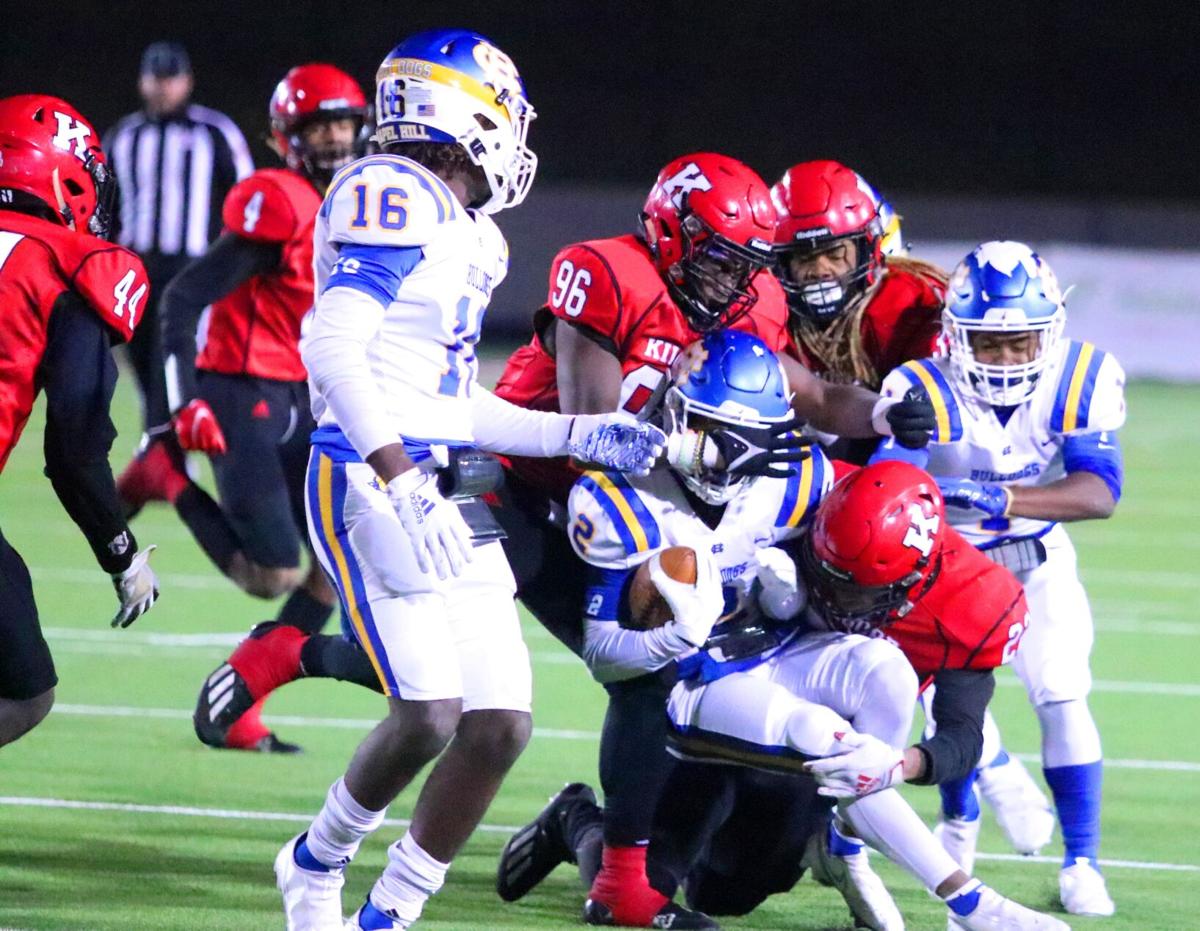 Kilgore defenders Zaelen Matthews (96) and Chris Ervin (22, at right) wrap up Chapel Hill’s Llonzo McGregor. Kilgore finished 2021 with an 11-2 record, and as the District 9-4A, Division I champion. 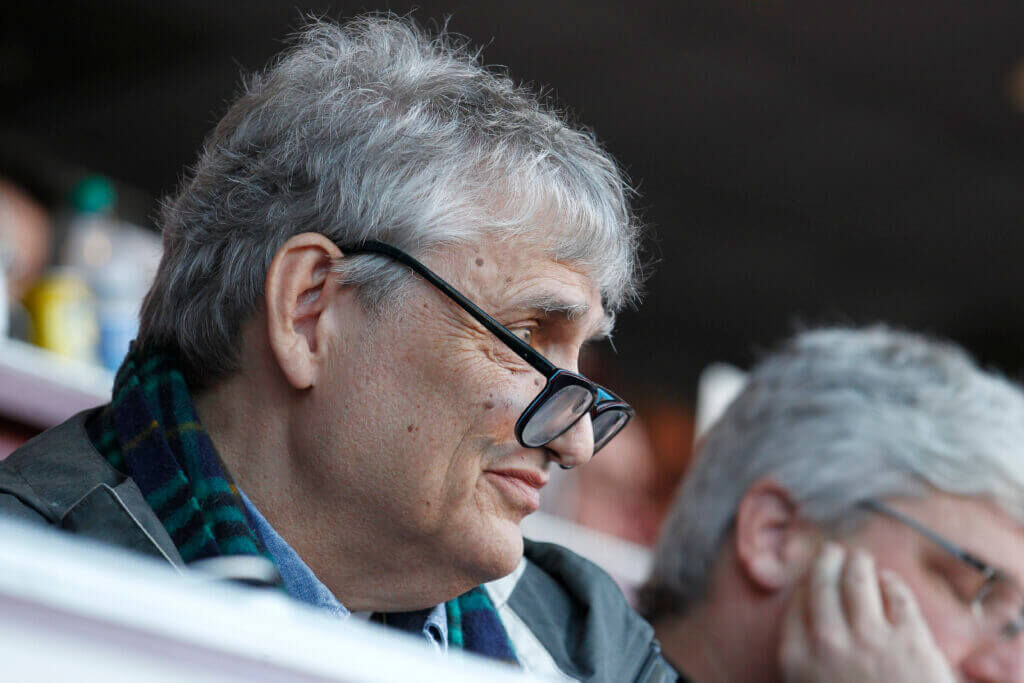 Cecil Hurt (above, left), legendary sports editor of The Tuscaloosa News for nearly four decades, passed away this week from pneumonia. Hurt was 62. 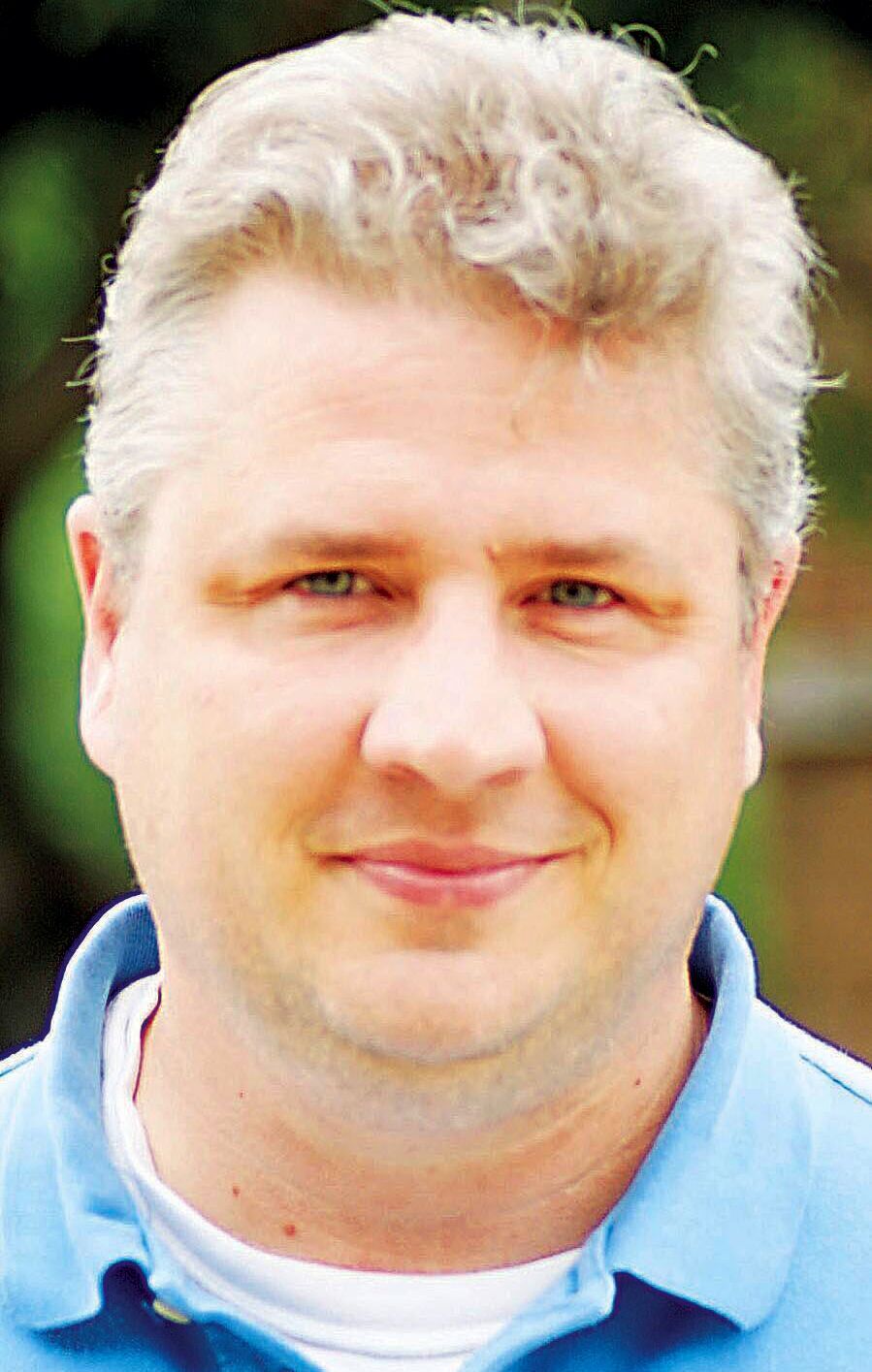 Kilgore defenders Zaelen Matthews (96) and Chris Ervin (22, at right) wrap up Chapel Hill’s Llonzo McGregor. Kilgore finished 2021 with an 11-2 record, and as the District 9-4A, Division I champion.

Cecil Hurt (above, left), legendary sports editor of The Tuscaloosa News for nearly four decades, passed away this week from pneumonia. Hurt was 62.

What would Cecil do?

That’s what ultimately went through my mind as I searched for words for this column – the first one I’ve written in quite a while, and I’ll explain that later. But after Kilgore lost the two-overtime third-round football playoff game to Chapel Hill Friday night in Tyler, I found myself empty.

I am human, after all, and It was without question a hard way to end what has been such a phenomenal season. And it would have been that for the losing team, no matter what.

But it’s my job to remind you, the community, what this season was: the building block, the cornerstone, the foundation of something that can ultimately be an unbelievably-good ride, a season that – while it stings with defeat right now – should be looked at as nothing but success.

Who’s Cecil? Well, bear with me. We’ll get there.

This is year number 28 for yours truly covering football. Well, that, and everything else that we cover. And the end of a football season – because of the travel, because of the emotional investment, because of the friendships and relationships that develop over time, because of a myriad of reasons – is never easy. Sometimes, it’s a thrill: a trophy lifted, accomplishments sealed, smiles all around. Coach Fuller has been a part of that a few times, most recently at Pleasant Grove. And we’ve had that here in Kilgore.

Still, sometimes it’s abrupt, like it was Friday night, as Kilgore players, likely still in shock of the moment, of the end, of the finality of it. It’s the end of careers for some, the seniors, and let’s face it, even if they continue to play football at the next level, they’ve suited up to represent the Ragin’ Red for the last time.

There’s no sugar-coating that.

But there is perspective. And I’ll make a confession now.

Before every season, I write down on a Post-It note what I think Kilgore’s win-loss record will be. I put that away, but obviously, it’s in my memory. My youngest, Ashtyn, is a Hi-Stepper for KHS, and a volleyball player. She’s very much invested in Kilgore football, as most of this community is.

She knows about the Post-It note tradition. Few do: this is the first time I’ve disclosed it publicly.

That Post-It note this year had these numbers: 8-4, as in, eight wins, four losses, and a second-round playoff appearance. My reasoning behind that is for the coaching change, because transitioning is not easy, and as it’s been well-chronicled, even Nick Saban went 7-6 in his first season at Alabama.

No one should take that as a jibe at coach Clint Fuller. I was in the room when the Kilgore ISD board made the decision to hire coach Fuller, as former coach Mike Wood steered into coaching retirement, electing to serve KHS as its director of athletics, and KISD leadership split the AD job and the head coaching position in two.

I met Clint and his family that day and immediately saw the passion this guy has, not just for football, but in talking with him, his passion for getting his student-athletes to give their all, not just on the football field, but in life.

Friday night at CHRISTUS Trinity Mother Frances Rose Stadium (takes longer to write than to say it), we saw that play out. Kilgore goes up 17-0, then Chapel Hill rallies.

Second half, Kilgore rallies. The see-saw moved up and down, and finally, the play at the end, the interception in the end zone.

Columnists don’t get paid for saying “you win some, you lose some.” That’s not how it works here. It’s an axiom, of course. But when you’re dealing with emotions, nothing is ever that cut-and-dried.

Here it comes, you ready?

After having some hours to digest it, to study on it, yes, it was a rough ending for the 2021 Kilgore football season. It’s a game, sure, we’re talking about a game, not a pandemic, or a flood, or the aftermath of a tornado.

But keeping things in perspective, what a heck of a ride.

You may be angry now, or upset, or “what-iffing,” as we all do the day after a loss or a setback. But ultimately, there’s no way the 2021 Kilgore football team can be remembered as anything but one of the great teams in KHS history.

Winning is HARD. Winning 11 games is REALLY hard. Winning a district title is not like making cornbread. There’s a little more to it than that.

These accomplishments should be, and will be, noted by the players, coaches, all their families and fans for years, decades to come. Might as well start now, right?

OK, I owe you an explanation on Cecil.

Cecil is Cecil Hurt, the sports editor of The Tuscaloosa News, in Tuscaloosa, Alabama, for the last three and a half decades.

The Tuscaloosa News is the daily paper of record for west Alabama, where I grew up. My father (also named Mitch) was a devoted reader of the Tuscaloosa News, and of the Birmingham News, and would purchase them out of the rack every single day.

He for sure never missed Sundays, because that’s when the coverage of the Alabama and Auburn games from the day before would be in the sports section. And he would read every word, but especially those columns written by Cecil. Cecil, whose father played at Alabama, was just super intelligent, like so intelligent he was intimidating for many people – but not because he reminded you of it. Ever know anyone like that?

And Cecil always had a way with words, to say the least. It’s almost like, even if you watched the game or were there, nothing was real until you read what Cecil had to say about it in Sunday morning’s paper.

And he was well-read.

If you’re familiar with the SEC Network, you might recognize the name Paul Finebaum. Finebaum was a columnist for the Post-Herald, the Mobile Register, et al, and is now hosting his one-time radio show live on the SEC Network. Finebaum mentioned this week that he once sat by Cecil at an Alabama basketball game, and during halftime and time-outs, Cecil was reading a copy of The Catcher in the Rye.

Cecil was a mentor of mine. I started writing for newspapers in the 1994 football season, and by 1997, I was sharing a press box with Cecil, Finebaum and most of the big-name beat writers for Alabama, Auburn, Mississippi State, Ole Miss and so on, on a regular basis.

But Cecil taught me things not just through his columns, but his mannerisms, his professionalism, and even through restraint.

Thanksgiving Day, 1997, an Alabama-Auburn game on national television at Jordan-Haire Stadium in Auburn. Alabama is leading the game, in its final moments, running out the clock. Cecil, Finebaum, myself and the crew all watching, along with 84,000 Alabamians for which the Iron Bowl is an every-day event, not just a yearly happening.

Rather than call a run, and keep the clock running, Alabama offensive coordinator Bruce Arians called a pass in the flat to fullback Ed Scissum on third down and 8, with Alabama up 17-15 at its own 36-yard-line. Time is running out, and Auburn had one time out. If Scissum gets the first down, Alabama all but seals the win, because Auburn could only stop the clock once.

Scissum fielded the ball and made a football move, right at the line of scrimmage. He clearly caught it. He turned to take the ball upfield – and was promptly drilled by an Auburn defensive player.

What happened next seemed to take an eternity, but only in mere seconds – you know, much like Kilgore’s loss Friday night to Chapel Hill.

Scissum scrambled for the ball, as did everyone. But an Auburn player fell on it in Alabama territory, with 42 seconds left. The Tigers kicked the go-ahead field goal with 18 seconds left, and won the game, 18-17.

Cecil stood quietly, observing what had happened, taking in the finality of the moment.

The media – a ton of us – were escorted to Auburn’s press room, awaiting Alabama coach Mike DuBose and his comments. As the lead columnist and sports editor of the Tuscaloosa News, Cecil would get the first question.

Cecil stood quietly in the press room, the rest of us incredulous at what we’d seen play out. He could’ve also been a prisoner of the moment, as most of the room covered Alabama regularly, and Cecil at that point had covered the Crimson Tide for 20-plus seasons. He had, no doubt, seen the great and the galling.

DuBose came in, and sat down. He called on Cecil for the first question.

Eloquent as always, Cecil simply asked DuBose what was the thinking on the game’s final sequence. DuBose, under the pressure of one of the worst seasons Alabama had ever had, answered this:

“I should have been more involved in that situation, Cecil,” DuBose said, noting Cecil by name. “If we don’t drop the ball and get a first down, it is a good call. If we drop the ball, it’s a bad call. But I won’t second guess.”

Cecil could have hung DuBose and Arians out to dry in his column – Alabama fans were angry, after all, and wanted someone’s head.

But Cecil took the higher road, as he always did, and what could have been a rabble-rousing column calling for DuBose’s firing turned into a great explanation of the process of the play call, and the thinking behind it.

In short, Cecil eased the pain a bit. That’s what Cecil always did. He made us feel better.

Cecil passed away this week, 62 years old, at the University of Alabama-Birmingham, of complications of a long bout with pneumonia.

I don’t hold anyone, really, up on a pedestal. But Cecil Hurt was someone I’ve patterned my career after. I haven’t written a “What’s Causing All This?” column in a long time, because our deadlines just don’t allow it (I have to be off the floor by 10:45 on Fridays, and that is NOT easy).

But I felt like we all could use a little reassuring after Friday’s loss to Chapel Hill. I hope, in some way, like Cecil Hurt, that I’ve been able to make you guys realize that Friday wasn’t the end to something. It was the beginning of a special ride.

If you see a Kilgore player, or coach Fuller and his coaching staff, shake their hands and tell them what a great job they did. One ending shouldn’t diminish that.

I’ll see you, Cecil. Thanks for the inspiration.