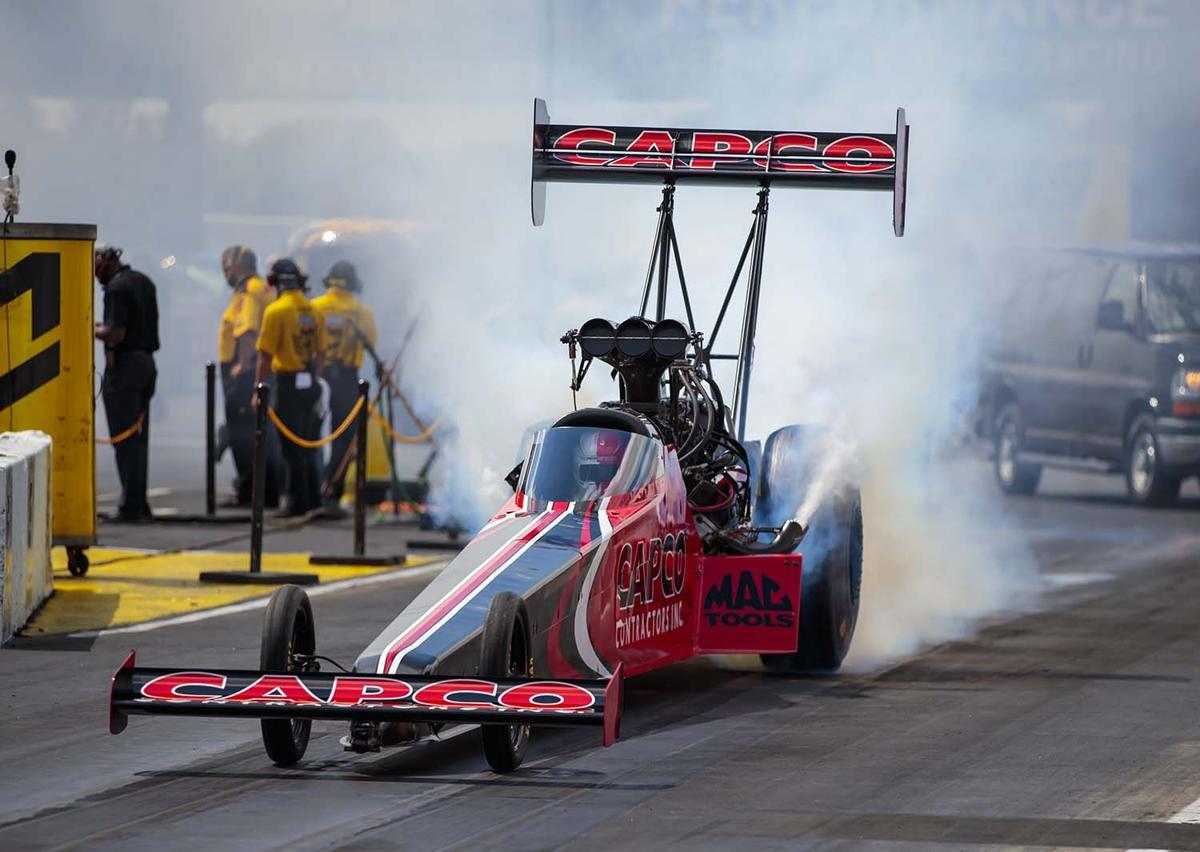 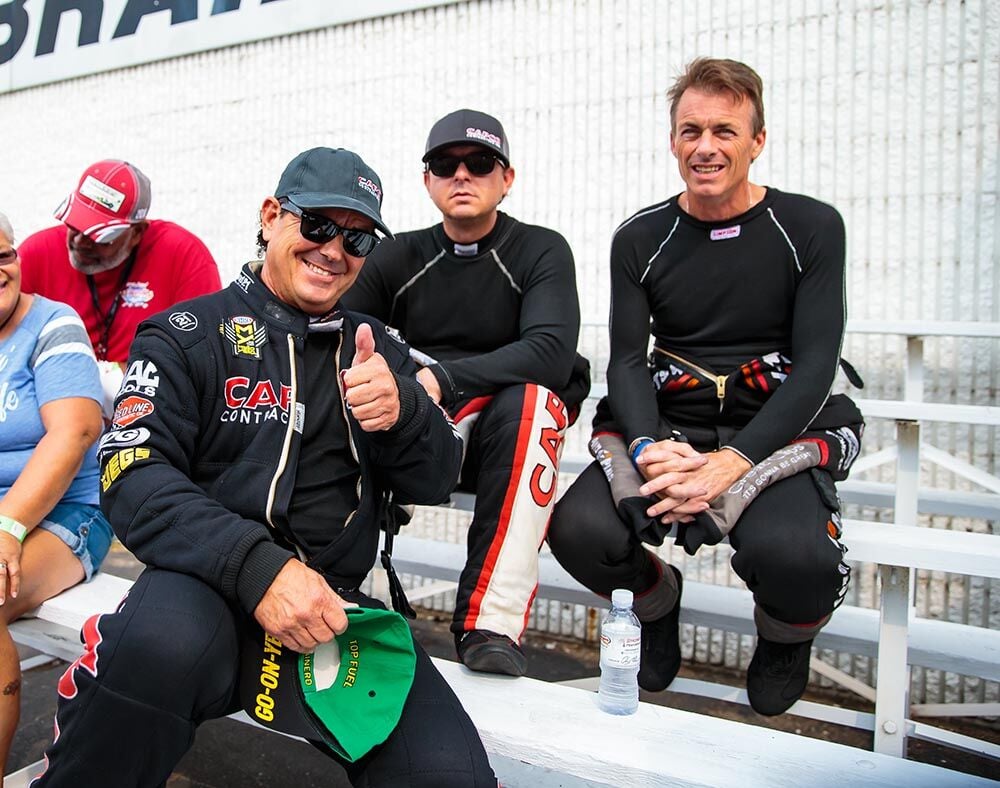 Billy Torrence, the most recent winner in the NHRA Mello Yello drag racing series, gives a thumbs up while sharing a moment with son and reigning World Champion Steve, second from right, and Top Fuel rival Clay Millican, far right.

Billy Torrence, the most recent winner in the NHRA Mello Yello drag racing series, gives a thumbs up while sharing a moment with son and reigning World Champion Steve, second from right, and Top Fuel rival Clay Millican, far right.

INDIANAPOLIS, Ind. – A week after his dad beat him in the semifinals of the E3 Spark Plugs Nationals at Lucas Oil Raceway, reigning world champion Steve Torrence of Kilgore returns to the same track with a chance to restore the balance of family power and, at the same time, close the gap on current point leader Doug Kalitta.

Last week’s result and Kalitta’s 111-point advantage notwithstanding, it would be difficult to consider anyone other than the younger Torrence the Top Fuel favorite in Sunday’s Lucas Oil Summernationals, one of two special tour events created in the wake of the COVID-19 pandemic.

After all, the 37-year-old cancer survivor has won 10 of his last 21 starts at the wheel of an all-conquering Capco Contractors dragster and is coming off a stellar weekend performance in which he qualified No. 1 and posted the quickest time of eliminations (3.756 seconds) before running afoul of dad Billy in the latest chapter of what is becoming one of the sport’s most celebrated rivalries.

The fact is, over the last two years, the elder Torrence is the only driver among the 25 who have opposed his son who doesn’t have a losing record against him. The two are 3-3 during that span and each has a final round victory over the other. Steve beat Billy last year at Topeka, Kan. before Billy turned the tables last fall in St. Louis.

Significantly, they are just the second father-and-son finalists in NHRA Top Fuel history (after the late Scott Kalitta and dad Connie, who raced for the championship at the 1994 NHRA Gatornationals at Gainesville, Fla.) and the first to oppose one another more than once.

“We’re both really competitive,” Torrence said of his dad, the founder and CEO of Capco Contractors, a Texas-based oil-and-gas pipeline construction business that also is an active sponsor of drag racers and drag racing at the professional, sportsman and Jr. Dragster levels. “He wants to beat me as bad as I want to beat him.

“It’s really fun because (he) taught me how to drag race when I was a kid,” said the 37-time pro winner. “I grew up racing Super Comp and Super Gas with my mom (Kay) and dad. That’s what we did. Then a couple years ago, I had the opportunity to teach him how to drive a Top Fuel car – and here we are.

“I’m probably not a very good teacher, but when you have a really good student, somebody who listens when you say do it this way, even if you can’t explain why, it makes a big difference,” said the champ. “I’m really proud of him and I’ll tell you one thing, neither one of us is out here trying to get a participation trophy.”

Between them, the Torrences have won 35 times in just the last three-plus seasons – and that’s with Billy not running all the events. Nevertheless, despite his success, the elder Torrence is perfectly content racing an abbreviated schedule.