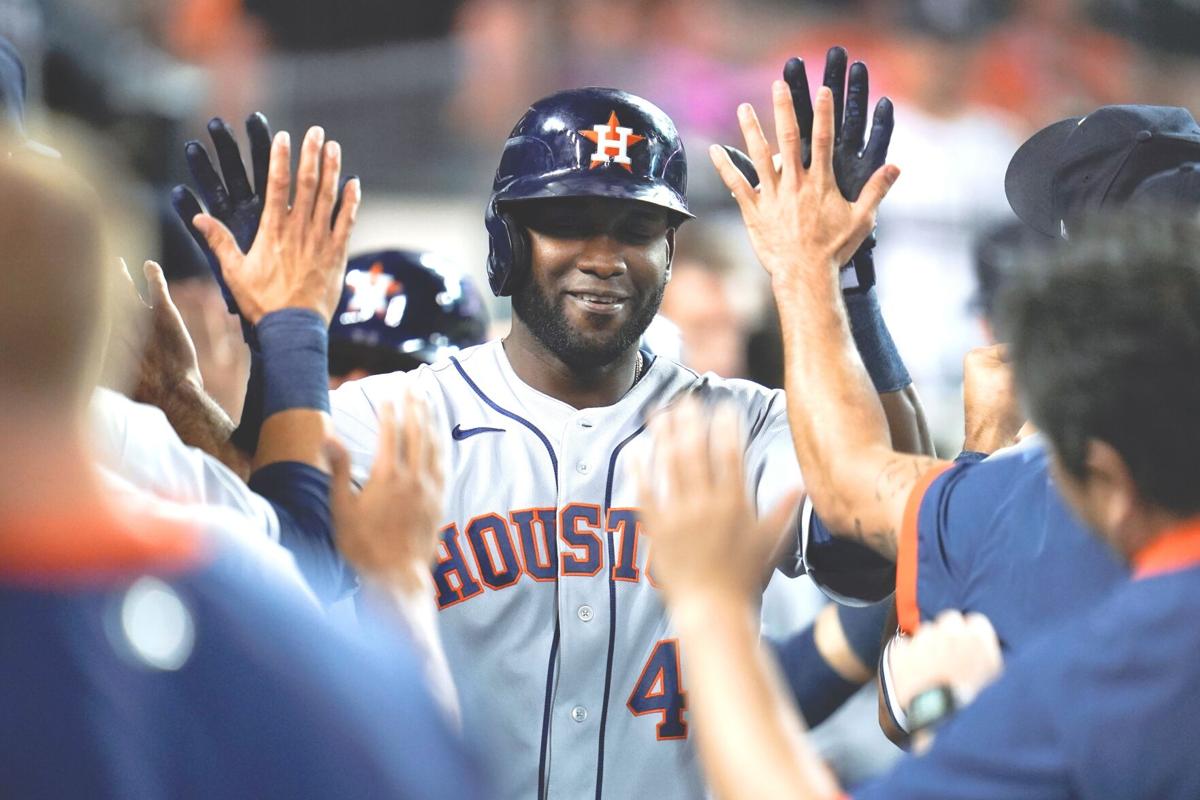 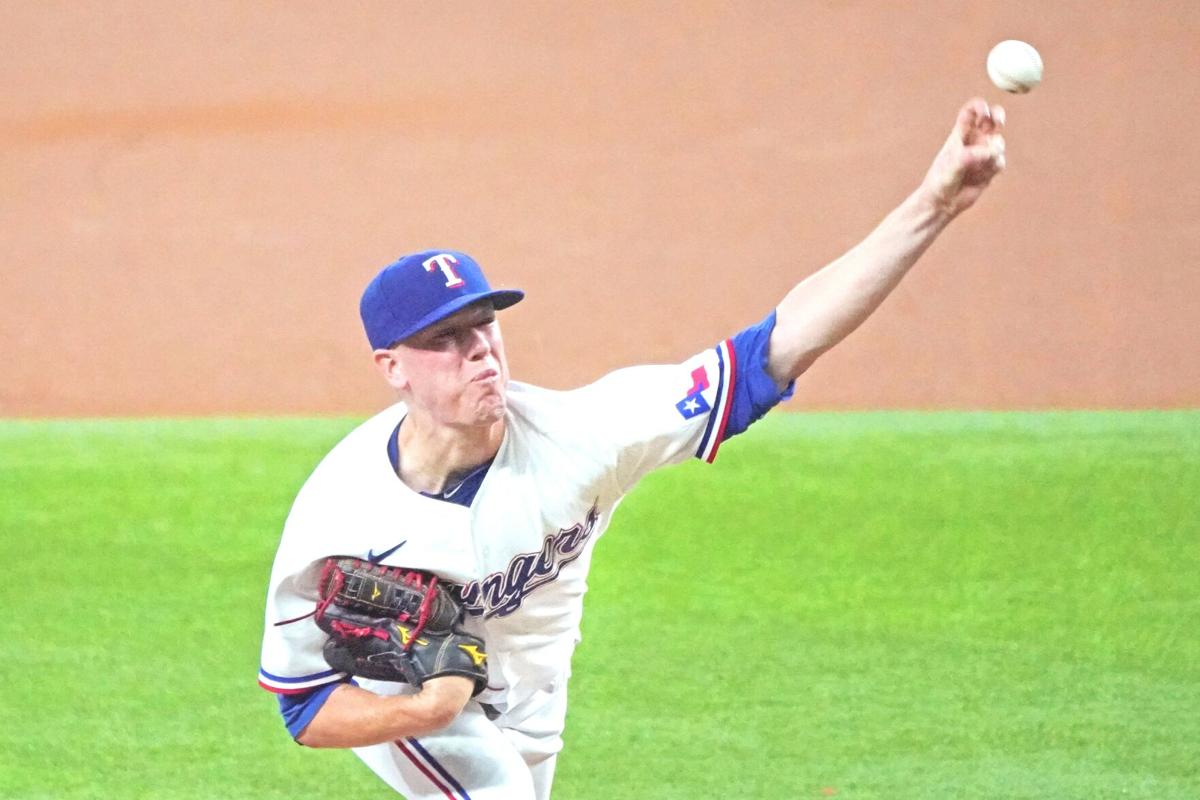 Texas starter Kolby Allard went six innings in a loss at home to Oakland on Thursday night. Below: Houston’s Yordan Alvarez celebrates after hitting a grand slam in the ninth inning against Detroit on Thursday, a 12-3 win; it was Houston’s 11th straight victory.

Texas starter Kolby Allard went six innings in a loss at home to Oakland on Thursday night. Below: Houston’s Yordan Alvarez celebrates after hitting a grand slam in the ninth inning against Detroit on Thursday, a 12-3 win; it was Houston’s 11th straight victory.

The night was a microcosm of both their seasons.

The Houston Astros started a new series in Detroit, where they turned a 10-game winning streak into an 11-game one with a convincing 12-3 victory Thursday night. The Texas Rangers? A 5-1 loss at home to Oakland on Thursday, with whom they split a four-game series.

The Rangers were to open a new series at home Friday night against the Kansas City Royals, which continues today with a 3 p.m. start, and another game Sunday at 1:30 p.m. Texas is 27-48 on the season, and last in the American League West.

The Astros, on the other hand, are 47-28 overall, lead the AL West and have the second-best record in all of Major League Baseball; only the San Francisco Giants of the National League have a better one. They play in Detroit today at 3 p.m., and Sunday at noon.

Oakland 5, Texas 1 (Thursday): Chris Bassitt is on quite a roll for the Oakland Athletics since being their opening day starter and then losing his first two games. He hasn’t lost since.

Bassitt limited Texas to five singles while pitching seven innings to win his eighth consecutive decision, the longest winning streak by an American League pitcher this season, as the A’s beat the Rangers 5-1 on Thursday for a series split.

Since losing to Houston on April 1, and then against the Los Angeles Dodgers five days later, Bassitt (8-2) had gone 8-0 with a 2.95 ERA in 14 starts. It is the longest winning streak in his seven big league seasons, the last six with Oakland.

Jed Lowrie drove in runs with a single and a no-doubt home run for the A’s (46-31), whose four-game split dropped then behind Houston in the AL West. The A’s arrived in Texas having led the division for all but one day since April 19.For Texas, left-hander Kolby Allard (2-3) managed to make it through six innings. The only other run he allowed was Lowrie’s 433-foot homer to straightaway center leading off the fourth.

Texas got its only run after Eli White was hit by a pitch leading off the second, moved up two bases on the same wild pitch and scored on a groundout. White also had two singles and is 8 for 15 his last four games.

Joe Barlow, a 25-year-old right-hander selected by Texas in the 11th round of the 2016 amateur draft, made his major league debut and struck out his first two batters in a perfect eighth. “The maturity level, you could see he was calm out there,” manager Chris Woodward said.

“This has obviously been a lot of fun,” Correa said. “I feel really good, and everyone is getting good at-bats. The pitchers have been great, and we’re all making plays.”

“This team expects to win, so they aren’t really talking much about a winning streak,” Astros manager Dusty Baker said. “We’re hitting the ball well and we’re getting pitch counts up by the fifth or sixth inning. That’s a huge advantage.”

“Everyone is working together to do this,” Astros catcher Martín Maldonado said. “We’re seeing the ball well and we’re getting big hits.”

“I think Luis should be an All-Star,” Correa said. “He deserves it with the way he pitches every time he’s out there.”