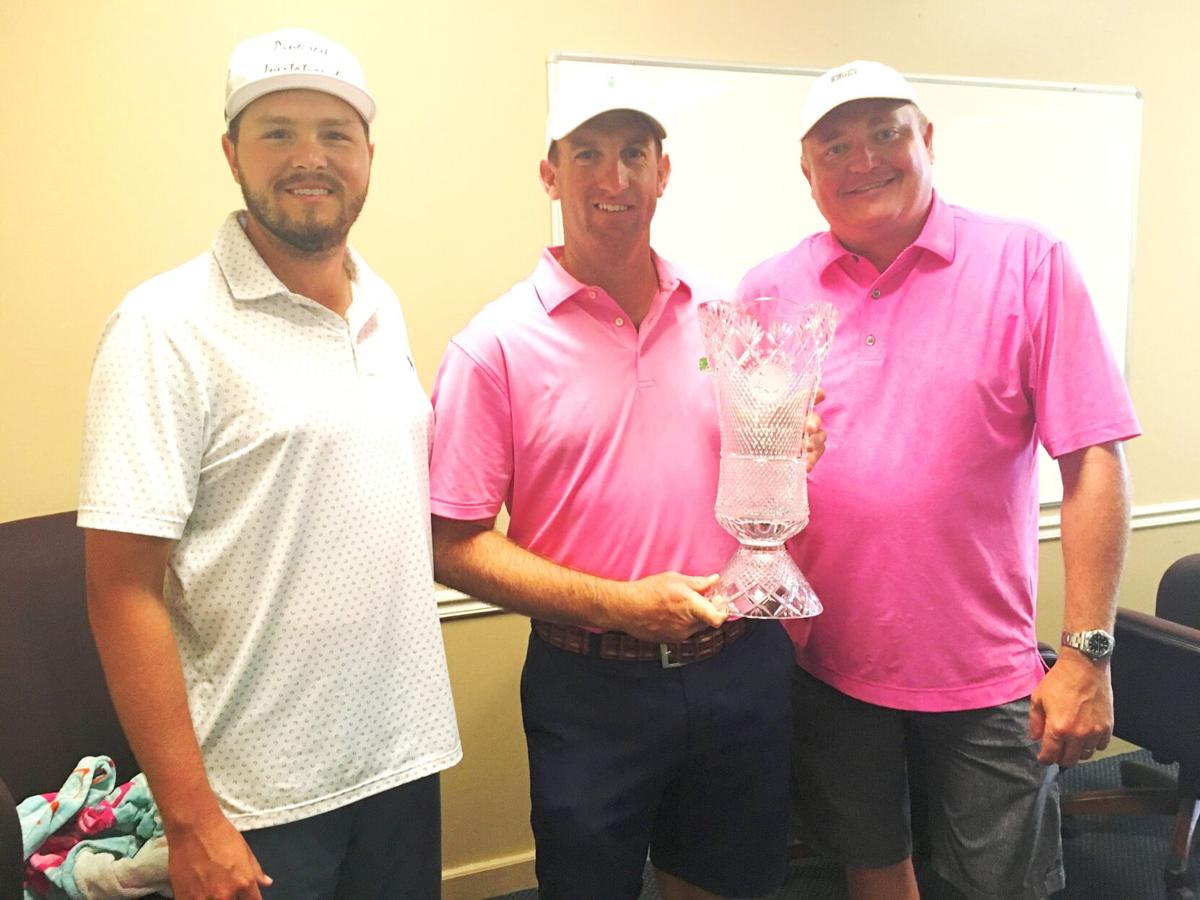 Fort Worth’s Andrew Pressley (center) claimed his second Energy Weldfab Meadowbrook Classic title in three years Sunday, holding off Andrew Koonce by three strokes — and the thunderstorms by a matter of moments, as the tournament concluded just minutes before lightning returned to the area. Also pictured: Michael Clements (left), of Energy Weldfab, and Alan Clark (right), himself a Classic champion. 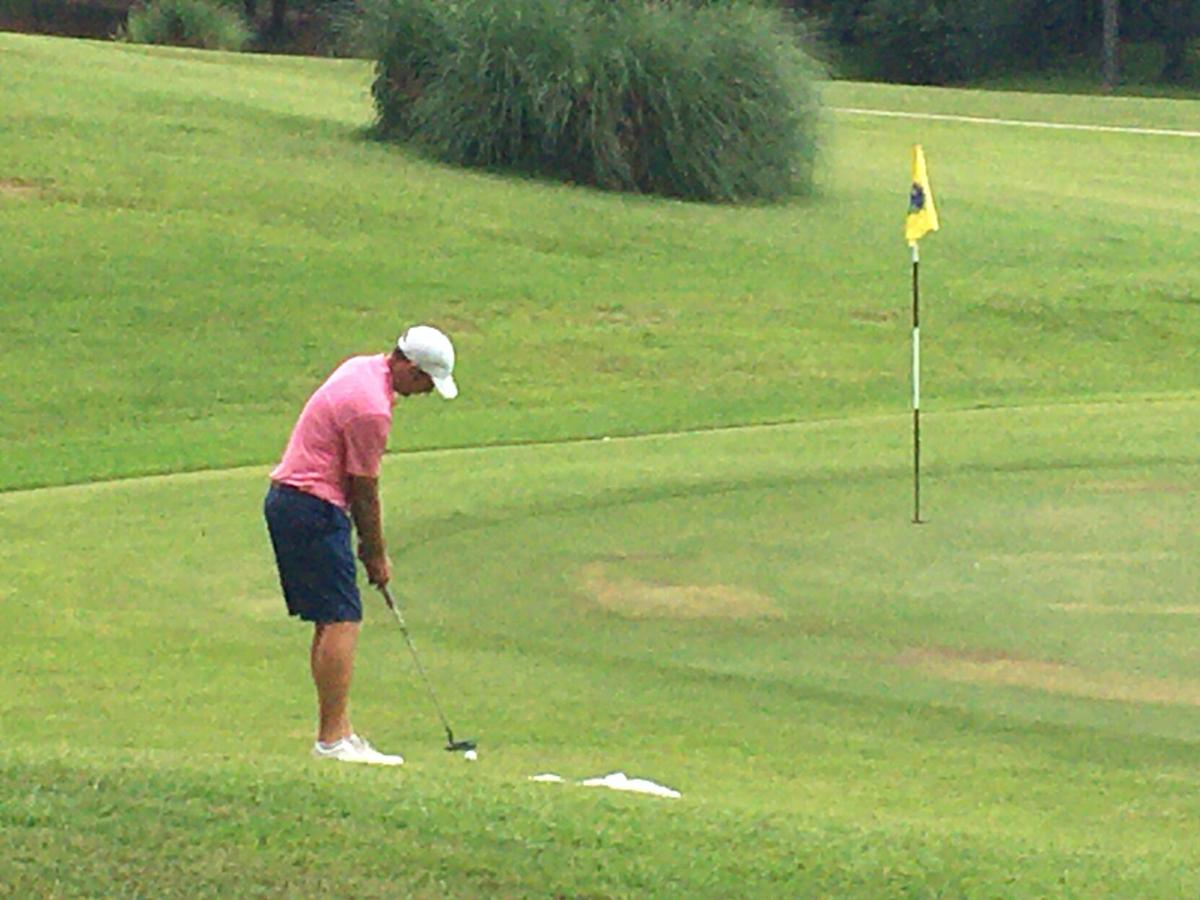 Fort Worth’s Andrew Pressley (center) claimed his second Energy Weldfab Meadowbrook Classic title in three years Sunday, holding off Andrew Koonce by three strokes — and the thunderstorms by a matter of moments, as the tournament concluded just minutes before lightning returned to the area. Also pictured: Michael Clements (left), of Energy Weldfab, and Alan Clark (right), himself a Classic champion.

Second verse, same as the first, two years ago?

Well, if the shoe fits, wear it.

Golfers in the 84th playing of the Energy Weldfab Meadowbrook Classic battled the heat all weekend, the rainy weather on Sunday, and a challenging course that one man conquered just in time, as the weather returned that evening.

Andrew Pressley of Fort Worth won the Classic for the second time in three years, not crossing the plain of par during the three days of competition at Meadowbrook Golf and Event Center. Pressley, a former collegiate golfer at LSU and then TCU, fired a scorching-hot 66 on day one (Friday), a 71 on day two, and a 70 on Sunday for a three-day total of 207.

That included matching rival Andrew Koonce on 15, both sticking shots on the green and then making the putts that followed. He struggled briefly on 13 and 14, but never lost his lead and regained his composure to finish strong.

Koonce gave him a strong run for his money. He shot par – 72, of course – on the first day, 71 on the second day and saved his best for last, a 67 on Sunday, good for a three-day total 210. But Pressley just didn’t make enough mistakes for Koonce to take advantage.

The team competition, began in 2000 when the tournament was rebooted to become more of a homecoming event, was won this year by Don White, Steve Long, Gary Harrison and Craig Hughes (120-125-245).

Andy Reames shot 78-84-44-206 to finish first in the Pine Hurst flight – the Pine Hurst and Colonial (the third and fourth flights) were shortened to just nine holes per player, rather than the usual 18, due to storms on Sunday morning, in an effort to ensure the championship flight was played and completed on Sunday.

Craig Hughes was second in the Pine Hurst (211), and Bubba Clark, Joe Elwood and Grant Payne all finished tied for third (214 by each man).