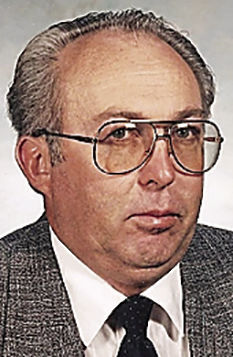 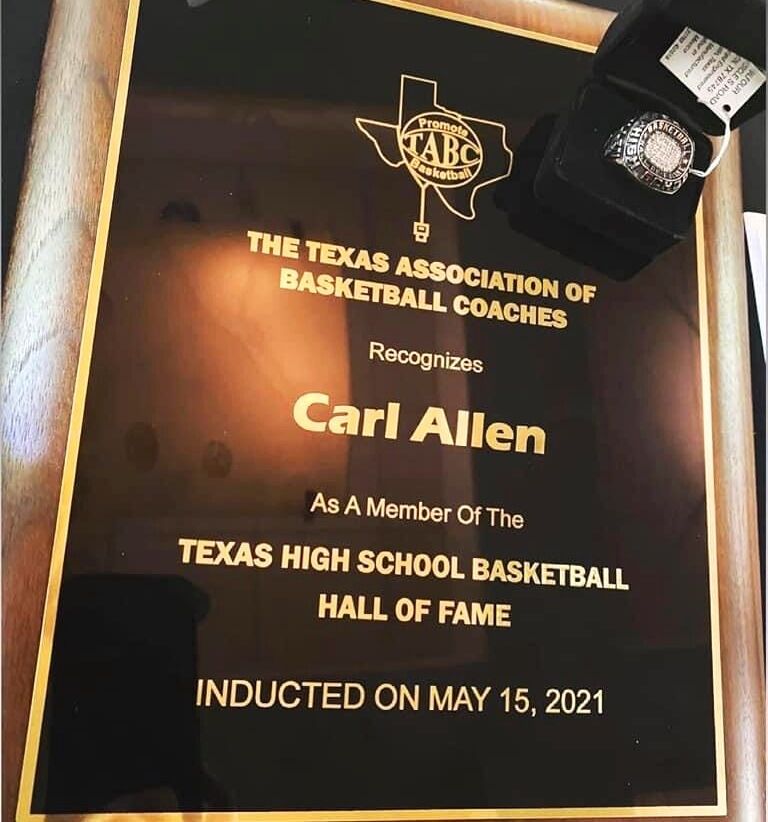 Carl Allen, the stately gentleman on the bench who likely forgot more about basketball than most people ever learn, and who guided Sabine High School to back-to-back state championships in the 1980’s, has been inducted posthumously into the Texas High School Basketball Hall of Fame.

Allen was inducted with other well-deserving, impactful basketball figures from around the state in the event on Saturday in San Antonio, during the Texas Association of Basketball Coaches annual clinic.

“These players and coaches in the Class of 2020 are among the best of the best,” said TABC Executive Director Rick Sherley. “They exemplify excellence both on and off the court, resulting in positive impacts on their school and Texas high school basketball.”

In the release from the TABC on the hall of fame inductees, here’s what was said about Allen:

“(Coach Allen) was boys head coach at Waskom and Sabine High Schools. His teams won 714 games. He led his teams to 14 playoff appearances, 12 district championships, four state tournament appearances and two state championships at Sabine in 1980 and 1981. The 1981 team went undefeated with a 34-0 record.”

Joining coach Allen in the Texas High School Basketball Hall of Fame, from their profiles as part of the TABC’s release:

Bill Doty, Player: Clear Creek High School, was a three-year starter for legendary coach George Carlisle. He helped lead the Wildcats to three consecutive state tournament appearances in 1960, 1961and 1962. During that span, the Wildcats compiled a 109-10 record. He averaged more than 24 points per game as a senior and collected more than 1,100 rebounds during his career.

Erin Grant, Player: Graduated from Mansfield High School in 2002 after leading them to four consecutive state championships in 1999, 2000, 2001 and 2002. She is the only Texas high school player to win four straight state titles. She was named Miss Texas Basketball in 2002. She was named first team All-State all four years while leading them to a 145-6 record.

Buddy Hawkins, Coach: He was the head girls’ coach at Winnsboro High for 29 years. His teams won more than 800 games, and made 21 playoff appearances in 29 years. He led them to 14 consecutive district championships, 12 state tournament berths and three-straight state titles in 1999, 2000 and 2001.

Samantha Morrow, Coach: The head girls’ basketball coach at Mansfield, Summitt and South Grand Prairie High Schools. With more than 600 wins, her teams made 18 playoff appearances in 19 years, won 10 district championships, and won four consecutive state championships at Mansfield in 1999, 2000, 2001 and 2002. She led Summitt to the state semifinals in 2007 and led South Grand Prairie to the regional finals in 2017.

Back to coach Allen.

He was 714-189 in his career, which included five seasons at Waskom and 27 years at Sabine.

When Allen passed almost 10 years ago, it was said that his coaching philosophy was that winning was important, but teaching respect was even more important. Allen, it was said, believed most of all that athletes should be good, upstanding Christian young men, and he tried to live that example in front of them.

“Coach Allen was very instrumental I the way I have approached my coaching career,” said Bo Barrow, longtime coach and teacher at Sabine and one of Allen’s students and players from 1979-82. “His businesslike approach helped develop many young athletes into very successful men. His advice he gave me I still use to this day in my teaching and coaching endeavors. There will only be one Carl Allen.”