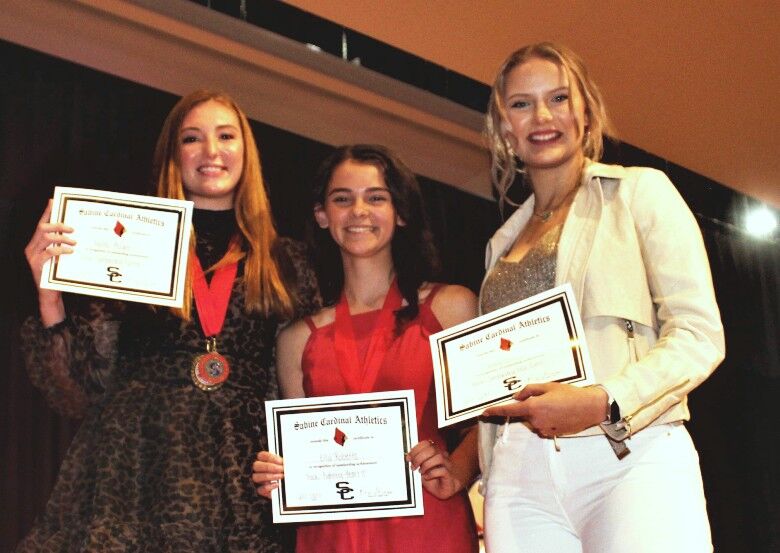 Sabine girls and boys track award-winners (above) were just a handful of honors presented Wednesday night at the school’s annual all-sports banquet. 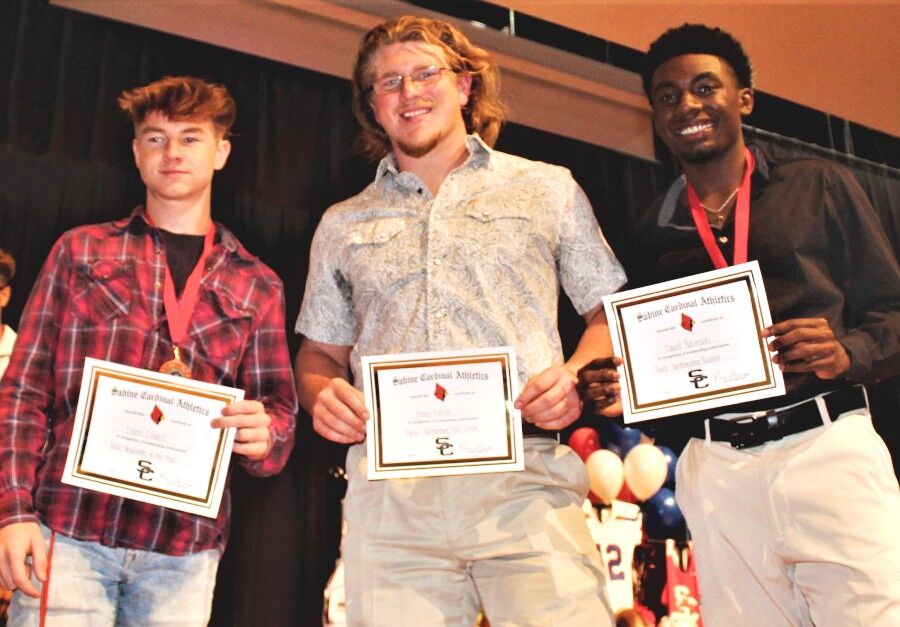 Sabine girls and boys track award-winners (above) were just a handful of honors presented Wednesday night at the school’s annual all-sports banquet.

Baseball is still playing – and that’s a great thing – but Sabine High School held its annual all-sports banquet on Wednesday, recognizing achievements in athletics for the entire school year.

Emma Logan and David Robinson were named girls and boys outstanding runners in cross country, respectively, and Jace Burns was named Sabine football’s most valuable player for the 2020 season.

Tessa Peterson was named newcomer for girls powerlifting, and Kaden Richardson was newcomer of the year on the boys powerlifting team. Tayla Calico and Camden Ward won girls and boys powerlifting’s most improved. Libby Thomburgh was named outstanding lifter for the girls team, and Kile Stripland for the boys.

Matt Morgan was named outstanding boys player in tennis, and Katie Stansbury and Jasmine Morgan shared that honor for the girls tennis team.

Special thanks to Marvin Hillhouse for his work on this story, and for photos.