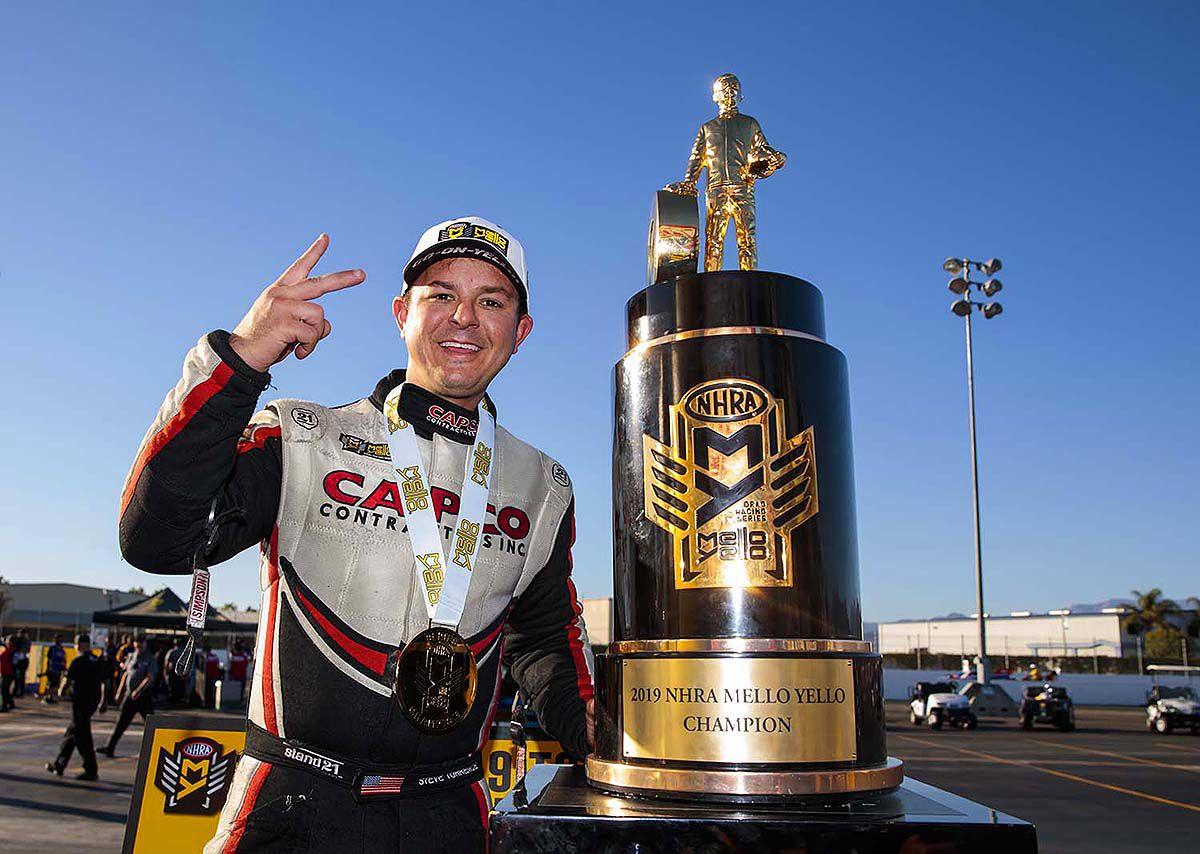 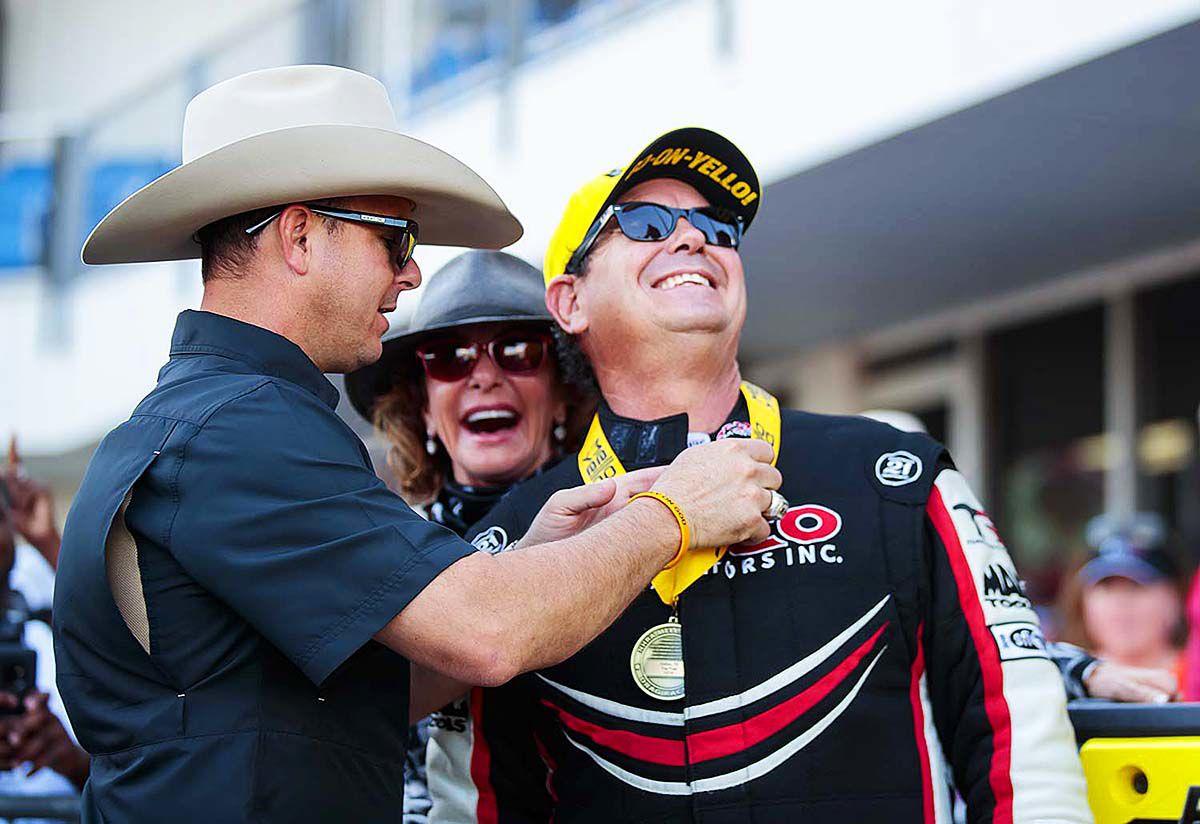 NHRA Mello Yello Top Fuel champ Steve Torrence (left) puts a medal around the neck of dad Billy, after the elder Torrence earned the second of his two NHRA wins in 2019, as “Momma Kay” watches with a laugh. The 2019 season was a banner one for the CAPCO racing team.

NHRA Mello Yello Top Fuel champ Steve Torrence (left) puts a medal around the neck of dad Billy, after the elder Torrence earned the second of his two NHRA wins in 2019, as “Momma Kay” watches with a laugh. The 2019 season was a banner one for the CAPCO racing team.

Steve Torrence fell just short in his bid to become the first driver in NHRA Top Fuel drag racing history to win 30 races in 30 months, but the 36-year-old cancer survivor’s 2019 season added some significant achievements to his growing competitive portfolio.

Not only did he hoist the trophy after a second consecutive Mello Yello championship, joining an elite group of seven other Top Fuel drivers who have prevailed in back-to-back campaigns, he also became just the seventh driver, regardless of category, to win as many as 60 rounds of racing in a single season.

From April 30, 2017 through Oct. 30, 2019, 30 calendar months, Torrence drove his Capco Contractors Top Fuel dragster into the winners’ circle on 29 occasions. No other Top Fuel or Funny Car driver has been more prolific.

Perhaps even more impressive than his singular success was the production of Team Capco as a whole. That’s because Capco founder and CEO Billy Torrence made some history of his own as the first part-time pro to qualify for the Countdown, ultimately finishing fifth.

Although he raced in only 16 of 24 events overall, Billy Torrence advanced to six final rounds and won four races, two of them in the six-race Countdown to the Championship. Ironically, it was his victory in an all-Capco final round at the AAA Insurance Midwest Nationals at St. Louis that denied his son his 30th win in three years.

Significantly, there was at least one Capco car in the final round at 18 of the 24 events and, on two occasions, it was an all-Capco affair with Steve winning in Topeka, Kan., before Billy prevailed in St. Louis.

The team will take a couple of months off, and then start the NHRA’s 2020 season. That’ll happen in Pomona, Calif., on Feb. 6-9, for the 60th annual Lucas Oil Winternationals. The 2020 season has 24 stops, just like last year.

And this time, Steve Torrence will be seeking a threepeat.