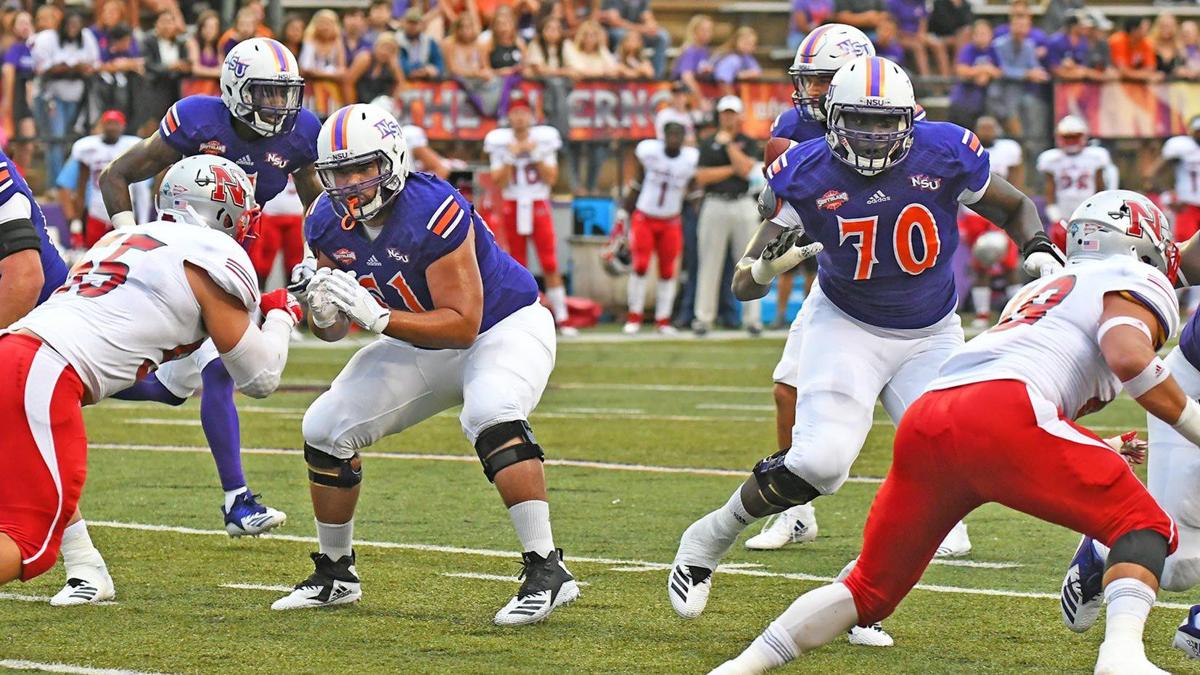 Kilgore’s own Jonathan Hubbard (70), who just finished his collegiate career playing offensive line at Northwestern State University in Louisiana, has signed a contract with the NFL’s Miami Dolphins. 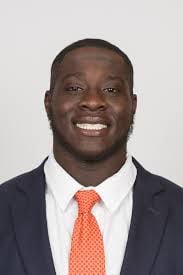 Kilgore’s own Jonathan Hubbard (70), who just finished his collegiate career playing offensive line at Northwestern State University in Louisiana, has signed a contract with the NFL’s Miami Dolphins.

Last week, with all the predicting and figuring on the NFL Draft and possible landing spots for quarterback Tua Tagovailoa, who would have ever guessed that a former Kilgore High School standout might wind up as one of Tagovailoa’s protectors?

Jonathan Hubbard, a Kilgore alumni who just completed his senior season at Northwestern State University in Natchitoches, La., signed a free agent contract with the Miami Dolphins on Sunday morning.

Hubbard, listed at 6-foot-4 and 292 pounds, is the latest in a long line of Kilgore offensive linemen to have success at the collegiate level: Britt Mitchell and Michael Huey (both at the University of Texas), Lon Roberts (Louisiana Tech University) and Blayne Cole – another Northwestern State alum – are just a few.

The News Herald wasn’t able to contact Hubbard, although attempts were made, but he did give the public a little insight on his mindset last week, just prior to the start of the draft.

“Been praying I’ll get that call since I was a kid,” Hubbard wrote on his Twitter account, @Hubb68. “Draft week.”

Hubbard didn’t get the call during the draft but ultimately did, and now joins the Dolphins, a franchise that hasn’t had much success in recent years – really since the retirement of legendary quarterback Dan Marino in 2000 – but could enjoy some soon.

The Dolphins hope they drafted their franchise quarterback in Tagovailoa, the number five pick in the draft, and added a lot of offensive linemen with him: they drafted three, and then added Hubbard as a free agent, along with more help in other positions, including Brandon Jones, a former Texas defensive back who faced off against Hubbard when both were in high school. Hubbard, of course, played for the Ragin’ Red; Jones is from Nacogdoches.

According to Northwestern State’s sports information department, Hubbard was a starter in 11 of the Demons’ 12 games in 2019, and 21 of 23 games the last two years. That offensive line went through 517 pass attempts and only allowed a sack roughly 4 percent of the time.

Hubbard was part of an offense that set school records in pass yardage in each of the last two seasons.

past two seasons with Hubbard starting 21 of a possible 23 games in that stretch, primarily at tackle.

“This is a great opportunity for Big Hubb,” Northwestern State head coach Brad Laird said, courtesy of Jason Pugh, of Northwestern State SID. “He’s a very talented offensive lineman with good feet on the edge and the ability to play inside. He put himself in this position as he great as a player and as a person over the last year.”

The Dolphins are used to seeing great things from former NSU alumni: one of Miami’s greatest players ever, wide receiver Mark Duper (who played with Marino), also starred at NSU. Duper went on to be a member of the Dolphins’ Honor Roll and Walk of Fame.

After redshirting his first year at NSU (the 2015 season), Hubbard was a key factor on the Demons’ offensive line for the next four seasons, and parlayed that into a potential NFL career. He’s the first former Kilgore Bulldog to play in the NFL since defensive lineman/linebacker Eddie Jones did so briefly for the New York Jets in 2010.

Kilgore head football coach and athletic director Mike Wood got the news shortly after Hubbard signed with Miami. Hubbard was a big reason why the Bulldogs were able to get to the UIL Class 3A Division I state championship game against Carthage in the 2013 season, a 14-1 year for the Ragin’ Red.

“Proud of him,” Wood said, in a text to the News Herald. “Great young man.”