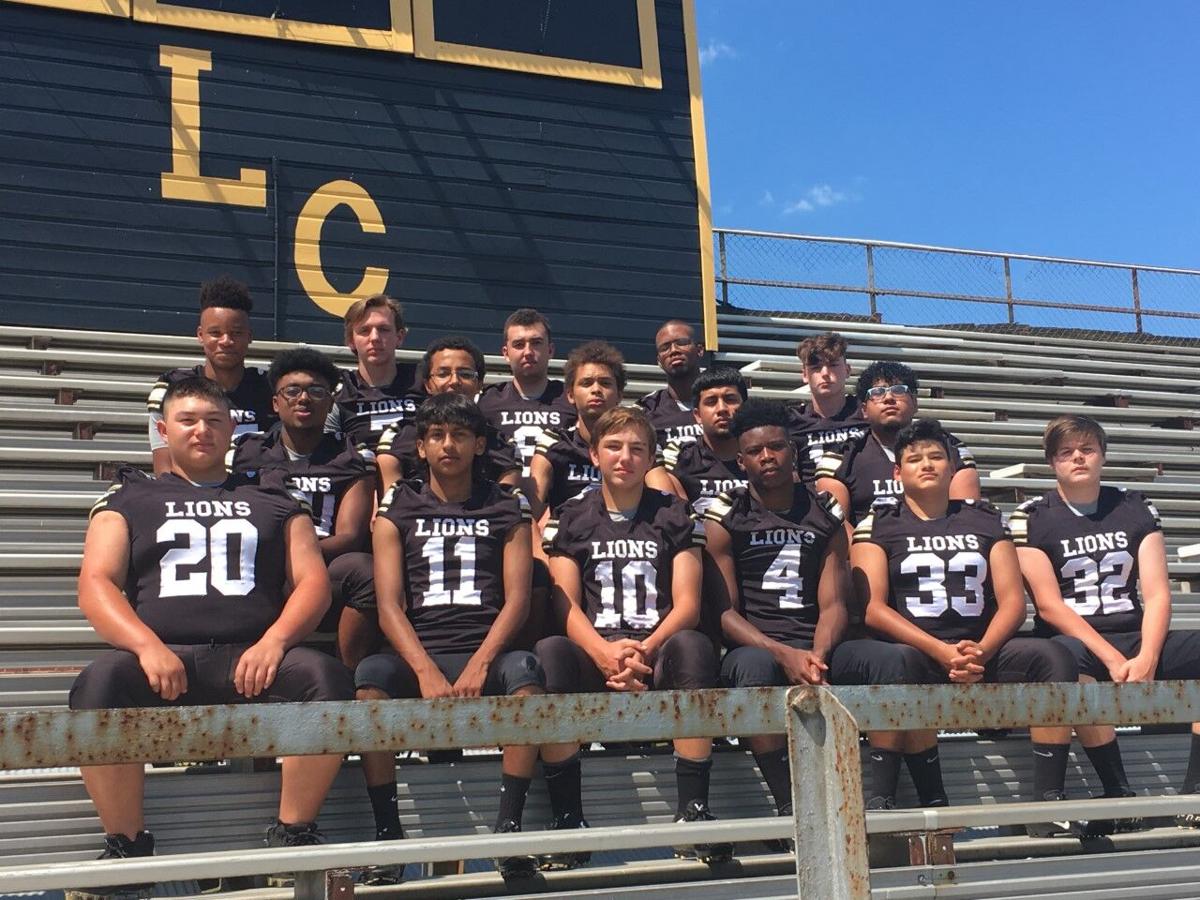 Leverett's Chapel's 2020 football team, with four seniors, is one of the most experienced six-man teams in the area. Coach Andy Bates says that experience could be enough to set the Lions apart, especially in the District 10-1A, Division I six-man race. (Photo by MITCH LUCAS) 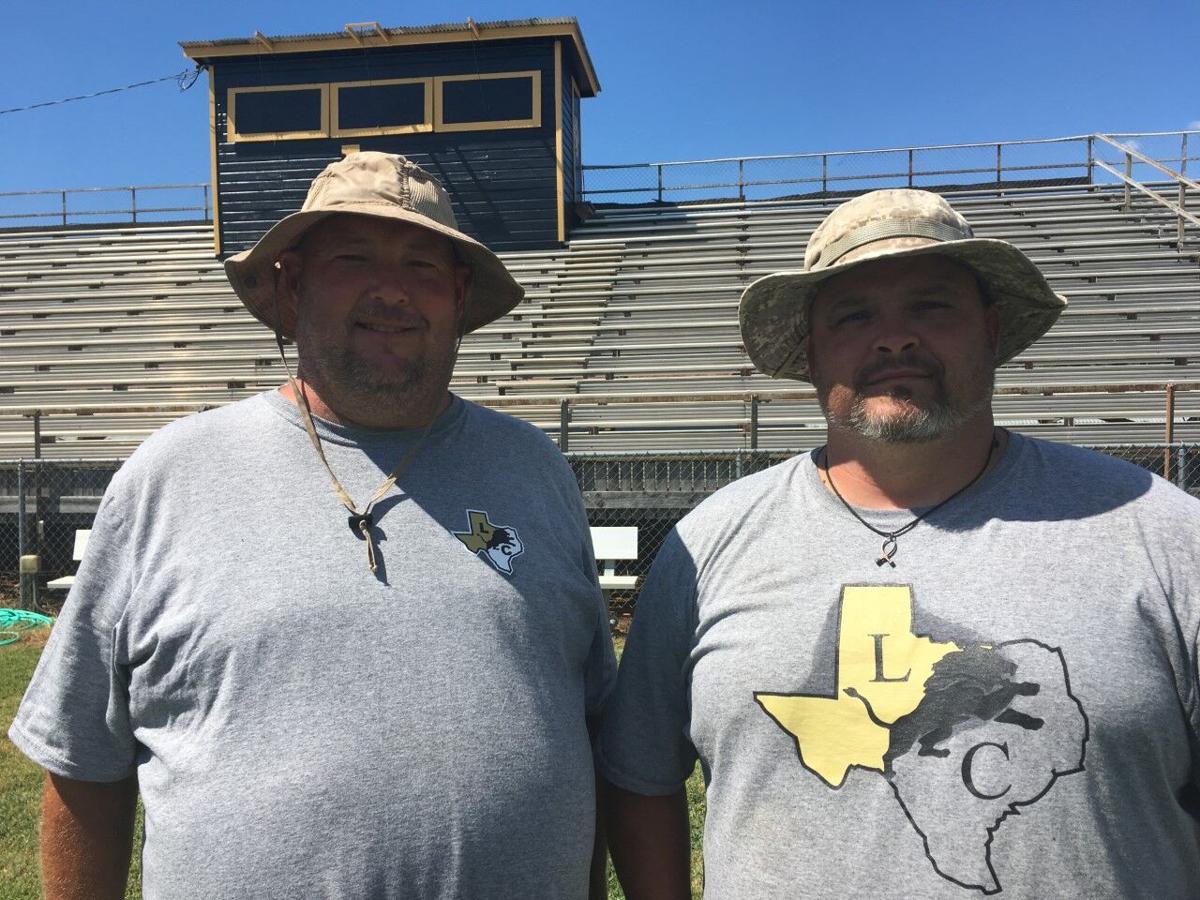 They're not brothers, but Leverett's Chapel coach Andy Bates (left) and assistant Jason Brooks have been together at the school for six years, a good coaching tandem for the Lions' football program. (Photo by MITCH LUCAS) 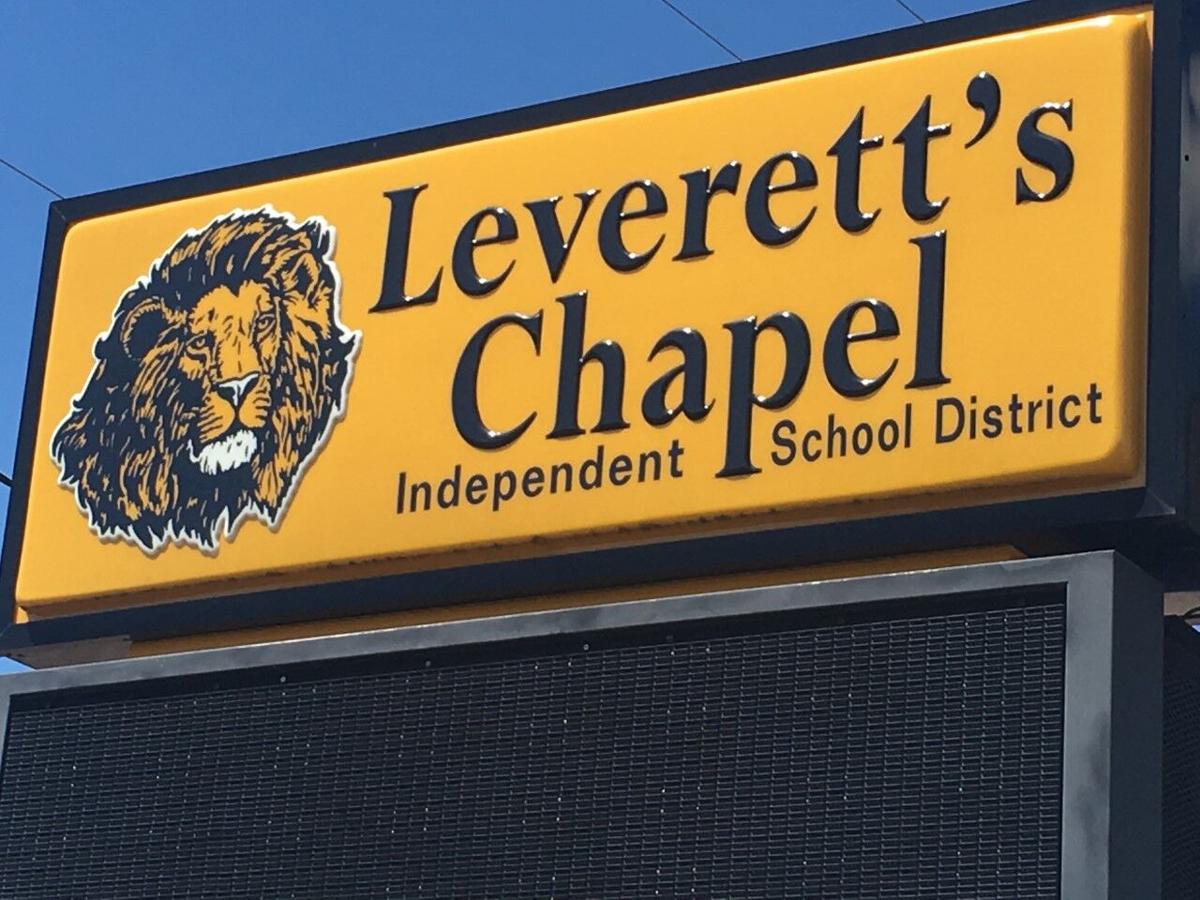 The lion greets all in Laird Hill, as the Leverett's Chapel football team prepares for another six-man season. (Photo by MITCH LUCAS)

Leverett's Chapel's 2020 football team, with four seniors, is one of the most experienced six-man teams in the area. Coach Andy Bates says that experience could be enough to set the Lions apart, especially in the District 10-1A, Division I six-man race. (Photo by MITCH LUCAS)

They're not brothers, but Leverett's Chapel coach Andy Bates (left) and assistant Jason Brooks have been together at the school for six years, a good coaching tandem for the Lions' football program. (Photo by MITCH LUCAS)

The lion greets all in Laird Hill, as the Leverett's Chapel football team prepares for another six-man season. (Photo by MITCH LUCAS)

LAIRD HILL – Things have been fairly predictable for Leverett’s Chapel football – and for everyone else in their district – the last few years, thanks to dominating play by Union Hill.

Bates, a longtime football coach but in his sixth season as head coach for the Lions, often has to deal with schedule changes. After all, six-man football in Texas means you’re two injured players away from a forfeit. And sometimes, teams that are scheduled to play won’t even inform you of a cancelation until the week of.

Such is the life of six-man football.

So the COVID-19 changes haven’t done a lot of damage to the Lions’ schedule. They’ll kick it off this Friday night at home against Willow Bend.

The Lions have a good mixture of classifications this year: four seniors, four juniors, three sophomores, and five freshmen.

Bates said he’d cite experience as his team’s biggest strength, and he didn’t say it, but he might also add this: the Lions, who are regularly in the playoffs and almost always win at least seven games a season, haven’t had any coaching turnover since Bates arrived. He and assistant coach Jason Brooks came as a tag team in 2015, and both are still plugging away there at Laird Hill.

Senior Alexis Chavez is back as the Lions’ spreadback, or what would be quarterback in regular 11-man football. Six-man football is way more wide open than 11-man; it’s not uncommon to see final scores that combine for 200 total points, due to the wide-open nature of the game. There’s also a mercy-rule score of 45 points, at the end of the first half or after.

After this week’s opener against Willow Bend, the Lions host home-school team the Tyler HEAT (Home Educated Athletic Team) next Friday, Sept. 4, and then visit Fannindel on Sept. 11. They’ll have at least two open dates this year (Sept. 18 and Oct. 9; that last one because district opponent Savoy elected to cancel its football this year).

LC visits Trinidad on Sept. 25, hosts Oakwood for homecoming on Oct. 2, has that Oct. 9 open date, and then faces Union Hill on the road in what might be the de facto District 10-1A Division I championship game.

The Lions finish out with a home game against Fruitvale (Oct. 23), and a road game at Campbell (Oct. 30).

With almost all their starters back from a 7-2 playoff team a year ago, the Lions can look to building up some confidence in a non-district schedule that no longer features Trinity School of Texas, Longview Christian or onetime rival Marshall Christian.

LC also doesn’t play Apple Springs this year, and the coastal team that had been in LC’s district – High Island – was relocated in the University Interscholastic League’s bi-annual re-alignment, so no four-hour one-way trip on a Saturday morning for a district game.

Fannindel, a regular LC opponent, went 3-6 a year ago, but returns its spreadback and a difference-making running back. Trinidad went 4-7, but made the playoffs and brings a lot of seniors for this 2020 run.

Oakwood, LC’s homecoming competition, might just be that – the Panthers went 8-5 a year ago and among their returners is quarterback Cooper Edgemon.

And then there comes that district schedule.

LC does catch a break: one of their open dates, Oct. 9, is right before they travel to Union Hill. And what does Bates expect from Union Hill, who has won the district the last few years?

“They still have talent,” Bates said. “I still think there the one to beat. Fruitvale and Campbell have new coaches, so we really don’t know what to expect there.”

Those coaches would likely love it if Bates and Brooks can blueprint a plan to take down Union Hill in that district opener.

The Bulldogs, coached by Josh Bragdon, went 10-2 last year and as mentioned, won the district title with a 3-0 record. They bring back five starters on both sides of the ball, and the most important one might be running back/ linebacker Clay Joyner. Joyner was the Bulldogs’ arguable best offensive player before suffering a season-ending injury in a playoff game.

Fruitvale went 3-6 and missed the playoffs a year ago, but plans to make amends for that this year, especially with High Island now not occupying that potential trouble-making spot. Among the Bobcats to watch are running back Jeremiah Corley and offensive and defensive lineman Pepper Koonce.

The Lions’ final regular season game this year will be on the road at Campbell on Oct. 30, unless there’s a schedule change. Campbell is kind of a mystery after playing an irregular schedule last year and getting a new coach – the Lions will have to beware of this spot on the schedule.