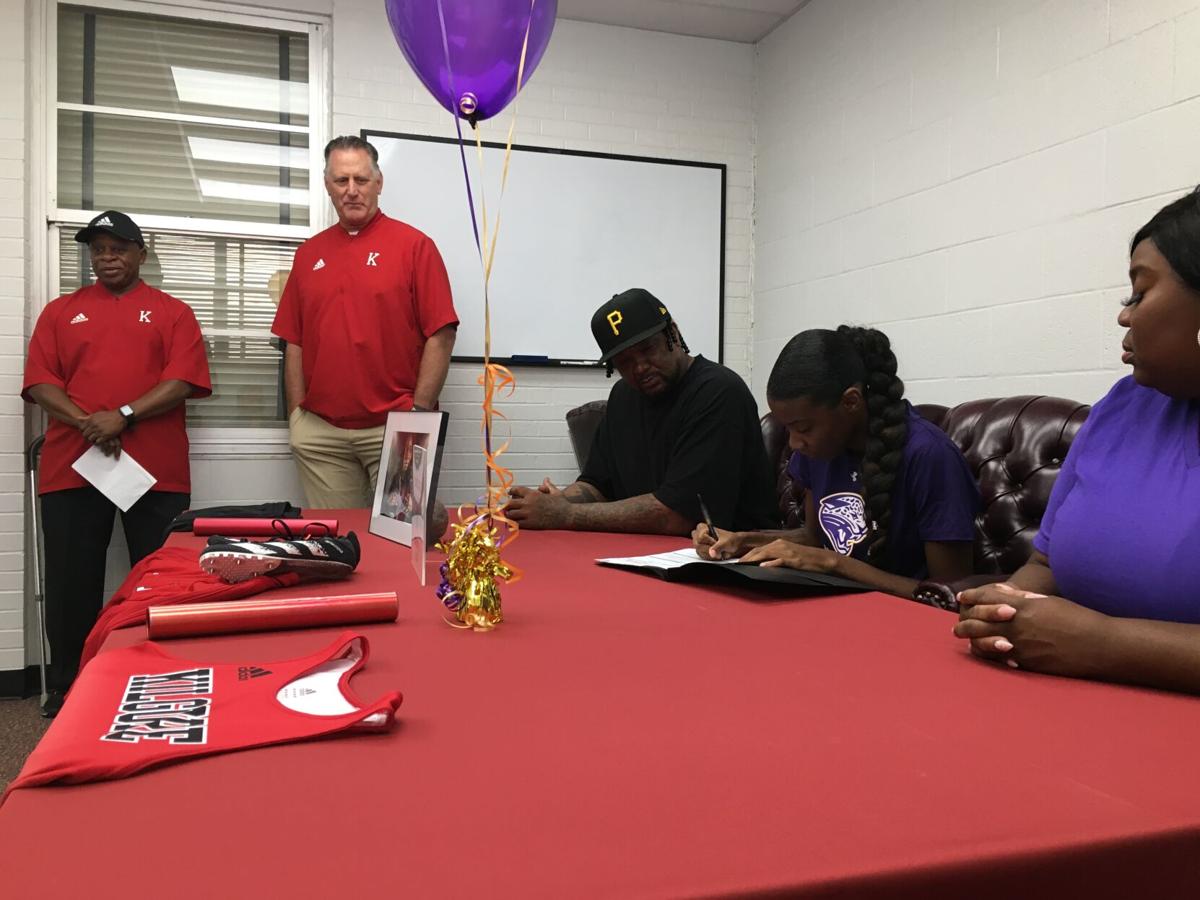 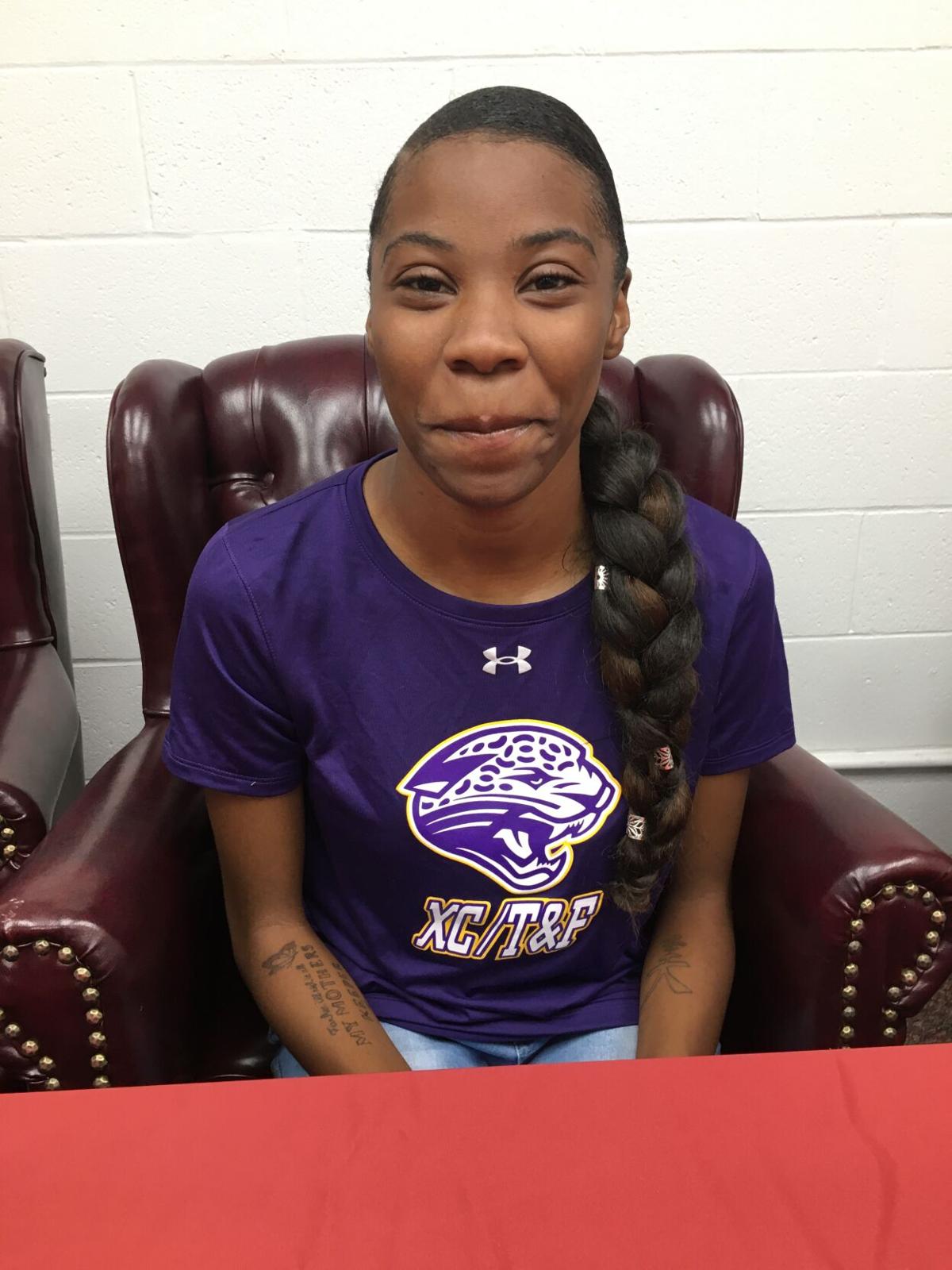 When Chicuquita Crain came from Kilgore Middle School to Kilgore High School for her freshman season, KHS girls track coach Robert Cooley didn’t know her, and didn’t know for sure what she could do on the track.

He discovered it quickly.

“I said to myself, ‘This little skinny girl can run,’” Cooley laughed, as he recalled practices from four years ago.

Crain has been proving herself at every track meet since, representing Kilgore with grace, class – and big ability. And now, she’s moving on to the collegiate level. Crain signed a letter of intent on Wednesday to continue her education and track career at Jacksonville College.

“We went for a visit yesterday,” Crain told the News Herald shortly before her signing. “I liked it a lot.”

They’re getting a good one, KHS athletic director Mike Wood told Crain’s friends, family and the media as she prepared to sign.

“I’ve said it a lot at all of our signings,” Wood said, “but there’s three things colleges look for when they sign these kids. They look for good athletes, first and foremost, and good people, and a good student. …We’re proud of her, and what she’s done here, and we look forward to keeping up with her.”

Wood asked Cooley to tell a bit about Crain’s career at KHS. He told the story about his first impressions of her, and then recalled the last few seasons.

He said early in her high school track career, the team went to Whitehouse for a meet, and Cooley’s notions were confirmed. “We set records at that meet,” he said. “The following year, we took her to Austin (for the state track meet) to see that 4X200 relay team run. She watched and she learned. Before long, she was winning the 100 (meter dash) and the 200. She went to area, and then regionals.

“And then COVID hit, in her junior year, and that was going to be our year. Even our district (rivals) were saying, ‘Hey, watch out for Kilgore.’ And everybody got shut down, couldn’t help it. She had a great year. We didn’t get to where we really wanted to be, but she had a great year.”

Crain made it to regionals and fell short of a berth at the state meet by a slim, slim margin in the 200 meter dash.

She’ll join a Jacksonville College track team that just completed its first-ever season and has a young, energetic coach in Kirby Shepherd, who coaches both the men’s and women’s track programs.

Not long ago, Shepherd talked about his recruiting philosophy in the Jacksonville Daily Progress, in a story by Jay Neal.

“Sometimes I find out about a prospect from a coaching contact, or from a former athlete that I have coached, who may have a teammate or a friend that he feels would fit in well here,” Shepherd said. “We also have a section on our (JC website) that prospective student athletes can fill out with whatever sport that they are interested in. This information goes directly to (athletic director) Ken (Hamilton) and he delivers it to the specific coach. …Recruiting is a lot of work, but we really enjoy it. We will do anything to help grow Jacksonville College, the program and the city.”

In April, at the East Texas Invitational at Texas A&M-Commerce, the program proved that Shepherd’s methods are working. The JC track team set 11 school records there.