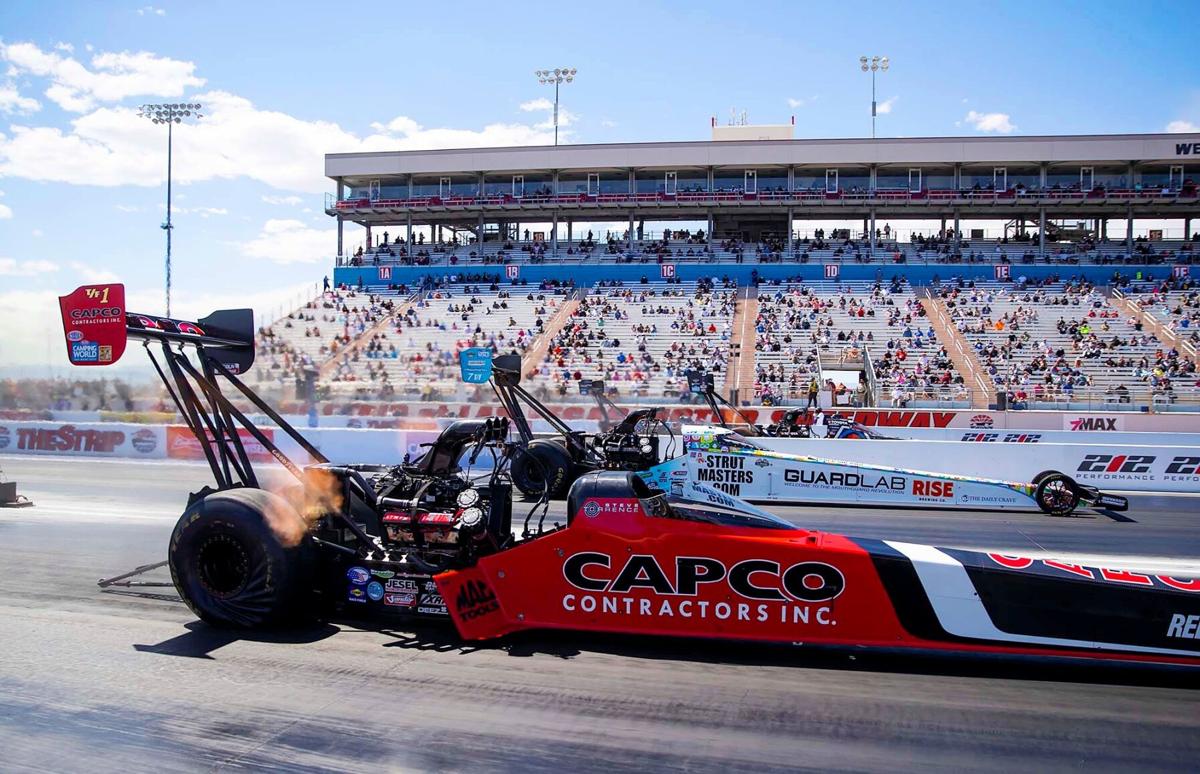 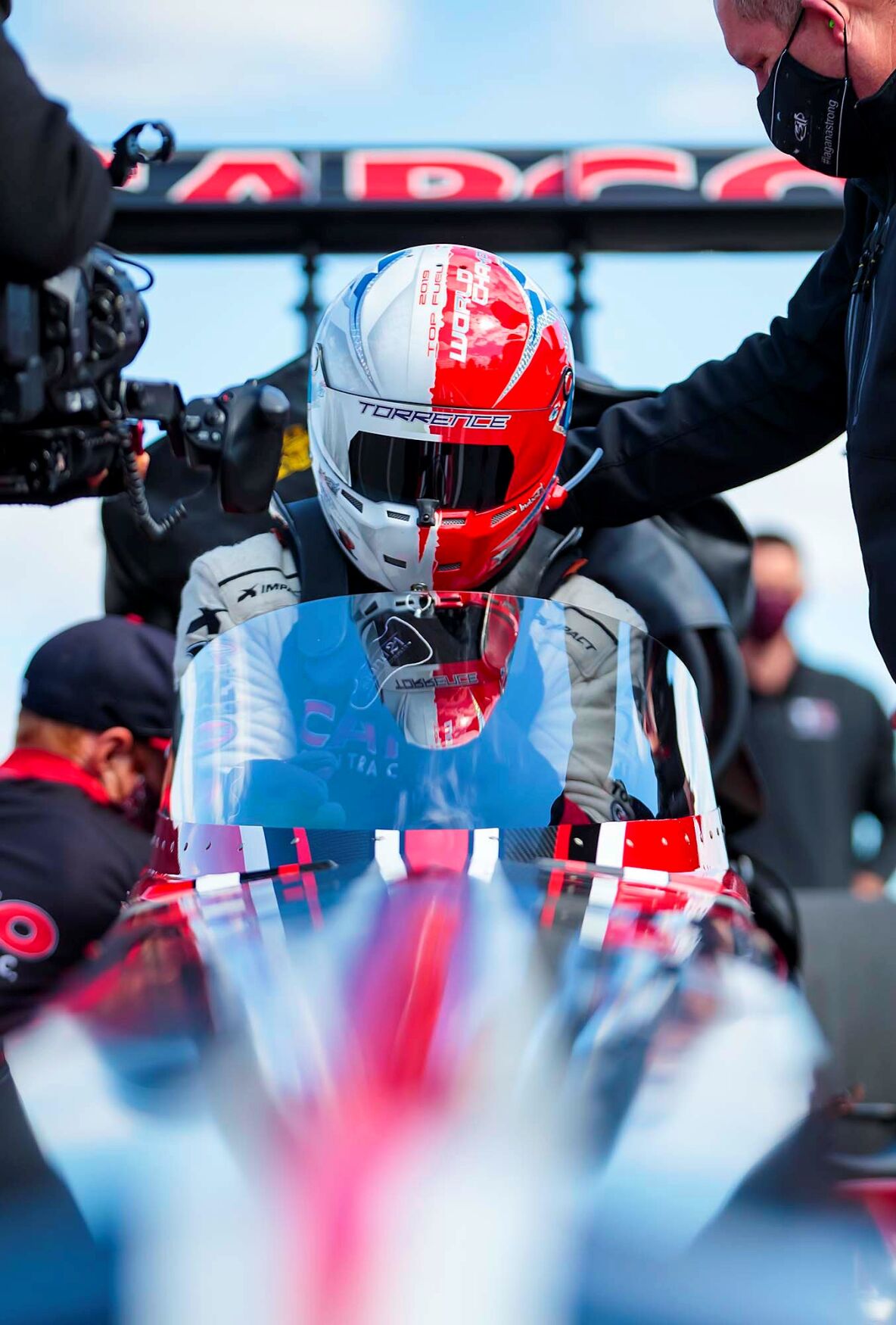 ATLANTA, Ga. – On the track on which he won his very first pro race, a track on which he’s won two of his last three starts, three-time reigning Top Fuel drag racing world champion Steve Torrence hopes to apply an exclamation point this weekend when he sends his Capco Contractors dragster after the Wally Parks winner’s trophy in the 38th Lucas Oil Southern Nationals.

It will be the last Camping World tour event contested at Atlanta Dragway, the latest track to become more valuable for its real estate than for its heritage.

The current Top Fuel points leader on the strength of his birthday weekend victory in the DENSO Four-Wide Nationals at Las Vegas, Torrence, from Kilgore, will start the abbreviated two-run qualifying process Saturday as the odds-on favorite.

Nevertheless, even though it is one of only four tracks on which he has won as many as three times during his career, weekend success is no sure thing for the 38-year-old Texan.

“It’s kinda been all or nothing,” the 41-time tour winner said of his Southern Nationals experience. “I got my first win at Atlanta (in 2012) and we won the last time we were there (in 2019), but I’ve DNQed there (in 2011, one of only four such stumbles in his pro career) and I’ve gone out in the first round a couple of times, too.”

Torrence agreed wholeheartedly with the assessment of Capco crew boss Bobby Lagana Jr., who told NHRA’s John Kernan that the biggest challenge of the weekend will be trying to develop a race day tune-up with only a bare minimum two qualifying runs, both on Saturday.

“You don’t have overnight to analyze the run that you did the day before (like you do in other events),” Lagana told Kernan. “The first run is so important to make it down to the finish line and just get a handle on what the track is going to hold.”

“As a driver, it changes your mindset,” Torrence said. “I know I’ve got to get it from A to B on that first run and get some data so those Capco Boys have a place to start. My guys are the best and they can almost always figure it out with three or four qualifying runs, but just having two runs adds to the stress.”

Lagana, whose younger brother, Dom, continues to serve as an inspiration to the team as he adapts to the physical challenges caused by a 2020 auto accident, is not unaware of the significance of this particular Southern Nationals.

“This being the last national event in Atlanta, that trophy is definitely going to have some extra meaning,” he told Kernan. “Whoever is going to walk away with that Wally (will) be able to look back and say that (he or she) won the last race in Atlanta. (It’s) something to talk to your kids and grandkids about.

“There’s a lot of good memories in Atlanta,” Lagana said, reflecting on the champ’s breakthrough Top Fuel win along with his dad Billy’s Super Comp title in 2016, “and maybe we’ll make another one this weekend.”

Torrence leads the NHRA Top Fuel points standings, with 184, going into Atlanta. Shawn Langdon, from Indianapolis, is in second (149) and longtime friendly Torrence rival Andon Brown (145), also from Indiana, is in a close third. Steve’s father, Billy Torrence, is in fifth (118).

See qualifying for the event today, from 2 p.m. until 4 p.m., on Fox Sports 1 (FS1), and on Sunday for an hour beginning at 10 a.m. The finals are on regular Fox network on Sunday, three hours of coverage beginning at 11 a.m.