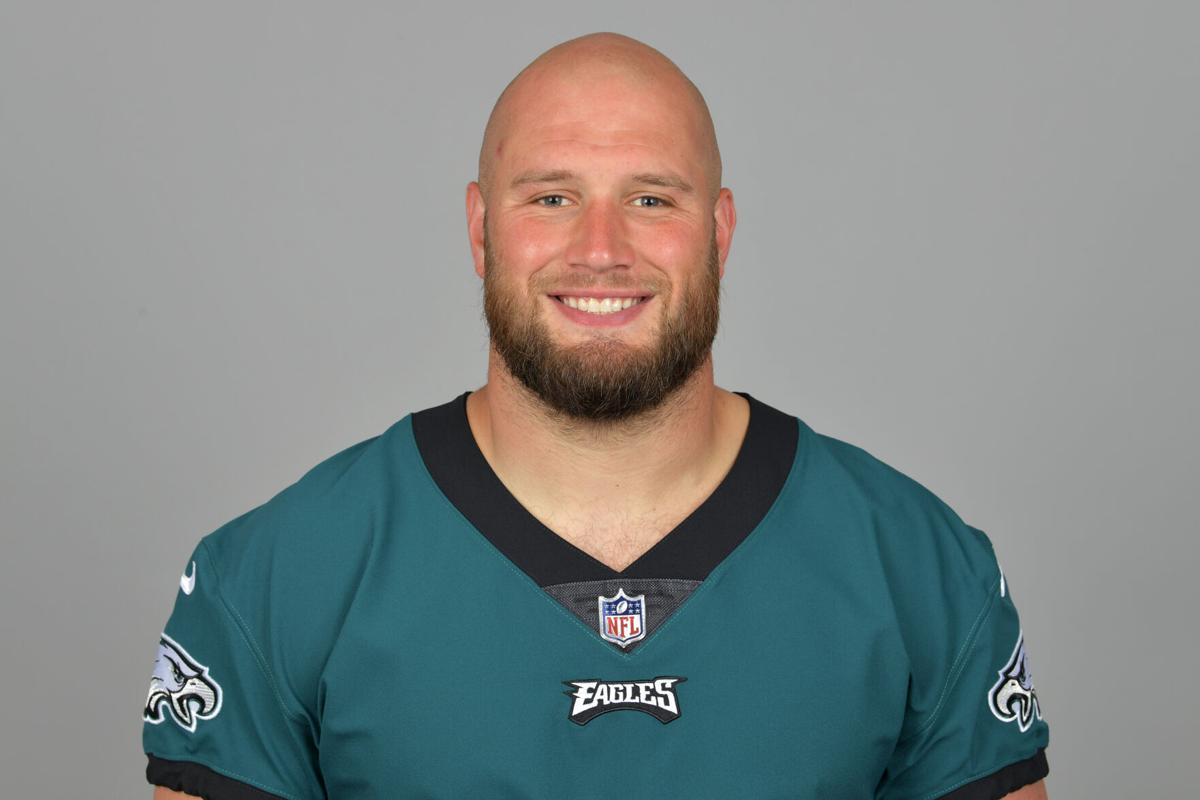 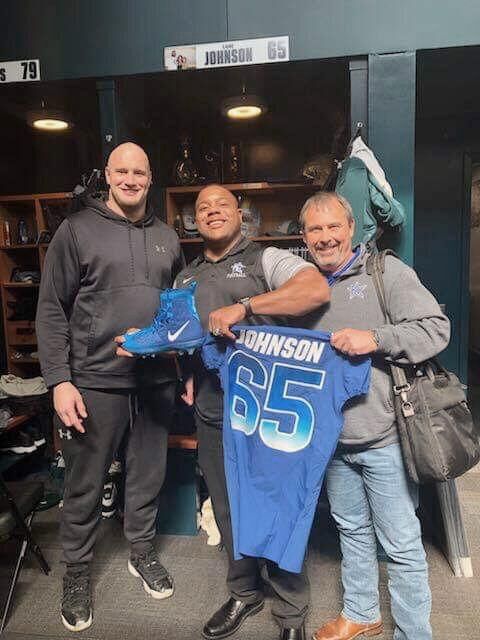 Groveton native Lane Johnson, one of the highest-regarded offensive tackles in the NFL, posed for this photo last year with Kilgore College head football coach Willie Gooden (center) and athletic director Jimmy Rieves. Johnson announced Thursday that he has tested positive for the COVID-19 virus.

Groveton native Lane Johnson, one of the highest-regarded offensive tackles in the NFL, posed for this photo last year with Kilgore College head football coach Willie Gooden (center) and athletic director Jimmy Rieves. Johnson announced Thursday that he has tested positive for the COVID-19 virus.

Former Kilgore College football player Lane Johnson – now one of the top offensive linemen in pro football with the Philadelphia Eagles – has announced he has tested positive for the coronavirus.

Johnson made the announcement on social media on Thursday, and it was first reported by the NFL Network. Two other members of their team and Johnson have all been placed on the league’s new reserved/COVID-19 list. As a result, the players will all have to have passed treatment protocols and tests before returning, obviously.

Johnson, from Groveton, came to Kilgore College initially in 2008 as a quarterback for then-coach J.J. Eckert, and eventually moved to tight end. He moved on after one season here to the University of Oklahoma, where he had a redshirt year (2009) and then moved eventually to offensive tackle, where he settled in and became an All-American for coach Bob Stoops.

He was so good that he was drafted as the fourth overall pick of the 2013 draft, by the Eagles. He signed a six-year extension in 2016, making him the highest-paid right tackle in the NFL, and then another in 2019 making him the highest-paid offensive lineman in the league, period. He helped the Eagles win their first-ever Super Bowl, beating the New England Patriots, 41-33, in February, 2018, Super Bowl LII.

Johnson also has given back to KC. In May, 2019, Johnson donated $500,000 to KC for “The Lane” Athletic Performance Center, a near-4,000-square foot athletic facility to be constructed here.