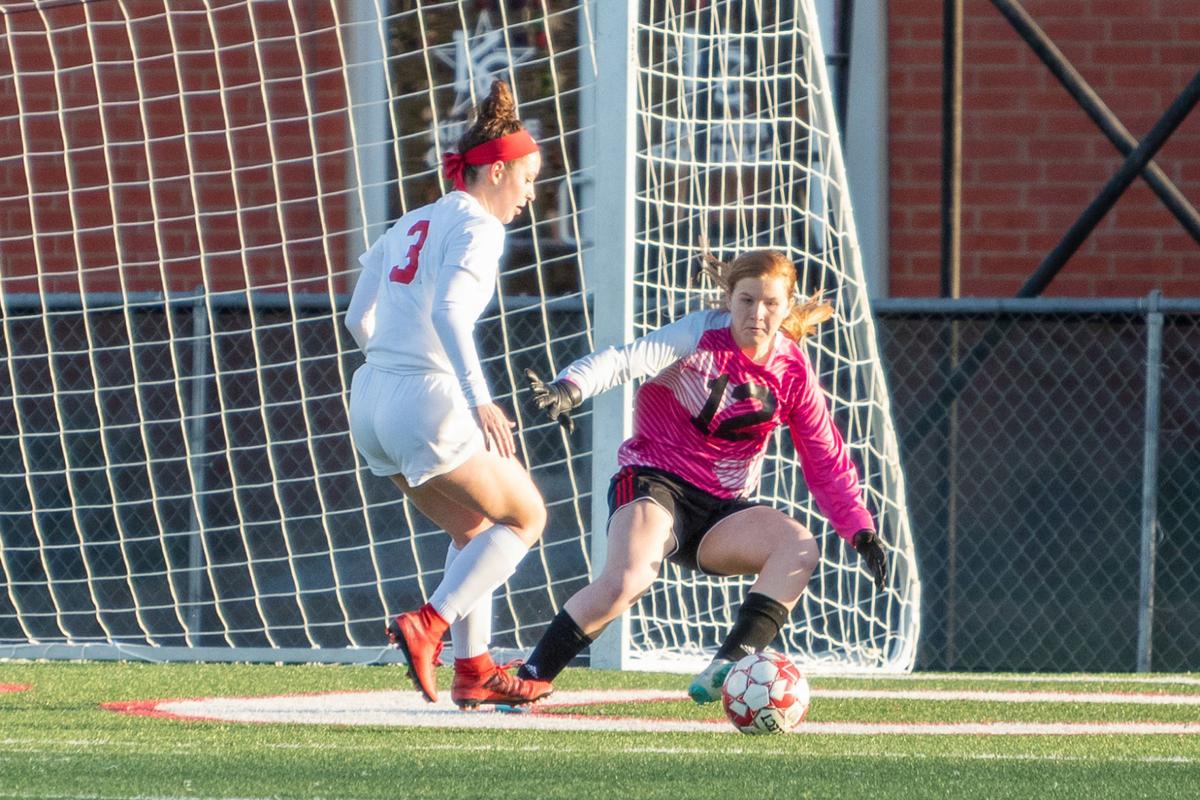 Kilgore High School goalkeeper Sarah Loomis (right) returns for her senior season, as the Lady Bulldogs hope to get back to the UIL Class 4A state tournament, and bring home some special hardware this time. 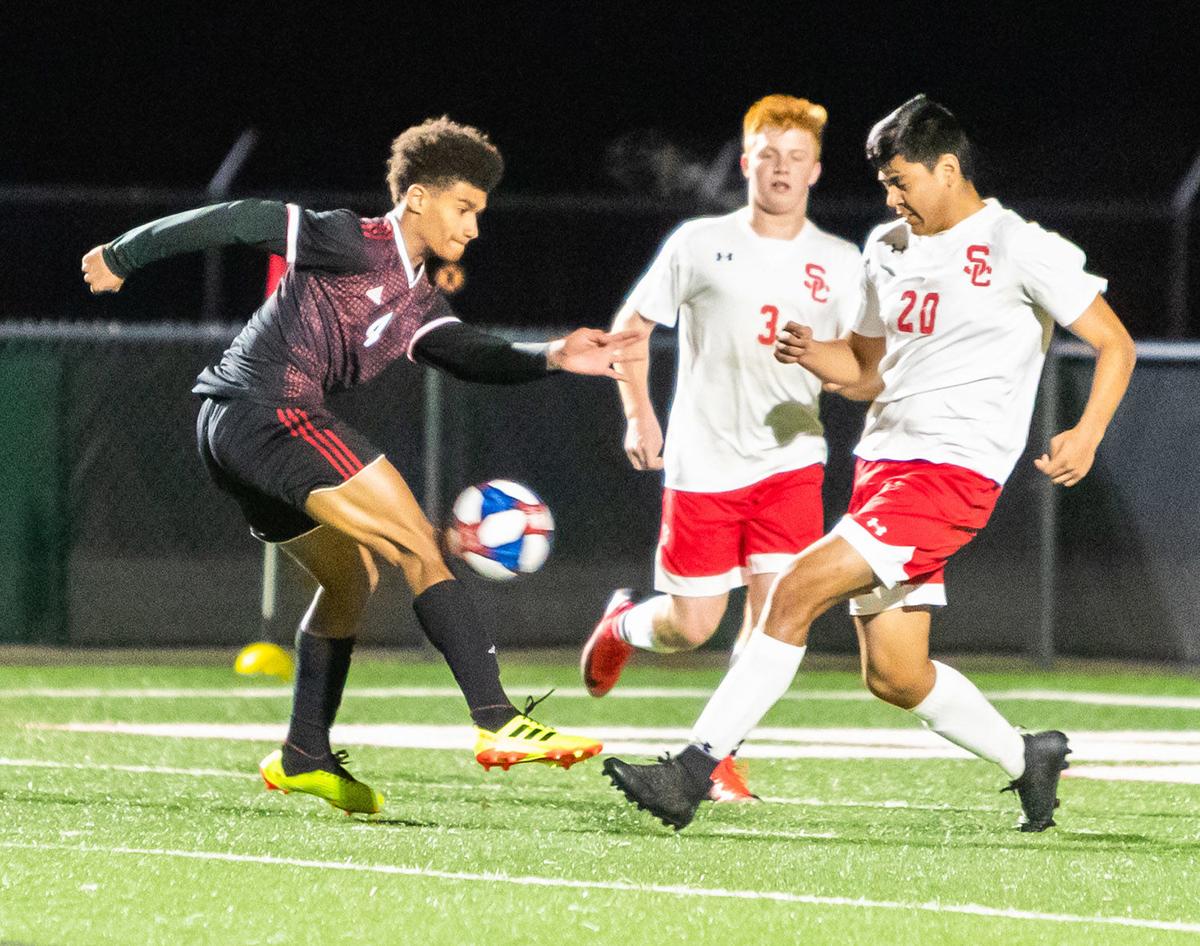 Tray Epps (left), of Kilgore, takes a shot against Sabine. Epps’ return is just one reason Kilgore High School soccer fans are optimistic of another trip to the state soccer tournament, where Kilgore brought home the gold back in 2017.

Kilgore High School goalkeeper Sarah Loomis (right) returns for her senior season, as the Lady Bulldogs hope to get back to the UIL Class 4A state tournament, and bring home some special hardware this time.

Tray Epps (left), of Kilgore, takes a shot against Sabine. Epps’ return is just one reason Kilgore High School soccer fans are optimistic of another trip to the state soccer tournament, where Kilgore brought home the gold back in 2017.

First-year KHS head girls soccer coach Todd BonDurant, who has been head coach at one of Kilgore’s biggest district rivals (Spring Hill), knows the Lady Bulldogs in and out and is looking forward to being on the “good guys’” side this time.

BonDurant told the News Herald Monday that, so far, so good.

“They’re looking really good,” he graded. “Obviously, we’re changing some things a bit, some style of play. They’re getting used to it, and we’ve won both our scrimmages so far, but we just haven’t put a lot of points on the board.

“We beat Sulphur Springs in a shootout, and then beat Pine Tree, 2-1. We’re looking good all the way around. You want to see great improvement from one to the next, and we have. I’m excited.”

BonDurant replaces Heidi Hagan, who had some good years here, including leading Kilgore to two state tournament appearances, losing both times in the semifinal round.

The Lady ‘Dogs have one more preseason scrimmage left: it’s at home on Monday, a 1 p.m. junior varsity start against Grace, with varsity afterward around 2:30. All Kilgore High School soccer home games, of course, are at R.E. St. John Memorial Stadium on Harris Street.

After that, the KHS girls will officially open the season next Friday, Jan. 3, at home against Nacogdoches, and the following day, Jan. 4, a Saturday, they visit Lufkin, with JV starting at 11 a.m., varsity to follow.

Kilgore’s girls are on the road for a while: their first home game isn’t until Jan. 31 against Athens. They begin district play at Sabine on Feb. 11.

BonDurant pointed out he has some good personnel. Goalkeeper Sarah Loomis is back for her senior season, and Maliyah Holland, a big-time weapon for Kilgore a couple of years ago who had moved away, has moved back.

“The majority of this team are juniors,” BonDurant pointed out, “and they were freshmen when Kilgore last went to state. We’re feeling good about where we are.”

KHS boys coach Tom Wait couldn’t be reached for this story, but Wait was excited for his preseason games, as well, when he talked to the News Herald last week.

The Bulldogs have been an East Texas football soccer dynasty for about a decade, and won a state championship back in 2017. Wait has some of his best players from a year ago, including Wanya McIntyre and Tray Epps, back in the fold and is excited to unleash them on the 2020 schedule.

Kilgore scrimmages at John Tyler on Saturday, an 11 a.m. JV start, with varsity to follow, and will compete in a tournament in Jacksonville at the Tomato Bowl that begins next Thursday, Jan. 2.