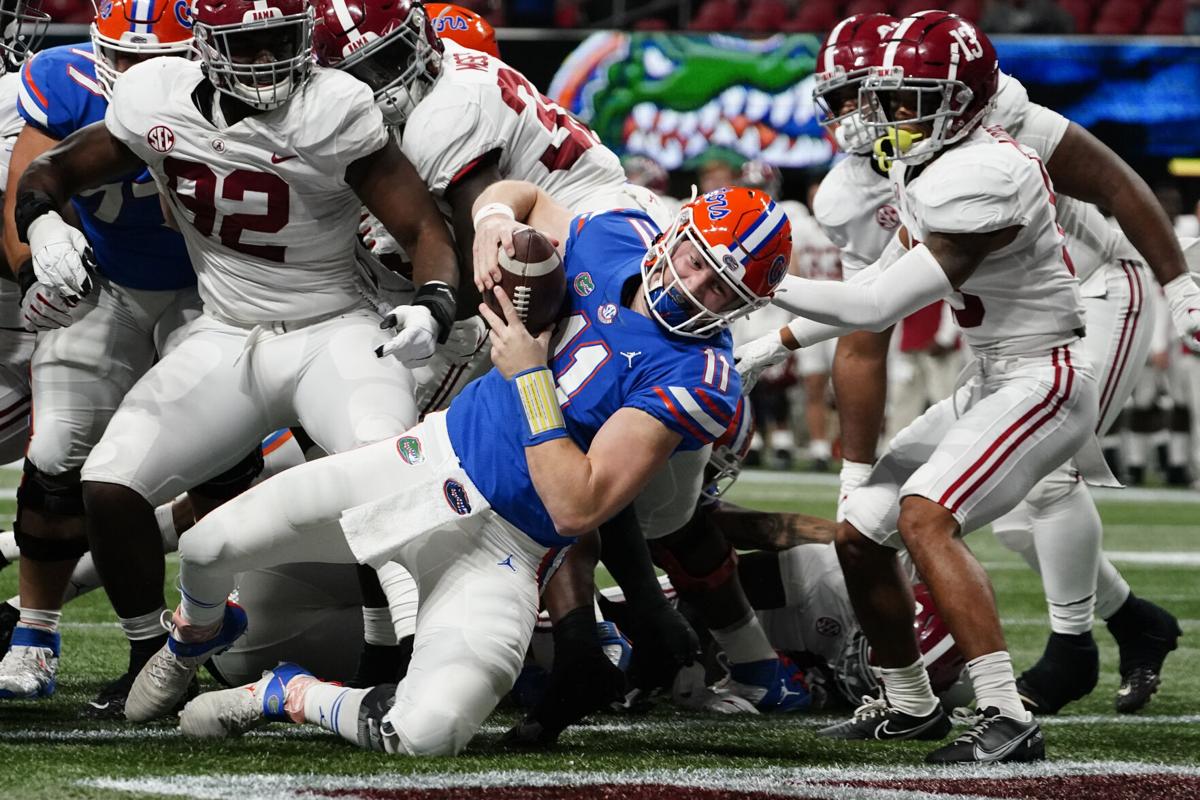 Florida quarterback Kyle Trask (11) leaps into the end zone for a touchdown against Alabama during the first half of the Southeastern Conference championship game. Trask, from Manvel, is one of the finalists for the Earl Campbell Award, presented to the top offensive player in college football from the state of Texas. 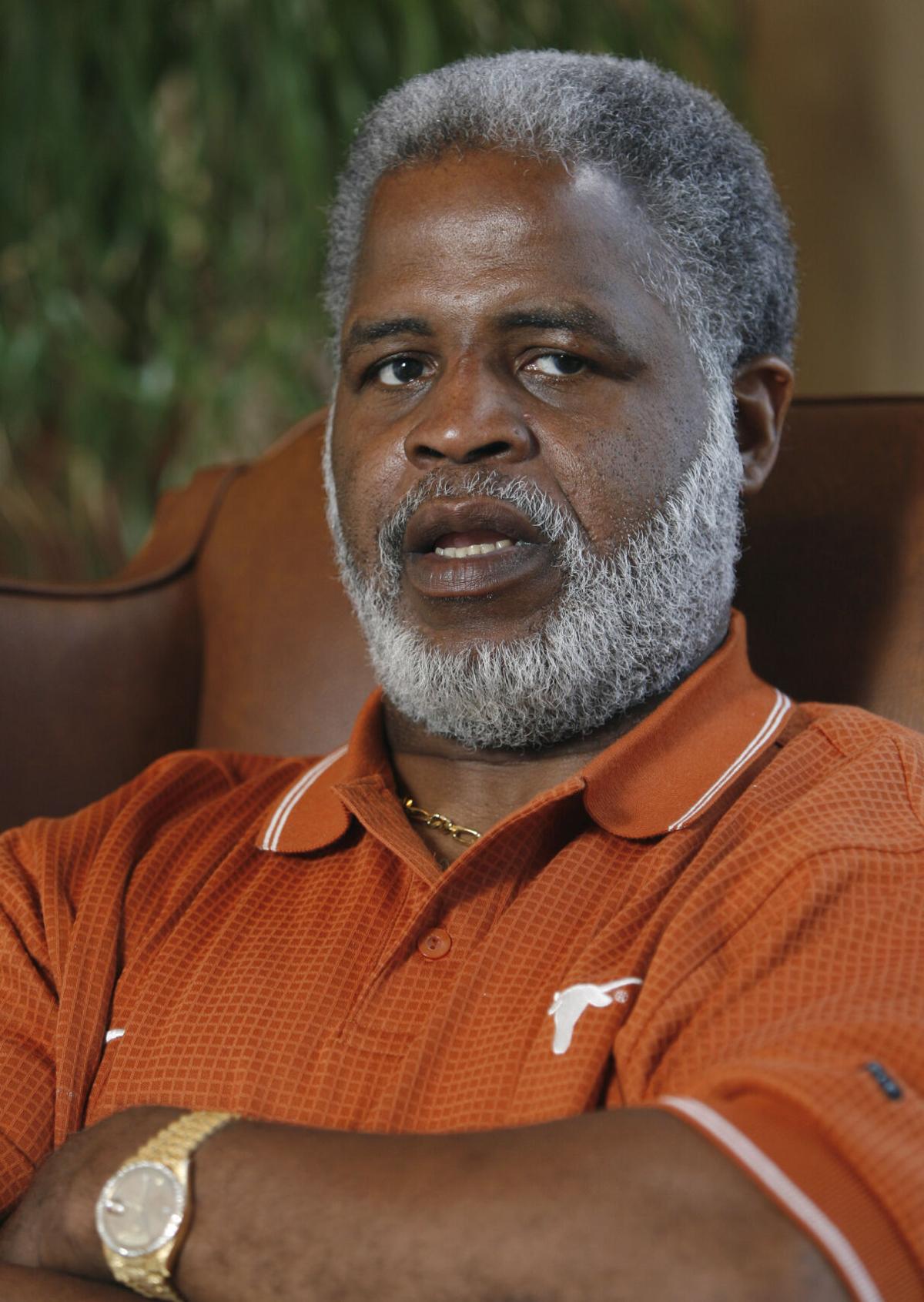 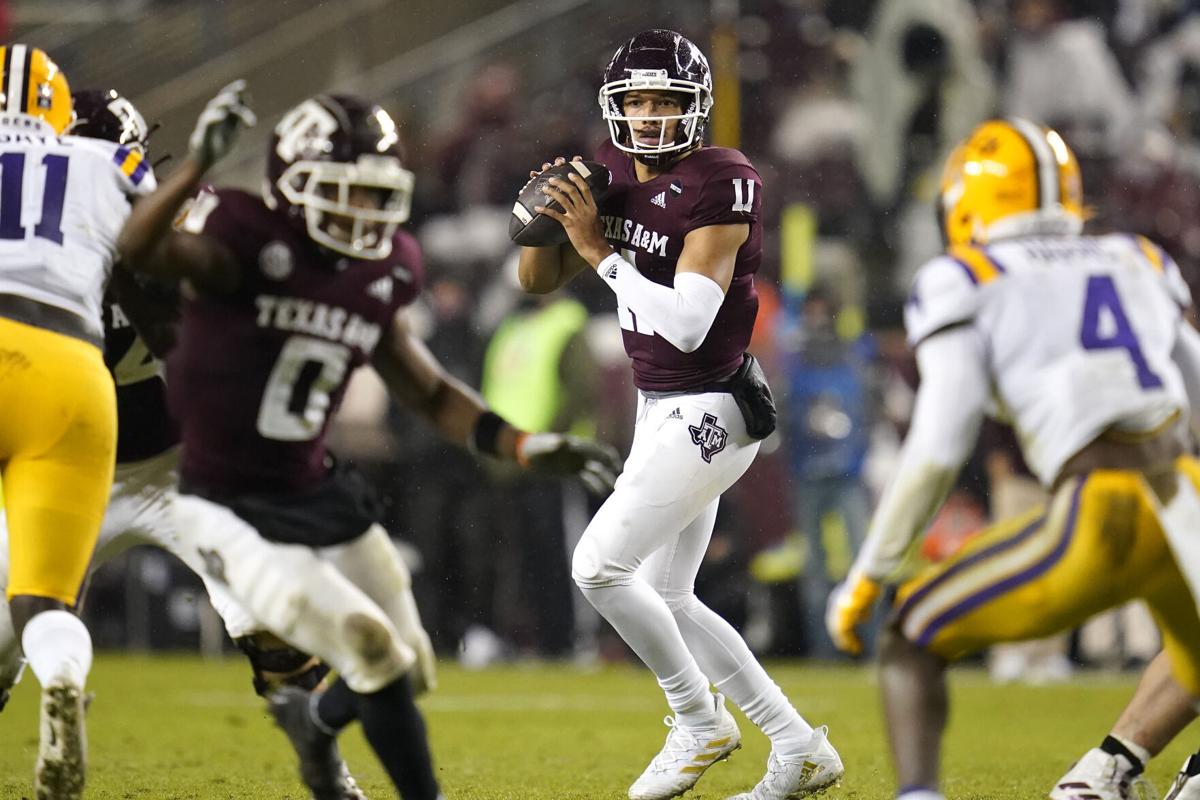 Texas A&M quarterback Kellen Mond (11) looks to pass against LSU during a game on Nov. 28.

Florida quarterback Kyle Trask (11) leaps into the end zone for a touchdown against Alabama during the first half of the Southeastern Conference championship game. Trask, from Manvel, is one of the finalists for the Earl Campbell Award, presented to the top offensive player in college football from the state of Texas.

Texas A&M quarterback Kellen Mond (11) looks to pass against LSU during a game on Nov. 28.

Three quarterbacks, a wide receiver and a running back are the five finalists for the Eighth Annual Earl Campbell Tyler Rose Award, Cindy Smoak, SPORTyler executive director, announced this week.

The award is offensive players in NCAA Division I with ties to the state of Texas.

Visit www.earlcampbellaward.com and vote once daily for your favorite player.

 Jaelon Darden (North Texas) — Darden is among the nation’s leaders in all of the major receiving categories. The Houston native finished with 74 receptions for 1,190 yards and a single-season program record 19 touchdowns in just nine games. His 19 receiving scores lead the Football Bowl Subdivision and entering the postseason he has two more than Alabama’s DeVonta Smith. Darden was also named Conference USA’s Most Valuable Player.

 D’Eriq King (Miami) — King threw for 2,573 yards with 22 touchdown passes compared to just five interceptions in the regular season. The Manvel High graduate completed an eye-popping 63.6 percent of passes (201 of 316) in the regular season, in addition to setting the standard for single-season rushing yards by Miami quarterback with 520 yards on 122 carries.

 Sincere McCormick (UTSA) — McCormick leads C-USA and ranks second in the FBS with a school-record 1,345 rushing yards to go along with a program-record 11 rushing touchdowns this fall. The Converse Judson High School product boasts six 100-yard rushing games, including five of 150-plus, during his sophomore campaign.

 Kellen Mond (Texas A&M) — Mond holds the all-time record at Texas A&M in career total offense, passing touchdowns, passing yards, completions and attempts, while also second on the all-time career touchdowns responsible for and QB victories lists. A senior from San Antonio, Mond has completed 172-of-271 pass attempts for 2,050 yards with an impressive 19-to-3 touchdown-to-interceptions ratio in 2020. Mond averages 256.4 total yards per game while leading one of the Southeastern Conference’s most balanced offenses.

 Kyle Trask (Florida) — Trask has thrown for 4,125 yards and 43 touchdowns this season as he leads one of the most explosive offenses in the country in No. 7 Florida. The Manvel native leads the FBS this season in total touchdowns (46), touchdown passes, passing yards and passing yards per game (375). His passer rating of 186.65 is No. 5 in the nation.

The winner will be announced at a virtual award banquet in Tyler in late January 2021.

The Earl Campbell Tyler Rose Award, announced in 2012 by the Tyler Chamber and SPORTyler, recognizes the top offensive player in Division I football who also exhibits the enduring characteristics that define Earl Campbell: integrity, performance, teamwork, sportsmanship, drive, community, and tenacity; specifically tenacity to persist and determination to overcome adversity and injury in pursuit of reaching goals.

In addition, the nominee must meet one or more of the following criteria: born in Texas and/or graduated from a Texas High School and/or played at a Texas-based junior college or four year DI Texas college.

Phil Hicks is the sports editor for the Tyler Morning Telegraph, a member, along with the Kilgore News Herald, of M. Roberts Media.