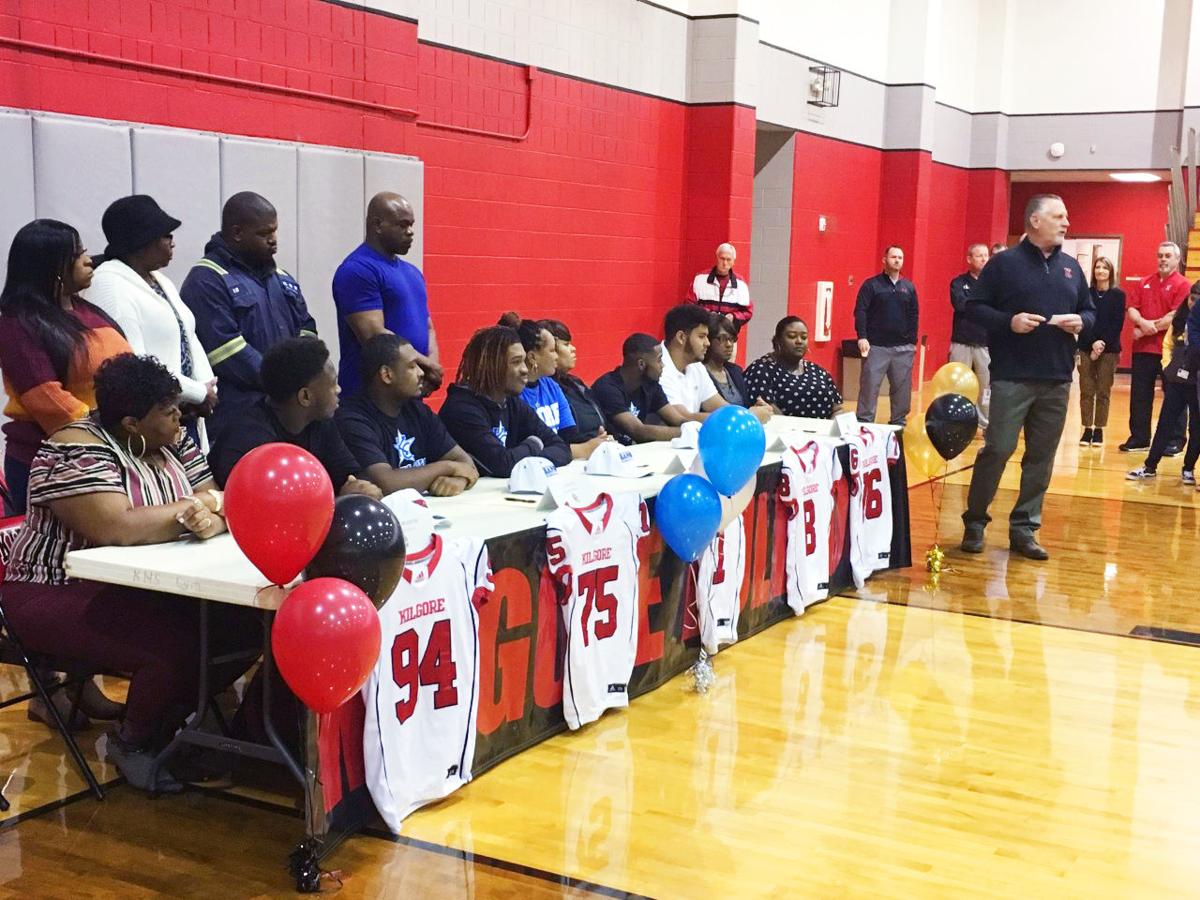 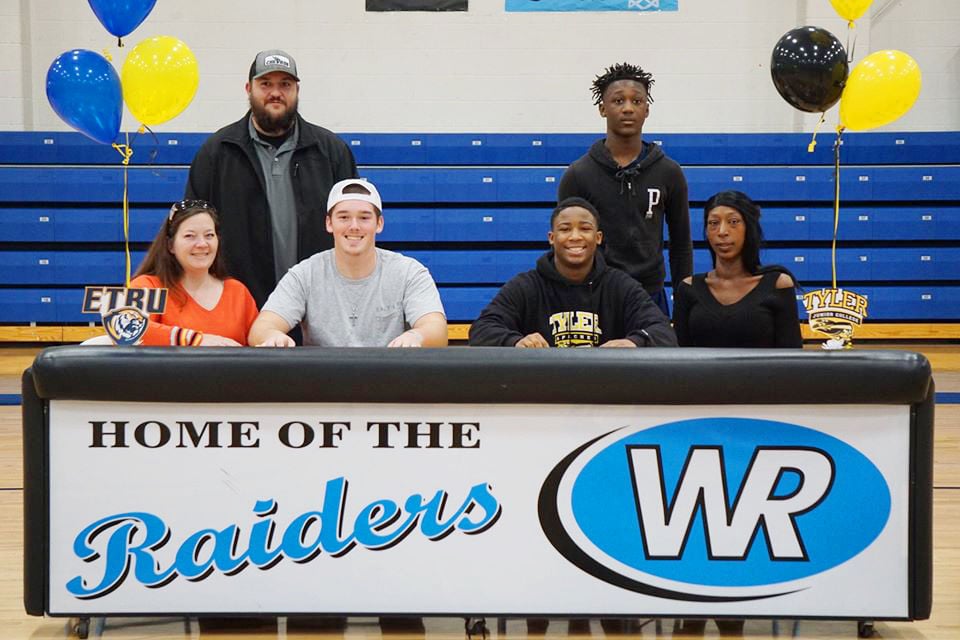 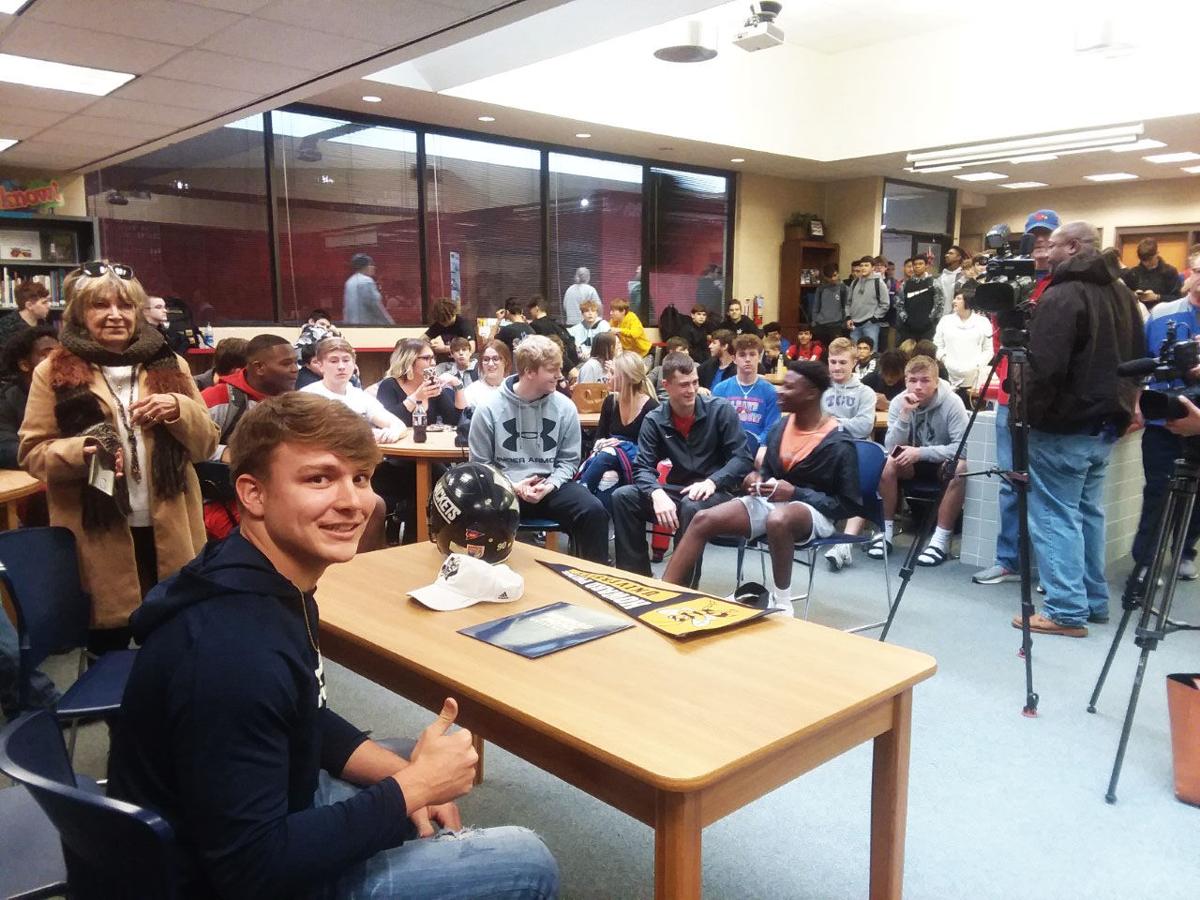 There were no theatrics at National Signing Day at Kilgore High School or at West Rusk High on Wednesday morning, and none at Sabine High School that afternoon: just eight humble young men ready to continue their education and make a difference, hopefully, for their new teams.

Five now-former Kilgore football players signed national letters of intent, all with area junior colleges, and some to stay right here and play in front of family.

“All of these young men will be playing close to home, and in a lot of cases, they’ll line up against each other, just like they did in practice,” Wood said, drawing laughter from the signees and members of the students to observe the signing. “…We’re proud of them, and they’ll be Bulldogs for life.”

Crowe, who recently participated in the Blue-Gray All-Star Game at AT&T Stadium in Arlington, played on both sides of the ball for Wood and the Ragin’ Red. Crowe said it’s possible he may line up in the defensive secondary for the Rangers. KC, led by coach Willie Gooden, is expected to release the rest of its 2020 incoming freshmen class later on Wednesday.

The Rangers will get three talented players in Lacy, Crowe and Brown. KC went 8-2 in 2019, led the conference for much of the season, clinched its second straight regular season SWJCFC title, and was the number one seed in the conference playoffs before being upset in the semifinals.

Trinity Valley — where Blanton will continue his education and career — came in second, finishing 6-4 overall in ’19, and Tyler Junior College, where Woodside is headed, will continue to rebuild a bit after the retirement of longtime coach Danny Palmer.

Early Wednesday afternoon, friends, coaches, and family joined Sabine senior McKinney as he made his college destination official at the school’s library.

McKinney showed leadership and ability in guiding the Cardinals not only to their first-ever 10-win season — a program record — but their first-ever playoff win in program history (over Mount Vernon) and a near-win in the second round over a Pottsboro team that made the Class 3A-Division I state championship game.

Sabine finished second in its district, with just one district loss (to Gladewater), and went 10-2, the best Cardinals’ football season ever, in relation to wins.

Mizell joins an up-and-coming ETBU program. The Tigers also play in the American Southwest, and went 6-4 in 2019. They won four of their last five games.

Smith, used as a bit of a Swiss army knife in West Rusk’s offense last year with time at running back, quarterback and catching passes, in addition to playing defense, will join Woodside for the Apaches. TJC’s season started a bit rocky, with a 35-10 non-conference loss to Kilgore College. They bounced back, though, and were in SWJCFC playoff contention by the end of the year.

They gave KC a much better game in the final game of the season, falling to the Rangers, 34-28, at Rose Stadium.