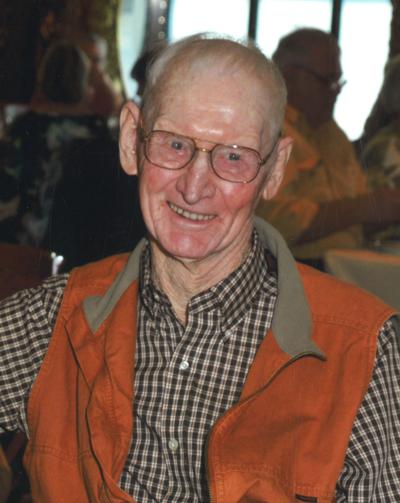 Wayne Lee Young, age 89, passed away peacefully from this earthly life Wednesday, June 5th at his home in Longview with his family by his side.  He was born and raised in Holliday Texas.  He resided in Longview the past 13 years after living in Kilgore for more than 35 years.

After graduating from Holliday High School in 1947, he attended Midwestern University and worked as a roustabout for a local oilfield service company.  He was drafted in 1950 by the United States Army for the Korean War.  He trained for 8 weeks at Fort Chaffee Arkansas to be a cook and was then stationed in Korea until his honorable discharge in 1953. He returned to the Wichita Falls area and picked back up on his career as an oilfield mechanic with Continental-Emsco.  His service work took him to the oilfields of West Texas, New Mexico, Wyoming, Louisiana, and Mississippi.  In 1971, he moved his family to Kilgore and started his own business - Wayne Young’s Service and Repair.  As his two daughters became involved in FFA and 4-H, he became a faithful supporter and mentor for the youth of the Kilgore FFA and Harvest Festival Youth Livestock Show.  After 20 plus years of being in business in Kilgore, he retired and he and his wife began RVing around the United States and traveling abroad.

He is preceded in death by his parents, James A. “Buster” and Leota Young of Kilgore and infant brother, Bobby Gene Young.  He is survived by his wife of  58 years, Barbara Foster Young; daughter, Shawn Durrett; daughter and son in law,  Lynn and Terry Moren; grandsons , Doyle Wayne Durrett and Trevor Moren.

Visitation will be Friday, June 7 from 6:00 P.M. until 7:30 P.M.  at Radar Funeral Home in Kilgore.  Graveside services will be at Rusk County Memorial Gardens Saturday, June 8 at 11:00 A.M., with Chaplain Derick VanZyl officiating.   In lieu of flowers, donations can be made in his memory to Pleasant Hills Children’s Home, P.O. Box 1177, Fairfield, TX 75840.

The family would like to express their deep and heartfelt gratitude for the amazing care Wayne received from our Compass Hospice care team - Amy, Beverly, Derick, Jennifer, Kim, and Samantha and from Tangie, our very special Visiting Angel.  Although the embrace of his loving arms, his infinite wisdom, and his gentle, guiding voice are now gone from us, the wonderful memories of our loving husband, father, and grandfather will forever be in our hearts.