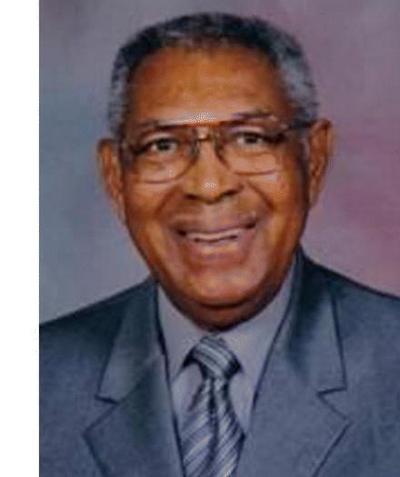 Funeral Services for Mr. Erby "Dot" Muckelroy, 96, of Kilgore, will be held Saturday, July 20, 2019 at 11:00 A.M. at Kilgore Baptist Church with Pastor Barnarders Woods serving as Eulogist. Burial will follow at Kilgore Memorial Garden under the direction of Cunningham Funeral Home. Viewing 2-7 P.M. at the funeral home. He was born July 25, 1922 in Kilgore, Texas where he was a life long resident. He was the third son of the late Ernest and Willie McNeely Muckelroy. He attended public school in Kilgore where he attended Mt. Pisgah Rosenwald School and Kilgore Colored High School where he played on the Football and Basketball teams and he was recognized as valedictorian of his graduating class. He attended Prairie View College. He started his life as a member and later Deacon of the Kilgore Church of the Living God on Highway 31 and after the church was destroyed by fire, he joined Kilgore Baptist Church in Kilgore where he served for many years before his health failed. He was married to the late Eva Mae Ellison for 65 years. "Peggy" ,as she was affectionately called, preceded him in death in 2009. To their long marriage, 3 children were born, Gregory, Linda and Debra. Linda passed away in 2017. Dot is preceded in death by his three brothers, Damon, Danon, and Roy Muckelroy. He had two sisters, the late Ernestine Rettig and he is survived by Cleo Morgan of Kilgore, Texas. He is also survived by three grandsons, D.J. (Michel) Muckelroy, Ft. Worth, Texas, Jay (Tamika) Jackson, Houston, Texas, Dusty Jackson, Frisco, Texas and one granddaughter, Rachel Hall, Chicago, Illinois. Dot had three great-grandchildren he adored, Madison, D.J. and Dillon. He leaves many other nieces, nephews, relatives, family, and friends to celebrate his life.