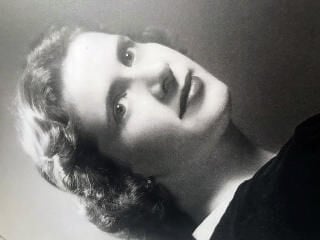 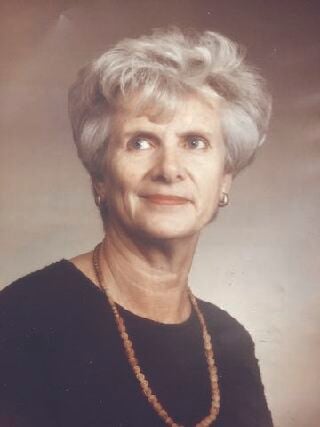 Dolores Russell Goble
Dolores Russell Goble passed away peacefully in her sleep October 20, 2020, at age 88. She was born 9/16/32 in Houston, TX, to parents Gladys and Jim B Russell, Jr., longtime residents of Kilgore. She was preceded in death by her beloved husband of 50 years, R. Mack Goble, of Sherman, TX, adored brother, Jim B Russell, III of Dallas, and dear son-in-law, Kent H. Smith of Houston. At age 7, she moved with her family to Kilgore when her father became Engineer/Field Supervisor of the Gulf Oil camp. Dolores always had many fond memories of growing up in the piney woods of East Texas. The family were longtime active members of the First Baptist Church, Kilgore Country Club, and other local organizations. She worked summers in the Gulf Camp offices, graduated as Salutatorian, Kilgore HS Class of '49, and in 1952 was crowned the one and only Jube-OIL-Lee Queen as part of the East Texas area gala celebration of the oil industry. Dolores earned a BA in English, UT-Austin and a Master's in Spanish, Univ of Houston. She and Mack moved to Houston in 1960 to start his business for which Dolores served 25+years as office manager and corporate accountant. They remained in Houston, where she was an active member of the Episcopal Church, most recently with Christ Church Cathedral, and where she was involved with or volunteered extensively for numerous organizations, often serving as President.
Together they raised five children, who, with their families (8 grandchildren and 4 great-grandchildren), remain to cherish their memory: Lydia LaGue of Frederick, MD; Nancy Goble, R. Russ (Debbie) Goble, Carolyn Smith, and Michael Goble, all of Houston. She will also be fondly remembered by her sister-in-law, Elfriede Rumpf Russell and nephew Jim Brandoch Russell of Dallas, nephew Rob (Sara) Russell and 2 sons of Woodstock, GA, niece Susannah (David) Jacobson and 2 daughters of Austin, and many other relatives and friends. Services will be private at a later date. Condolences may be sent to the family c/o Lydia G LaGue 432 Delaware Rd, Frederick, MD 21701.