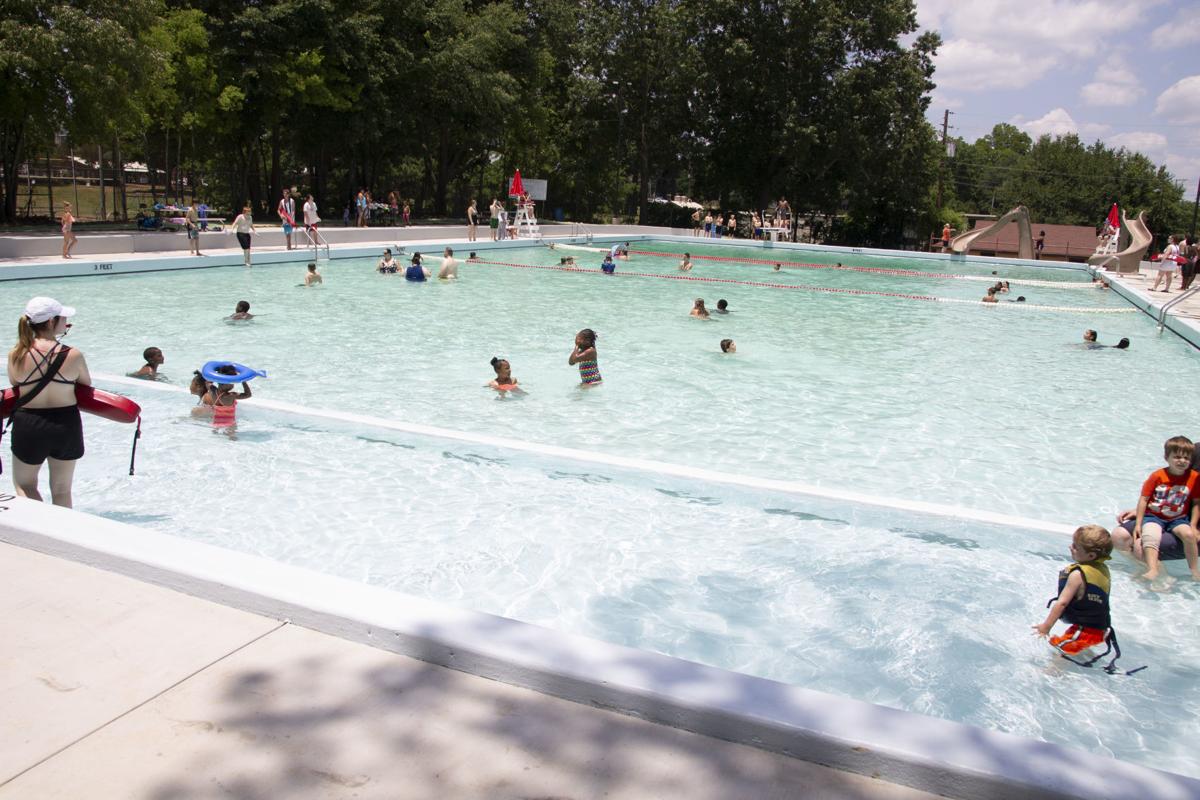 In this KNH file photo, kids enjoy Kilgore City Pool on Splash Day, the first day the pool reopened in 2019 after extensive remodeling. The pool will open June 13 but with some restrictions in place due to the COVID-19 pandemic, city officials announced this week. 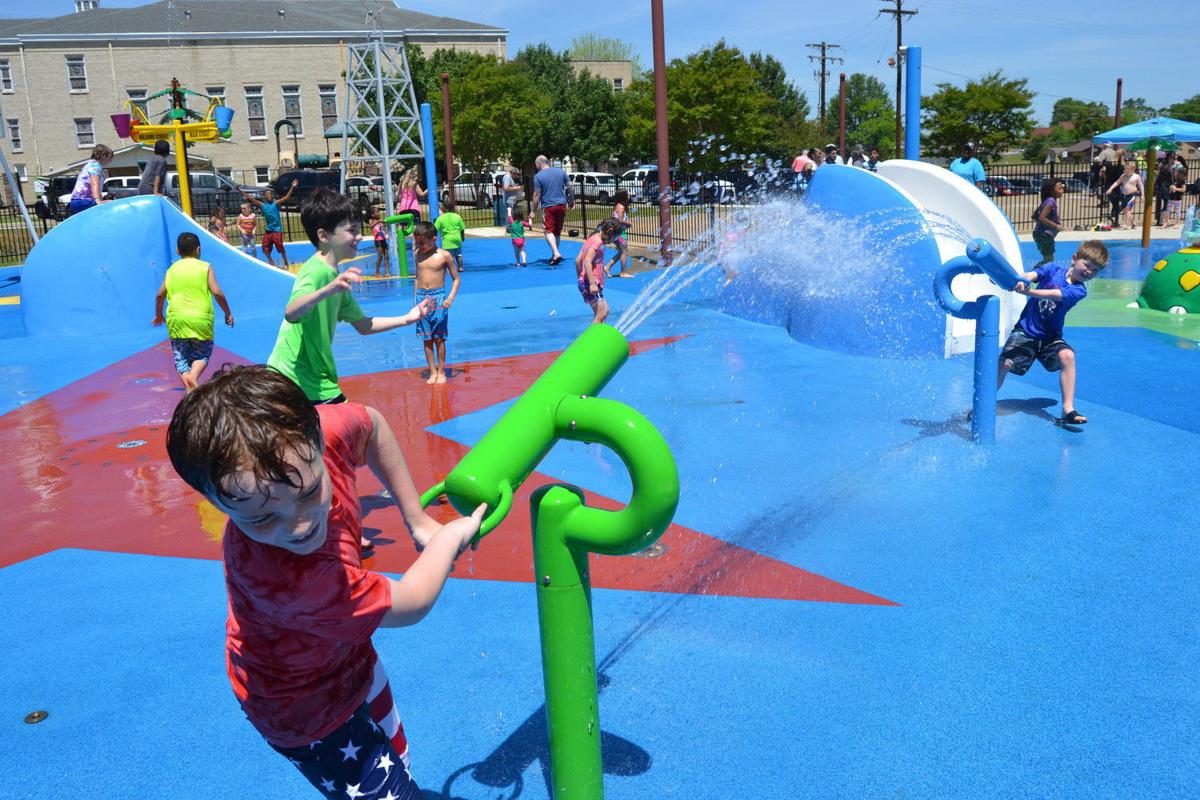 Kids have fun at the Lazy Splash Ranch near the city park. The splash pad and the city pool are both slated to open June 13, with a few restrictions.

In this KNH file photo, kids enjoy Kilgore City Pool on Splash Day, the first day the pool reopened in 2019 after extensive remodeling. The pool will open June 13 but with some restrictions in place due to the COVID-19 pandemic, city officials announced this week.

Kids have fun at the Lazy Splash Ranch near the city park. The splash pad and the city pool are both slated to open June 13, with a few restrictions.

Kilgore City Pool and the Lazy Splash Ranch splash park will reopen June 13 with special guidelines in place as the city, state and nation begin to navigate back to “business as usual” amidst the COVID-19 pandemic.

The decision was announced at Tuesday’s City Council meeting, which was broadcast on Facebook to allow social distancing but was also a return to form, as spacing and occupancy limits in the council chambers were relaxed.

“We weren’t even sure we were going to get to open,” Kilgore Director of Special Services B.J. Owen told council members. Owen mentioned, in the midst of the COVID-19 pandemic, city staff had been ensure how to open the pool safely or if reopening was a possibility. A great amount of time and thought went into the reopening, he said.

“I’m happy to announce we are going to be able to open this pool.”

Owen described some of the guidelines which will be in place when the pool opens June 13.

Attendance will be limited to 150 swimmers at any one time, Owen said. “It’ll be first-come, first-served.” That limit will also apply to private parties.

“Our theme this year is ‘Spread Out and Chill Out.’”

Due to health concerns, swimmers will have their temperature taken before they get in the pool. Also, while restrooms will be open, swimmers should come dressed in their swimwear –dressing rooms will be closed. Chemical levels –think chlorine –will be increased and lifeguards will regularly and frequently sanitize contact surfaces such as hand rails, diving boards and slides. Swimmers who need flotation devices should bring their own. Masks will not be required of staff or guests.

“We will be encouraging social distancing,” Owen said. “Clusters of more than four kids will be disbanded, we’re going to spread them out.”Facing increased responsibilities, the pool will be staffed with more returning lifeguards than in most years. “I need the experience,” Owen said. “On top of everything else, they’re going to have to learn about sanitizing the area.”

Owen allowed he and other city staff had given careful thought to how to maintain distancing at the pool, as he noted the amenity had been visited by up to 800 people in one day last summer.

“First off, I don’t think we’re going to be able to do movies,” he said, referring to 2019’s series of films played on a projector screen for an audience relaxing in the pool.

“I just can’t encourage that type of gathering.”

However, Owen noted the Kilgore pool, one of the largest pools in the area, would allow guests to enjoy the water while maintaining some level of social distancing.

“We’re going to be able to have 150 people per day or at any event. We also realized that the biggest hazard we had was when it’s ‘Open Swim’ and 150 kids come in at once. How am I going to handle that? How are we going to social distance?”

He said kids under 13 would have to accompanied by a parent or guardian to help with maintaining proper distancing and he brought back two-thirds of the pool’s lifeguard staff, who will receive additional training and will add a disinfection rotation to their schedule, when they will sanitize surfaces throughout the pool area.

Adult swim is from 9 a.m. until 11. Lessons will be held from 11 a.m. to noon. Open swim is noon to 4 p.m. daily. Admission is $2 per person; youth 12 years old and younger must be accompanied by an adult and children aged three and under will be admitted free. Because of the shortened season, there will be no season passes. Week-long swim classes are priced at $50 per child; sessions will begin June 22 with the last session to begin August 3.

Phones will be answered and parties may be booked beginning today, though the pool will host no parties until June 14; a calendar showing open time slots will be posted on the city’s Facebook page.