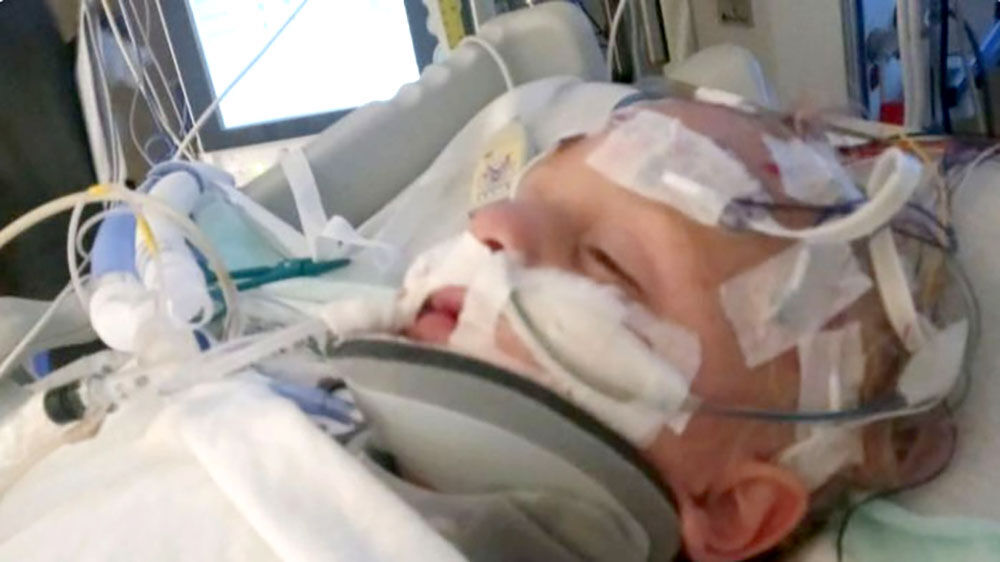 Luke Wayne Killough is in a coma fighting for his life after he nearly drowned in a hot tub at a Kilgore hotel on Sunday, his parents said. 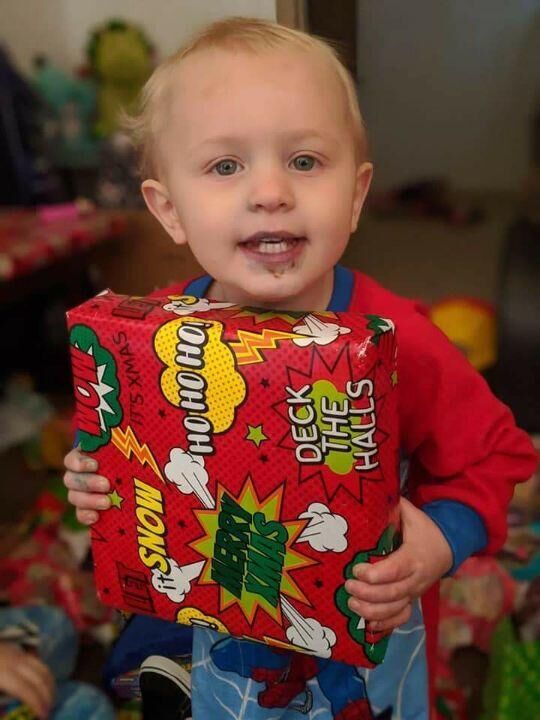 A 2-year-old boy is in a coma in a Dallas hospital fighting for his life after his parents say he nearly drowned in a hot tub at a Kilgore hotel on Sunday.

Family members said Luke Wayne Killough fell into the hot tub near the pool area around 1 p.m. Sunday. The boy’s father, Scott Killough, at the time was getting a bottle with his infant son, Gabriel, they said.

The boy’s mother, Dominique Killough was working at the time. She said her daughter, Tabitha Killough, 4, put on her goggles and went into the hot tub to try and save her brother, but he was too heavy for her to pull out of the water. The girl then got her father, who called 911.

“They had their floaties, but they weren’t on,” Dominique Killough said. “Scotty told them to wait by the pool gate while he went up and got the bottle for the baby. He had just prepped the bottle and was bringing Gabriel to the pool when Tabitha told him what happened.”

Luke was floating head-down when Scott Killough pulled him out, the mother said. He removed muffins from his mouth and began CPR. However, Luke was unresponsive and not breathing, she said.

“He did not start breathing again until he was at (Christus Good Shepherd Emergency Center in Kilgore), and from there he was airlifted to the Children’s Medical Center in Dallas,” Dominique Killough said. “He started pulling at the breathing tubes, so they had to sedate him for the flight. But he is in a coma now, and it’s not medically induced.”

Kilgore Police Chief Todd Hunter, in a Facebook post, said Luke “has been in our prayers since the accident.”

“We’ve been praying for the parents too,” he wrote. “Nothing is more traumatic than a medical call with a child.”

Chris Helms and his wife, Noel Howard, have had a big hand in raising Tabitha and Luke as the parents have been out of town working. The parents stay with them in Henderson and like to go to the beach or get a hotel room for the weekend so the kids can swim, they said. That is what they did this past weekend at the Kilgore Holiday Inn Express Hotel & Suites.

“He wanted to take them to do something because I was out of town working,” Dominique Killough said. “I was going to meet them that evening so we could swim. Their friends from out of town came over and were swimming all day.”

“He hasn’t woke up yet; we don’t know if he will,” Helms said through tears as she spoke from the hospital in Dallas. “We know they are trying to let his body heal as much as it can.”

Dominique said talking to her daughter about the incident has been difficult.

Helms shared videos of Luke Wayne where the boy would take photos of his sister when she was dressed up. He loves to take photos, and he loves balloons. In other photos, Tabitha is hugging or leading Luke around by her hand.

“Balloons and food, he never stops eating,” Helms said. “Luke Wayne is a fun kid. We were just playing with balloons the day before. he would pop them as fast as I could blow them up. I finally stopped and said, “Are you just going to keep popping these?’ He smiled and said, ‘Yea.’ I love this kid, so I just kept blowing up balloons to let him pop them!”

Helms is a district manager of circulation for the Longview News-Journal, Tyler Morning Telegraph and Kilgore News Herald.

While the parents are staying in Dallas, Helms said he is driving to Henderson to check on the other two children and to work in Longview. He then goes back to Dallas.

Dominique Killough said the support from family and friends has been a big help.

She said Luke adores Helms, and she jokingly says he runs right past her to hug him before her.

A GoFundMe page has been established to allow people to donate and help the family with medical expenses. Find it at https://gofund.me/398c6b80.

When Luke Wayne Killough, the 2-year-old who was pulled unconscious from a Kilgore hotel hot tub died this weekend, another six children gaine…