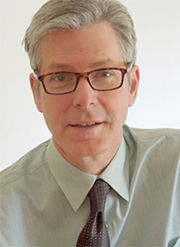 AUSTIN — Texas Secretary of State Ruth Hughs announced ahead of the 2020 primary and general elections that her office will join fellow members of the National Association of Secretaries of State in #TrustedInfo2020, a social media-based education effort to prevent misinformation.

Hughs encouraged Texans to look to their state and local elections officials as the trusted sources of election information. “The upcoming 2020 elections will be historic and unlike any before,” said Hughs.

It is imperative that voters in the Lone Star State are able to count on trusted sources of election information as they prepare to make their voices heard in next year’s elections. I encourage Texans to visit VoteTexas.gov and to follow our verified accounts, as well as those of their local elections officials, to receive the most accurate and up-to-date information regarding our elections,” Hughs added.

While the U.S. House Permanent Select Committee on Intelligence heard testimony at the U.S. Capitol in the impeachment inquiry into President Donald J. Trump on Nov. 20, the nation’s chief executive flew to Austin.

According to a White House news release, Trump met with Apple Inc. CEO Tim Cook and held a brief news conference at Apple’s Flex compound. Trump praised Cook and the success of Apple and responded to reporters’ questions relating to the impeachment hearings and to trade policy with China. Trump’s remarks are posted at whitehouse.gov.

This marks the fifth consecutive month of record low unemployment and 3.4 percent is the lowest unemployment rate since series tracking began in 1976.

“October Labor market data is great news for Texas workers,” said TWC Commissioner Representing Labor Julian Alvarez. “Their skills continue to be in high demand and more and more individuals are finding employment. These numbers are a wonderful reminder of why I am proud to be a Texan.”

Leading job growth in October was the Trade, Transportation, and Utilities industry, which added 9,700 jobs, followed by Professional and Business Services adding 6,300 jobs, and Education and Health Services which added 5,300 jobs.

The Midland Metropolitan Statistical Area recorded October’s lowest unemployment rate among Texas MSAs with a non-seasonally adjusted rate of 2.1 percent, followed by the Amarillo MSA at 2.4. The Austin-Round Rock, College Station-Bryan and Lubbock MSAs each recorded the third-lowest rate at 2.6 percent.

As of Nov. 19, the Department of State Health Services had identified 189 Texas cases of severe lung disease in people who report vaping before developing symptoms, including one death.

Patients range in age from 13 to 75 years old, with a median age of 22 years. About one-quarter of the people affected in Texas are minors. Three-quarters are male, and nine in 10 report vaping THC or marijuana, possibly in conjunction with other substances. Almost all were hospitalized, with many requiring intensive care.

Nationally, 2,172 cases have been reported in 49 states. DSHS is working with the U.S. Centers for Disease Control and Prevention, the Food and Drug Administration and other states to gather evidence about what the cases have in common and determine a cause.

At the event, a crowd recognized men and women who have lost their lives or have been severely injured while engaged in agricultural-related pursuits, and those who passed away due to other causes but had a significant role in the agricultural community, according to the department.

State 4-H and FFA youth leaders placed a memorial wreath on the steps of the Capitol and the Texas Department of Public Safety provided an honor guard with musical accompaniment by a lone bagpiper.