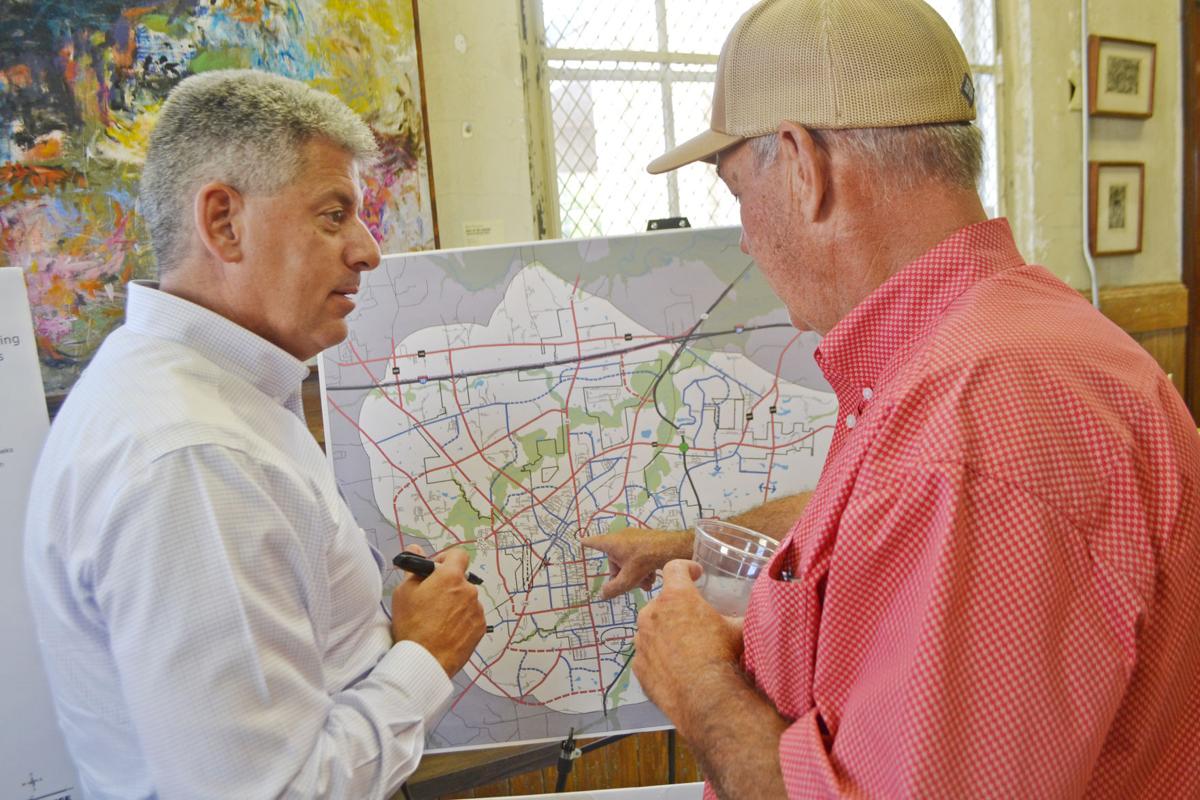 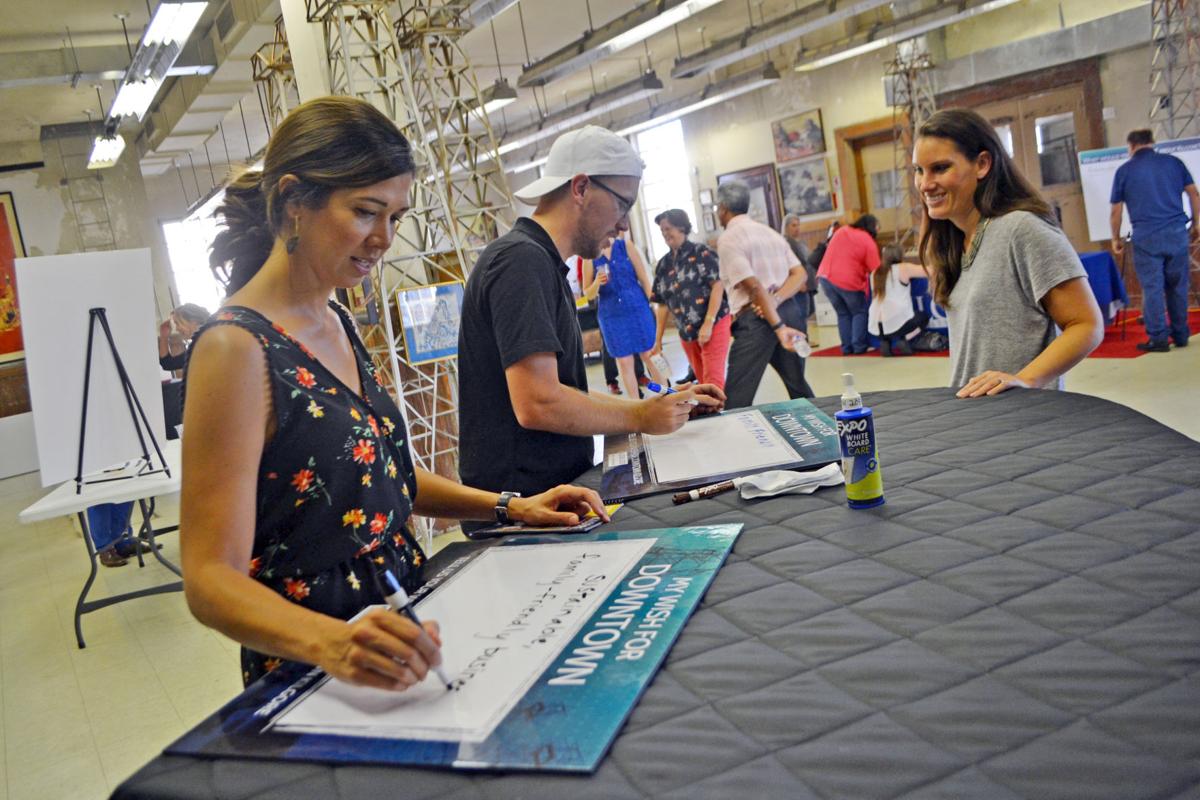 David Stanley knows that’s not how multiple choice works on comprehensive planning priorities, but it was still hard to narrow things down Thursday evening during the City of Kilgore’s open house-meets-town hall reception in the Old Post Office.

Where should the city focus its road improvements – Neighborhoods? Main Street? The traffic circle?

So many questions, so many choices, it was a lot to take in, but residents rose to the challenge at the city’s request.

“I wanted to mark on something that was a ‘Yes,’ for sure,” Stanley said.

According to Kilgore Community Relations Manager Sonya Waters, the event in the downtown historical venue netted 50 names on the sign-up sheet, with more people besides.

As opinion- and data-gathering goes, it’s a good number for a start, she said, “especially following three days of interviews with different stakeholder groups.”

A mixture of green dots and red punctuated different potential projects while the city’s consultants, Freese & Nichols, provided a variety of maps, charts, options and other resources for visitors to expand their grasp of what the next 10 years can and can’t, should or shouldn’t hold.

Carol Ramke, a Kilgore resident for 15 years, says she’s still refining her thoughts and will pass them on to the city later on in the comprehensive planning process.

“I have a lot of ideas, but nothing I wanted to get quoted on,” she said with a laugh. Waving a hand at the idea boards spread throughout the building, “We put a bunch of them up there.

At the very least, Ramke’s glad her opinion, and everyone else’s, is being solicited: “I think that’s excellent.”

David Barrett, a member of the city’s Planning & Zoning Commission and the Comprehensive Plan Advisory Board, was pleased with the crowd, and hopeful more attend future events.

“As we move this whole process forward, I think the fact we’ve had the turnout that we’ve had is great. It shows people are considering the future.”

In particular, Young said, as the city moves forward, “I think having social services for people in need that live in Kilgore is important. There’s a lot in the county, but there’s not much to help kids and families within the boundaries of Kilgore.”

More bilingual resources – at the city-level, chamber and in other areas – could go a long way to building community, Clements added.

That was a common theme, Waters said later, “from trying to integrate the different communities, trying to unite them,” she noted. “Overall, it’s been very positive. The consultants have gotten some really good input from the community.”