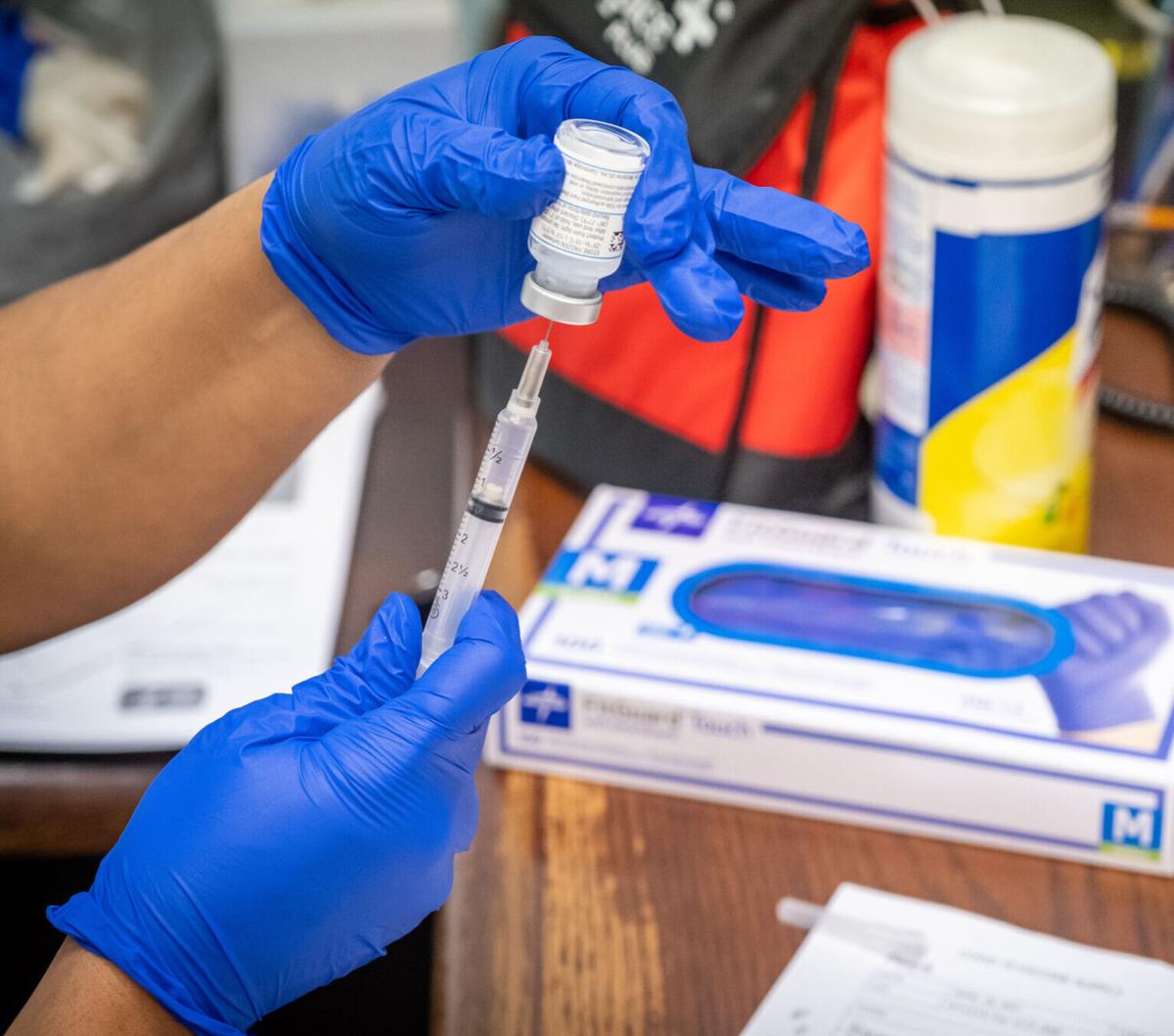 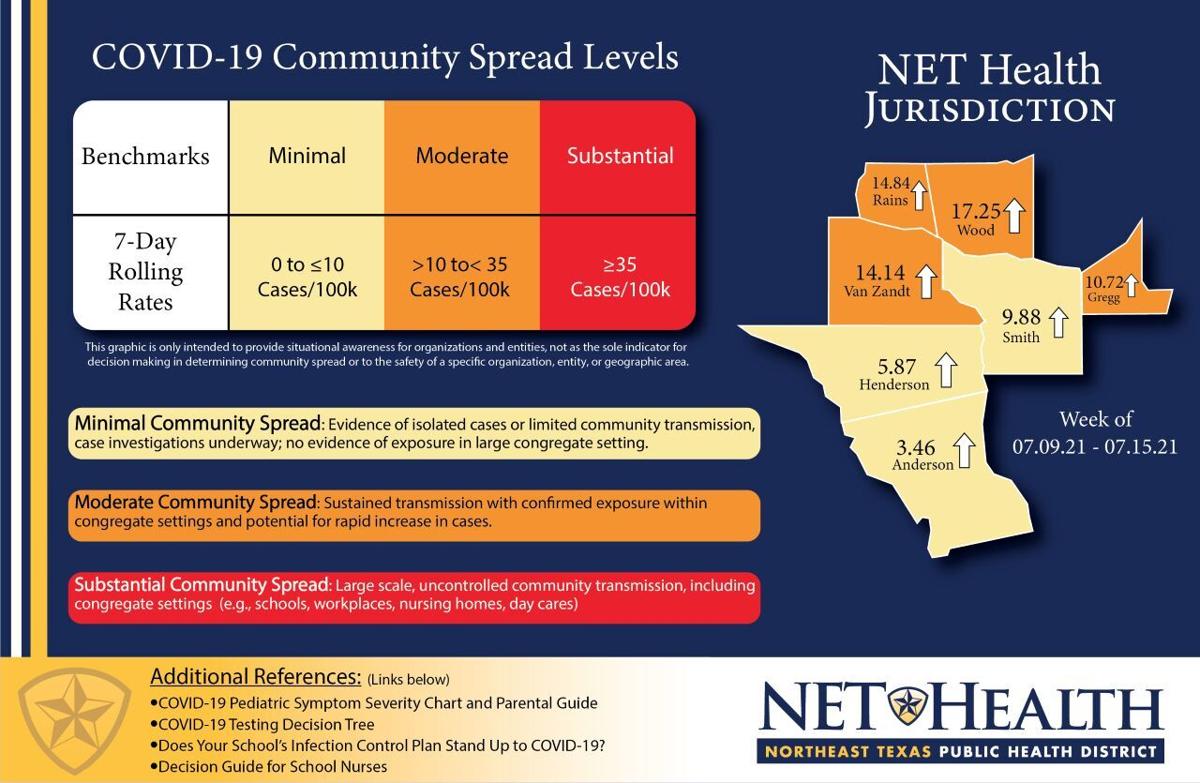 As the area’s vaccination rates continue to lag behind the state, new cases of COVID-19 have recently increased for all East Texas counties, public health officials said Friday.

The rate of new cases in Gregg County more than doubled in the past week, according to Northeast Texas Public Health District, known as NET Health.

In its biweekly release of new cases for the region, NET Health on Thursday reported 28 new confirmed cases of COVID-19 in Gregg County residents since Monday and 35 additional probable cases.

A graphic produced by NET Health shows the number of combined new probable and confirmed cases in Gregg County reached 30 one day this week — a number seen just twice since mid-to-late February.

Terrence Ates, spokesman for NET Health, said the number of new COVID-19 cases has increased for all area counties “as compared to recent months.”

“These are recent cases of people who have been exposed to the virus and have active cases of COVID,” Ates said.

Confirmed deaths from the disease have remained flat in Gregg and Smith counties. NET Health on Thursday reported 111 total confirmed deaths in Gregg County since the start of the pandemic and 211 in Smith.

Data from NET Health also shows seven-day rolling rates of new infections have increased in all of the seven counties served by NET Health with the rate more than doubling for Gregg County.

A graphic showing the metric for July 9 to Thursday shows a rate of 10.72 new confirmed cases in Gregg County compared with 4.5 the previous week.

The seven-day rolling rate is the average number of all positive cases from the previous seven days divided by the population of the county and then multiplied by 100,000.

According to NET Health, moderate community spread consists of between 10 and 35 new weekly cases per 100,000 residents and shows “sustained transmission with confirmed exposure within congregate settings and potential for rapid increase in cases.”

It is unknown if the recent numbers include cases caused by the Delta variant of COVID-19, which is considered to be more easily spread than the original virus.

Ates said recently that the district’s epidemiologists also have not received any confirmation of COVID-19 cases as being “specifically tested and confirmed as the Delta variant.”

However, the state also recently said the data is more likely an issue of gathering information about and reporting patients as having the variant. Also, most COVID-19 cases are not studied to determine if they were caused by the variant.

Meanwhile, Gregg and other area counties are far behind the state in COVID-19 vaccination rates.

The state on Friday reported just more than 59 percent of the state’s population of residents 12 and older have been fully vaccinated.

No area county is close to the state rate, with the highest being Smith at 38.68 percent of residents 12 and older being fully vaccinated. Gregg County trails slightly at 37.9 percent.

And the more rural the county, the fewer number of residents vaccinated.

Harrison, Rusk and Upshur counties show vaccination rates at 30.93 percent, 29.85 percent and 27 percent, respectively. Just more than 15 percent of residents age 12 and older in Panola County, which has the smallest population in the area, are fully vaccinated.

Christus Good Shepherd Medical Center in June shut down its weekly mass COVID-19 vaccine hub at the Longview Exhibit Center and transitioned to offering shots on weekdays at its clinics as the demand at the hub slowed to a trickle.

Christus Health continues to schedule vaccines through its website at vaccinate.christushealth.org. NET Health offers vaccines at its clinic on North Broadway Avenue by appointment. To make an appointment, visit NETHealthCOVID19.org.