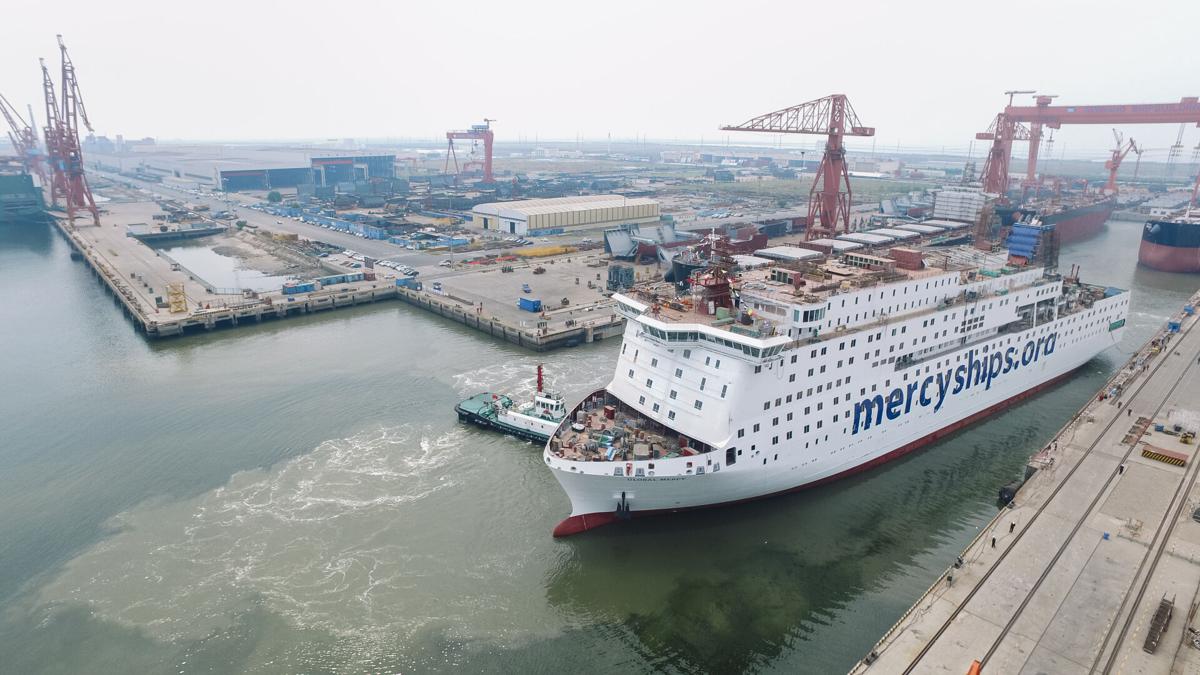 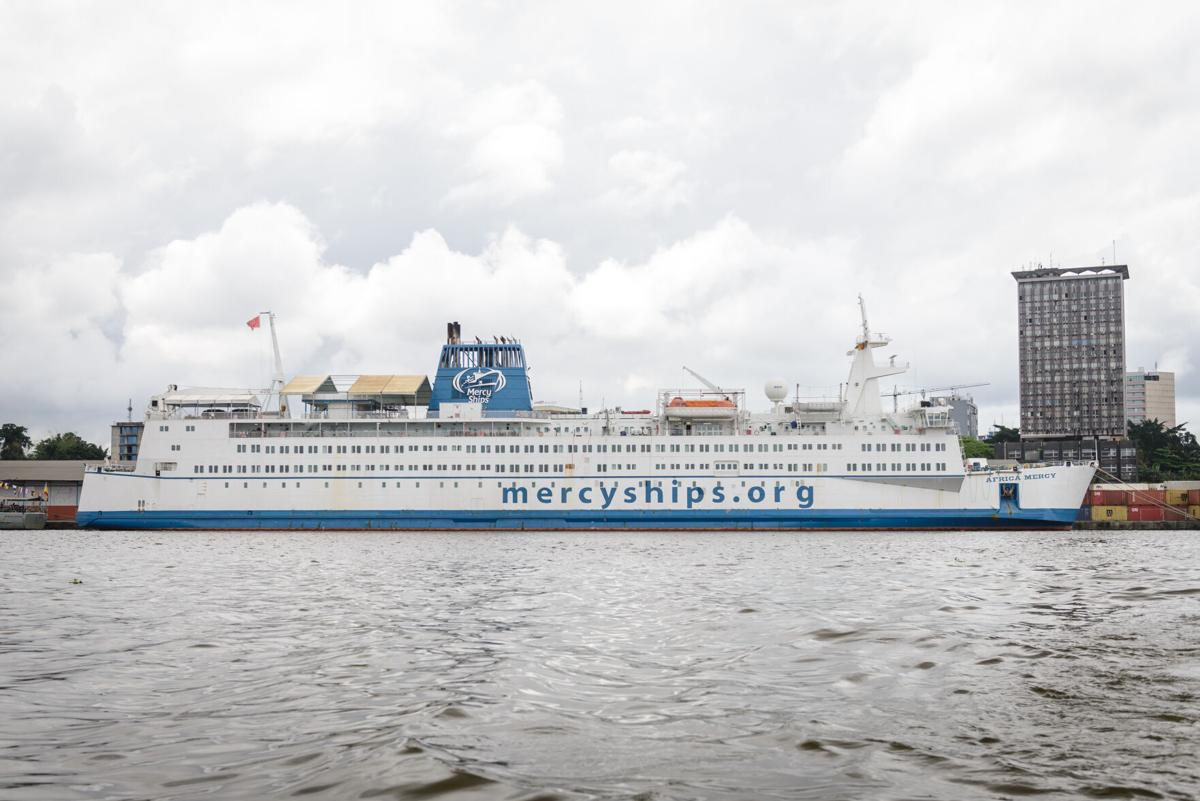 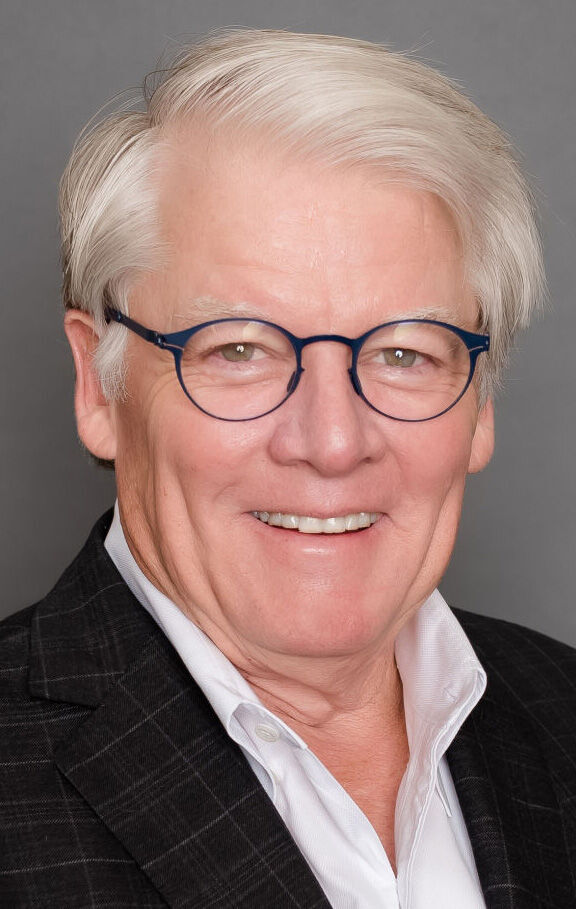 For Ruben S. Martin III, his new role with Garden Valley-based Mercy Ships International is a fulfillment of what he says the Bible tells people to do.

“I think that when you look at what the Bible tells us — that’s our whole purpose in life is to help other people, and these people get no help,” he said of the people served by Mercy Ships International, a global health care charity that provides free medical services through hospital ships.

Effective Jan. 1, Martin has been named chairman of the board of Mercy Ships. He’s been a director of the organization for the past decade and since 2018 served as board chairman for Mercy Ships Operations, the global operations subsidiary of Mercy Ships International. Martin follows Myron E. “Mike” Ullman, who is retiring after 20 years as chairman.

“(Ullman has) done a fabulous job,” Martin said, and added that his own new role at Mercy Ships is a “large undertaking.”

It is, however, one for which his life’s work makes him uniquely qualified. Martin is retiring at the beginning of the year as president and CEO of Martin Midstream Partners, the publicly traded general partner of his family’s company, Martin Resource Management in Kilgore. He will remain board chairman of Martin Resource Management, while stepping back to focus on other business ventures and his charity work.

Ullman said in a prepared statement that, “Since Ruben Martin joined our board a decade ago, he has made invaluable contributions drawing from his deep knowledge of global business operations, including importantly in the marine sector, his personal faith and his commitment to philanthropy, and we are delighted that he will become chairman.”

Martin has plans to position Mercy Ships for long-term success through the creation of a new foundation.

In the past, the organization has benefited from the generosity of more than 1 million supporters who have provided annualized giving to the tune of $200 million, Martin said. That has covered operating expenses for the one boat Mercy Ships has relied on since 2007, the Africa Mercy.

That ship is being refurbished now, though, and a second ship, the Global Mercy, is in production and expected to launch next year.

“My goal is to create a foundation that would allow us to have enough money in the bank to help cover our operating expenses every year, from a large foundation goal,” Martin said, adding that the campaign probably won’t begin for a year or so.

That effort will be important as the organization moves forward with operating two boats. Mercy Ships at one time operated several smaller vessels.

“As they grew, they made the decision that we could serve better with one large vessel,” to perform major surgeries, Martin said. It wasn’t so much about health care as it it providing “life-changing surgeries.”

“We have a second ship coming out early next year, and we’re in the process of preparing to put that ship on the water and retrofitting our other ship,” Martin said. “In two years we’ll have two operating ships in the arena, which is mostly western Africa.”

Expansion is important, he said, explaining that the organization helps “the forgotten poor,” mainly concentrating in Western Africa.

“West Africa …. 87 percent of surgical needs are left unmet,” Martin said, adding that there are 336 million people there, with 21.8 million surgical needs and 18.9 million of those unmet.

“Surgery is the privilege of high-income countries,” he said. “You just don’t have the ability to do it (in poor countries). That’s the reason Mercy Ships exists.”

The surgical rooms on the ships, he said, “are as good as anything you’ve seen in the United States.”

COVID-19 has curtailed Mercy Ship operations, though, he said. The new ship is being built with better ventilation to address possible spread of the novel coronavirus.

The new Global Mercy “flawlessly” passed sea trials, Martin said, adding that it and the Africa Mercy will have all the ventilation upgrades necessary to try to curtail the spread of COVID-19 on the ships.

Tom Stogner, CEO of Mercy Ships, said, “Ruben Martin’s dedication to Mercy Ships is evident in all that he does to further our ability to bring hope and healing to those who need it most around the world. As we embark on this exciting period with the launch Global Mercy in 2021, I look forward to working with Ruben and our board and benefiting from the invaluable counsel, insights and support they bring that enables us to continue to expand our impact.”

Martin said, “It is an honor to have the opportunity to chair the board of Mercy Ships, an organization that offers free, world-class health care and medical services provided by volunteers from 60 countries to the world’s most disadvantaged peoples. The passion, faith, and dedication of all at Mercy Ships is an inspiration and I look forward to expanding my work for this unique and exceptional organization.”

He points to the organization’s mission statement which “follows the 2,000-year-old model of Jesus, bringing hope and healing to the world’s forgotten poor” with a vision statement to use “hospital ships to transform individuals and serve nations one at a time.”

“Following the model of Jesus, we seek to: Love God; love and serve others; be people of integrity; be people of excellence in all that we do.”

Founded in 1978 by Don and Deyon Stephens, Martin says he recalls talking with his mother and Don Stephens years ago and knowing then the need for Mercy Ships.

The organization provides more than just major surgeries. It provides cataract surgeries, dental services at the docks, health advisory services and training for doctors, he said.

Mercy Ships provides services without differentiating between race or religion — it simply serves people who need it, he said.

“We know we have to survive. We have to continue to service these people. They are not receiving the kind of medical care we can provide,” he said. “My goal is to to continue to provide those services.”

The hospital area includes dedicated classroom/ conference spaces and simulator labs for training. All pre-operative and post-operative work can be done onboard rather than ashore, minimizing the Mercy Ships footprint

The Africa Mercy also is being refurbished to be launched in the next couple of years.

Yearly expenses are $60 million for two ships. All funded by donations of time and money.