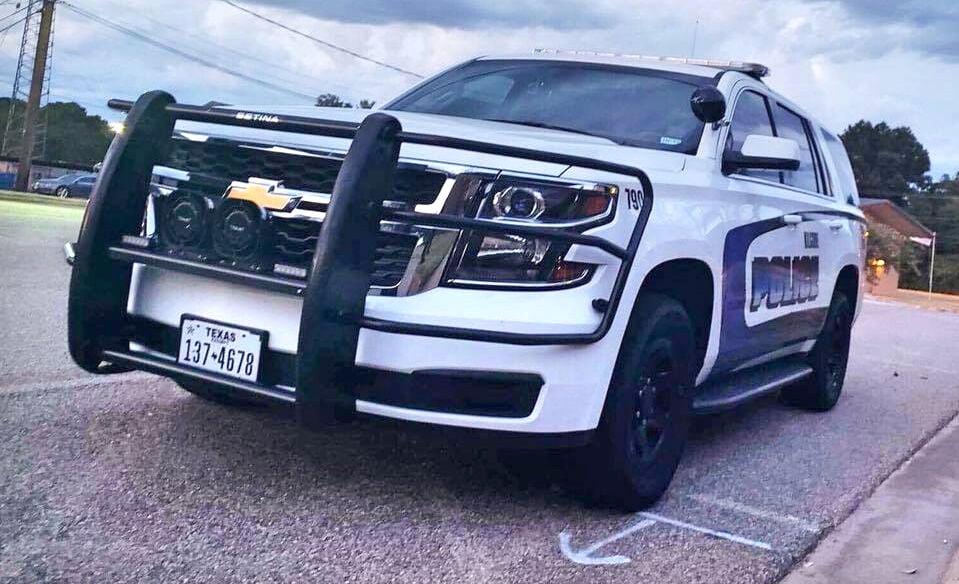 The Kilgore Police Department announced Wednesday crime was down 19 percent from 2019. 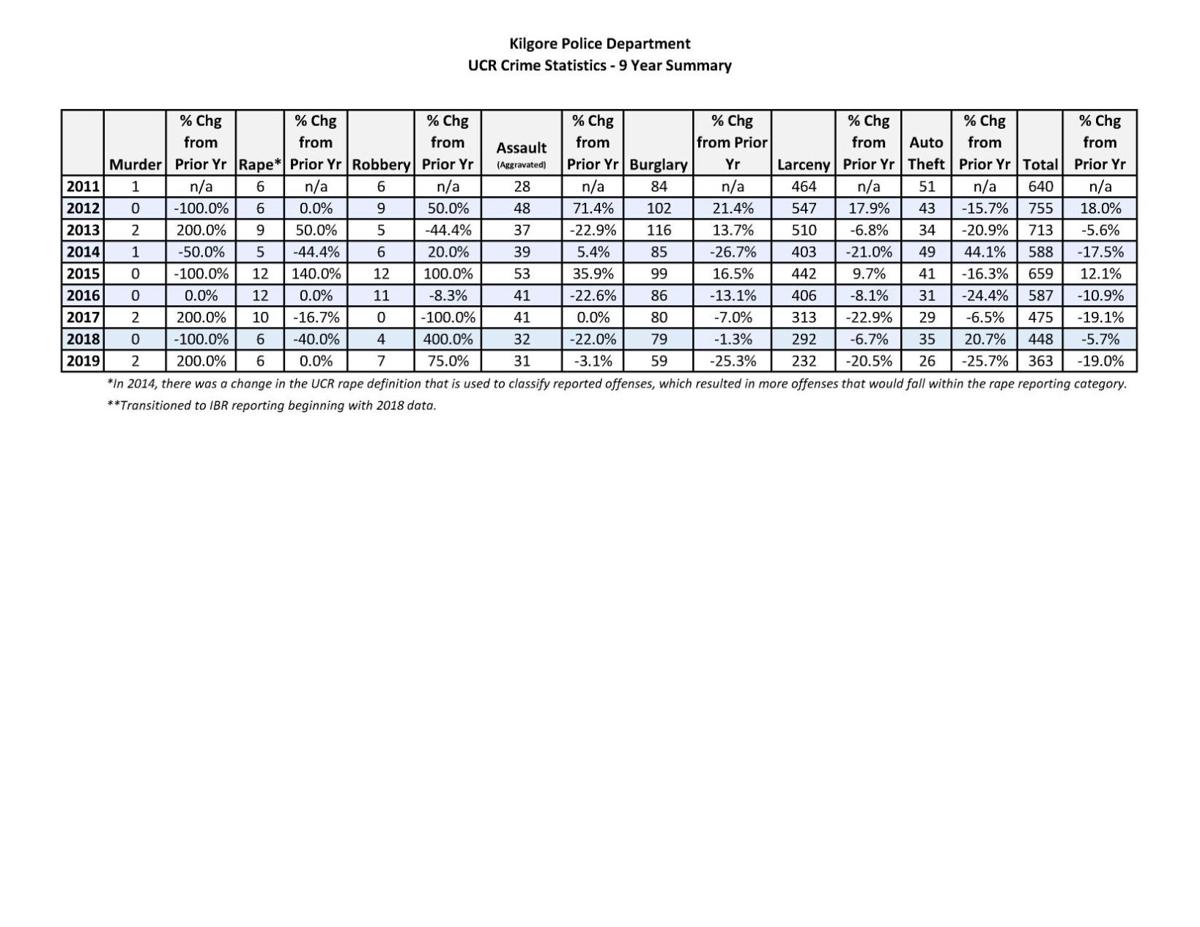 A look at the nine-year crime stats for the Kilgore Police Department.

The Kilgore Police Department announced Wednesday crime was down 19 percent from 2019.

A look at the nine-year crime stats for the Kilgore Police Department.

The Kilgore Police Department released nine-year crime statistics on Wednesday, and overall, crimes are down 19% as the department continues to see a downward trend.

Kilgore had two murders in 2019 and an arrest was made when a family member left the scene.

On Oct. 9 at the Stone Creek Apartments, a male family member was charged with killing two sisters.

He fled the scene but was caught two blocks from the apartment complex.

Since 2011, Kilgore has had just eight murders and went four years without one.

The department saw three more robberies, up four from seven, but a 25.7 percent decrease in auto theft and a 25.3% decrease in burglaries, down 79 to 59. There was also a 20.5 percent drop in larcenies. Assaults saw a decline as well.

In a statement on Facebook, the department credited community involvement and assistance.

“We are ecstatic to show you crime was reduced in 2019 by 19 percent! We’ve been fortunate to have seen a downward trend for several years now,” the statement said. “Reducing crime takes community involvement and we appreciate your assistance. KPD is dedicated to increasing the quality of life for all citizens.”