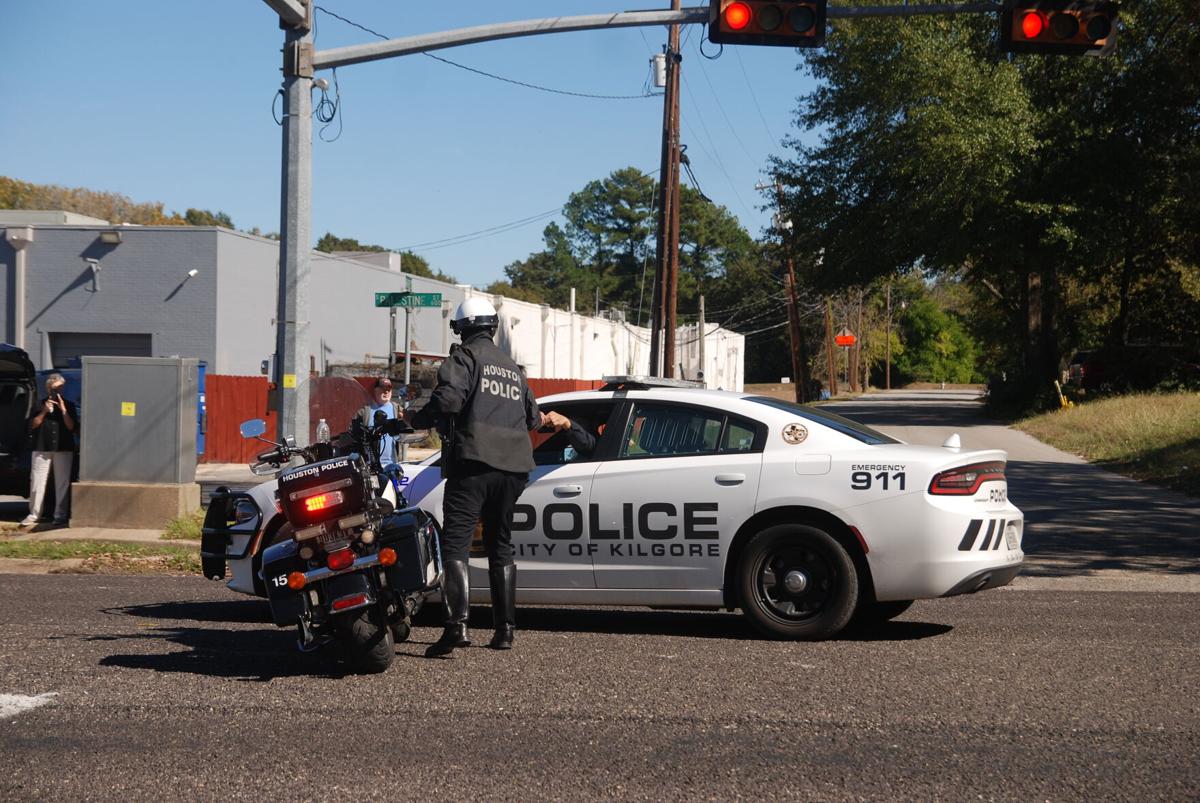 An interaction between Houston and Kilgore police at an intersection being blocked off for the funeral procession of Sgt. Harold Preston. 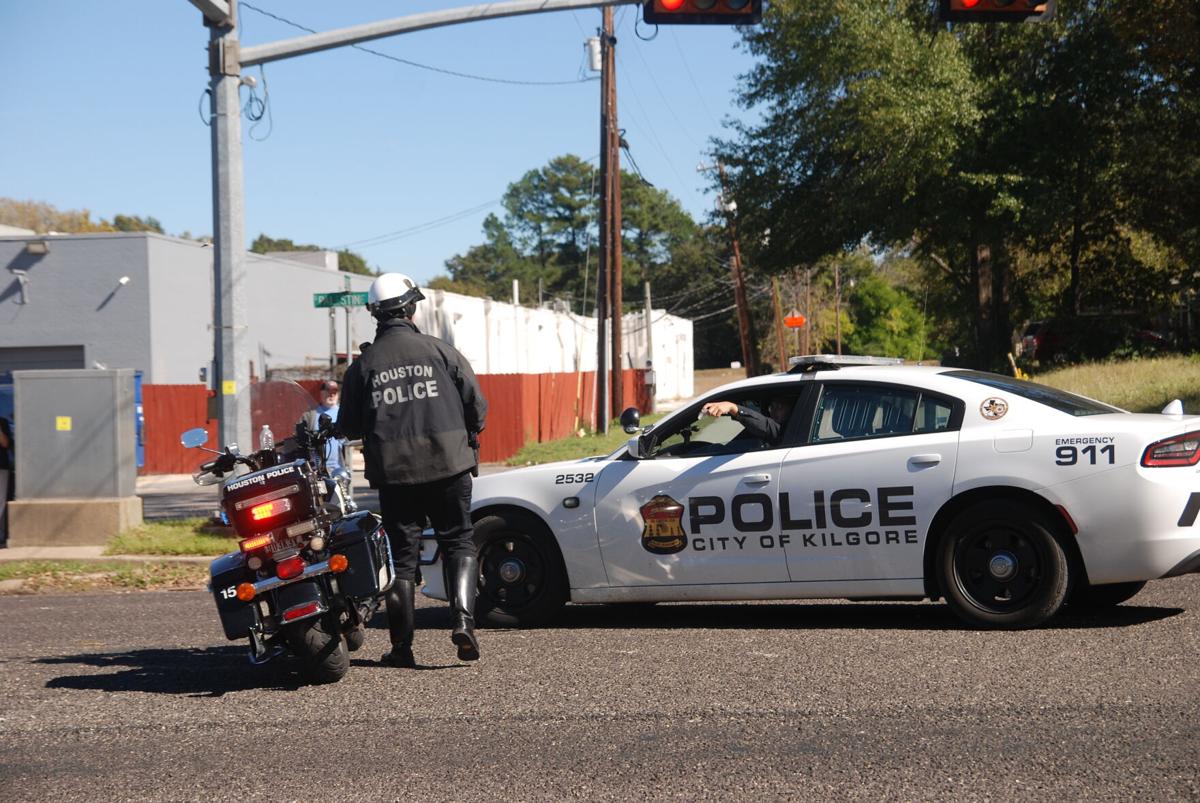 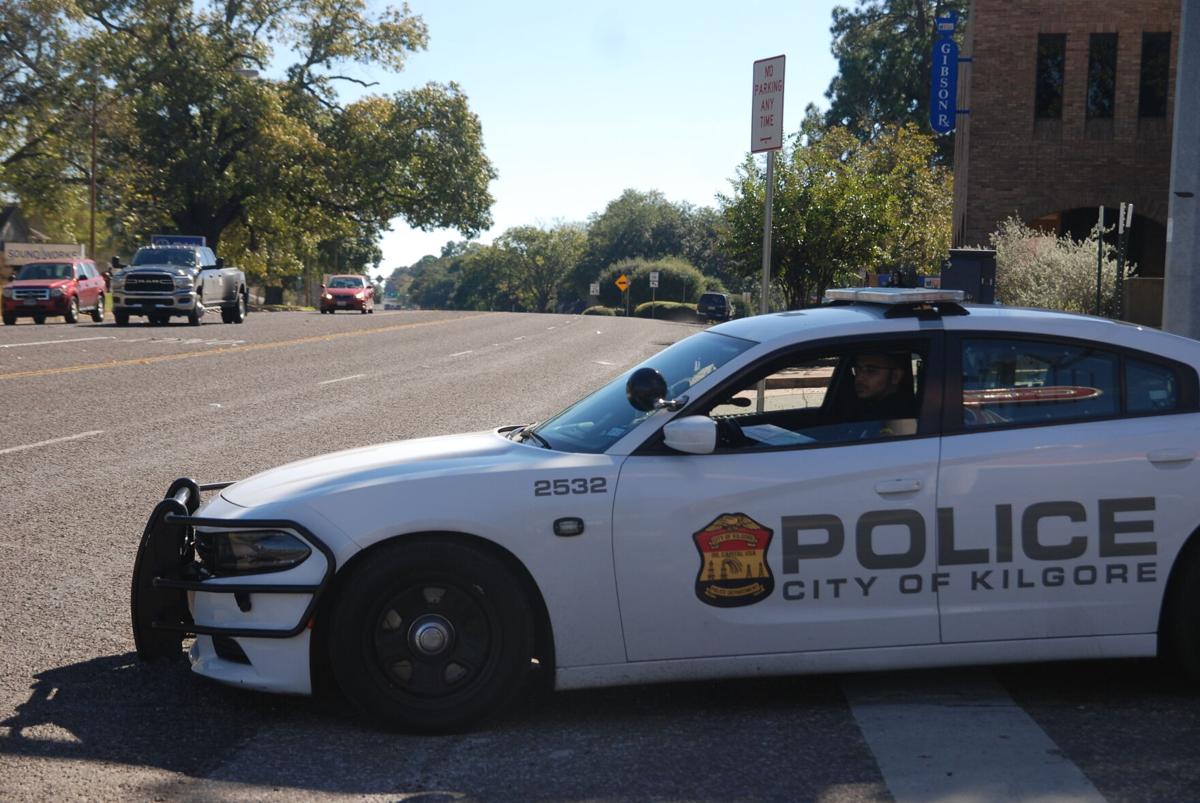 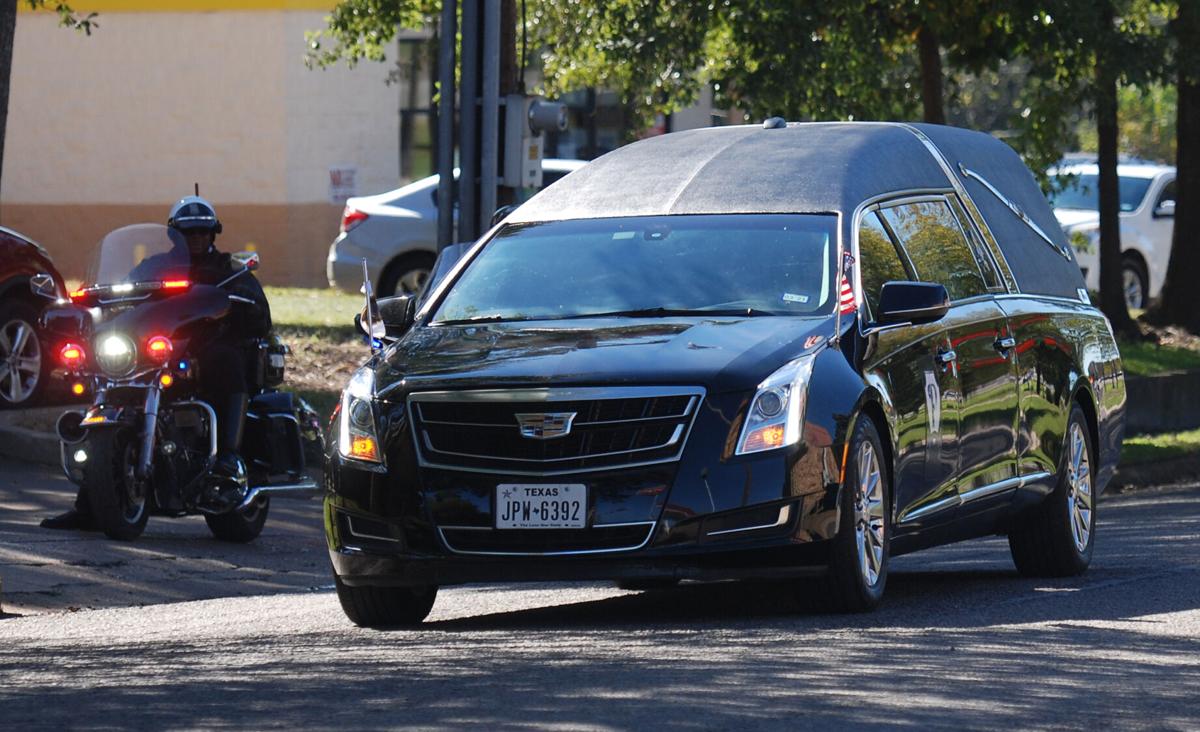 Sgt. Harold Preston, a Houston Police officer for 41 years and an Athens native is brought to his final resting place on Saturday in Athens. He was shot in the line of duty two weeks before retirement responding to a domestic violence call. 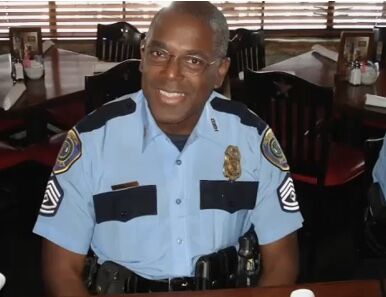 An interaction between Houston and Kilgore police at an intersection being blocked off for the funeral procession of Sgt. Harold Preston.

Sgt. Harold Preston, a Houston Police officer for 41 years and an Athens native is brought to his final resting place on Saturday in Athens. He was shot in the line of duty two weeks before retirement responding to a domestic violence call.

It was a somber afternoon in Athens as community members lined the streets, their hands raised in salute and the American flags they carried billowing in the wind, to pay respects for Houston Police Sgt. Harold Preston while a processional of first responders and loved ones escorted him home.

Preston, 65, was responding to a domestic violence call with officer Courtney Waller on Tuesday, Oct. 20 when a man who wouldn't let his wife in an apartment to get her belongings opened fire on the police. The man shot Waller in the arm, and Waller continues to recover in the hospital. But the gunshots to Preston's head and neck proved fatal.

Preston, a 41-year veteran of the force, was planning to retire in just two weeks.

The funeral procession began Saturday morning in Houston and ended, hours later, at the North Athens Cemetery, where Preston was laid to rest during a private ceremony.

The Kilgore Police Department was part of the procession from Trinity Valley Community College in Athens to the burial site for the final ceremony.

Along the lengthy route, dozens gathered to pay their respects. Some had tears in their eyes, and had to wipe them away. "It's just so sad," they said.

During a final staging just a mile away from Preston's final resting place, Houston Lt. Michael Collins said Preston made an impact on all officers when it came to treating people the right way.

"I personally knew Sgt. Preston for 15 years. He is one of the most humble, down-to-earth public servants you will ever meet. He taught me a lot on how to deal with people and treat people on a human level and other interactions. He treated people as individuals," Collins said. "He truly cared about the community and serving the community and he epitomized what defines law enforcement today and moving forward in the future."

"I truly believe he is responsible for much of the training that occurred for new officers and sergeants coming in, so people take his teachings and philosophies and pass it on to future generations of law enforcement," Collins continued. "I believe that not only in his interactions with citizens did he make a difference, but in each one of his interactions with officers as well."

Collins said the death of his colleague and friend does not seem real.

"It doesn't feel real because Sgt. Preston had 41 years of service to the police department and he was an institution in the division," Collins said. "You saw him every day when you came to work. You saw him when you left, you just expected him to be here forever."

As for the day-long procession, Collins said, "This means a lot and even more the solidarity as we drove up here from Houston and see how many people turned out to support Sgt. Preston's family and law enforcement as a whole."

The family asked for donations to the Domestic Violence Organization Allen Chapel AME Church in Athens in honor of Preston's memory.