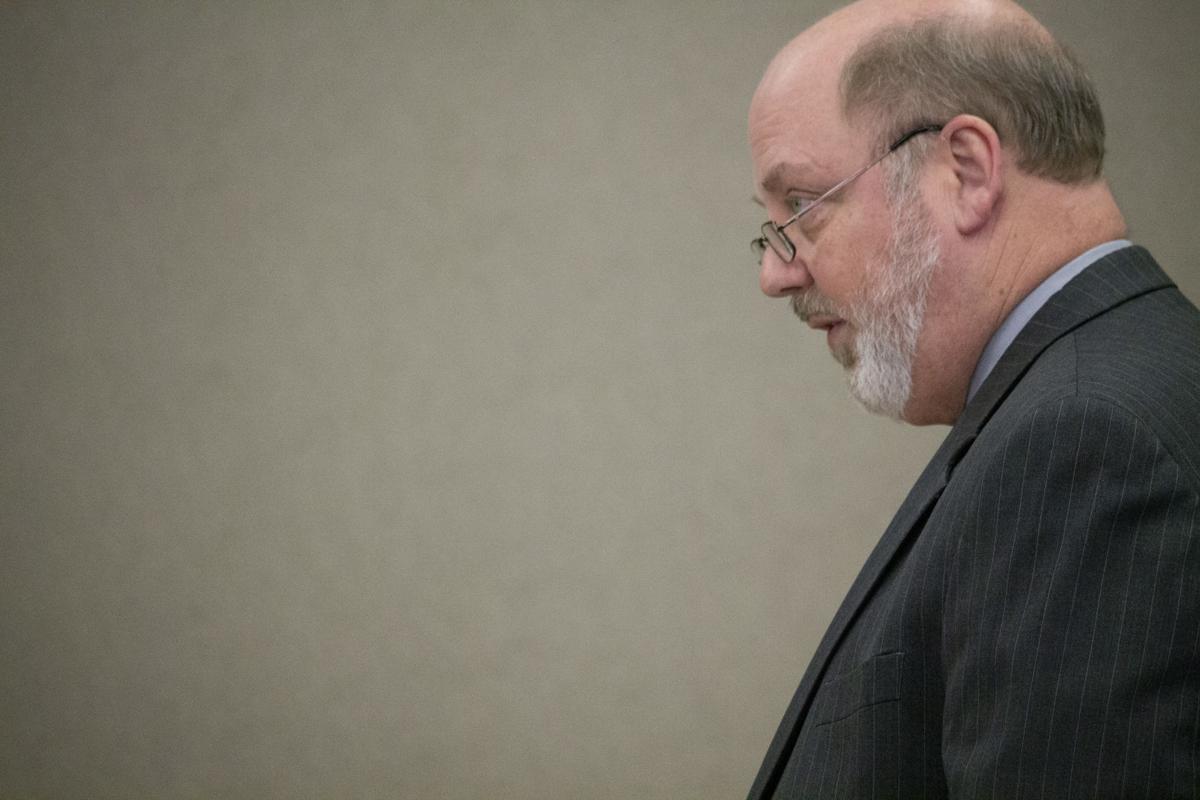 Kilgore ISD attorney Dennis Eichelbaum presents his arguments during a hearing in Gregg County Court at Law No. 2 Monday afternoon. The proceedings were the latest development in the years-long tax lawsuit Axberg v. Kilgore ISD, which concerns taxes the school district collected after repealing a Local Option Homestead Exemption in the wake of a sweeping state court decision. 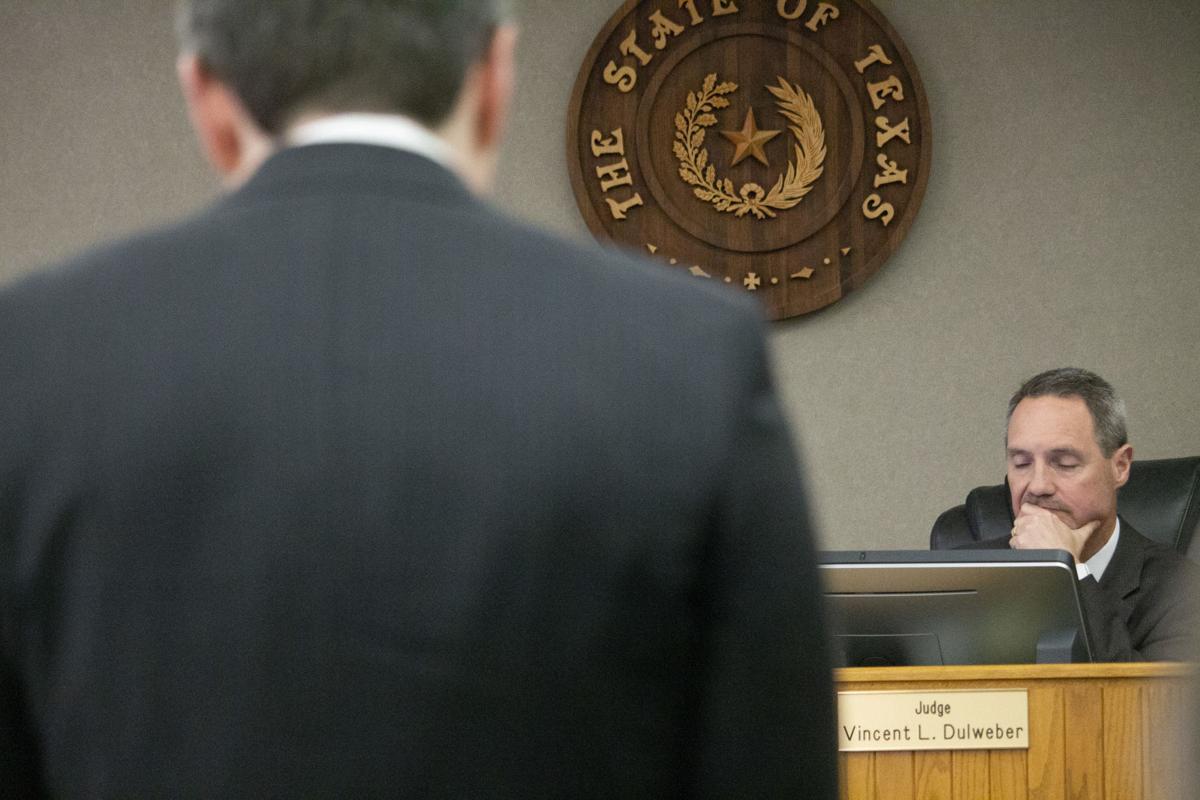 Kilgore ISD attorney Dennis Eichelbaum presents his arguments during a hearing in Gregg County Court at Law No. 2 Monday afternoon. The proceedings were the latest development in the years-long tax lawsuit Axberg v. Kilgore ISD, which concerns taxes the school district collected after repealing a Local Option Homestead Exemption in the wake of a sweeping state court decision.

On Monday, Judge Vincent Dulweber, in Gregg County Court at Law No. 2, heard arguments from lawyers representing the school district, the plaintiffs and the state of Texas in the case Darlene Axberg, et al., v. Kilgore Independent School District, as the parties tried to reach a motion for summary judgment.

Dennis Eichelbaum represented KISD, Jonathan Mitchell of Austin represented the plaintiffs and Will Thompson represented the state of Texas. Several members of KISD’s board of trustees, along with KISD staff, attended the hearing.

According to an opinion issued in Feb. 2019 by Justice Ralph Burgess of the Sixth Circuit Court of Appeals in Texarkana, “In May 2015, the Texas Legislature passed a comprehensive school funding bill designated as SB-1. In one of SB-1’s provisions, the Legislature prohibited school districts from repealing or reducing the amount of any Local Option Homestead Exemption (LOHE) that they had previously adopted. The Governor signed SB-1 on June 15, 2015. Apparently believing that a question existed about whether it had the authority to pass such a prohibition, the Legislature also passed a joint resolution, SJR-1, proposing an amendment to the Texas Constitution granting it the authority to ‘prohibit the governing body of a political subdivision that adopts a [LOHE] from reducing the amount of or repealing the exemption.’”

Axberg v. Kilgore ISD is a suit filed against the district in Sept. 2016 in Gregg County Court at Law No. 2 by John Claude Axberg, Darlene Axberg and Sheila Anderson. The plaintiffs are residents of KISD’s tax district and filed suit after the district rescinded a Local Option Homestead Exemption, which allows some property owners to exempt part of their property value from tax assessments.

KISD rescinded its 20-percent LOHE, which the district had voluntarily maintained for decades, in May 2015 following the Texas legislature’s introduction of a constitutional amendment, Senate Bill 1 and Senate Joint Resolution 1, which mandated Texas school districts could not remove or reduce their LOHEs from the amount set for the 2014 tax year through the 2019 tax year. The amendment also mandated an increase in the amount of taxable property covered by the exemption.

In his arguments, Eichelbaum claimed KISD’s LOHE, which was established in the 1980s, should have been exempt from SB-1 and SJR-1 because the bills as written only addressed LOHEs established in Fiscal Year 2014.

“We filed a regular motion for summary judgment as well as a ‘no evidence’ motion for summary judgment. The issue, of course, is the Local Option Homestead Exemption. We are now at 2020, so the statute is no longer applicable but we’re still here with the plaintiffs. Senate Bill 1, which is the genesis of this dispute, said that a governing body of a school district that has adopted an exemption under Subsection N for the 2014 tax year may not reduce or repeal (their LOHE.)”

Eichelbaum’s argument, claiming KISD did not violate the rules of SB-1 or SJR-1, centered on the usage of the term “adopt.” He claimed the wording of the bill meant its stipulations only applied to Texas school districts who recently adopted their LOHE. He also claimed that KISD never actually “adopted” their LOHE, saying it was in effect at the time of the bills’ passage but was not technically adopted, as per the wording of the bills.

Mitchell countered there was no information in the case which contradicted the rulings of higher state courts and there was no confusion over whether or not KISD fell under the terms used in SB-1 and SJR-1.

Mitchell continued, reiterating his point about Eichelbaum’s interpretation of whether or not KISD ever officially adopted their LOHE, claiming they had, in fact, done so in the 1980s. He argued KISD’s LOHE fell explicitly under the terms of both SB-1 and SJR-1 and, therefore, KISD had violated state law by repealing their LOHE and continuing to collect taxes no longer exempted by the LOHE from certain homeowners in their tax district.

KISD has been keeping these collected taxes in a separate, untouched fund since the case began and this fund now contains more than $4 million.

Dulweber allowed final arguments before announcing he would personally review the attorney’s arguments and the case information before returning his decision in seven to 10 days.