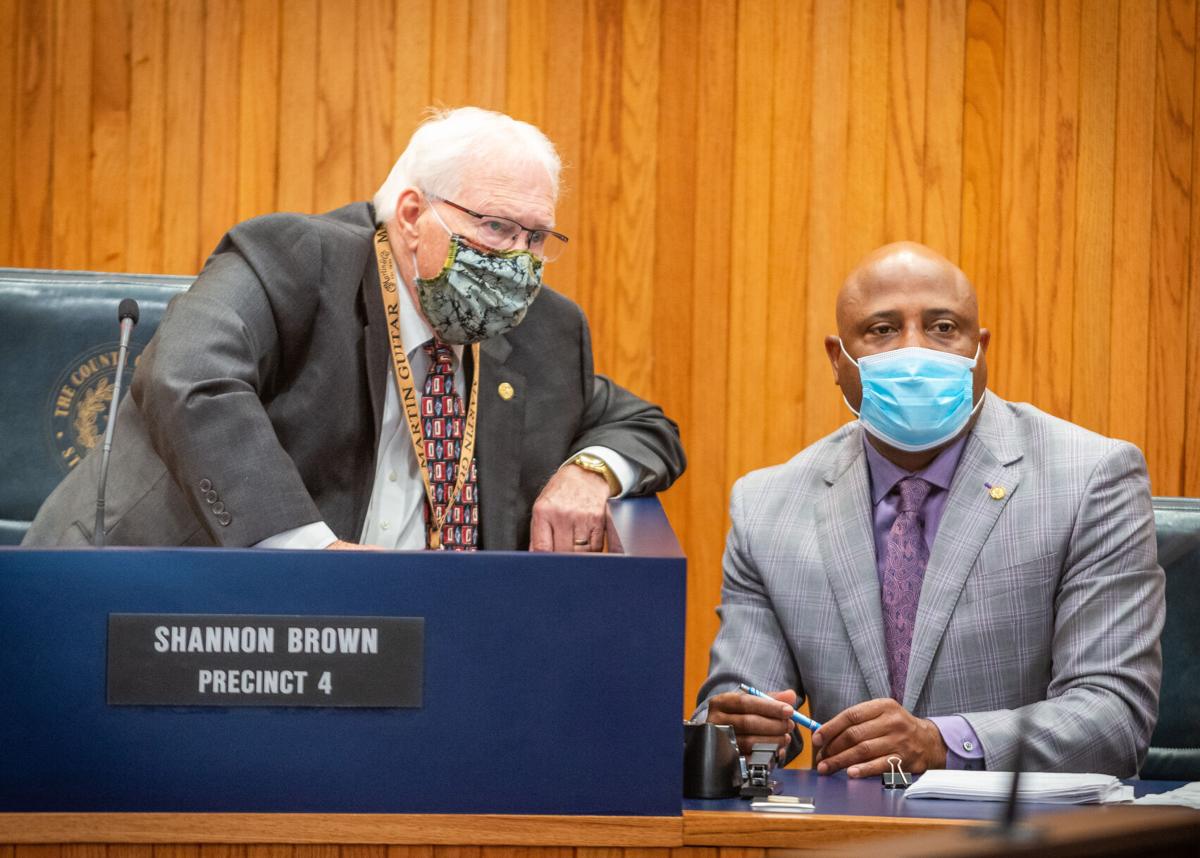 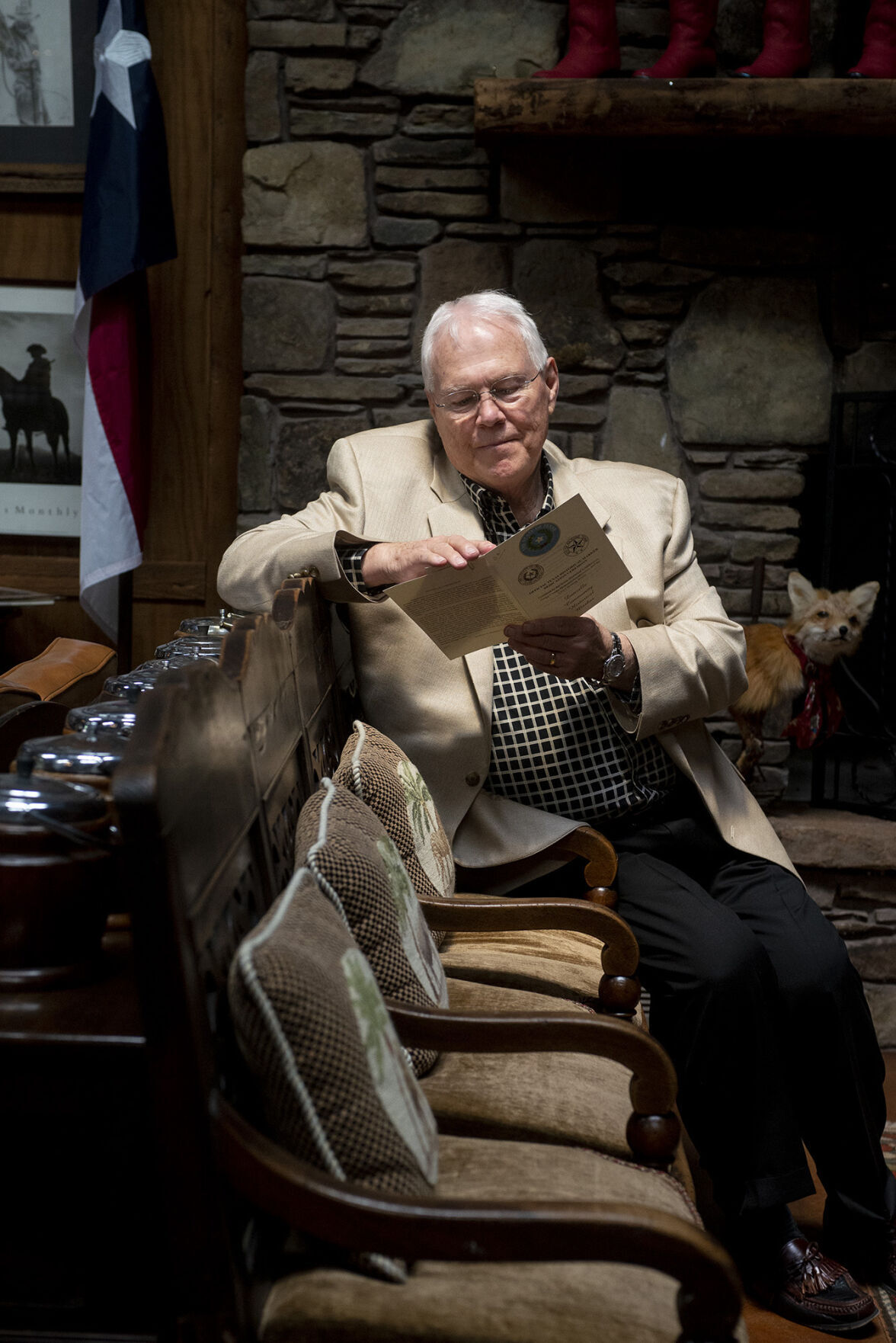 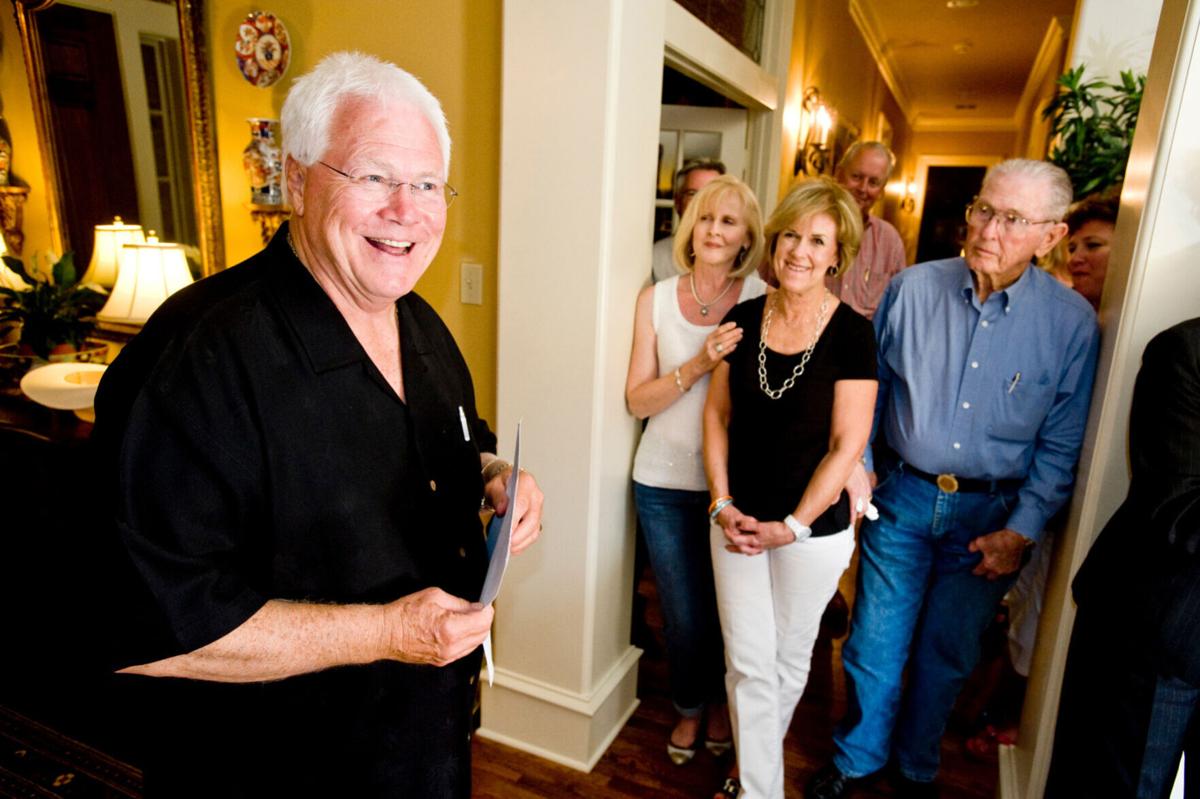 County Commissioner incumbent Gary Boyd announces the results of the night’s elections on May 29, 2012, during his election night watch party at his Kilgore home.

County Commissioner incumbent Gary Boyd announces the results of the night’s elections on May 29, 2012, during his election night watch party at his Kilgore home.

As Gary Boyd reflected Wednesday on his service to Gregg County, the retiring Pct. 3 commissioner said he believes he has left his precinct better than it was when he took office 10 years ago.

When his successor, Floyd Wingo, begins his tenure in office in the new year, Boyd said he hopes Wingo will carry on the work set forth in Precinct 3 and also leave the precinct in better condition than it is today.

Boyd ended 10 years of service as a Gregg County commissioner with a final Commissioners’ Court meeting Wednesday. He was first appointed to office by County Judge Bill Stoudt in the fall of 2010 to fill an unexpired term as Pct. 3 commissioner, which was left vacant when then-Commissioner Bob Barbee resigned. Pct. 3 of Gregg County includes White Oak, Gladewater and much of Kilgore.

Boyd won his first full, four-year term as commissioner in 2012. He was was re-elected in November 2016 to serve another four-year term, which ends in 2020.

A former Kilgore City Commissioner and Kilgore ISD trustee, Boyd was no stranger to public office when he first began serving as a county commissioner.

“I honestly believe that God expects us to give away part of ourselves, and that can be done in a million ways. Public service is one of them,” Boyd said. “That’s why my interest was there and is there.”

During his time in office, Boyd said he worked to be responsive to taxpayers of Pct. 3, answering his calls and responding to needs.

He also recalled working to simplify the equipment used by the Pct. 3 Road and Bridge Department, so that nothing “unnecessary” was purchased, and he tried to maximize the use of existing equipment, he said.

“I have been blessed beyond measure to really have a good crew. It’s allowed me to stay above the fray, so to speak, because my guys are so good to handle everyday that it’s freed me up to stay above the fray, to be interactive with folks in the precinct and to be philosophical a bit in my approach to the work that we do,” he said.

He noted building a new safety room with new restrooms and shows at the Road and Bridge Office and roadwork improvements among highlights.

“Pct. 3 has the largest amount of roads in the county,” he said. “I am pleased that we have made an effort to overlay main connective roads in that precinct, things like keeping them Boom-Axed (a tool used to cut trees and brush) and keeping high traffic roads resurfaced. We’ve done a great job with that. The precinct looks good.”

Part of the beautification efforts in Pct. 3 have included a focus on parks. For example, significant upgrades have been made at the Hugh Camp Memorial Park in Liberty City over the years that have included new playground equipment and a watering system.

Overall in Gregg County, Boyd said he has been proud to be part of a Commissioners’ Court that has worked to maintain a stable tax rate while adding to its reserve funds, which act similarly to a savings account, for the county.

Boyd said he chose not to seek reelection this year because he felt he had given his time to the county, and he is supportive of term limits to pass on the reins to fresh eyes. Republican Floyd Wingo, who defeated Kilgore ISD trustee Joe Parker during the March primary, was not challenged by a Democrat during the November general election. Wingo will take office in January.