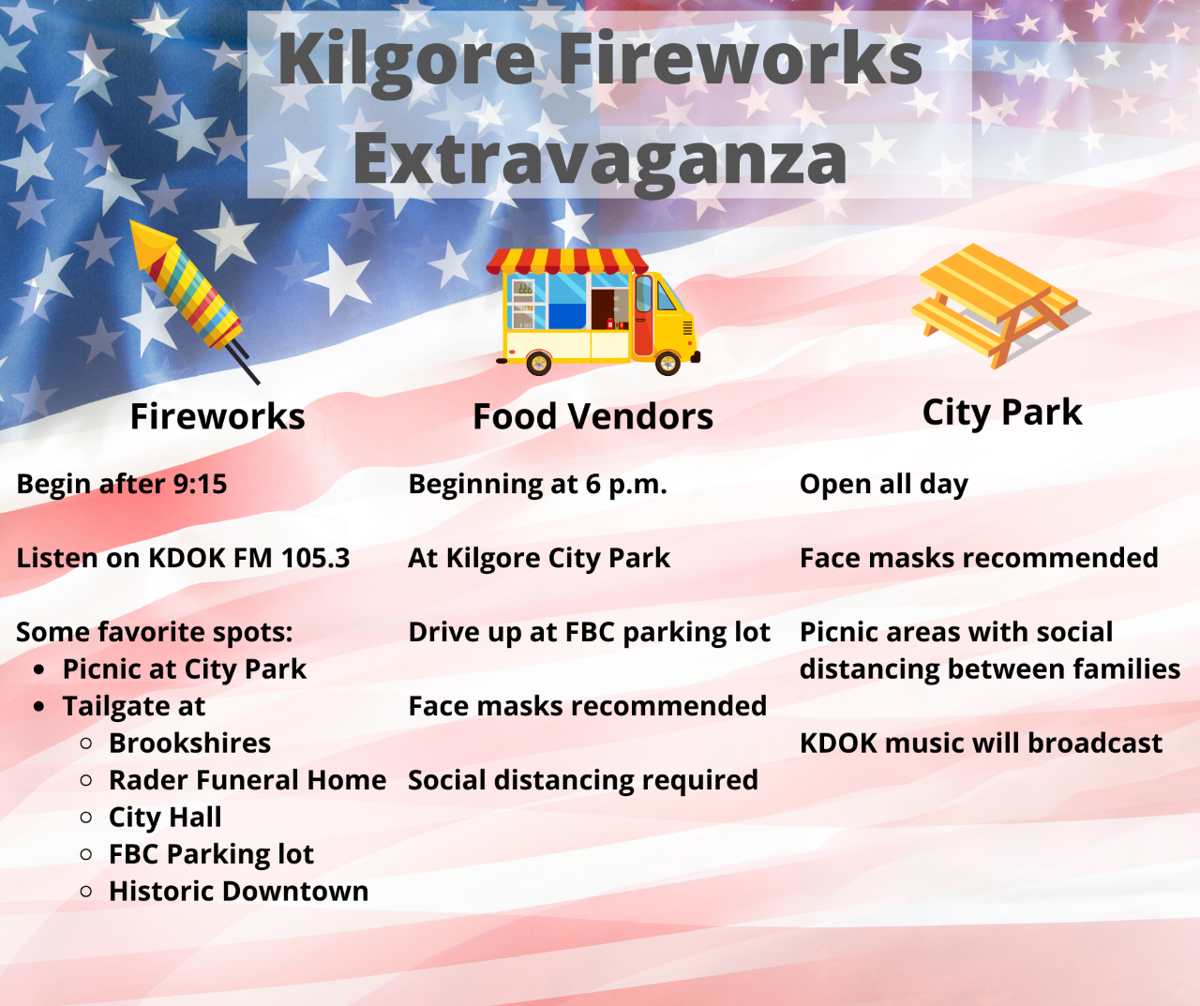 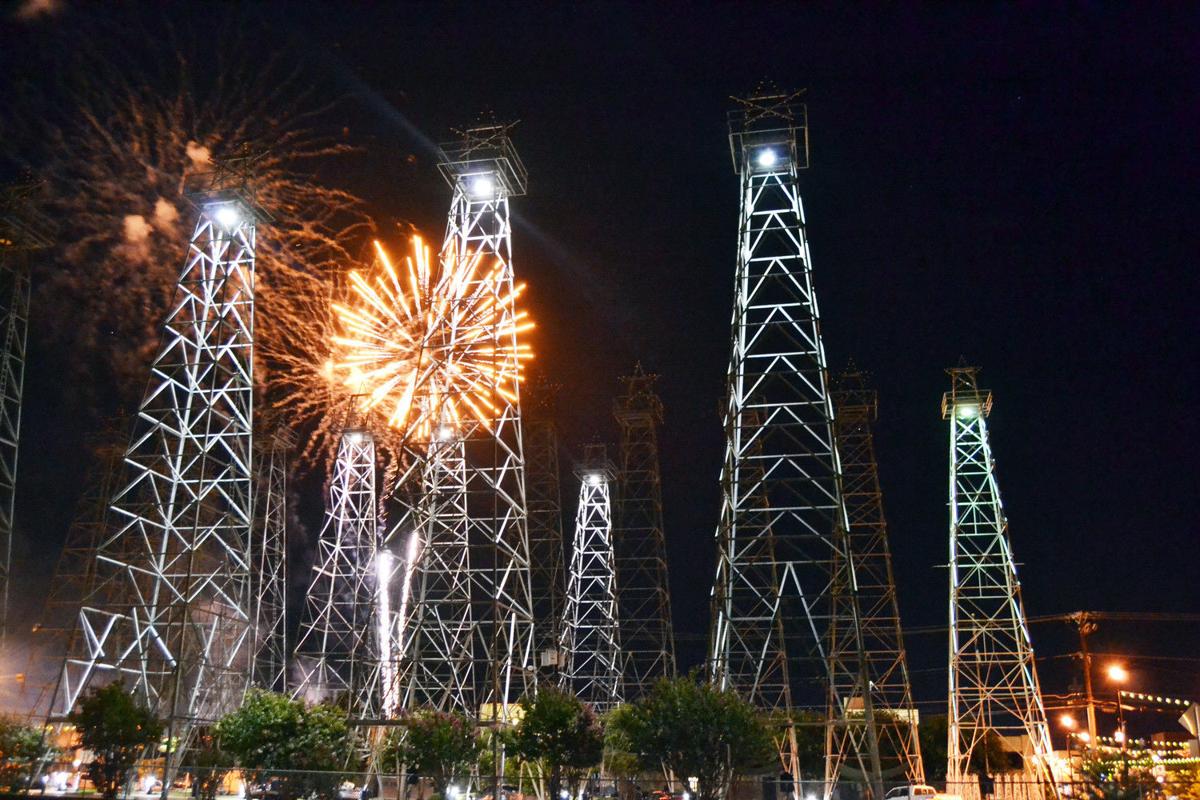 Fireworks burst over downtown Kilgore as a part of the city’s Fourth of July Extravaganza each year, and another is just a week away.

Fireworks burst over downtown Kilgore as a part of the city’s Fourth of July Extravaganza each year, and another is just a week away.

Did we mention fireworks?

The city of Kilgore is planning its annual Fourth of July Extravaganza for next Saturday, July 4, with new safety regulations in place.

City Manager Josh Selleck, along with members of Kilgore’s Main Street team, said that this year’s event will be different due to safety regulations to protect the community from the spread of COVID-19.

“It is important, and I believe we can do it safely,” Selleck said. “We have, in earlier years, called ourselves the most patriotic town in Texas and it is important for the Kilgore community to come together to celebrate their patriotism.”

Due to numbers of the virus beginning to rise again across the state, Governor Greg Abbott announced this week that gatherings over 100 people must be approved by the mayor, along with other regulations to help reduce virus infections.

Selleck said that the organizing committee already spoke with Mayor Ronnie Spradlin and received his approval with the changes made to the event.

One of the largest differences to this year’s event, according to Selleck, is that there will not be a band performing live music during the event. Instead, Selleck said that patriotic music will be playing at the park throughout.

Social distancing markers will also be placed in the park, and Selleck said community members are encouraged to bring their own masks to wear. Though, some masks will be available to community members who need them.

Businesses include Brookshire, First Baptist Kilgore, Rader Funeral Home and of course, Kilgore’s city hall. Various locations around the downtown area would also work, through Selleck said that the community should be aware of their sight line to be sure they can still see fireworks.

The fireworks will be set off after dark, around 9:15 p.m. on North Street by Las Tejanitas.

“We ask the community to be respectful of the businesses offering their parking lots by not leaving trash and avoiding damaging property,” Selleck said.

For more information on the upcoming event go to www.kilgoremainstreet.com/fourth-of-july-extravaganza.