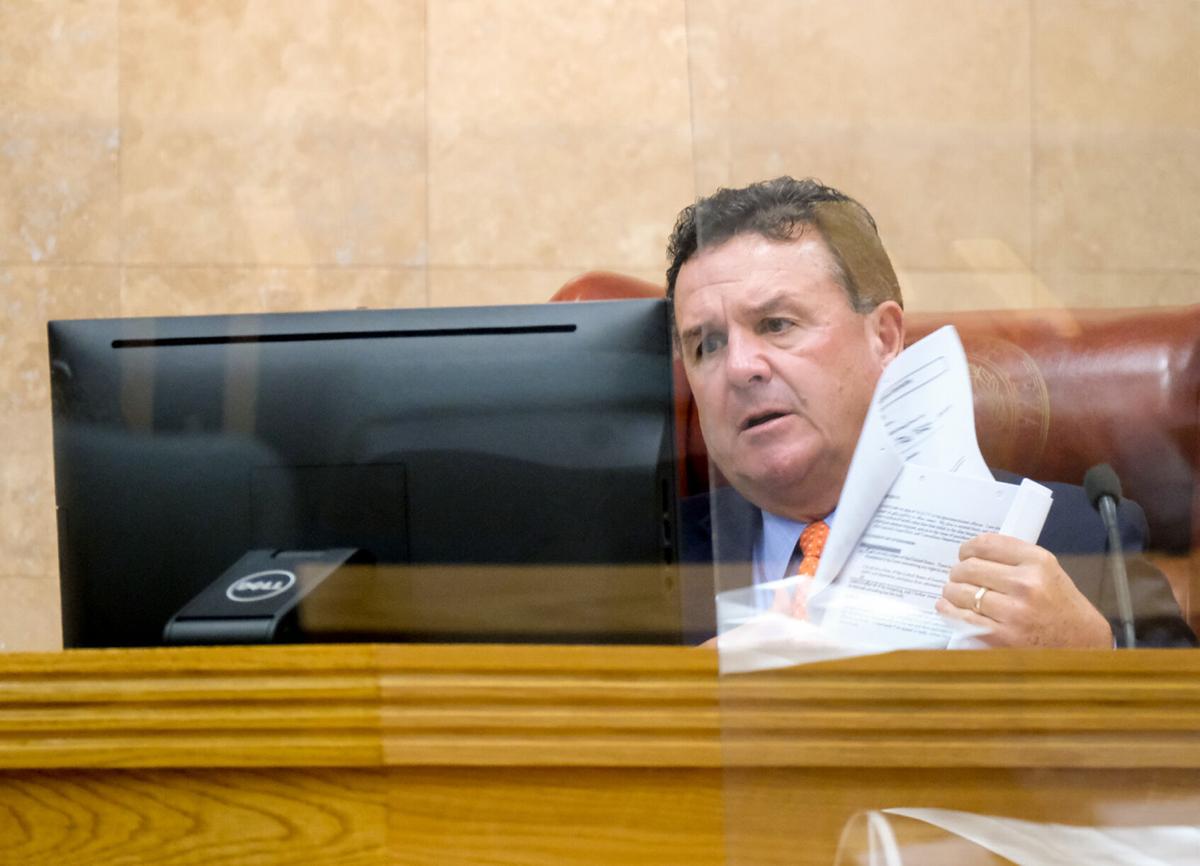 Judge Alfonso Charles shows paperwork to John Blayne Montalbano via Zoom as Mantalbano pleads guilty to a charge of intoxication assault with vehicle causing serious bodily injury, on Wednesday September 8, 2021, in the 124th District Court at the Gregg County Courthouse. 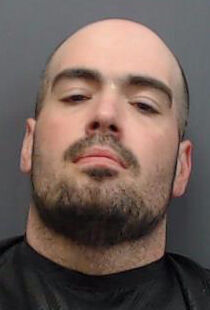 A Kilgore man pleaded guilty Wednesday to two charges of intoxication assault related to a drunken driving crash in October 2019.

Montalbano entered his plea in front of Judge Alfonso Charles of the 124th District Court and will be sentenced at a later date after a pre-sentencing investigation.

According to the grand jury indictments, Montalbano was intoxicated while driving Oct. 13, 2019, when he hit a vehicle driven by Melissa Allums, seriously injuring her. He also was indicted for injuring a person known by the initials “BA,” who was a passenger.

Charles said the charges carry possible penalties of two to 10 years in prison and up to a $10,000 fine for each count.

Details of Montalbano’s plea agreement were not immediately available.

Charles said he will consider the agreement, but it is dependent on Montalbano following all pre-sentencing protocols during his release. He must check in with a release officer and cannot drive, use alcohol or illegal drugs, violate any laws or miss hearings for his case, Charles said.

Montalbano was initially arrested in February 2020 and released March 31, 2020, after serving time for a probation violation on a theft charge. He was arrested by Gregg County sheriff’s deputies at the courthouse on the grand jury indictment June 10, 2020, and was released on $15,000 bond the same day.

An affidavit to surrender on his bond put him back in the Gregg County Jail on Aug. 5, 2020, and he was released the same day.

On Dec. 9, Montalbano was booked back into jail on bond forfeiture for both charges and was released Dec. 15.

Another affidavit to surrender on the bonds occurred April 14, and he again was booked into the jail. He was released on personal recognizance Wednesday.