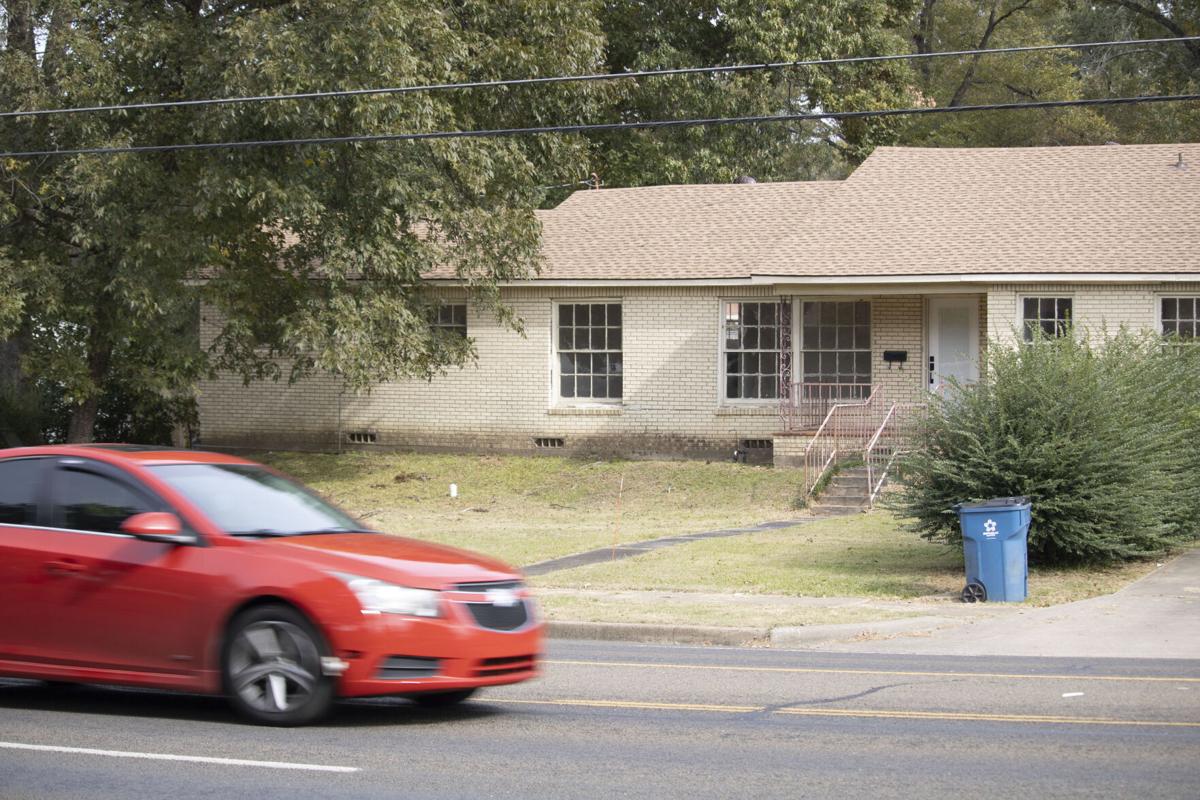 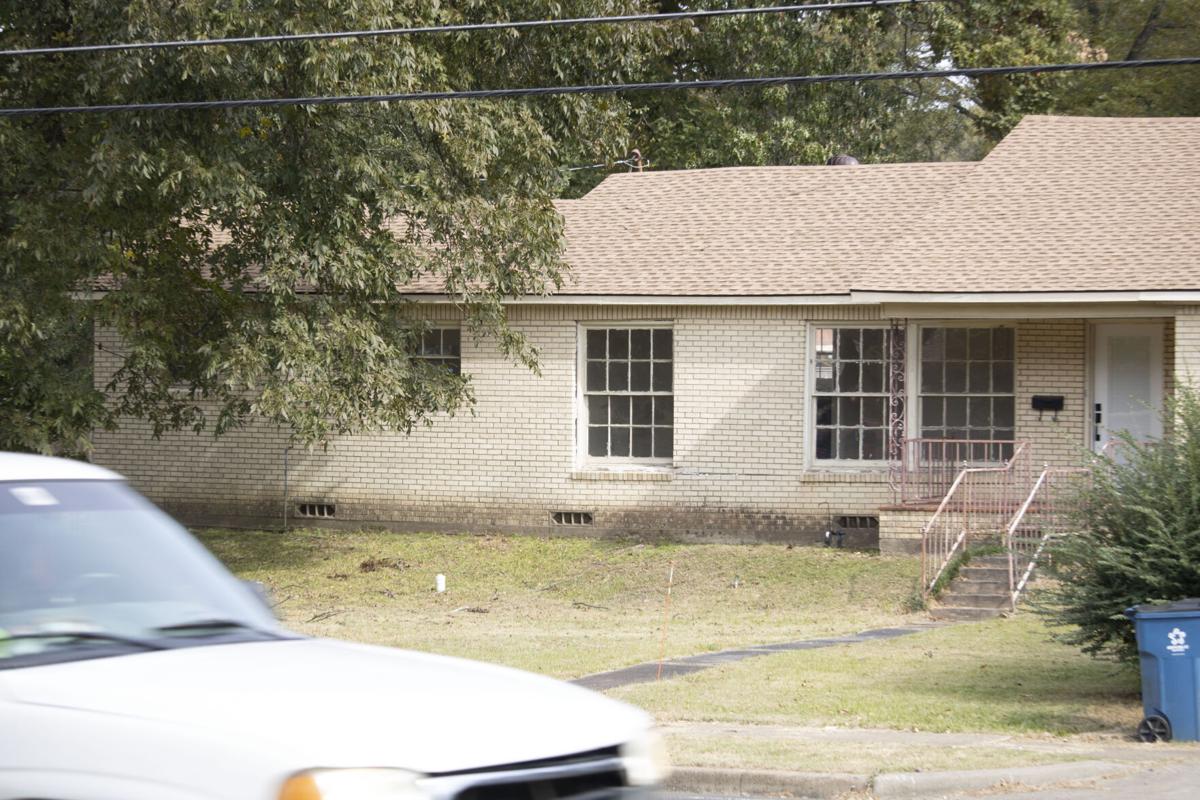 Ordinance No. 1806 requested to change the zone of the property from Single-Family Residential District to Neighborhood Services District with a Conditional Overlay Combining District.

The applicant, James Ledbetter of Lewsiville, recently purchased the property with the aim of turning it into an investment property. According to the council report, Ledbetter indicated that the only thing that would change with the building would be light cosmetic work. However, he will have to address parking and ADA compliance issues. The property is located between the offices of Julie Woods & Associates and another single-family home.

At the meeting, Ledbetter told council he planned to turn the former home into a quiet business that would fit comfortably into the surrounding residential area.

“I am fully committed to trying to work in collaboration with the neighborhood,” Ledbetter told council and those in attendance.

“When I bought this house, it was with the intended purpose of perhaps renting this out to an insurance agent or a real estate agent or a financial planner, something along those lines. I have one other property in which I have done this for about 25 years in Round Rock, Texas, and I’ve always wondered if I could find another property for such a purchase. This one came up and I purchased it. My intentions would be to rent it to a business, to a quiet business, no food services. My other property I rent to an Edward Jones consultant. I’ve already reached out to Edward Jones to ask if they’re looking for more space in the Kilgore area. My focus is a quiet business, no food service, no retail, nothing along those lines and I would certainly like to try to work in tandem with the neighborhood.”

Kilgore’s Planning & Zoning Board held public meetings on the proposed zoning change in September and October, and local residents at each meeting protested the change. City staff have also received letters of complaint, according to the council report. As a result, council approval of the ordinance required a super-majority vote and two local residents attended the Oct. 26 meeting to explain their concerns.

Patsy Morris, of Andrews Street, said she was concerned about possible future land uses that would detract from the quality of her neighborhood.

“In that particular block, with houses front and back, it’s all residential. One commercial building, Julie Woods on the corner and every other house is residential in that entire block. I don’t object to Mr. Ledbetter and I’ve said this at both P&Z meetings. I think he wants to work with us and I think he will try to find something that will be acceptable to us.”

Morris said she and other residents were concerned because a previous commercial property, a Dairy Queen located on Lantrip Street, had been built near a residential neighborhood.

“The only other city council meeting I’ve ever been to was concerning the corner of Kay and Lantrip. We were shown an architectural picture of a nice office building and we ended up with a Dairy Queen. So we’re all a little testy about what might be done right behind our houses or fairly close to our houses,” she said.

She explained she and others were concerned with the list of services permitted under the Neighborhood Services category on the zoning change. Some residents wrote letters stating they feared this would further open their neighborhoods to commercial development and disturb its family-friendly setting and appearance.

The zoning change and accompanying conditional overlay restrict businesses to operate within normal business hours and disallows certain types of businesses from opening in that location. Ledbetter has agreed to these restrictions but locals worry about what will happen to the property if he sells it in the future.

Former city council member and local resident Mike Sechrist explained he and others were concerned about future development of the site.

“I would like to say that Mr. Ledbetter has reached out to the neighborhood and spent a considerable amount of time talking about what he wanted and he submitted his conditional overlay he wanted to see under his purview, which is fully in concert with satisfying the need for the neighborhood to remain as a neighborhood,” Sechrist said.

“The expansion of what businesses that would be available in the conditional overlay was expanded by staff recommendations and accepted by the P&Z board with no respect for Mr. Ledbetter’s request for the types of business he might want to put there. He’s committed to us, but my concern is you, the city council, need to honor his request and limit those special conditions to what he asked for, not to expand it.”

City Manager Josh Selleck replied the city was unable to tightly restrict what businesses would be permitted at the site, as that could lead to further civil litigation issues in the future, which could upend all the restrictions already agreed upon.

“We took Mr. Ledbetter’s request and put it into something that we could work with legally within our code,” Selleck said.

“Most of the items Mr. Ledbetter indicated he wanted to do fell into the office category. What zoning is not, is pick and choose exactly what you want to do. We don’t have that ability. We put it into the neighborhood services category, which has four or five land uses: there’s retail, there’s professional services, there are all sorts of things. We looked at Mr. Ledbetter’s request and we can’t do something called ‘spot zoning.’ We’re pushing the limits with the tools we have here. We started with the office category and then there were a few uses within the office category we agreed were obnoxious, so we even limited it within that category.”

Selleck agreed with concerned residents about possible future uses of the land but said the current ordinance was the best chance to preserve the property going forward.

“Your concern about what happens with the next owner is not inappropriate. If we tighten this so strictly, that we make it a winning case on a spot zoning civil case against the city, the fact it has already become a commercial property will stand, all the restrictions will be pulled off. We’re trying to craft something that takes into account (Ledbetter’s) intent and that we think will stand up in a court of law and that still provides the protections y’all are desiring.”

Because of the amount of protest received by residents, the council required a super-majority vote to pass the ordinance. Mayor Ronnie Spradlin made the motion to accept the ordinance, which was seconded by council member Victor Boyd and the vote was unanimous for approval.