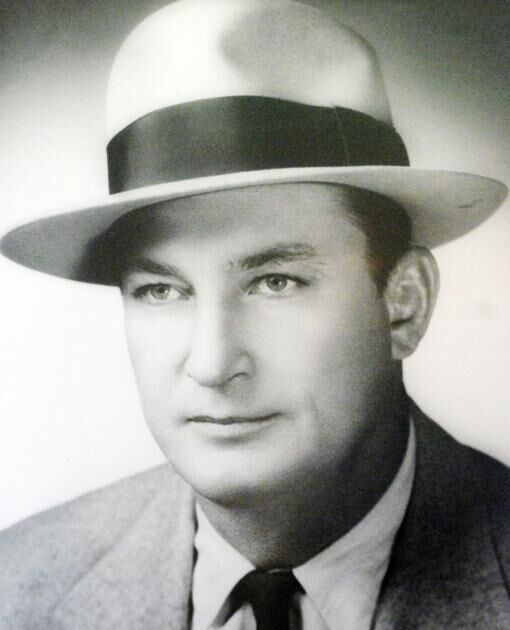 This photo from the Kilgore College website shows a typical workout inside the college's Parks Fitness Center. The fitness center, named for former coach James Monroe Parks, is currently closed, due to coronavirus caution. (Photo from KILGORE.EDU)

This photo from the Kilgore College website shows a typical workout inside the college's Parks Fitness Center. The fitness center, named for former coach James Monroe Parks, is currently closed, due to coronavirus caution. (Photo from KILGORE.EDU)

Kilgore College’s fitness center has temporarily closed, due to an individual showing potential symptoms of COVID-19, the college confirmed to the News Herald Wednesday afternoon.

The individual is being tested, the college confirmed, but has not tested positive, as originally reported. Parks Fitness Center, located on campus near the Rangerette Museum, has closed for the time being, a statement read Wednesday.

“KC has temporarily closed the fitness center because of a notification that someone (who had been inside of the Parks Fitness Center) displayed symptoms associated with COVID-19,” the statement reads. “While that individual was wearing a face covering and observed social distancing standards, the fitness center will not reopen until it is deemed safe for long-term public use.”

The college is currently registering for fall classes, but things will look different, at least in extracurricular activity: football, basketball and fall softball have been moved to spring (in accordance with NJCAA coronavirus guidelines) and the Rangerettes, while they won’t be performing at halftimes of football games this fall, will be preparing for their Christmas program, future halftime shows early next year and the Rangerette Revels.

Like a lot of things in Kilgore, the fitness center’s name, Parks, has a special meaning.

The Parks Fitness Center is named after James Monroe Parks, an Elkhart native, Palestine High School graduate and a three-sport star in baseball, football and basketball at Baylor, all according to Kilgore’s resident historian, Terry Stembridge.

Parks’ coaching career eventually brought him to Kilgore High at an early age, and then to Kilgore College as head basketball coach and as an assistant football coach, also teaching business and economics classes.

“He loved sports,” Stembridge said, in an interview with the News Herald about Parks a couple of years ago. “(Parks) was well known all through the sports circles.”

Parks continued to serve as head basketball coach until 1951 and became head football coach in 1942, serving in the position through 1947, and after that, he became the college’s athletic director.

A plaque in the Parks Fitness Center reads, “James Parks built a championship tradition at Kilgore College and helped elevate the school to regional and national prominence… He set the stage for a legendary era in the college’s athletic history.”

The 1946 KC Ranger football team, which Parks coached, was undefeated going into the “Little Rose Bowl” game in Pasadena, California, to face Compton Junior College. Compton would go on to win, 19-0 according to the KC Athletics website, but Stembridge said, the game might be one of the greatest athletic highlights for the college because of the support the team had at the game from community members and the Kilgore College Rangerettes.

Although the Rangers did not win the Junior Rose Bowl, Parks had three championship teams during his 13 years as head basketball coach – in 1942, 1943 and 1949.

The college honored Parks as its Ex-Teacher of the Year in 1981 and the fitness center was named in his honor, posthumously, in 1991.

His daughter, Janet, was a member of the Rangerettes while at Kilgore College and was named Miss Kilgore, while his son, Bobby, played basketball on Kilgore High School’s championship basketball team.

Parks was very well liked in the community and was involved in service clubs and civic events throughout the area, Stembridge said. “He was just very much admired and had a devastating wit; he was very, very funny,” he said. “He was widely known and respected outside of the sports world.”

During the oil boom days when Kilgore boasted a very active social life, Stembridge said, Parks was involved in everything and was prominent in all the social circles in town.

Stembridge counts Parks’ coaching career at KC as one of the best in the college’s history, noting the Junior Rose Bowl appearance and his 34-year tenure at the school.

Stembridge noted Parks was also known for his fashion sense, describing Parks as “flamboyant,” in the best sense of the word.

“He was a dapper dresser,” he continued. “It wasn’t a T-shirt and baseball hat. He was always immaculately groomed.”

Parks died on June 22, 1987 at the age of 74 – he would have turned 75 a little more than one month later on July 27. He is buried in Kilgore City Cemetery next to his wife, Nadine Utzman.

Any updates on the fitness center, or all things KC-related, will be posted in print and online at kilgorenewsherald.com.