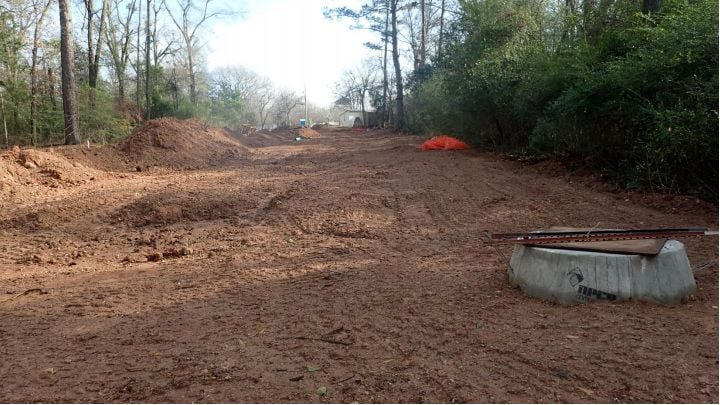 Wells Street is close to being finished with sanitary sewer installation. The next phase will be work on the street’s water lines. 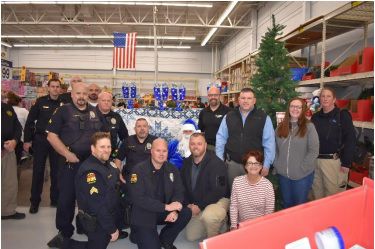 KPD was able to provide Christmas for over 40 children through two Christmas programs. The Kilgore Police Association hosted a Blue Santa program, which serves older children. All proceeds to operate the two programs come directly from citizen donations.

Wells Street is close to being finished with sanitary sewer installation. The next phase will be work on the street’s water lines.

KPD was able to provide Christmas for over 40 children through two Christmas programs. The Kilgore Police Association hosted a Blue Santa program, which serves older children. All proceeds to operate the two programs come directly from citizen donations.

The following is a list of events and information from the office of Kilgore City Manager Josh Selleck for the period Jan. 1-17.

■ Wells Street is close to being finished with sanitary sewer installation and will move on to waterlines next.

■ The Public Works annual kickoff luncheon was a success on Wednesday, Jan. 15.

■ LED upgrade project for the Downtown street lights has been completed

■ Parking lot lights at Driller have been repaired

■ Air conditioning unit was replaced in the radio tower on Longview Street.

■ Parks has completed the first round of clean-up from storm damage and will continue pickup as tree debris is brought to the street.

■ A survey for additional lots at Danville Cemetery is in progress.

■ Tables have been installed at the new shade structures next to the Splash Pad at City Park.

■ Chief Bellows will be giving an inspirational talk at the First Baptist Church Kilgore on Sunday, Jan. 26. Please attend if you can!

■ Although our municipal jail doesn’t fall within the governance of the Texas Jail Commission, we like to closely follow those standards along with our recognition standards.

We recently had the Jail Compliance Administrator from the Gregg County Sheriff’s Office conduct a jail inspection.

There were no deficiencies found, but there was a recommendation to have a complete fire inspection.

■ KPD was able to provide Christmas gifts for over 40 children through our two Christmas programs.

We receive names of children in need through the Lions Club, and we provide food, clothing, and toys to them.

■ KBAD (Kilgore Bulldogs Against Drugs) hosted a pizza party at the Kilgore Middle School and served pizza to those students who are members.

■ After a two-week in service school, three staff members graduated and were assigned to the KPD Field Training Program. Two had never been Officers, so they were also sworn in and received their badges in this ceremony.

■ Filming for the State of the Community video is nearly complete. The City has engaged with Kilgore College, KISD, the Chamber of Commerce, and City departments to compile a video highlighting our 2019 accomplishments and explaining our 2020 projects.

This video will be played at the State of Community event on Jan. 28 and will be available on our website and YouTube channel.

■ Downtown Building Improvement Grant program has been well received and Sonya has meetings set up with four building owners to discuss the improvements they wish to make to their respective buildings.

■ Save the Date: Feb. 21-22, the 8th annual KilGogh Arts Festival will take place at the Texan Theater and Old Post Office. Visit www.kilgoremainstreet.com/kilgogh for the details and to purchase tickets.

■ Three more trailers have been removed from King’s Trailer Park. The four month notices will be going out this week.

■ Planet Fitness permit has been released. Burke’s Outlet permit to be released soon for relocation to the old Brookshire’s.

■ Staff has received the first draft of the downtown plan and the land-use/housing plan. It has been reviewed and all comments have been noted with Freese and Nichols. The draft will be reviewed with the steering committee.

■ Planning Department is gathering all feedback Code Enforcement has received from businesses in regards to banners. We are researching other city ordinances in preparation of a code amendment for the use of banners inside the City limits.

■ The Kilgore Library has numerous new Afternoon Adventures programs that are starting in 2020. Each program will be on Thursday at 4 p.m.

Highlight of the Week

KPD Drone Program: Drones, or Small Unmanned Aerial Systems (sUAS), represent the future in law enforcement special operations. The Kilgore Police Department, recognizing the usefulness a drone program would bring to our ability to fight crime and serve the public, has created an aviation unit.

The unit consists of four specially trained police officers in the use of sUAS in numerous public safety operations not limited to, but including search and rescue, crime scene reconstruction/photography, suspect apprehensions, missing persons and natural disasters.

The Department has obtained a Certificate of Authorization from the FAA in order to fully operate the program under our direction.

Drone use will be guided by internal policies, FAA regulations, and state and federal laws.

The drones can be operated anywhere within the geographic Kilgore city limits.