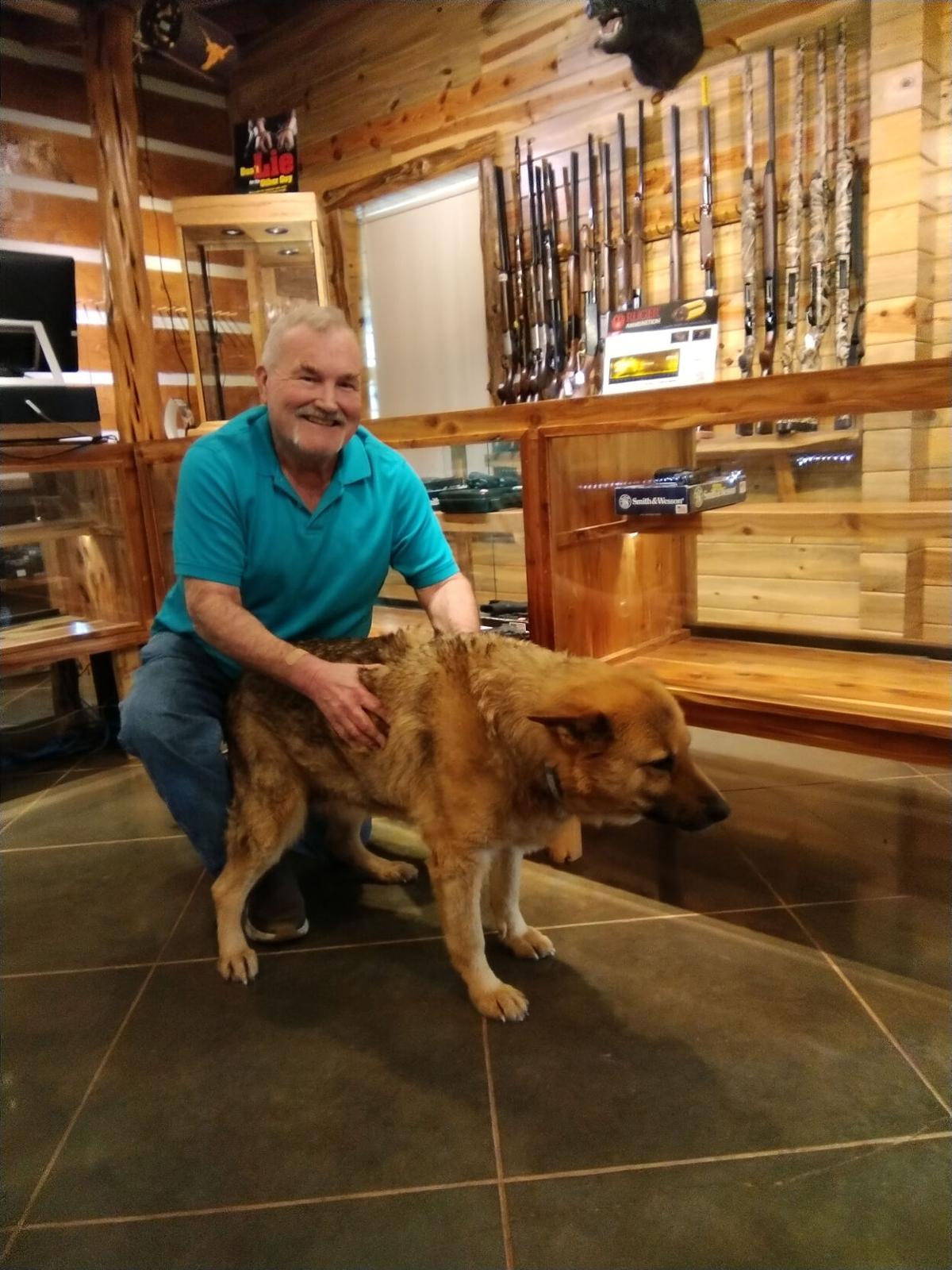 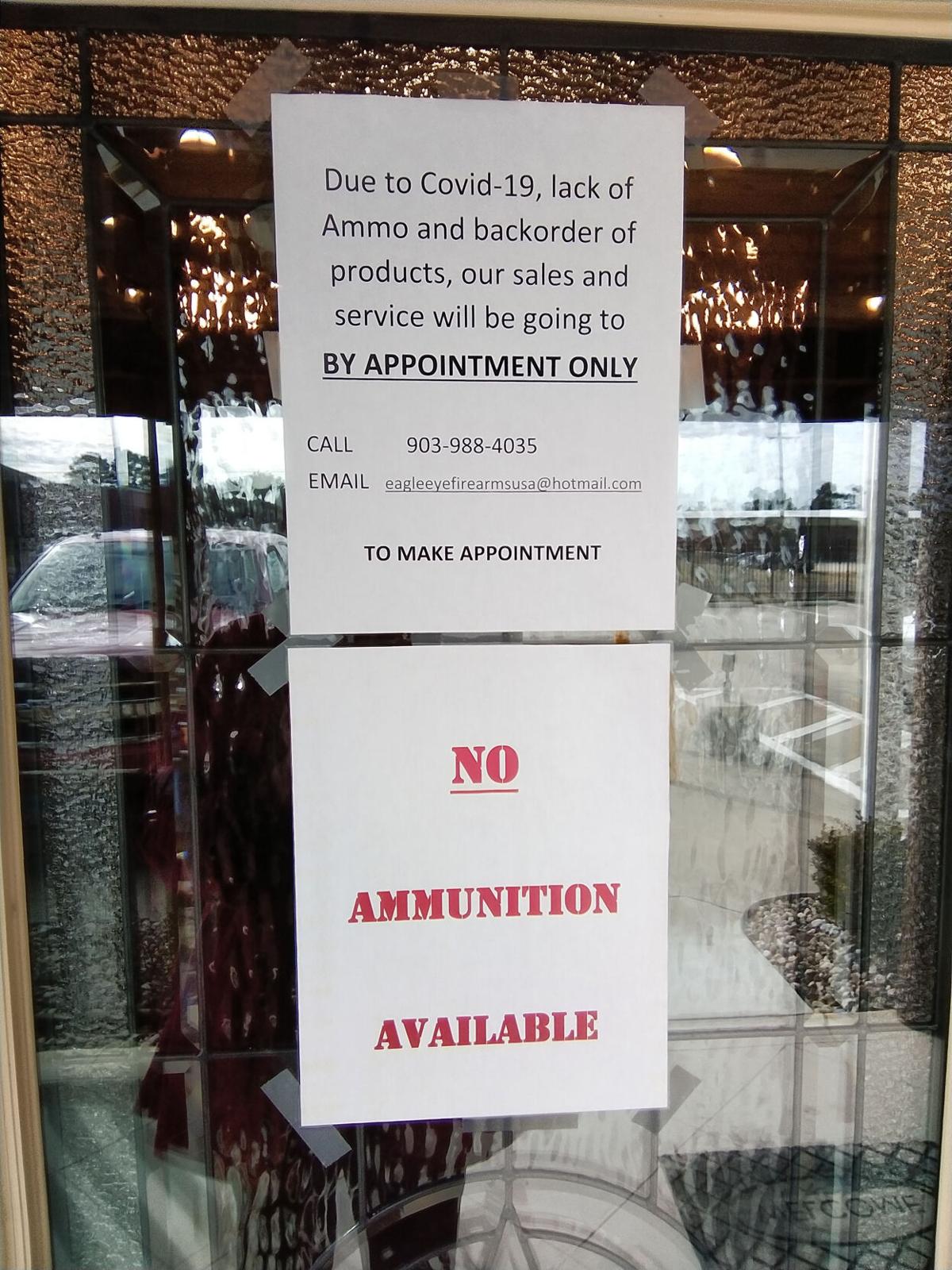 A sign posted on the door of Eagle Eye FireArms showing the seriousness of those attempting to maintain some control over the amount of sales of short supplies that will continue over the next 18 months. 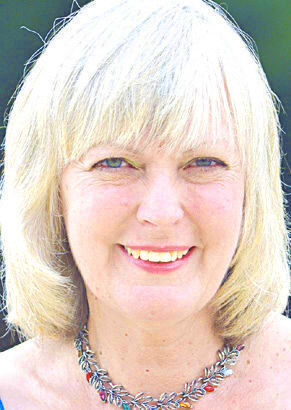 A sign posted on the door of Eagle Eye FireArms showing the seriousness of those attempting to maintain some control over the amount of sales of short supplies that will continue over the next 18 months.

THERE was a time when all young men looked forward to receiving their first real gun. Usually that gun would be a .22 single shot, and if lucky it would be a J.C. Higgins Brand from the nearest Sears Department Store. That was also where you purchased your BB’s, .22s and shotgun shells — and it was Sears that became the first of what we now call a sports academy. The .22 rifles were often called squirrel guns where I grew up. Squirrels and fried rabbits became just as much a part of an evening meal as home-grown hogs, chickens and cattle, with many of a company barbecue centered around employees hunting and fishing on weekends prior to the coming of an event. Hunting and fishing licenses were not required.

It was also the time where once doors and windows were left unlocked and arguments were settled with fist fights instead of the pulling of weapons — which was the cowards’ way, we were taught. Now, multitude of laws and licenses required regarding safety in your own home and the owning of firearms are needed to try to restrict the mishandling of a weapon. And now, instead of a .22 single shot, it is AR 15s and a magnitude of high powered rifles and handguns that are most talked about, and after seeing the line of people trying to buy guns and ammo especially on inauguration day, it can be alarming.

COVID has slowed the manufacturing of guns and ammunition as the demand is increasing. Our local gun shop owners turn down the sale of a gun if they do not have the ammunition.

According to Brad Clark, owner of Eagle Eye Firearms, the only way he can control all of his stock leaving in one day and maintain enough of it for his local customers is to open his shop by appointment only. It also helps to eliminate strangers coming in from the highway wanting to purchase.

He said, “According to our manufacturers, we will only get a small trickle of ammunition and our regular way of ordering won’t take place for another 18 months; guns will be in short supply until the summer months.

“Using a gun should be the last resort,” he emphasizes. “You need layers of protection — layers of defense before they ever reach you. Owning a guard dog is just one of many ways to be able to protect yourself.”

Brad, who is a LTC & NRA Certified Instructor, spent six years with infantry in the U.S. Marine Corp. He said, “I went through so many schools from mountain climbing to jungle fighting, I lost count. Even with the slowing down of manufacturing, I continue to teach gun classes at a rate of 1-2 per month. Each class is 4-6 hours long and does not include the range time. And I want everyone to know, even with the classes it takes 60-90 days to get back the license to carry to the student.”

He also teaches an hour-long free class for revolvers and semi-automatic pistols for those with no experience. To learn more about protecting yourself or joining a class, he can be reached at (903) 986-4035.

About those 22’s, I learned that although they may not be the “fashionable weapon” of the year, those old squirrel guns are quite the commodity to own.

THIS MONDAY, Feb. 8, is the 111th Anniversary of the founding of the Boy Scouts of America. Since 1910, 110 million have participated in scouting activities. Eagle Rank, the highest achievement for Scouts, has been earned by two million members. The first Eagle was Arthur Eldred in 1912. The first female Eagle, Isabella Tunney, achieved her medal on Oct. 31, 2020. Now called Scouts USA, the program has 23 million youth members and one million adult volunteers. For all of February, the display case inside London Museum in New London on Texas 42 has Boy Scout mementos from the private collection of J. M. Jones. As is museum policy, there is no charge to view the showcase.

A WONDERFUL TIME was had by all at a Britt’s Wine and Dine recently held at the Clements barn. He paired specialty food with Bordeaux wines; attempted to teach those who were not connoisseurs; and played games for door prizes. The event was well received and COVID safe. You will be hearing much more about him in the future as the old Elder school is transformed into a venue for him to provide even more to the community. Valentine’s Day is almost here — he can be reached at (903) 812-9090.