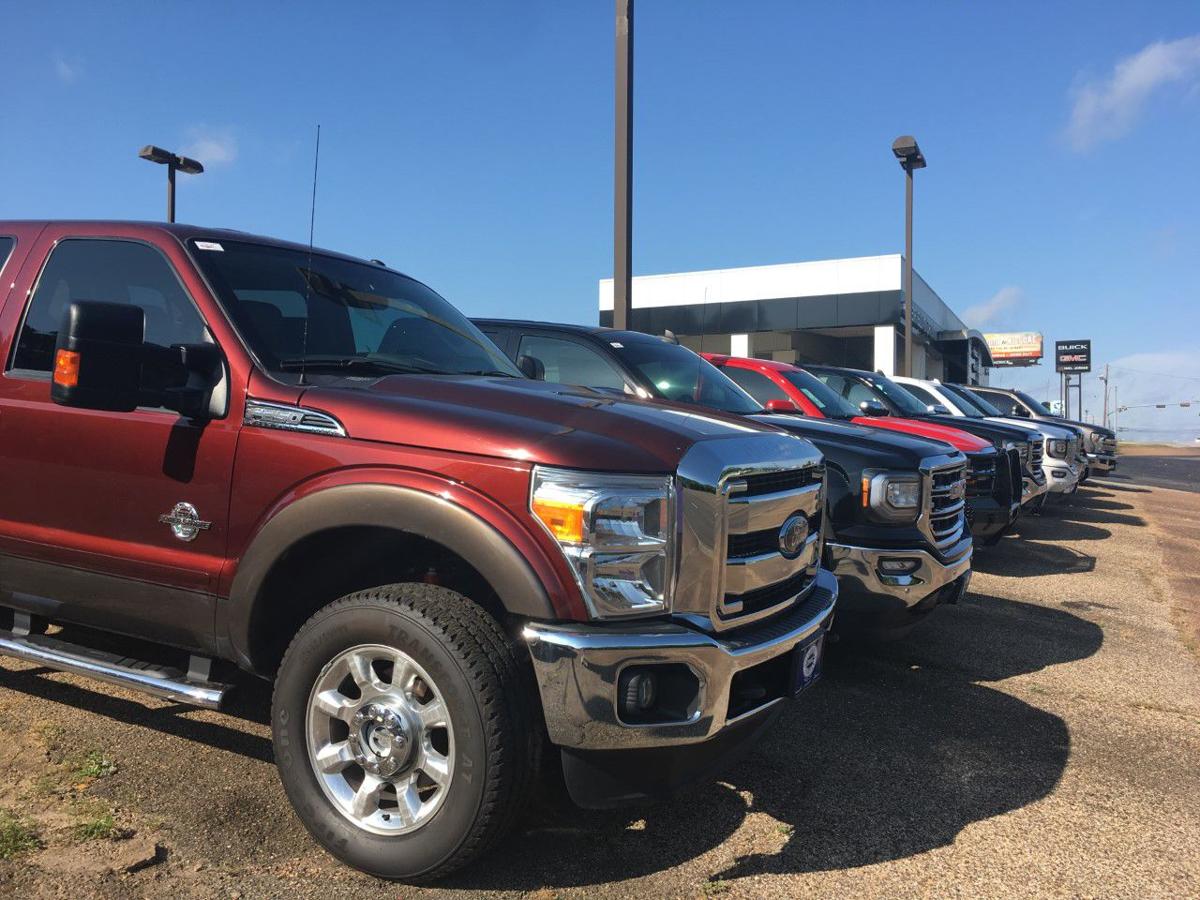 A line of trucks sits in front of Gabriel-Jordan in Kilgore, just off Highway 259. Local dealerships have weathered the coronavirus storm, they say, and are ready for business. 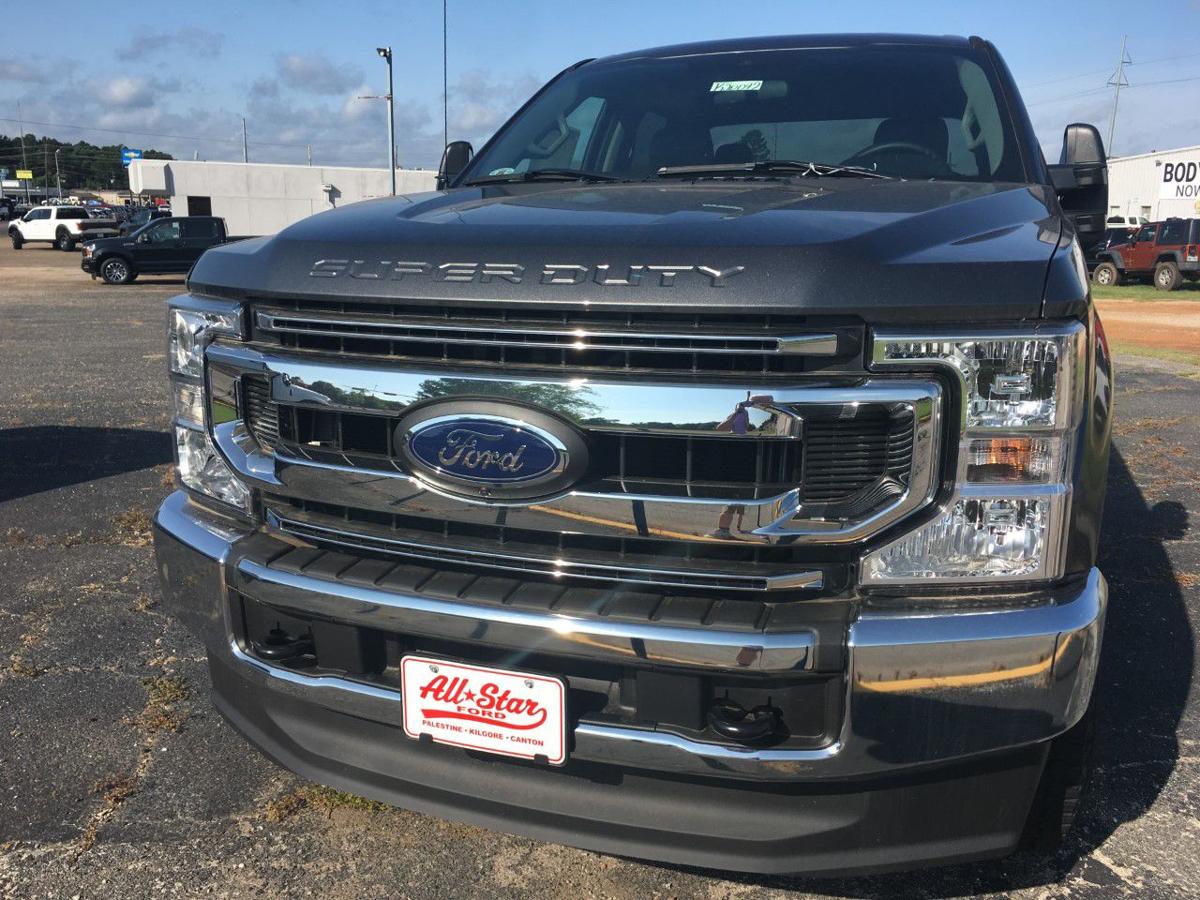 Coronavirus caution certainly didn’t help car dealerships, but they’re recovering, they say, and even offer car sterilization services now. This truck is on the lot at All Star Ford on Highway 259.

A line of trucks sits in front of Gabriel-Jordan in Kilgore, just off Highway 259. Local dealerships have weathered the coronavirus storm, they say, and are ready for business.

Coronavirus caution certainly didn’t help car dealerships, but they’re recovering, they say, and even offer car sterilization services now. This truck is on the lot at All Star Ford on Highway 259.

Although the auto industry was labeled early as an essential business, many of the local car dealerships have been negatively affected by the COVID-19 outbreak.

“During the first month, with the shelter in place order, our traffic slowed down considerably,” said All Star Ford manager Paul Rowland.

Rowland said that due to the nature of the auto industry as a commission-based sales job, the dealership has lost six sales representatives due to the lapse in business.

“If they can’t make commission, they aren’t making any money and they have had to move elsewhere,” Rowland said.

He said that since the end of the shelter in place order, the dealership has seen a rise in traffic again.

Tim Capps, owner of Gabriel-Jordan Auto Group, said that the auto group, like most businesses, was negatively impacted by the virus outbreak.

“During the first month our sales were down by about 75 percent or more,” Capps said.

However, Capps said that they worked on a company-wide plan to focus on supporting the local communities, and retaining all of their employees.

The auto group has a location not only in Kilgore, but also in Tyler, Henderson and many others in East Texas.

“The virus has affected us in a million different ways, but we do not want to spend any more time focusing on the negative ways. It has made us a better dealership, we have become stronger and we have adapted for our customers,” Capps said.

Rowland said that the dealership is operating within city regulations, keeping social distancing and adding sanitation stations around the location.

Capps said the auto group is doing the same, following CDC best practices and keeping up to date on state and city orders.

“It’s all about working together and coming together to support our customers, our staff, and the people in the community who have been affected by this virus,” he said.

All Star Ford is also offering free car sanitation by appointment for the community.

“It does take a couple of hours but if someone wants their car sanitized, we are offering to do that free of charge,” Rowland said.

Rowland and Capps both said that the dealerships are also doing a lot of home delivers to help protect the public.

“Basically, we are just doing what we can and trying to make it,” Rowland said.

Capps said that he hopes to take the good fortune Gabriel-Jordan has had during this time and pay it forward within the community.

He said that it is through organizations such as the Kilgore Chamber of Commerce and other local businesses working together to support each other that is going to be the key to getting through the outbreak.

“At the end of this there are going to be a lot of businesses that are going to be very grateful, myself included, to the work and the resources the Chamber has offered during this time,” Capps said,

“We are strong here in East Texas, we are resilient, and we are strong. More than that, we’re just freakin’ Texans. We’re not scared of a virus. We aren’t scared of anything.”