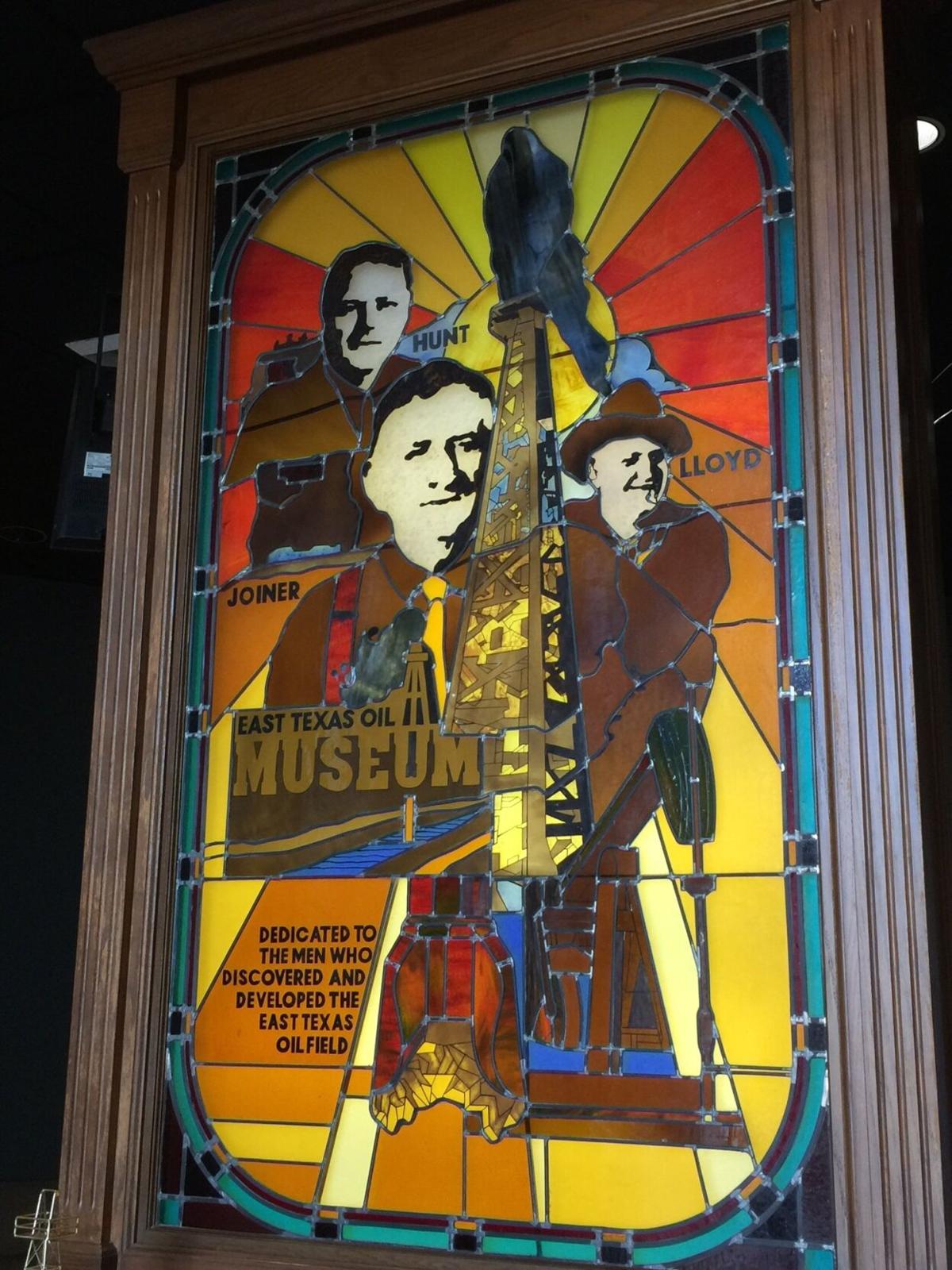 This stained glass window honoring key figures in the East Texas oil field is one of a thousand reasons to go in and visit the East Texas Oil Museum this month, as the museum celebrates its 40th anniversary. Also pictured: a depiction of the Oil Well Supply office. 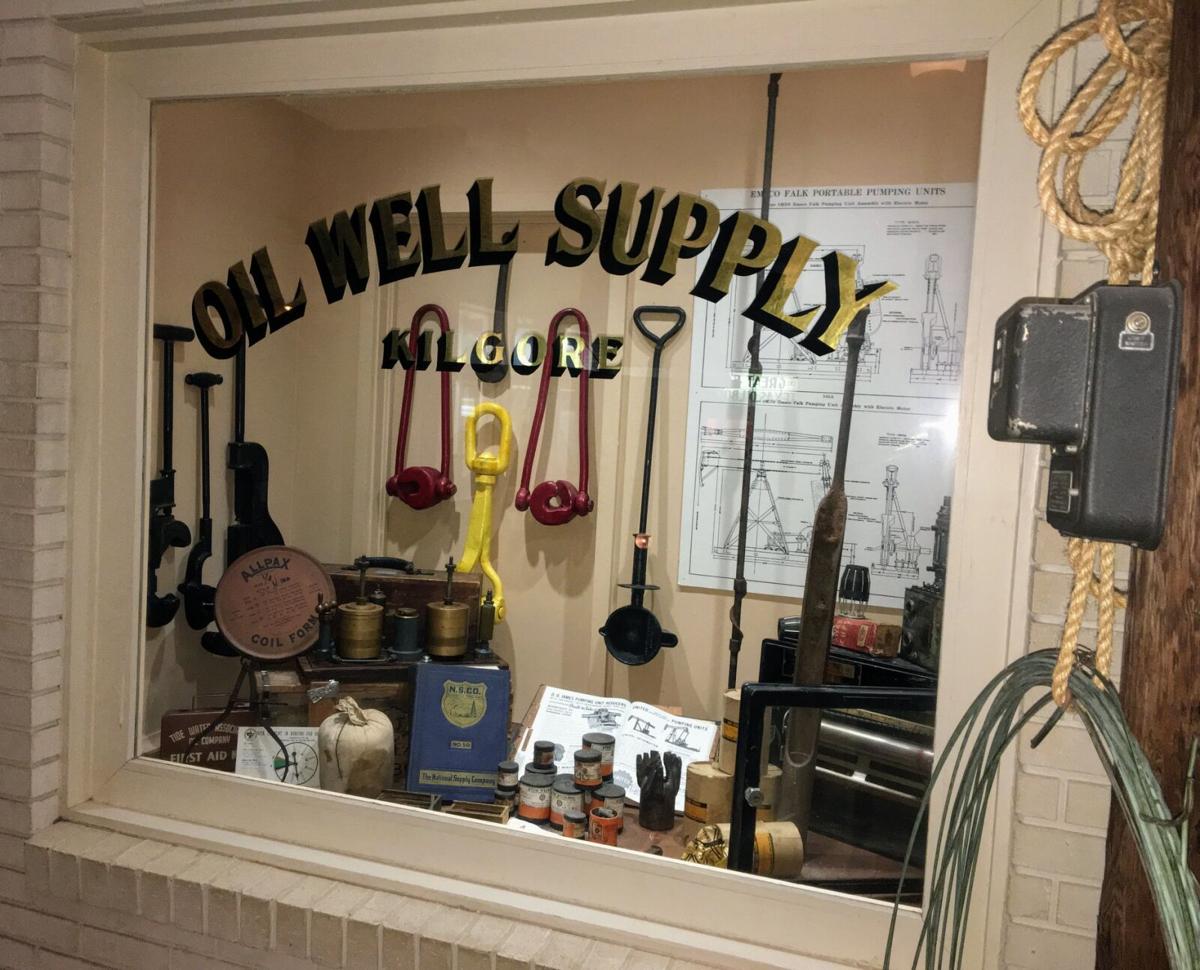 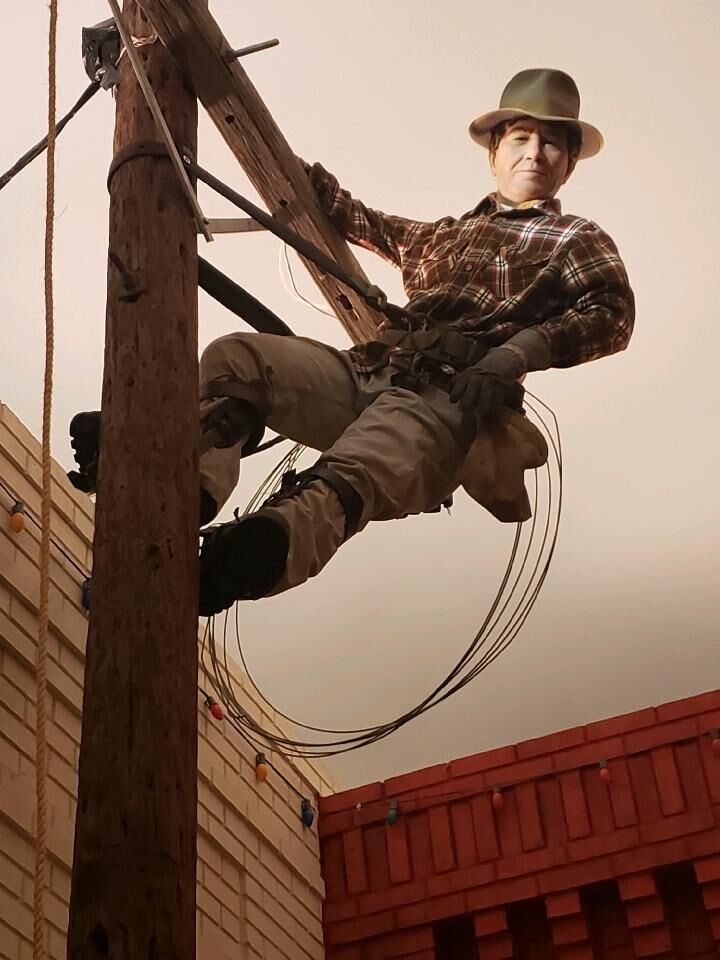 "Buddy the Lineman" is among the memorable features in the East Texas Oil Museum, celebrating its 40th anniversary this month. (Photo courtesy of the EAST TEXAS OIL MUSEUM FACEBOOK PAGE)

This stained glass window honoring key figures in the East Texas oil field is one of a thousand reasons to go in and visit the East Texas Oil Museum this month, as the museum celebrates its 40th anniversary. Also pictured: a depiction of the Oil Well Supply office.

"Buddy the Lineman" is among the memorable features in the East Texas Oil Museum, celebrating its 40th anniversary this month. (Photo courtesy of the EAST TEXAS OIL MUSEUM FACEBOOK PAGE)

The oil museum will host its 40th anniversary celebration beginning today, with a limited exhibit depicting the history of the Great East Texas Oil Field and the inception of the museum in 1980.

“We’re thrilled to be celebrating 40 years since we opened our doors,” said Olivia Moore, ETOM manager. “For anyone who hasn’t visited the museum, it’s a real treasure. And for those who have visited, the new limited exhibit depicting our history is a must-see for visitors of all ages.”

“Our anniversary is Oct. 3, 1980. We knew that with restrictions that museums have with being open, we couldn’t put it all in one day so we decided to spread it out over 2 months. The anniversary celebration opens this Saturday and closes Oct. 24,” Moore said.

She described the extended exhibit as a chance for museum visitors to learn not only about the rich history of the East Texas Oil Boom which put Kilgore on the map, but also about the museum itself.

“It’s a look into the East Texas oil field, which celebrates its 90th anniversary on Oct. 3, and the creation and history of the museum.”

ETOM, which underwent extensive renovations for the first time in its history last year, is prepared to receive visitors who can expect to see new and interesting changes.

“With the renovations, this is a great time for folks who haven’t come and seen those yet to see them. We have new and updated exhibits in the museum and the theater which had its grand opening on Feb. 1.”

The limited showing of the 40th anniversary exhibit will be on display through Oct. 24.

Visitors can also experience the upgraded Boomtown Theater, which was part of a two-year museum renovation project thanks to a grant from the city of Kilgore.

Seating in the theater was refinished to maintain a vintage feel, along with the installation of a digital projector to display the theater’s movie, “The Great East Texas Oil Boom,” which is now a digitized version of the original 16mm film.

Moore said several guests had called to express interest in the exhibit and she also confirmed ETOM’s enhanced cleaning and sanitization protocols to keep guests safe.

“We’ve had a few folks who have called and made sure we’ll be open Oct. 3. They’re excited to see the museum and see the changes and relive the memories of the East Texas oil field.”

Due to COVID-19 protocols, the museum will be limited to 35 guests at a time, and face coverings are required for all visitors.

The public can get a small taste of what the oil museum can offer, an honest-to-goodness revisiting of the Boomtown period, simply by going to the museum’s website, easttexasoilmuseum.kilgore.edu.

An excerpt from the history section of the site:

“The easy-going rural life of East Texas changed drastically with the discovery of oil during 1930 and 1931, when hardship, scorn, luck, and wealth brought people, ideas, institutions and national attention to East Texas.

“Columbus Marion “Dad” Joiner, a seventy-year-old wildcatter, had already drilled two dry holes when in May 1929, he spudded a third hole on the Daisy Bradford farm in Rusk County. But it was not until October 3, 1930, that a production test was done that resulted in a gusher.

“Oil fever began to mount with a test by Bateman Oil Company on the Lou Della Crim farm. On Sunday morning, December 28, 1930, while Mrs. Crim was attending church, the well came in, flowing 22,000 barrels a day.

This well was only nine miles from Joiner’s well, yet no one believed there was any connection between the two. No one reckoned for what was then a geological phenomenon: an incredible deposit of oil in the Woodbine formation that “pinched out” as it tilted upward against the Sabine Uplift.”

That’s just a brief example; to really get the full experience, the museum has to be on the checklist for anyone living in or visiting Kilgore.

More information can be found at https://easttexasoilmuseum.kilgore.edu