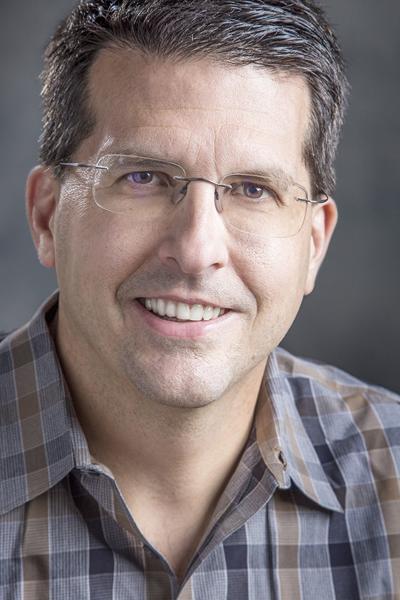 Have you ever received one of those Christmas cards containing an ominously folded piece of typing paper? You know, the one where you reluctantly open it, and you are suddenly afflicted with an insufferable multi-paragraph essay detailing the past year’s activities of a distant relative or forgettable acquaintance.

Hopefully you’re a glutton for punishment because you are about to read another one — only this time, most of you only know me as that nut who writes about how his three daughters spend all of his cash, his wife laughs at him a lot, and his pets take turns ruining his lawn and carpet.

First, I’m pleased to say that our family is currently feeding, housing, medicating and dodging the droppings of one less semi-domesticated creature — and I don’t mean one of my daughters. 2019 saw the untimely demise of Nibbles — the hamster to end all hamsters, at least for us. Nibbles was one in a series of small rodents who have lived with us over the years — including a family of birdseed-glutted roof rats who once set up housekeeping in the walls of our laundry room (and didn’t even have the common courtesy to do an occasional load of whites.)

My youngest daughter did have a hard time grappling with the harsh reality of Nibbles’ death — for about three minutes. But she was soon comforted by the nurturing balm of watching other people play video games on YouTube while I reverently laid Nibbles to rest in a toilet paper tube under the trampoline. In case you’re wondering, we still have two dogs, a cat, two hedgehogs, a horse, and a veterinarian who has a framed photo of me on his desk.

Our middle daughter has spent much of her spare time this year at church youth activities — when she’s not hanging out with her boyfriend, whom, incidentally, she met at church — which I’m sure God thinks is hilarious. But despite my distaste for the thought of her sharing a pew with another male figure other than the Holy Spirit Himself, I can’t really blame her — considering that I met my wife in Sunday school. I’m pretty sure the lesson that day was on whether or not Adam had a belly button, but all I could think about was how psyched I was that he gave up that rib.

On a less spiritual note, my eldest and most expensive daughter earned her driver’s license in 2019 and has been enjoying not running any useful errands for my wife and me. This is because she is constantly driving to various extracurricular practices or lessons that usually require a costly detour to Target and/or Starbucks. Speaking of costly detours, as a first-year driver, she is still learning to keep her bumpers to herself and has had a couple of fender-benders, to which I reacted by calmly assuring her that her safety is all that matters (and that I offer very reasonable interest rates on insurance deductibles and premium surcharges to be collected over the remainder of her natural life).

My wife spent 2019 in her usual kind and tolerant way — by not running away to Tonga or having me involuntarily committed. She remains the dignified, mature, even-tempered, and prudent bedrock of our family — and she’s a heck of a lot better-looking than bedrock. In addition to maintaining her impeccable character, she allowed the girls and me to accompany her on several business trips she took to fun locations this year — and she even brought us back home with her. I really don’t know what we would do without her — other than live in a Maytag box and slowly starve to death.

Overall, 2019 has been a great year for our family, and I can only hope that you, too, can look back on this past year as one with a limited number of pet burials and insurance claims.

Until next time — happy Christmas to all, and to all a reasonable vet bill!