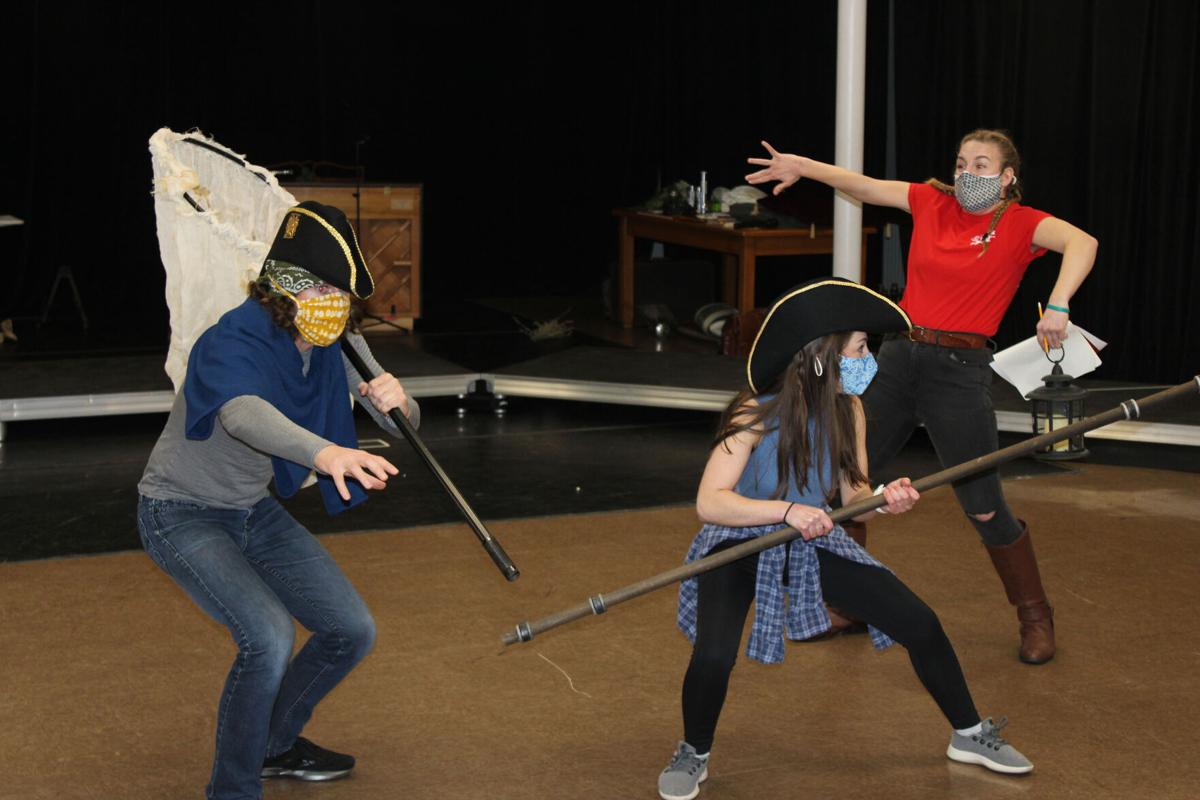 Actors in the Texas Shakespeare Festival Roadshow rehearse on a Wednesday afternoon. 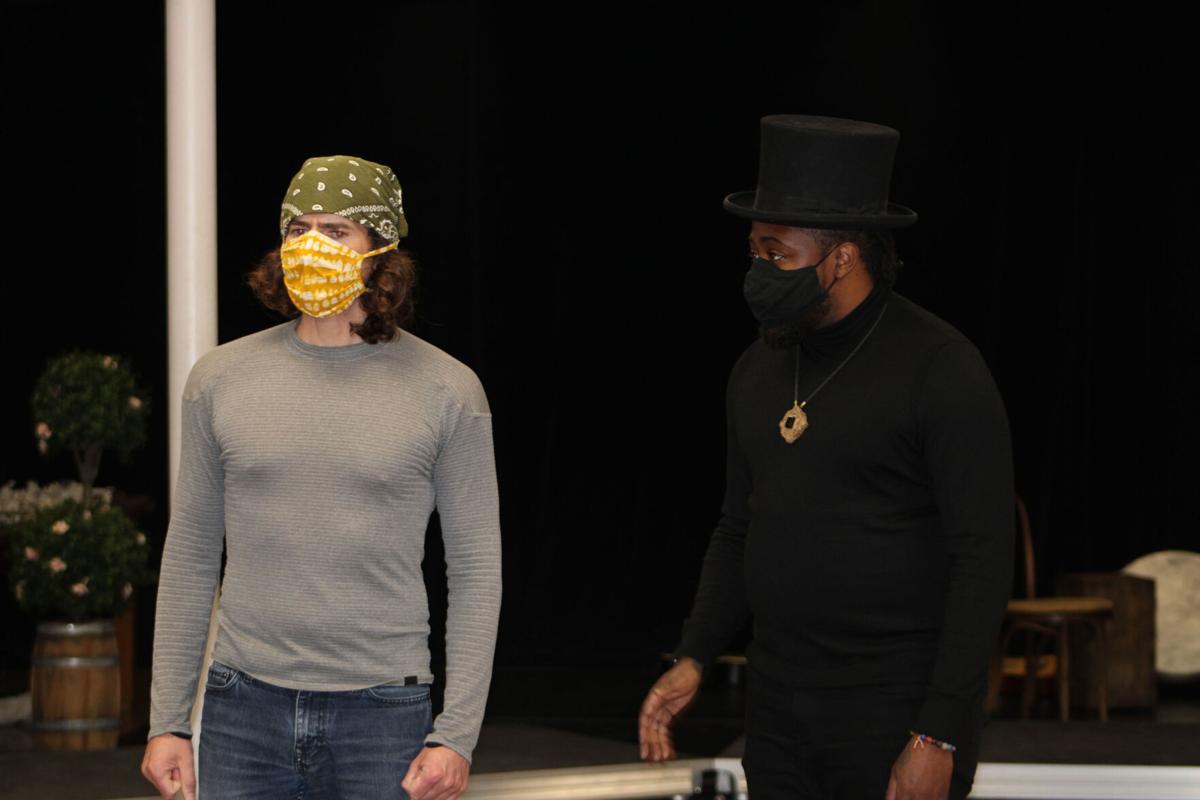 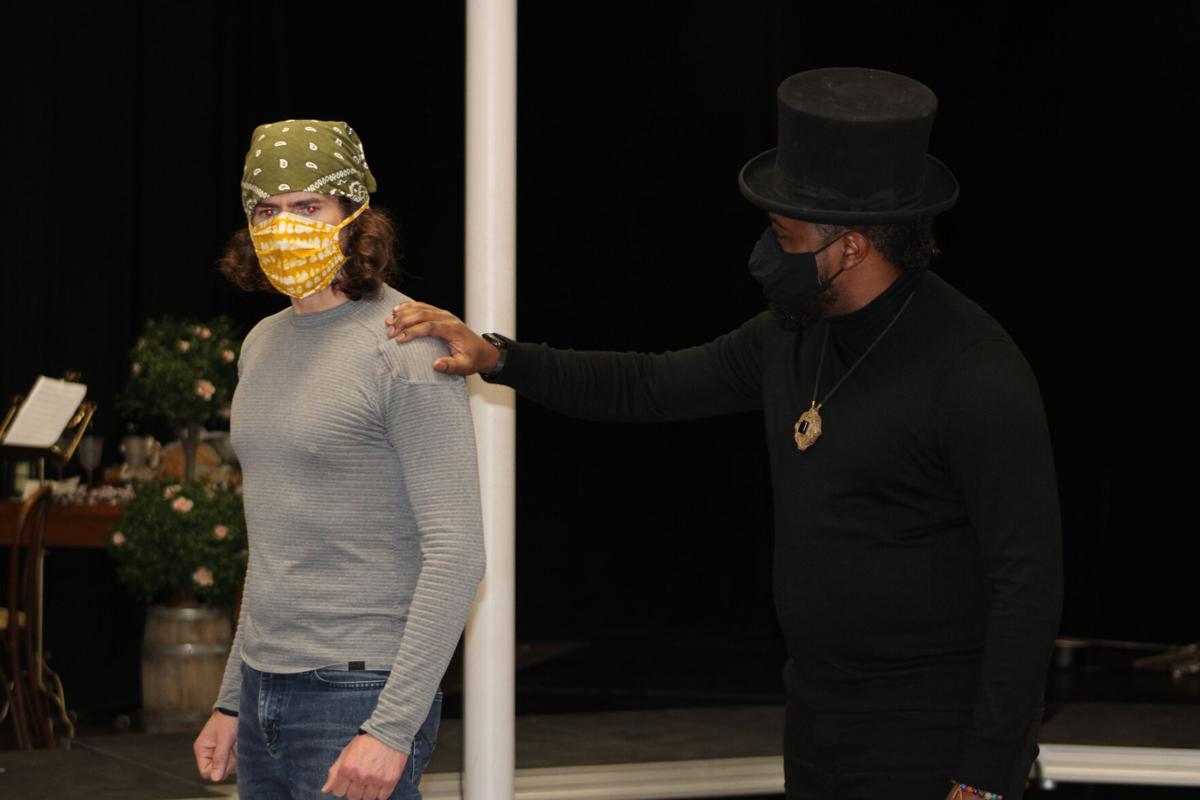 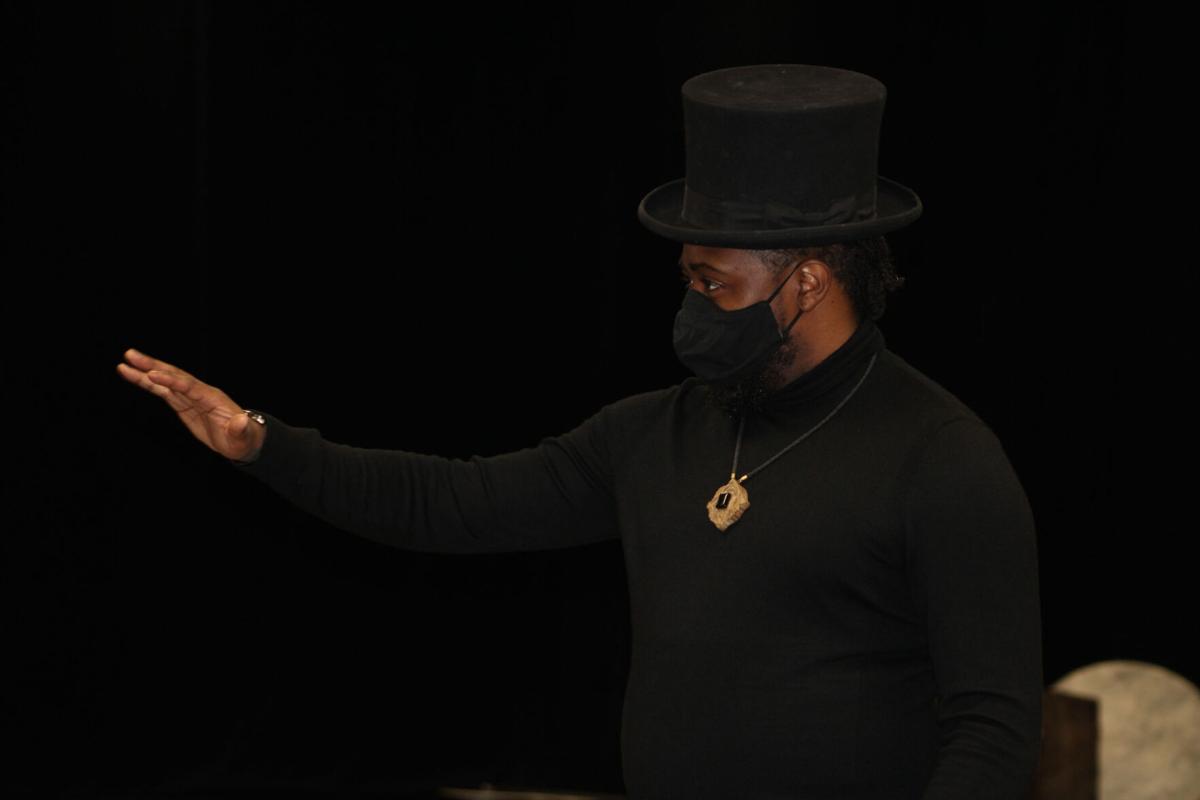 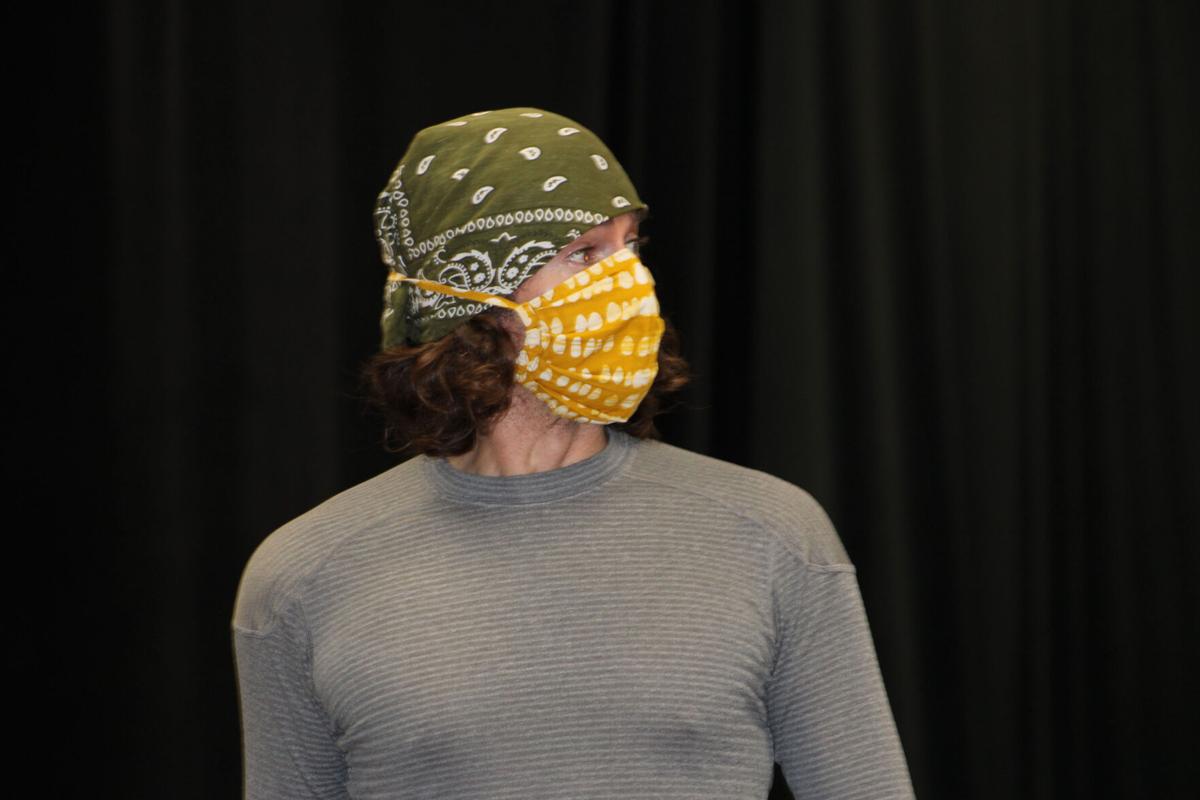 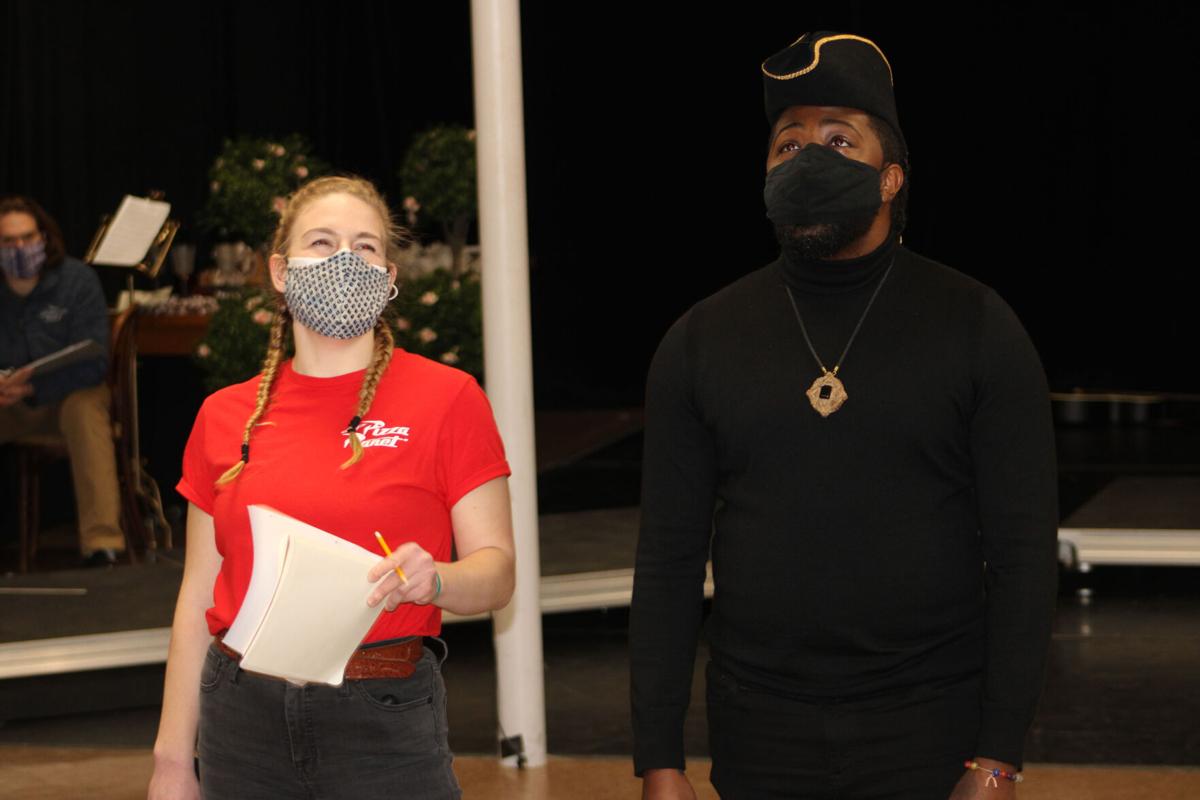 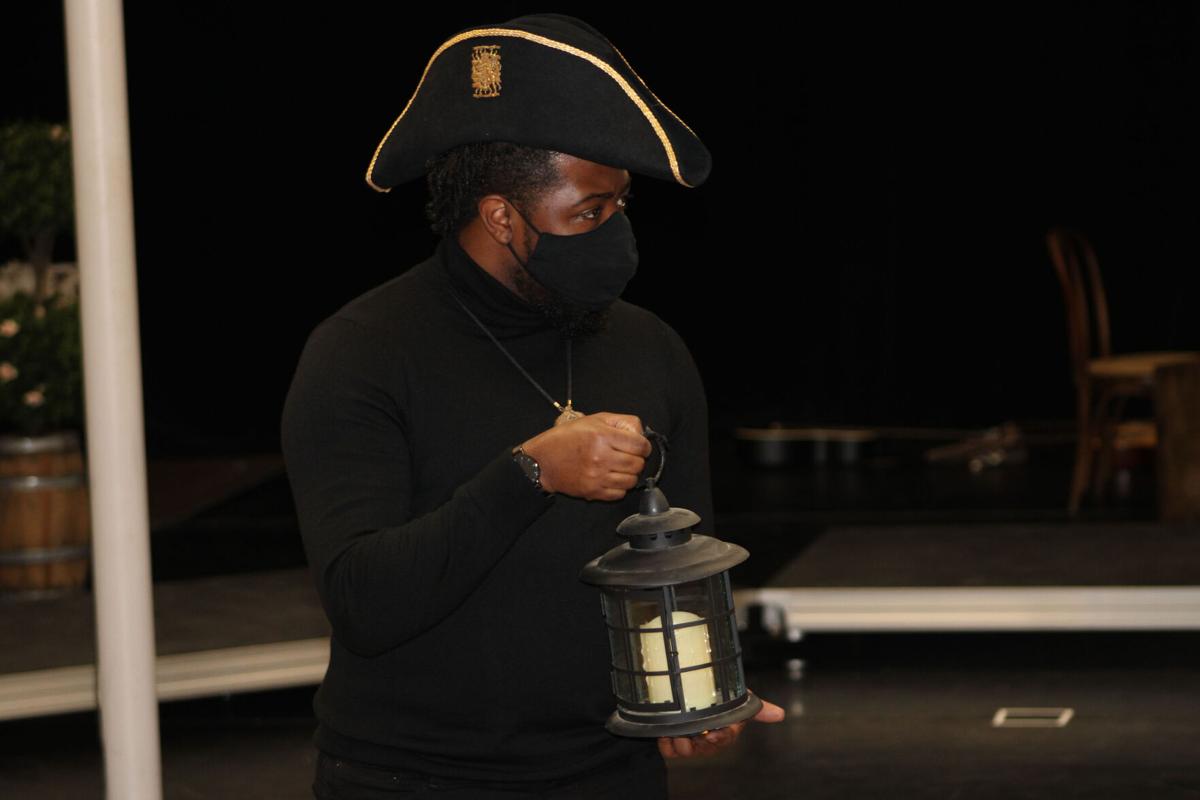 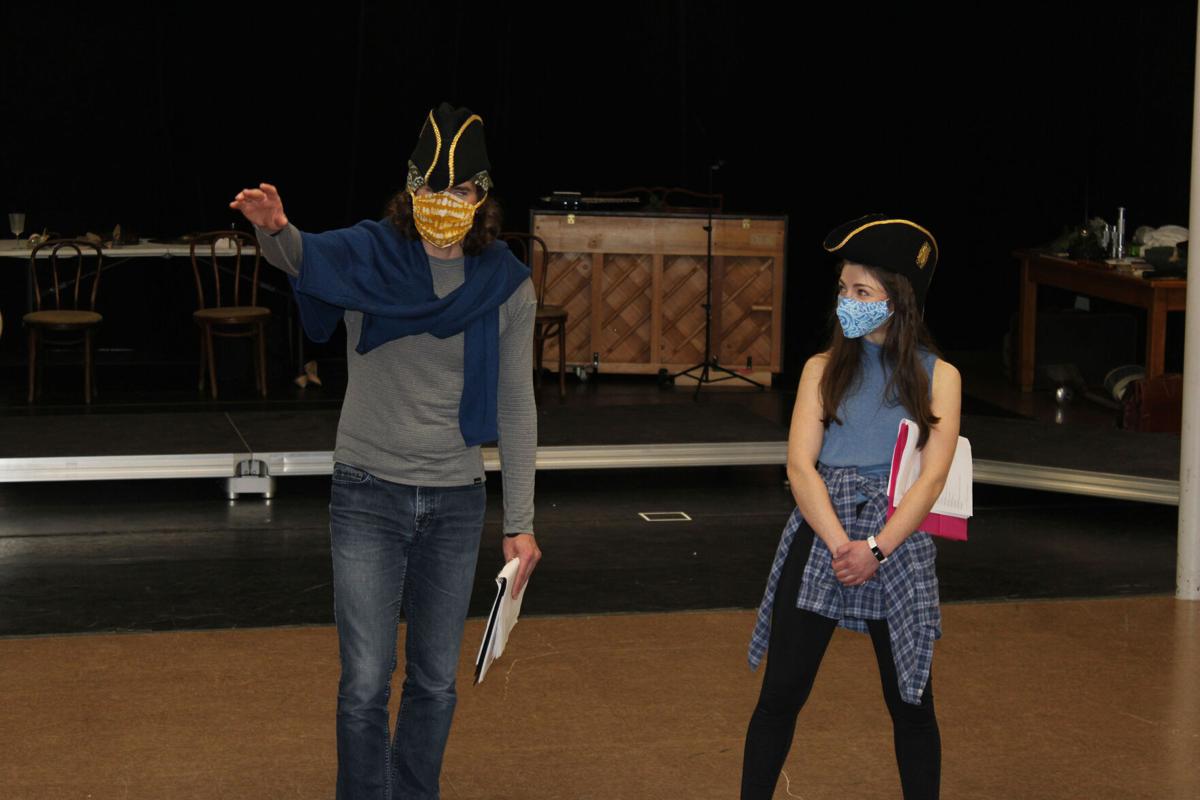 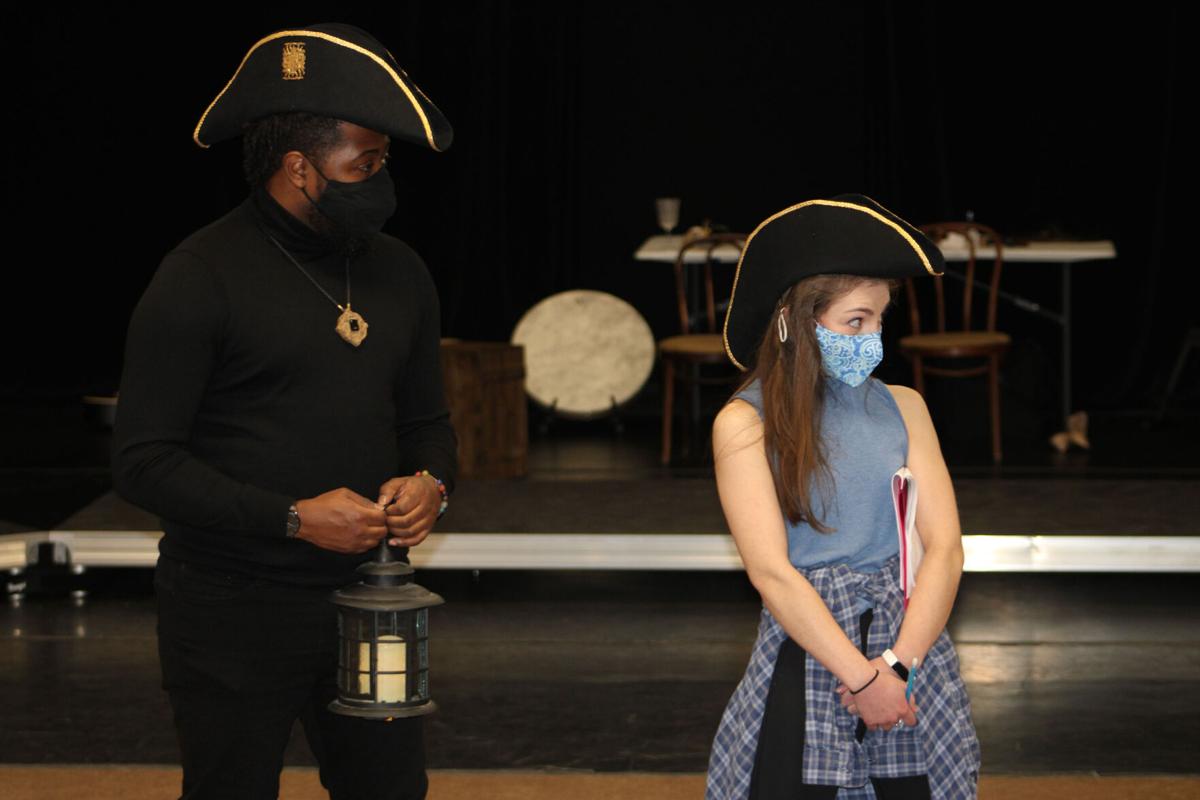 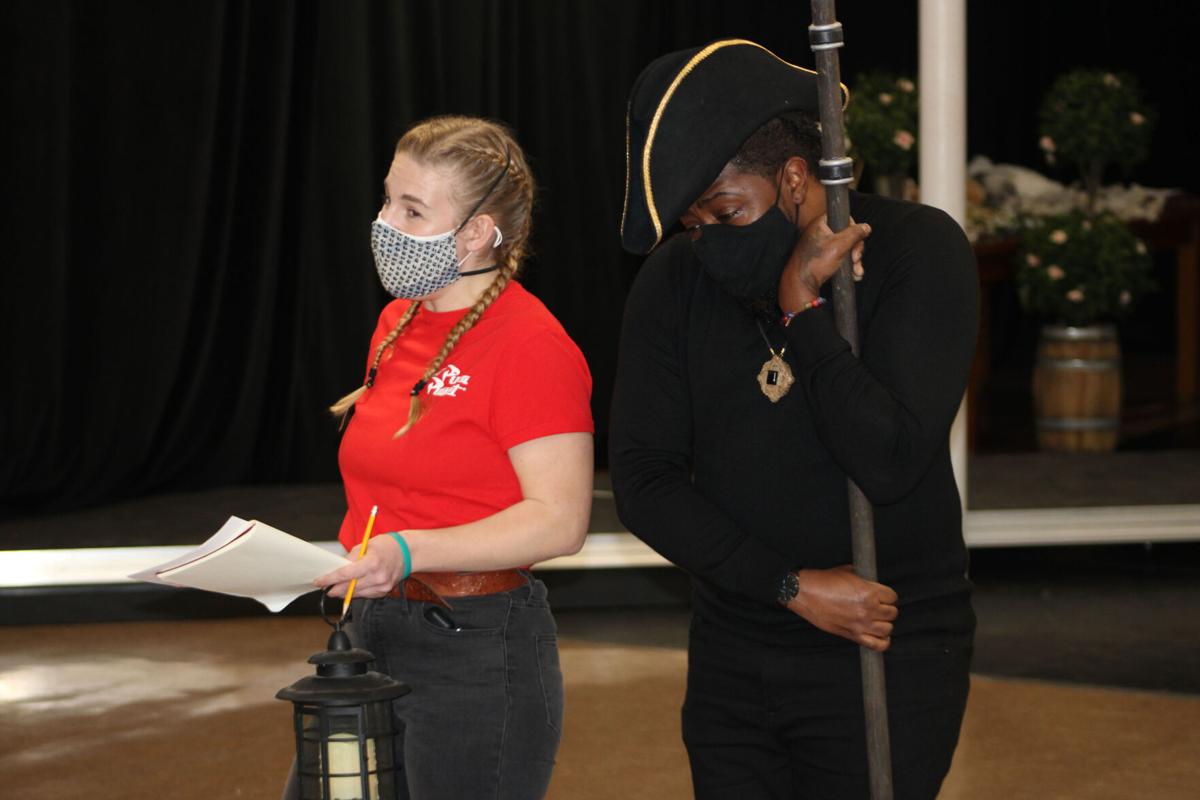 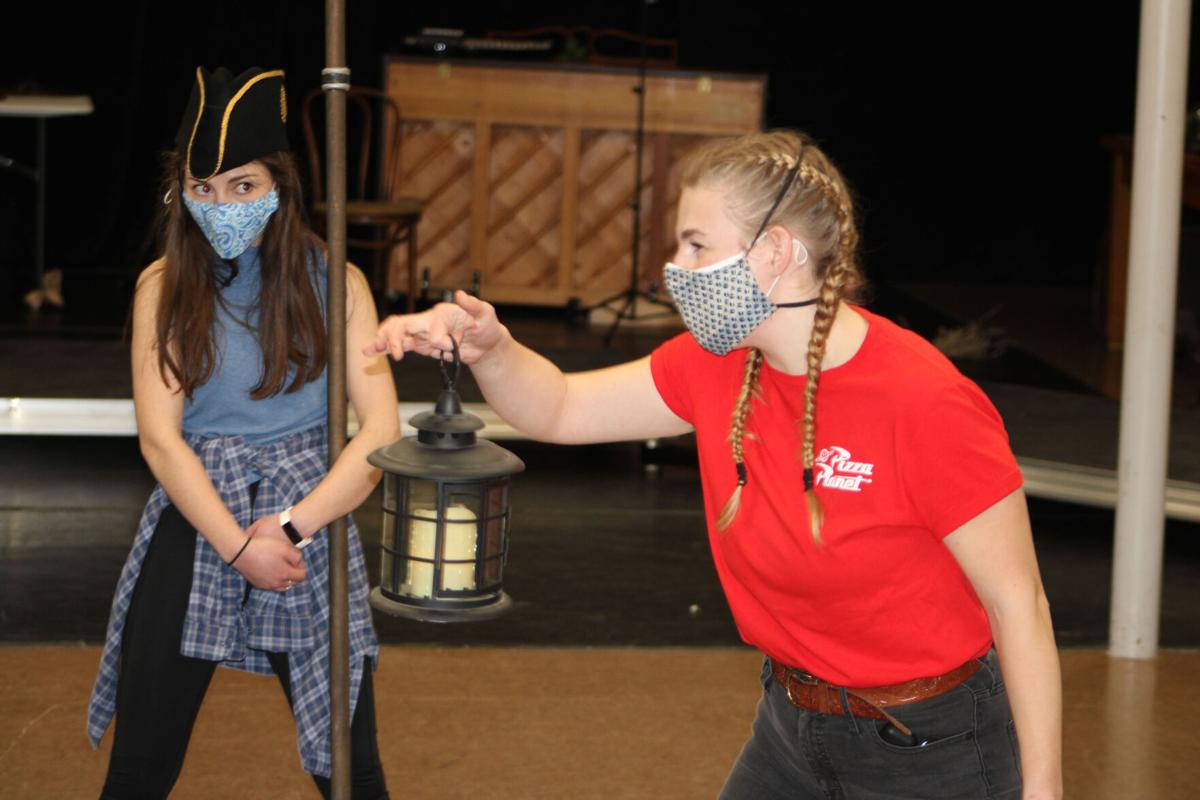 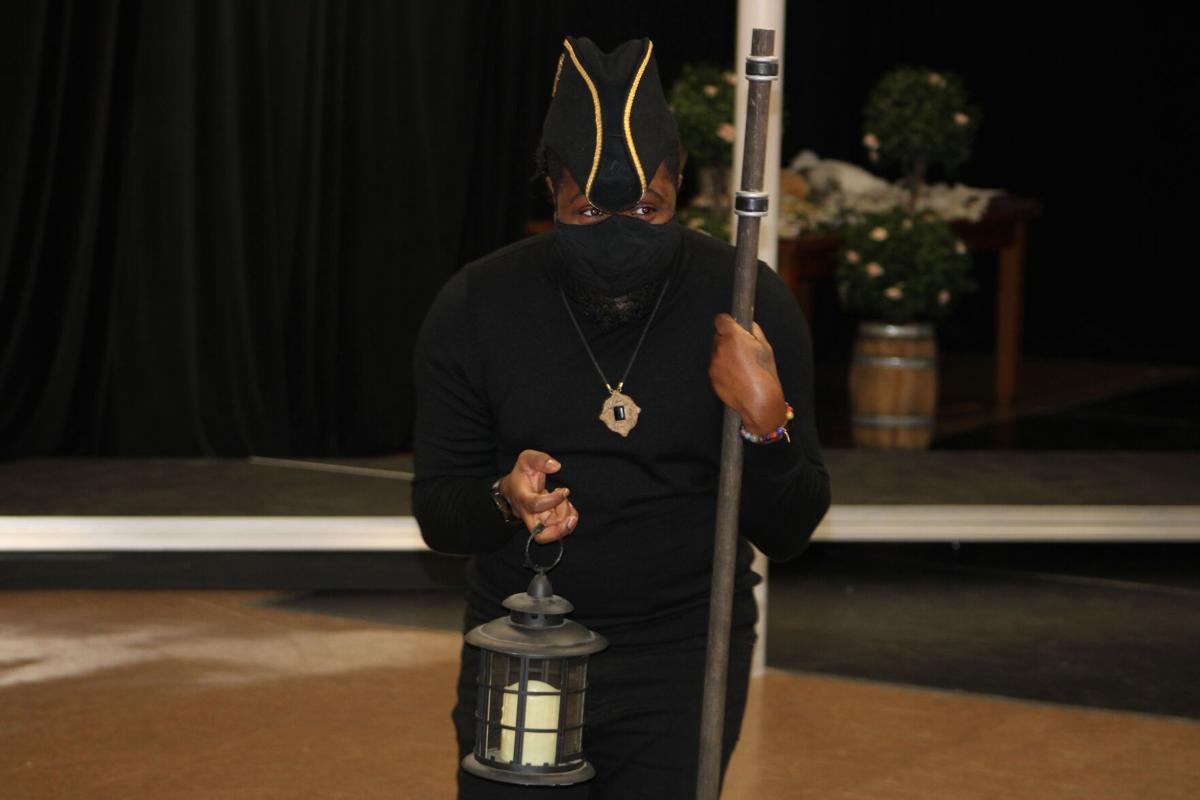 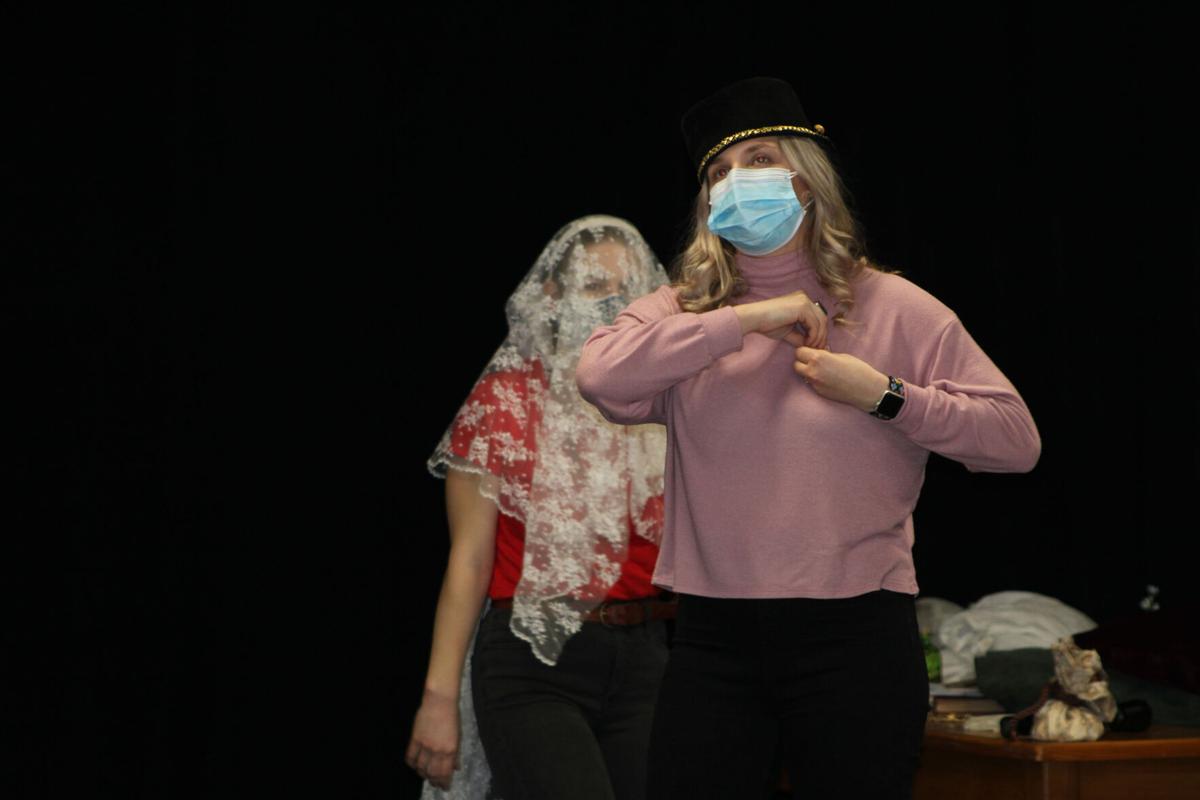 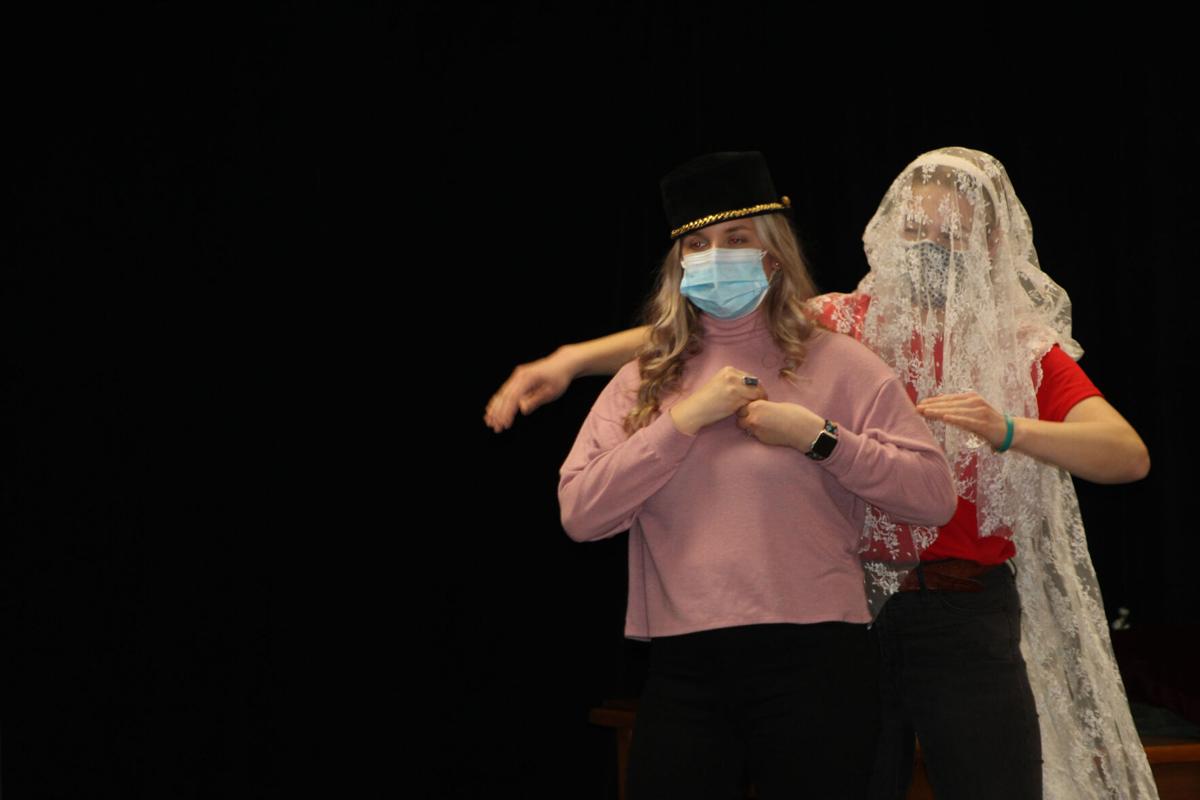 Actors in the Texas Shakespeare Festival Roadshow rehearse for their virtual roadshow.

Actors in the Texas Shakespeare Festival Roadshow rehearse on a Wednesday afternoon.

Actors in the Texas Shakespeare Festival Roadshow rehearse for their virtual roadshow.

This year, the Texas Shakespeare Festival has to do things a little different with its roadshow.

Usually, the roadshow travels and visits schools all over Texas to put on productions of Shakespeare plays, but with COVID-19, directors Meaghan Simpson and Matthew Simpson elected to have Overton Films record the productions. The Texas Shakespeare Festival will distribute it free to schools and free on YouTube for anybody to see.

“Pretty early on, we decided this was probably the better way to do it, to rehearse it and then film it and distribute it, so that’s the plan,” Meaghan Simpson said in an interview about two weeks ago. “We’re rehearsing these plays right now. We’re actually exactly in the middle of the process. They’ve been here for just over ten days, and then we’ll go to Odessa in about ten days and we will film them there.

“The reason why we do Odessa is because we have a great partnership with them, and they have the only replica of Shakespeare’s Globe,” she said. “Usually when they enter into schools, they bring their own little set and set it up, and it’s just curtains and stuff like that, but this is nice because you don’t need a set. The stage, the way it is already set up is a set, it’s just like Shakespeare’s Globe. So it’s a beautiful performing space, that way we’ll film the shows, it’ll look attractive, and then our hope is that the film versions we get we can use for many years to come. It’s not just for this year, but for future years too if a school can’t have us and we can say ‘well would you like this instead?’”

This year’s roadshow is comprised of eight actors who will perform “Hamlet” and “Much Ado About Nothing.”

“You want to pick something that they might be studying in an English class, and English classes will study ‘Hamlet’ or sections of ‘Hamlet,’ and then you also want to be able to find plays that maybe they haven’t studied but are kind of a way in for somebody to understand Shakespeare, and ‘Much Ado’ is a really good example of that because it’s a very relatable play,” Simpson said. “It’s almost like a sitcom. I think if you didn’t know it was Shakespeare you might not realize it.”

In making casting decisions, Simpson said musical ability and diversity are some of the important things they look for.

“Diversity is important because we’re going into schools, and so any time you are presenting something to young people, it’s very important that you show them possibilities and that you don’t say ‘Shakespeare is archaic; Shakespeare is all men; Shakespeare is all white men.’ That we have people that are people of color; we have women playing men’s roles,” she said. “We have diversity in every way you can imagine so that it shakes up their expectation and makes them realize that theater is not a stale or a dead artform.”

“I think that Shakespeare allows us such an opportunity to really make anything of it,” Zabit said. “It transcends time; it transcends space; it connects us all, but allows us a lot of flexibility to make statements and reflect our current times, so I think that it’s a really remarkable way to connect us all, to share new perspectives in a very human way.”

Being able to produce theater again is a surreal experience

“On the first day when we had the artists in, we had kind of a 90 minute just sort of discussion about how honestly lucky and in some ways guilty we feel to be able to produce theater again,” Simpson said. “Even though it’s with masks, even though we don’t really get to go into the schools, there’s a lot of compromises that we’re having to make, but we feel so fortunate that we are able to do this right now, because for many people, for many of them and for us, it’s been close to a year, or in some cases over a year since we’ve done anything for an audience.”

“I feel like for myself there’s parts of the process that are very familiar because I’ve done this in the past, and then parts of it are so surreal because of the last year and a few months, like there’s this feeling of a lot of our colleagues aren’t given the opportunity to be in this situation, so I feel very fortunate, very lucky,” he said.

The actors and directors are following safety protocols laid out by the Screen Actors Guild and Actors’ Equity Association.

“We wear masks whenever possible,” Simpsons said. “For these first two weeks, we wear masks all the time. When people are eating, they have their own eating area so we don’t like, commune and eat together. And we get weekly COVID tests just to make sure that everybody is safe and has not gotten COVID, and then we’re also in kind of what we call a bubble, especially the eight of them; they are in a very tight bubble where they do not have contact with people, they certainly don’t take their masks off in front of people, they don’t get less than six feet from people.

“But then when we get to Odessa, we will remove the masks for the filming,” she said. “We will get a rapid test right before film, and then they will remove their masks when they film, but then as soon as they go off stage they’ll put their masks back on again. So the goal is obviously to keep them safe but to be able to create something that’s high quality.”

The Texas Shakespeare Festival is able to provide the shows for free while still paying the actors with the help of multiple grants.

They are supported by the National Endowment for the Arts/Arts Midwest: the Shakespeare in American Communities Program, the T.L.L. Temple Foundation, the Texas Commission on the Arts & Humanities Texas and the John Harris Community Fund at East Texas Communities Foundation.