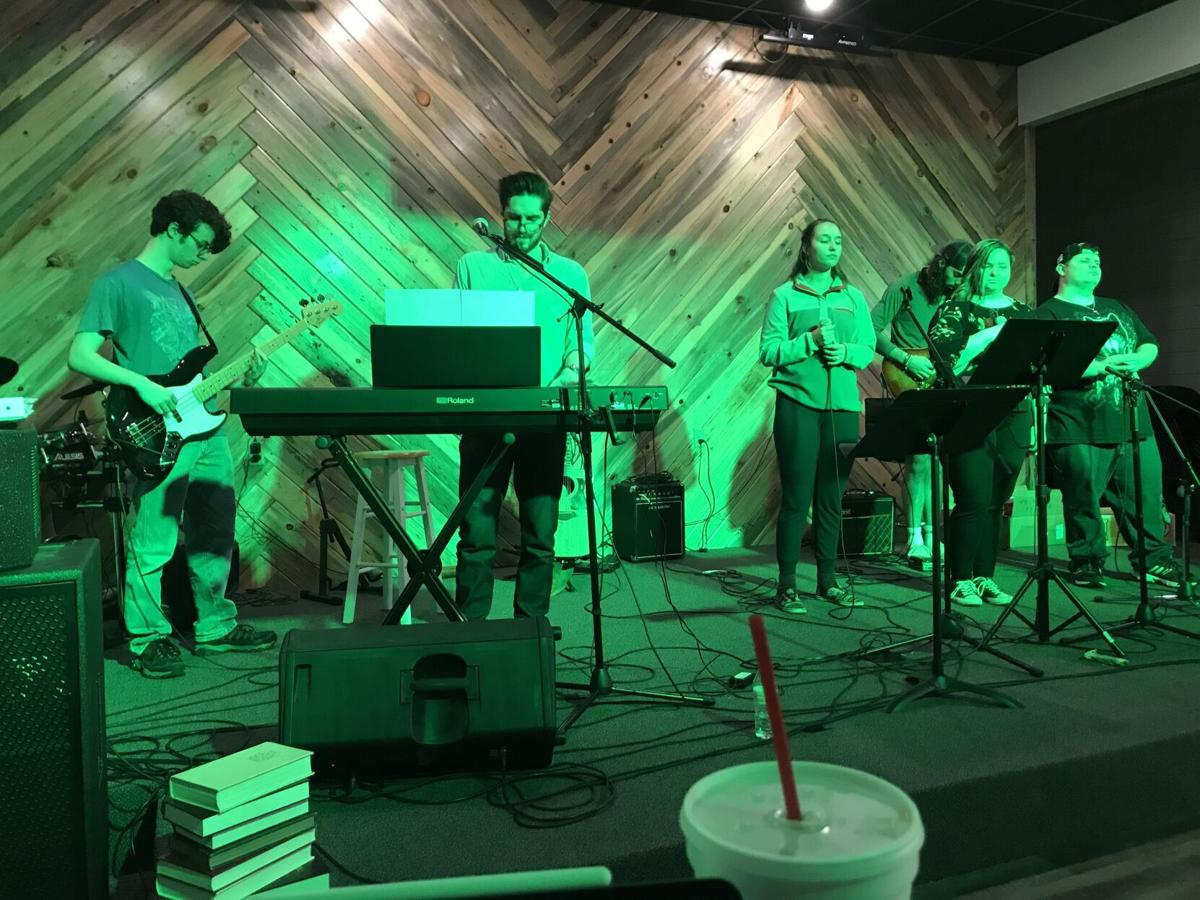 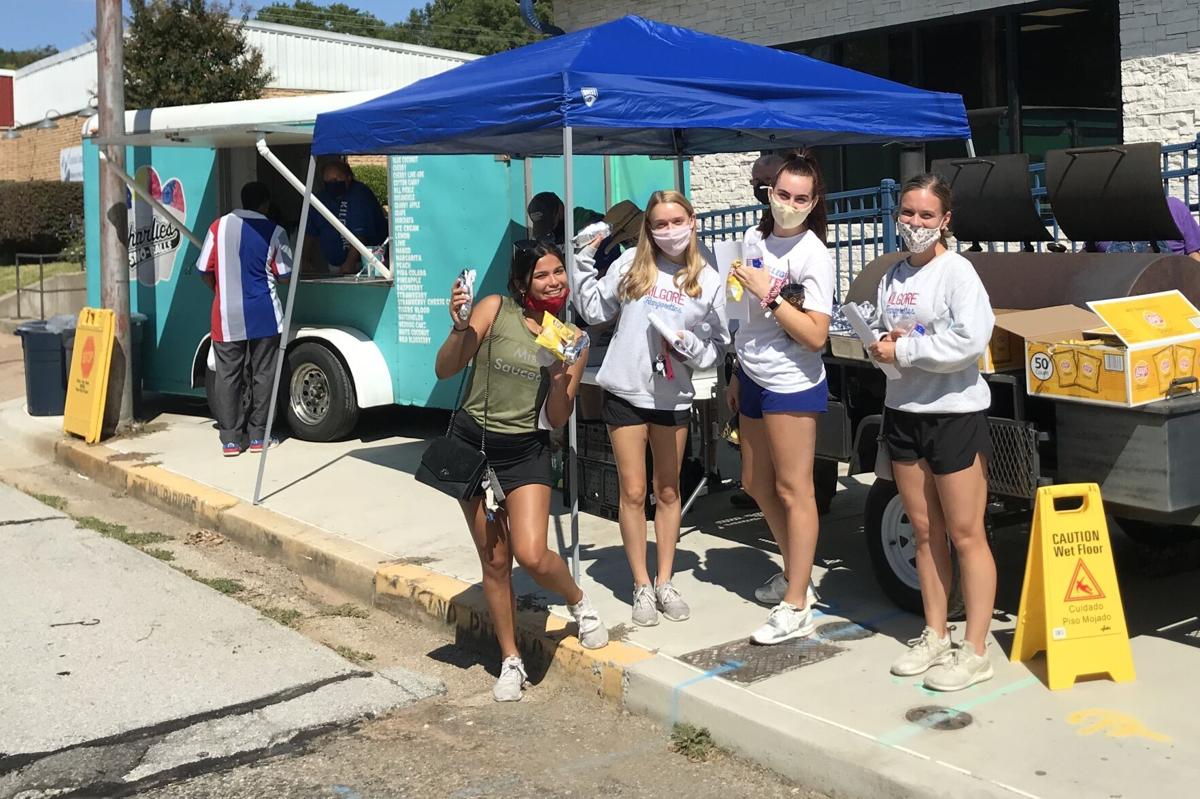 Members of the Baptist Student Ministry of Kilgore College pose. 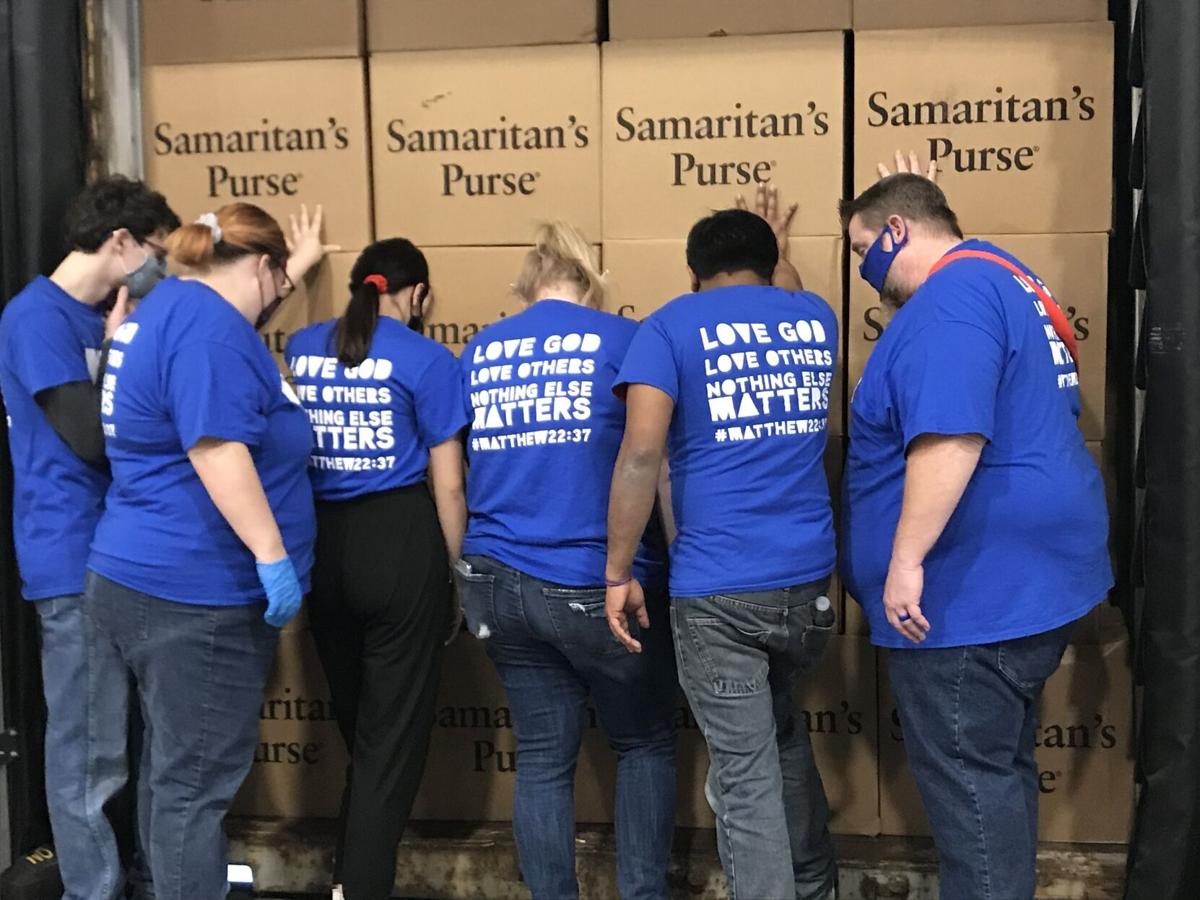 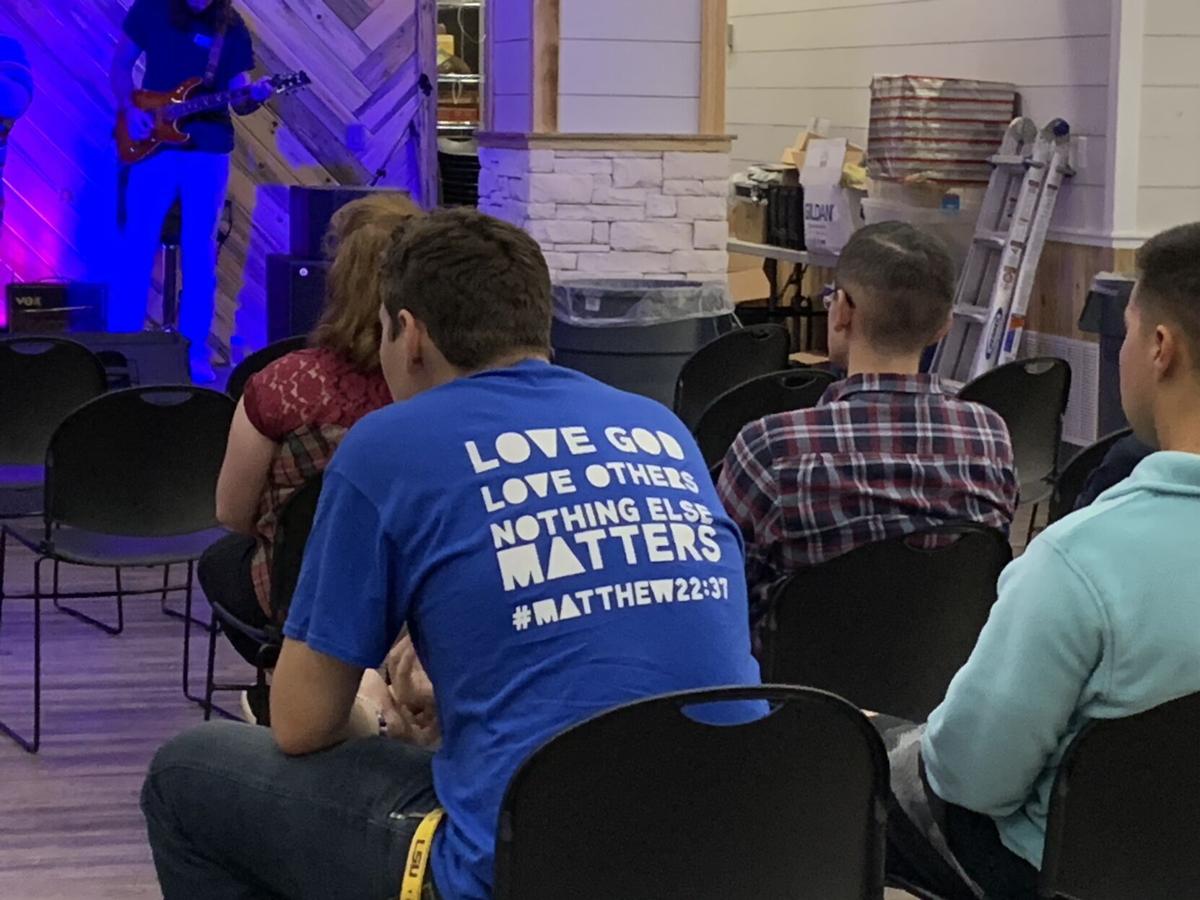 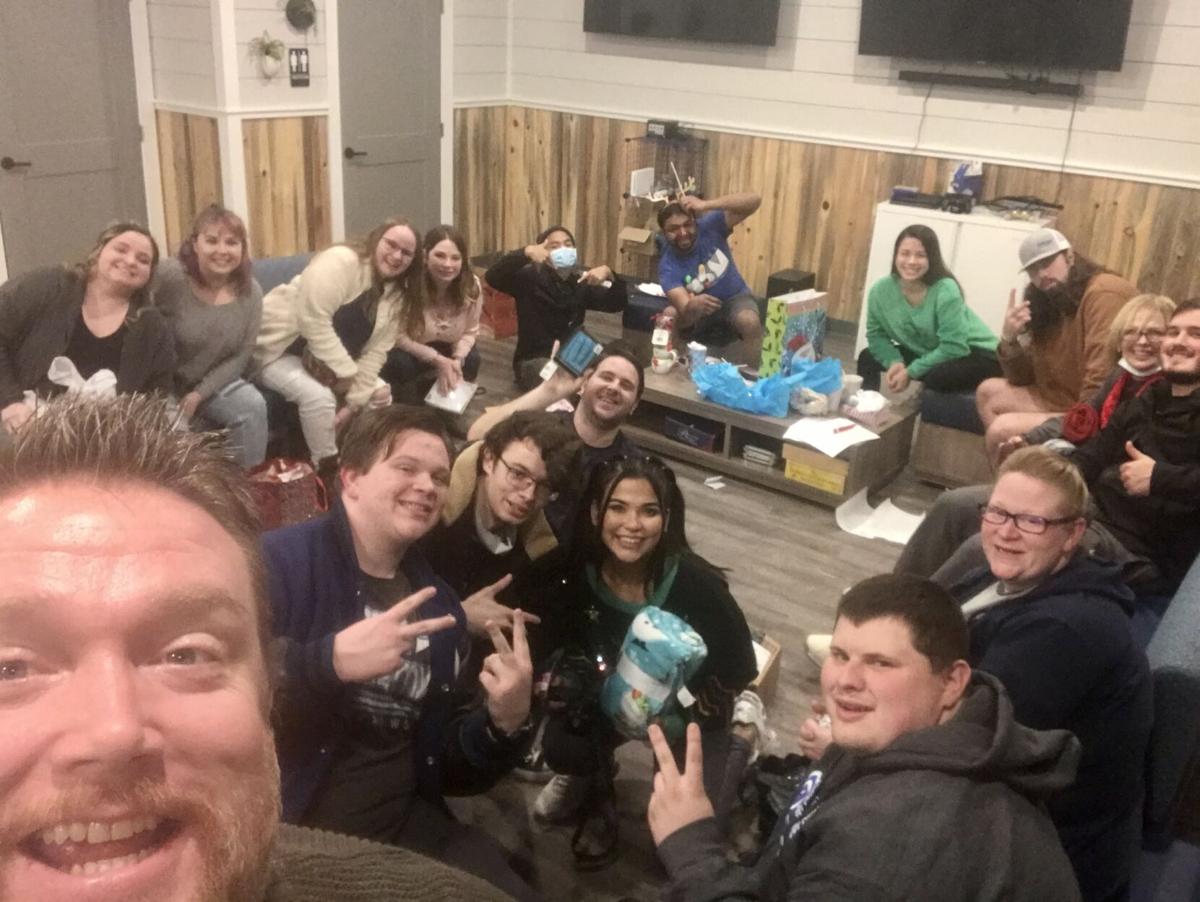 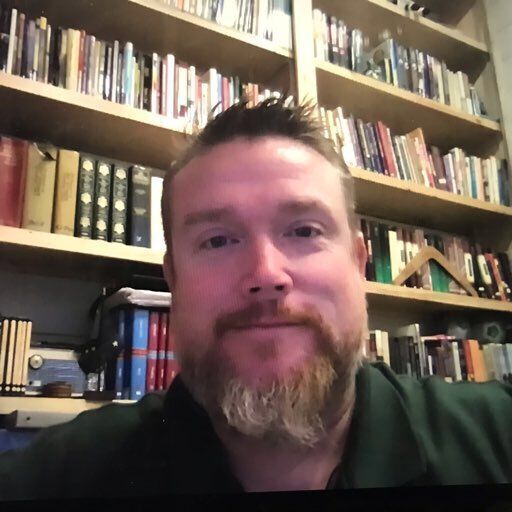 The Baptist Student Ministry of Kilgore College is now housed in this newly constructed 10,000 square-feet chapel. 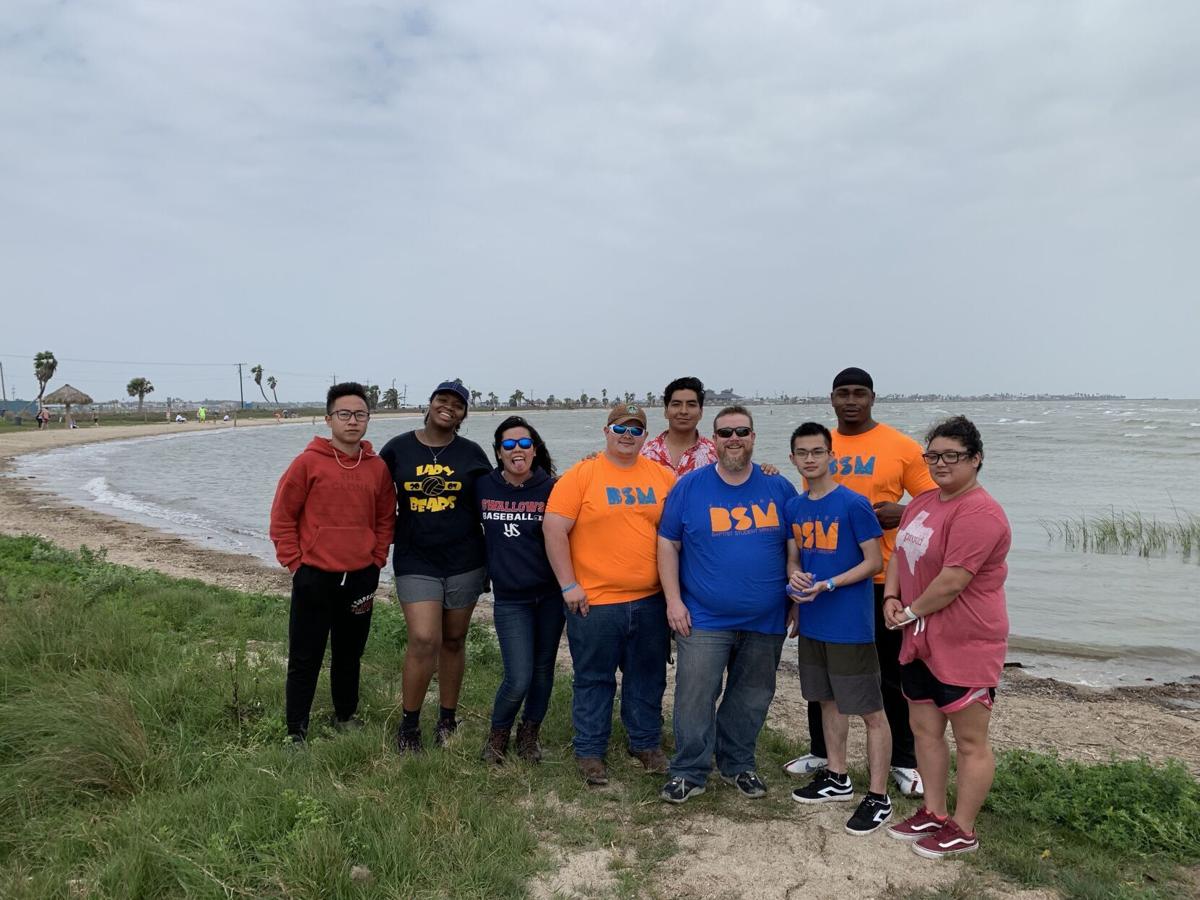 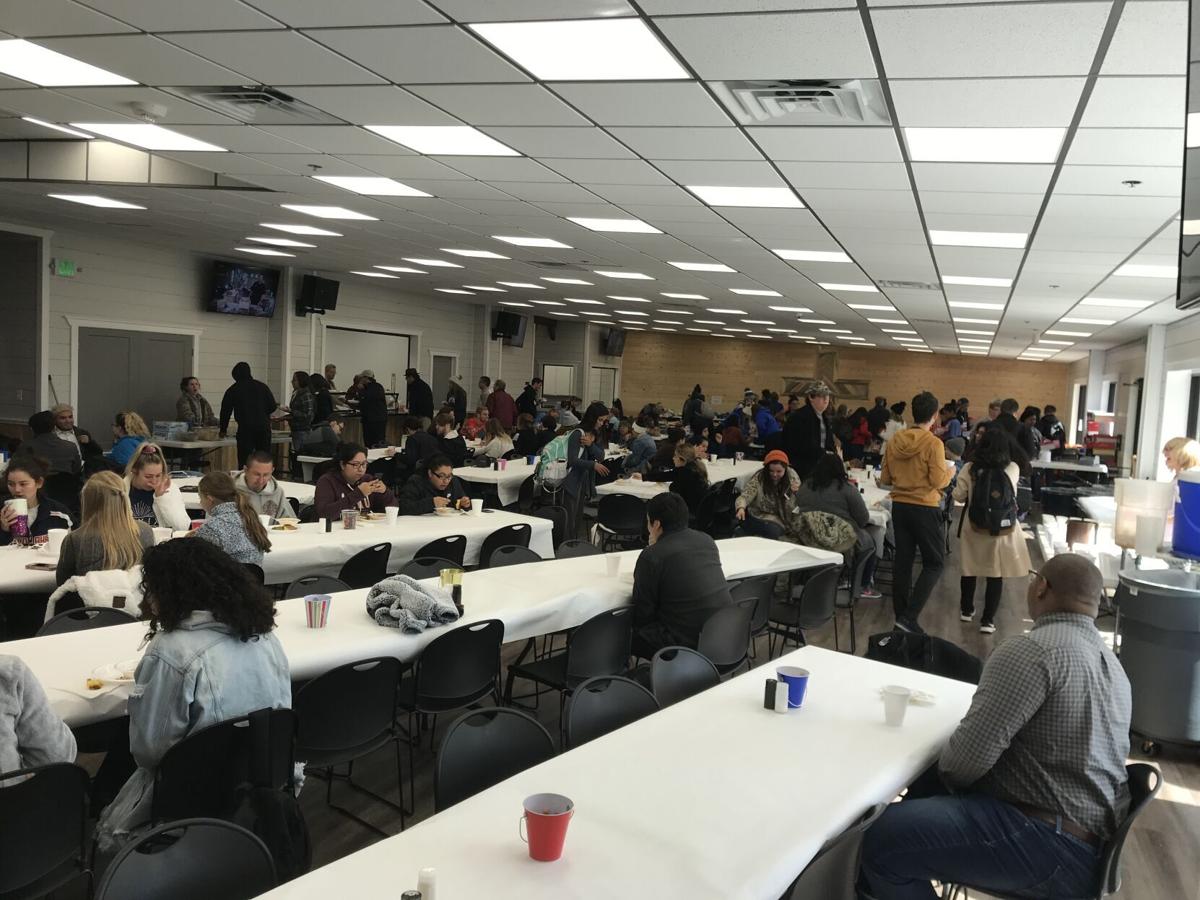 The Baptist Student Ministries offers a free lunch each Tuesday at 11 a.m. Bible studies are also open for students to attend.

Members of the Baptist Student Ministry of Kilgore College pose.

The Baptist Student Ministry of Kilgore College is now housed in this newly constructed 10,000 square-feet chapel.

The Baptist Student Ministries offers a free lunch each Tuesday at 11 a.m. Bible studies are also open for students to attend.

The Baptist Student Ministry of Kilgore College has been a beacon of light, not only to the college campus, but nationally and abroad since 1957.

“Our mission is to reach the students and minister to the needs of Kilgore College campus. We do that with a motto of love God, love others and nothing else matters,” said Director Jaymi Blankenship.

When it comes to international missions, “we try to build in the idea that we start with ourselves and how we can love God, love others, and then begin to make it broader and broader and broader; hopefully, in the time-frame I have them,” he said.

The Baptist Student Ministry operates under the umbrella of the East Texas Baptist Network and the Baptist General Convention of Texas.

Outreach activities on campus include a “Party in the Plaza” event, which ushers in the new school year, welcoming all new and returning students.

The event also consists of family-friendly entertainment. The largest outreach activity the ministry offers is a free weekly lunch, hosted every Tuesday.

“From 11 a.m. to 1 p.m., we offer a free lunch, which is hosted and helped provided by our local churches here,” said Blankenship. “Each Tuesday, we generally feed anywhere on average from 300 to 350 (people).”

“Students, faculty and staff are always invited each week, and it’s a beautiful crowd,” he said.

“It’s actually a small group of students, about eight of them that come for that, which is awesome at 7 in the morning,” said Blankenship.

“It is where we have worship right here on campus, and I teach through the Bible and we have a student praise team,” said Blankenship. “We have just a great time of fellowship and some food and games. And then Fridays, at noon, I also offer a midday Bible study where students join for a small meal and a Bible study. On top of that, there’s a lot of other little one-on-one or small group Bible studies throughout the week.”

Dozens of students also participate in the Baptist Student Ministry’s discipleship ministry. Blankenship also offers Bible studies to the college’s sporting teams through his role as a chaplain.

The BSM also assists other outreach ministries with their missions.

“We do a lot of outreach through local missions, helping with the Fuller Center for Housing and Helping Hands Ministry,” said Blankenship. “We also do a lot of state mission as well, where we’ve gone and helped families who were struggling from Hurricane Harvey down in the south and Rockport, Texas.”

The BSM also takes their ministry to Dallas and the Metroplex, where they partner with Mission Arlington, helping provide food, clothing, utility, furniture and medical assistance to residents in need.

Internationally, the BSM has sent several of its Kilgore students for missions overseas. One student traveled to Bangkok, Thailand to help with human trafficking ministry. Another has participated in a water purification ministry in Honduras. Two other students had the honor of accompanying the humanitarian aid organization Samaritan’s Purse to deliver shoeboxes to children overseas as part of the Operation Christmas Child shoebox ministry.

“I had one get to deliver one in the Philippines and I had one who had gotten to deliver in Ecuador,” Blankenship said.

In addition to sharing its ministry overseas, the BSM also has the pleasure of ministering to the international student population right at Kilgore College.

Through their partnership with the college’s international club, the BSM has helped the international student population get bank accounts, furniture, apartments and has assisted them with errands.

“We’ve even stored their stuff while they flew back home,” Blankenship said, sharing how much he loves that particular ministry. “Through that, we’ve seen a number of them really get involved with Operation Christmas Child with us, because we pack our own shoeboxes here and we host craft parties once a month to make some of those items.”

As college students, Blankenship said the BSM makes a lot of the gift items for the Operation Christmas Child shoeboxes they package. Homemade items have included jump ropes, spinners, an assortment of toys and teddy boys.

“It gets international students really involved because they love that we’re helping the world,” said Blankenship. “On average, we have sent about 375 to 400 shoeboxes almost every year for the last seven years.”

As director for seven years, the thing most rewarding to Blankenship is witnessing members make an impact by sharing God’s love.

“The most rewarding thing is to see the students that I share love and the gift of Jesus with, in turn, receive it and share it with others,” said Blankenship. “There’s nothing more rewarding than that.

“So when we hold a prayer meeting out in the middle of the plaza during finals week and offer students to come, have a place to pray during finals and see our students just surround students who are stressed out and broken and hurt and just love on them and pray over them, pray with them … it is amazing,” he said. “Those are some of the most rewarding times.”

The Baptist Student Ministry at Kilgore is not only excited about the impact the group is making, but they are also thrilled about their new home — a 10,000 square-foot chapel that was completed right in the middle of the COVID-19 pandemic.

“During (my) seven years here, we saw that the ministry began to grow in such a way, and the building that we were in since 1963 had gone downhill,” Blankenship said of the former 4,500 square-feet facility. “We knew to evaluate whether to fix that old building or tear down and build a new building; and so the churches agreed to build a new building.

“We are currently in this brand new building that is wonderful, beautiful and the prettiest building on campus,” he said. “And we’ve seen God not only build this building but also pay for it as well, which has been amazing.”