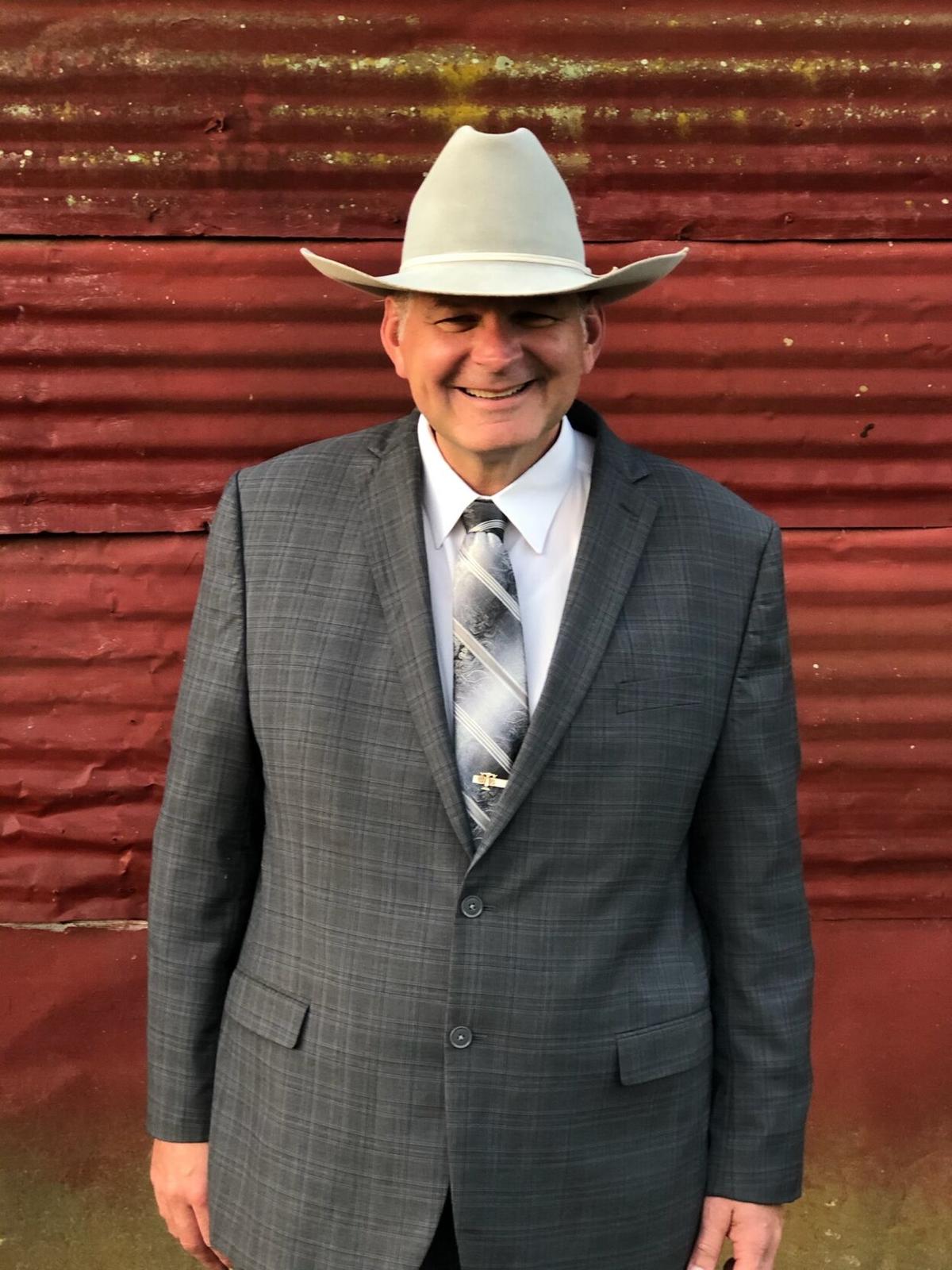 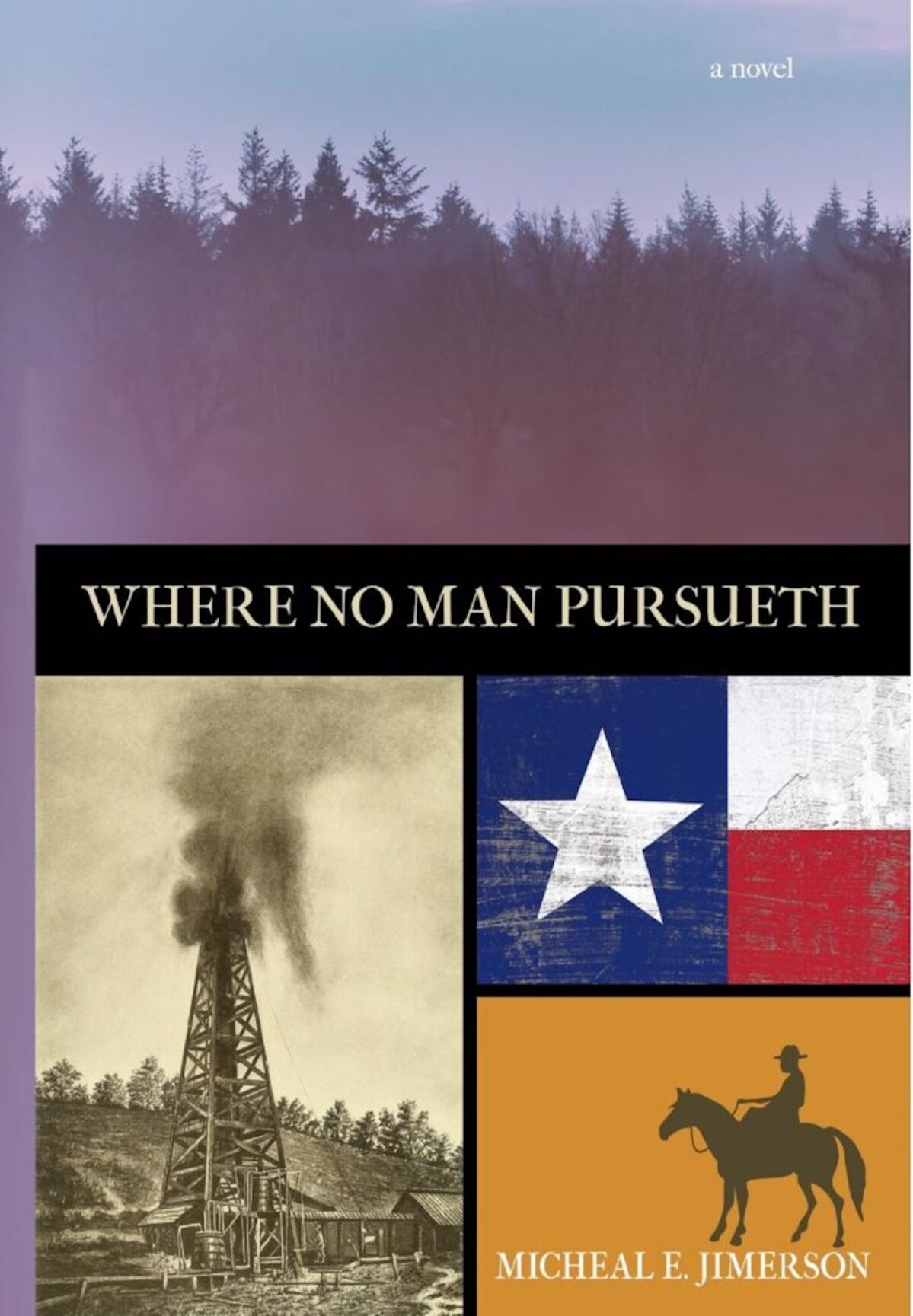 “Where No Man Pursueth" is available on Amazon and Michael Jimerson's website.

“Where No Man Pursueth" is available on Amazon and Michael Jimerson's website.

“The whole thing starts with a murder.”

Rusk County native, author, and County and District Attorney Micheal Jimerson says his new novel, “Where No Man Pursueth,” weaves together storylines of love, danger and legal battles, all set against the historic backdrop of the Great East Texas Oil Boom.

“You have a whole bunch of moving parts,” Jimerson said, noting he drew inspiration not only from his own legal career but also from historical events right here in East Texas.

A short description of the novel, penned by the author, tells us “Where No Man Pursueth” follows the deeds of a young man, Ray Elliott, as he is swept up in the events surrounding the murder of a prominent citizen.

The story also encompasses the involvement of a scofflaw, fugitive bank president and his disgraced wife, who have their own part to play in the story's resolution years later.

“The failed paths of these characters’ broken lives bring them together decades later to contest ownership of two hundred acres in the heart of the Great East Texas Oilfield,” reads the excerpt.

“Cross-examination in a climatic courtroom confrontation unveils the true murderer, but the genuine challenge is whether any of the characters can put the pieces of their lives together to achieve redemption.”

“It's a long story,” said the author, citing the primary inspiration for the book came from a case in his own legal experience.

“When I was in private practice many years ago, I had a case where I was the attorney ad litem.”

Attorneys Ad Litem are court-appointed representatives who, in heirship cases, can represent living heirs whose names or whereabouts are unknown or who are incapacitated. This is done to protect the interests of living heirs.

“If you go and you have the heirs established to a relative that want some property or something, they'll appoint an attorney for any unknown possible heirs to kind of cut them off if they come up later,” said Jimerson.

His job as attorney ad litem was to look into a case involving a landman who had sought mineral rights on a piece of property, only to uncover a sordid tale of a Nacogdoches bank president with ties to the land. The bank president committed embezzlement and fled the country, starting a new family along the way.

“The landman sought to establish heirship of this family line because he was asserting their claim to this property against the people who had remained here. They also had the wife's community property interest and had what they thought was, at that time, a deceased or absconded husband. I always thought that would be a good story for a novel. It just occurred to me, 'what if you set that right in the East Texas Oil Field when it first came up?'”

He was intrigued by the idea of a central character with modern sensibilities about race who gets wrapped up in a complex legal case in the era of Jim Crow and segregation laws. The main character is forced to contend with “doing the wrong thing for the right reason and how far that goes, how far the ends justify the means. Years later, that sets everything up so you could put all of them together fighting over this contested property.”

Jimerson said he enjoyed writing the novel and aims to write more.

“It's a hobby of mine," he said. "It's not my day job. I'm still proud to practice law and enjoy the practice of law. I like what I do. We're doing the Lord's work up here, and I'm glad to get to do it. There are some times when it gets kind of heavy and, for me, writing fiction is a nice hobby. I don't play golf, but this is a nice equivalent.”

In a time when true crime media is rising in popularity, Jimerson said he prefers to write fiction involving crime, justice and the legal system which also imparts values to the readers.

He hopes to impart “the values that we share as part of our heritage growing up in East Texas and as part of our Christian tradition,” to his readers.

“Those values are going to win out," he said. "That's one of the things I say in the preface, that it's dedicated to the citizens of East Texas, in some of the first lines.”

He pointed out the title of his new novel is a direct reference to Proverbs 28:1: “The wicked flee when no man pursueth: but the righteous are bold as a lion.”

Asked to describe the book to a potential reader, Jimerson pointed to a line written by a reviewer of the novel as a good summation: “You find out a lie may be harder to live with than a murder.”

“Where No Man Pursueth” is available for purchase from the author's website, www.michealjimerson.com and also available in print and eBook form on Amazon.com.