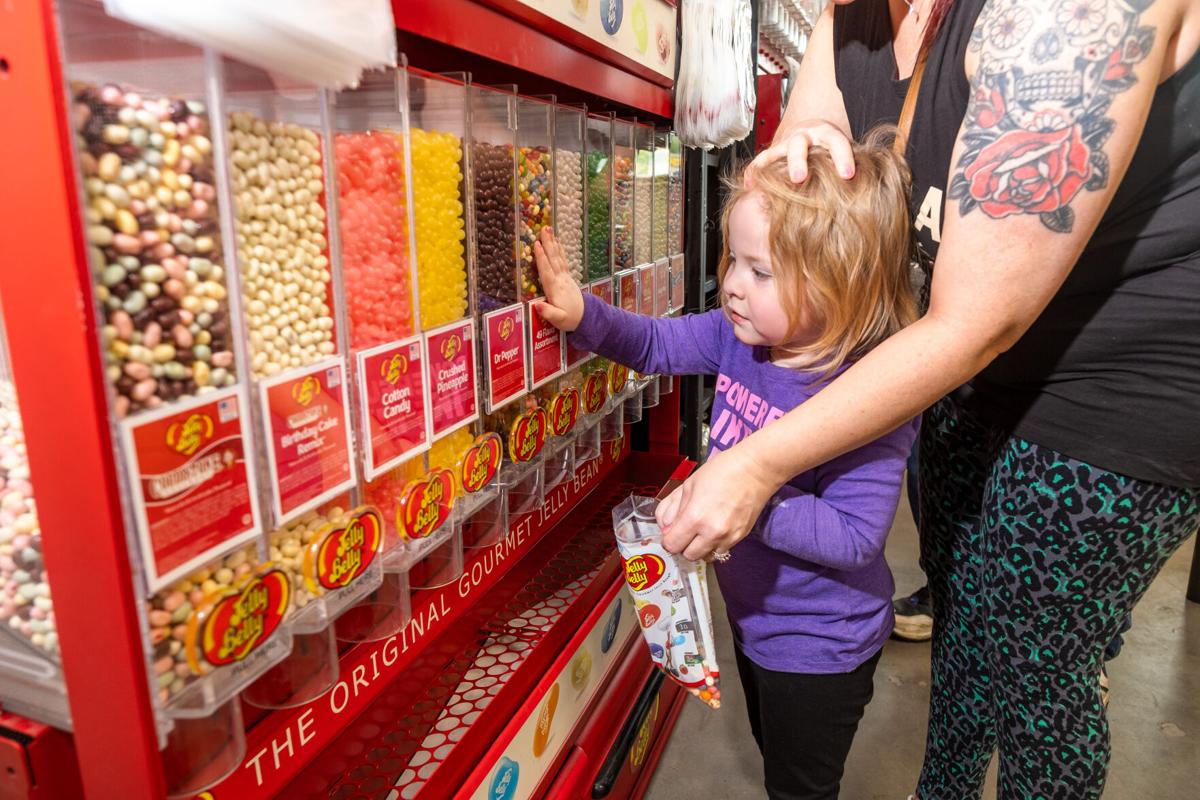 Katherine Martinez, 3, ppicks out jelly bean flavors while shopping for candy with her parents Tuesday, April 20, 2021, at Watkins Candy Co. 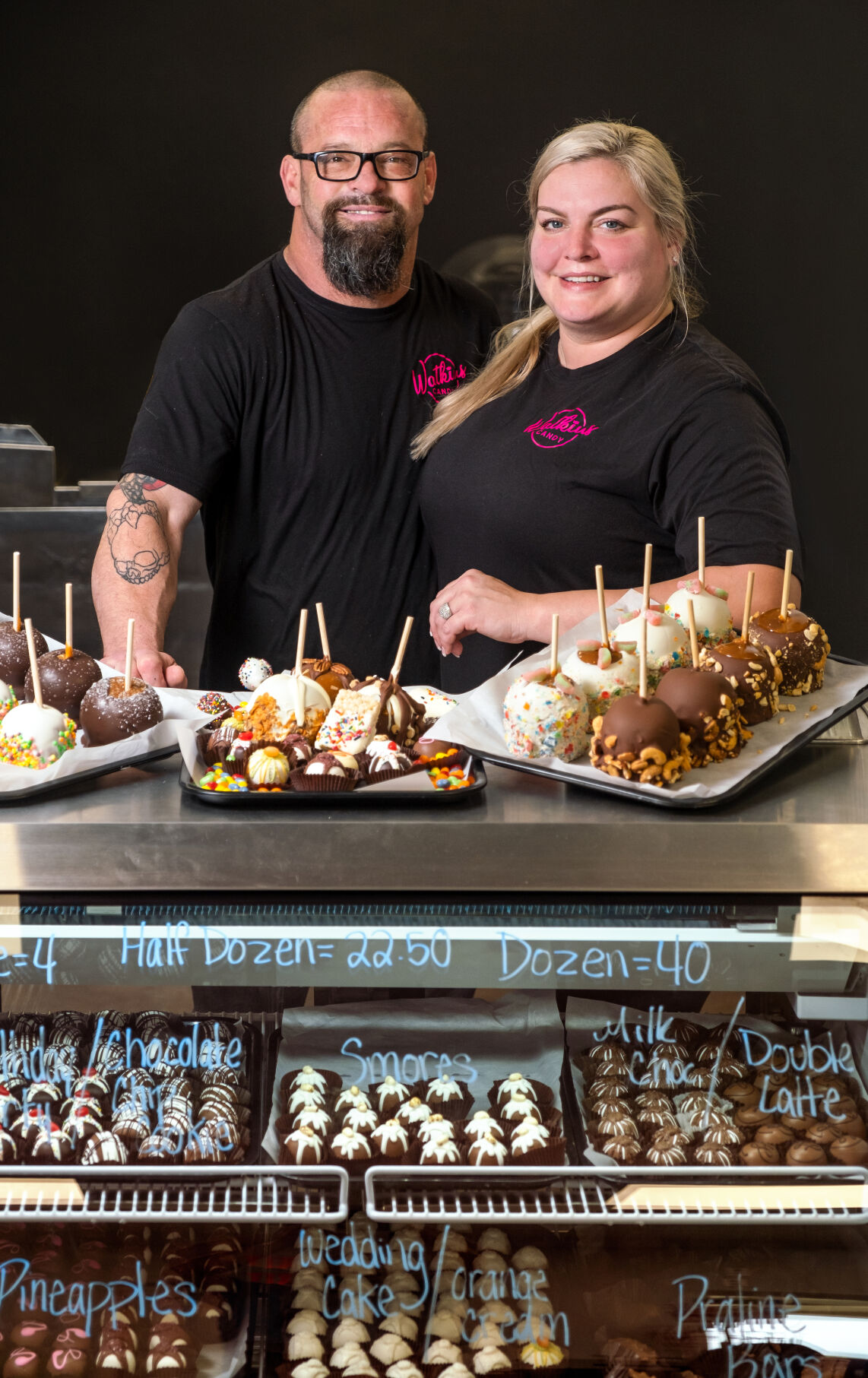 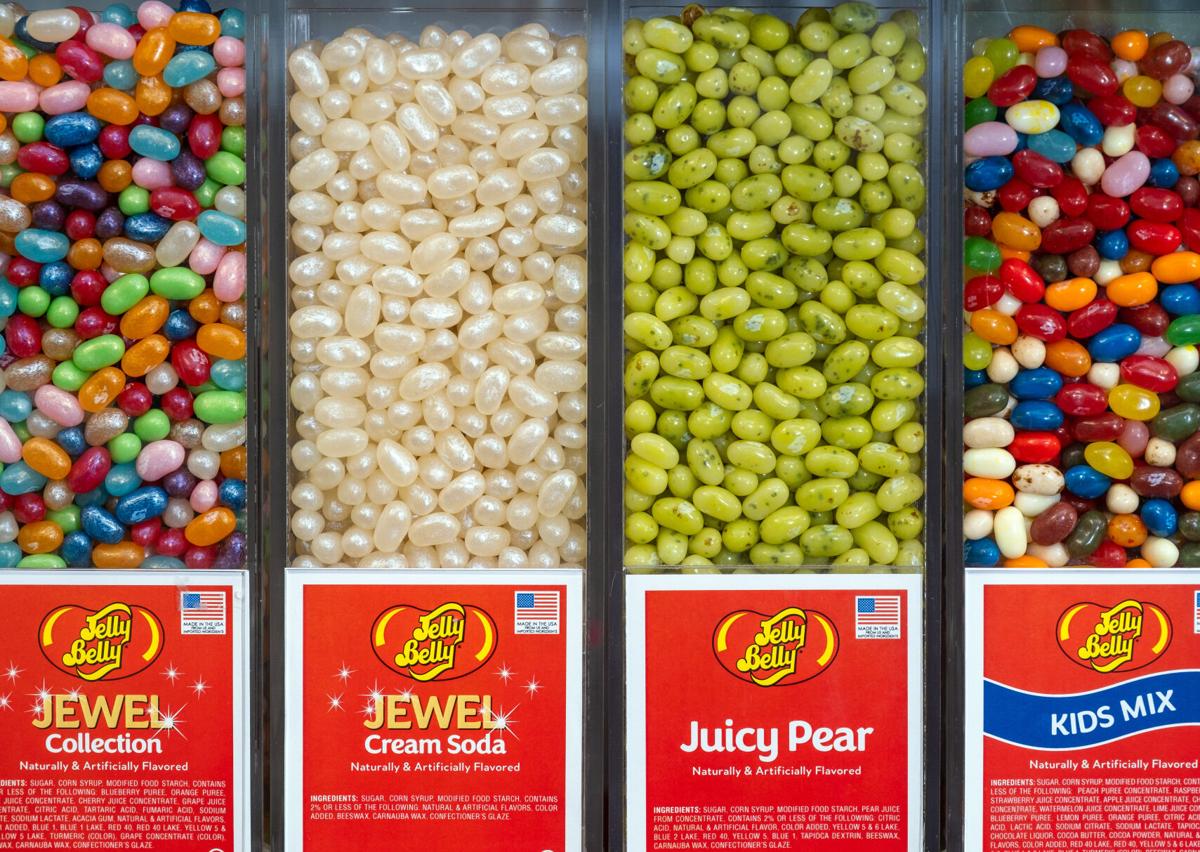 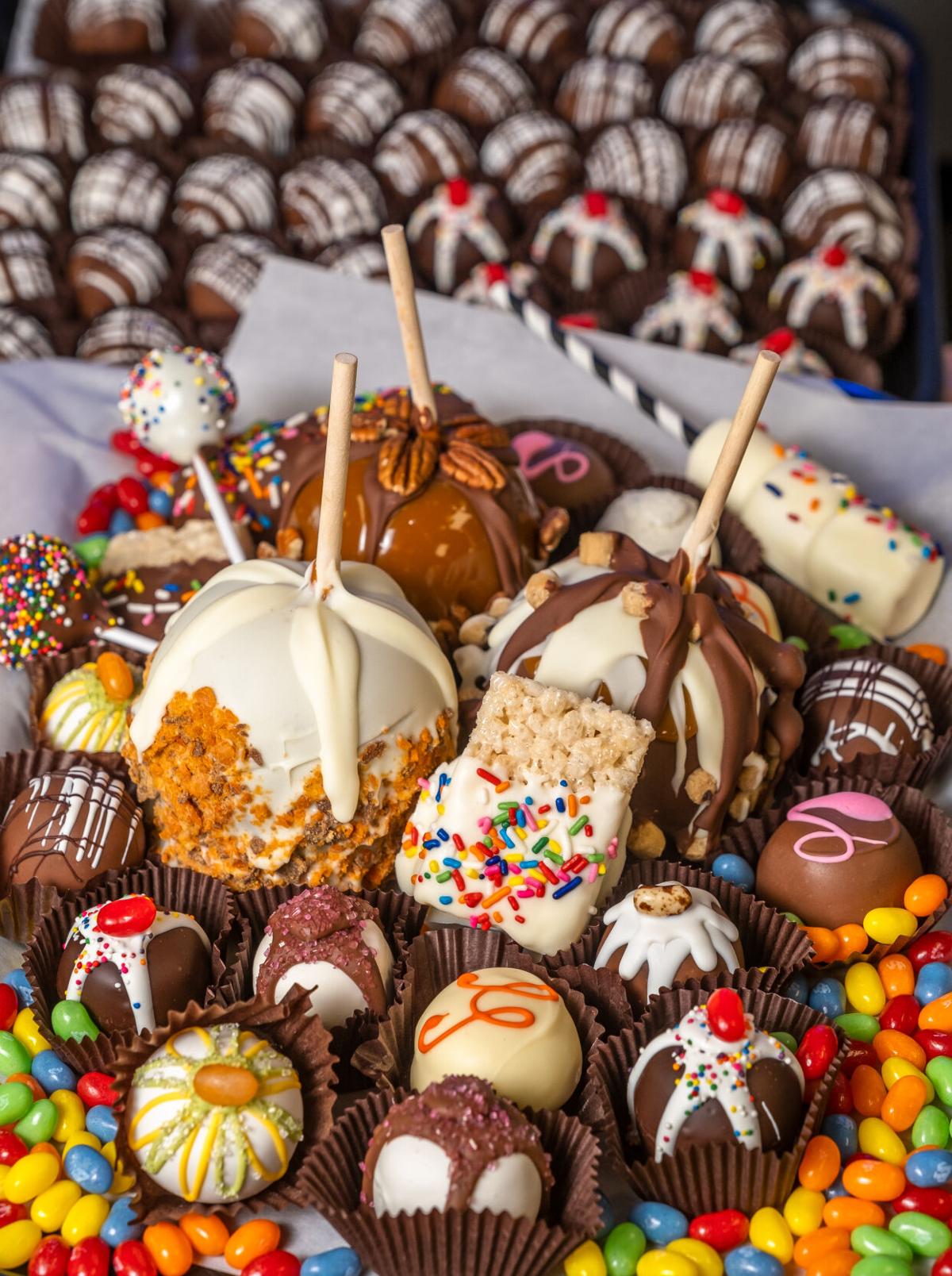 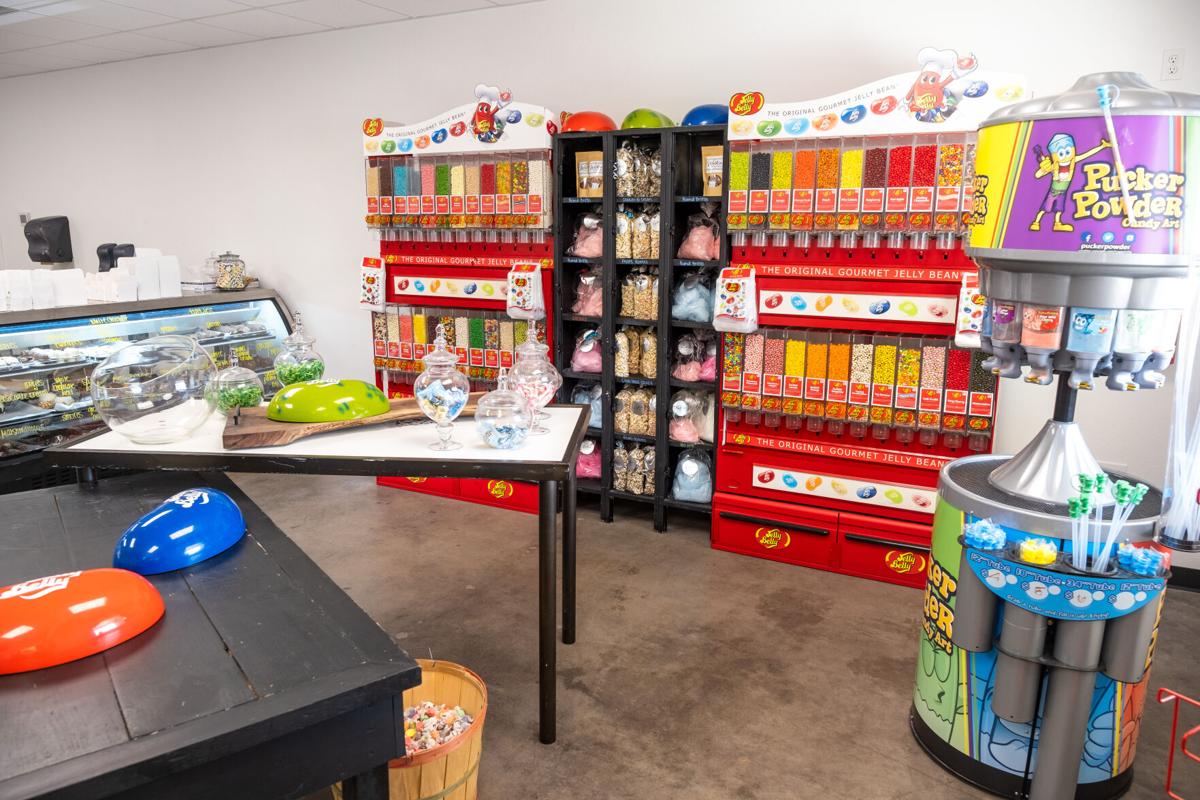 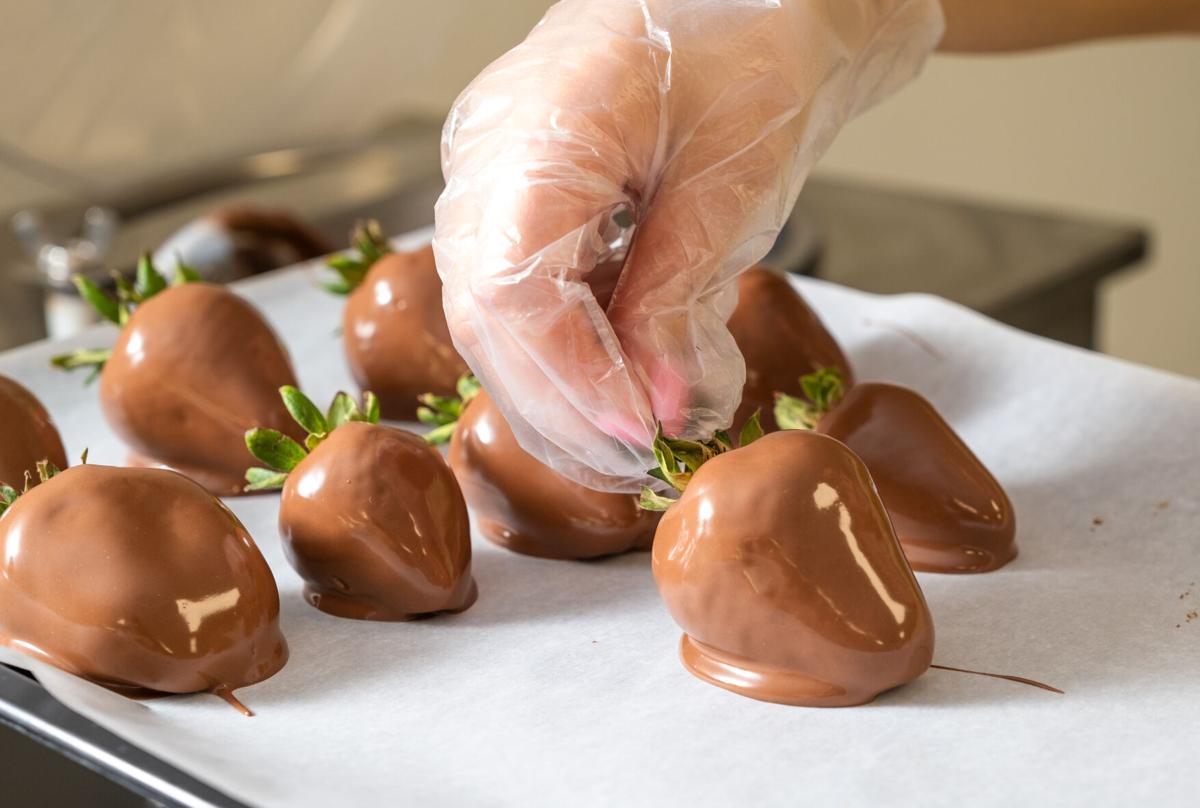 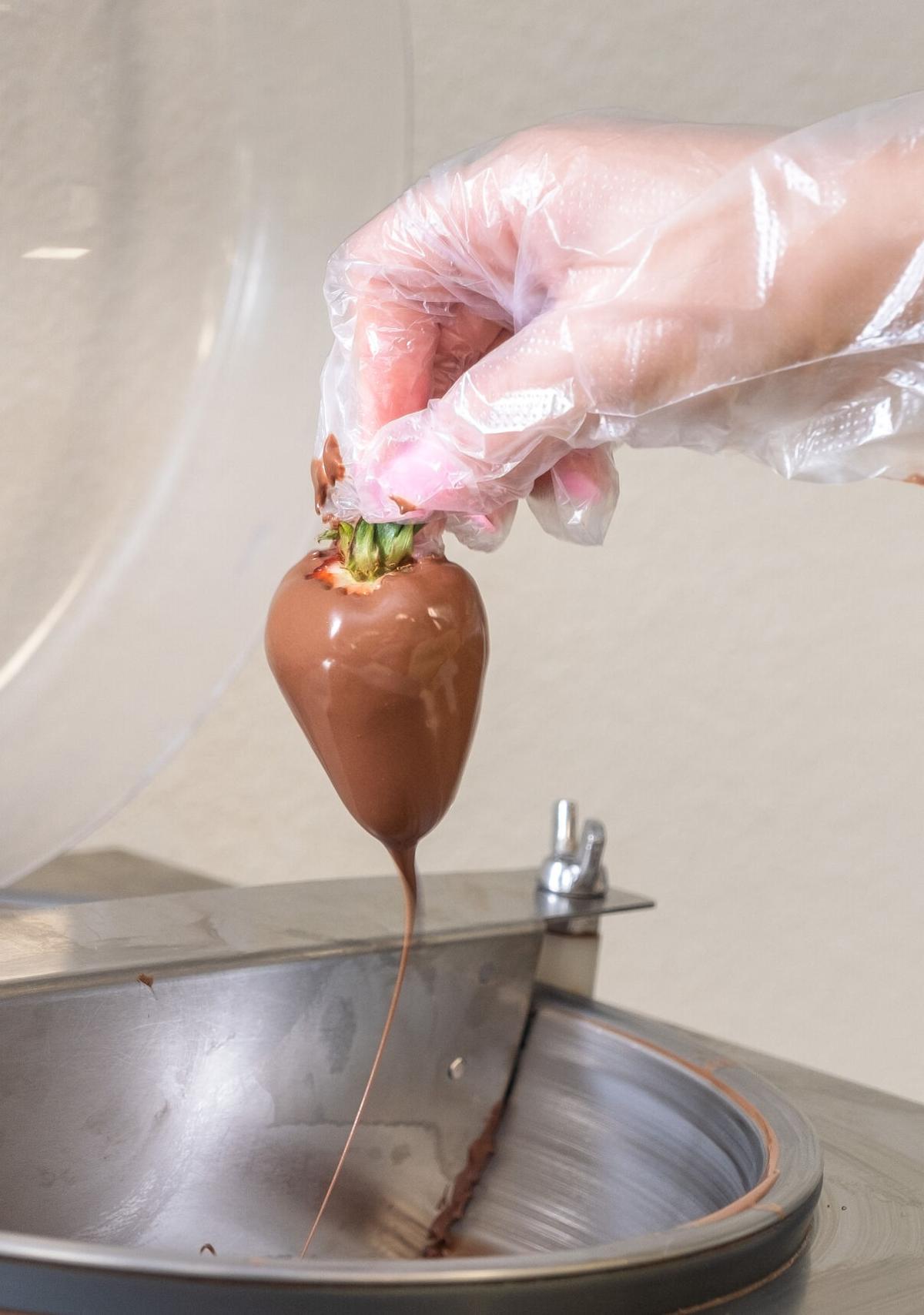 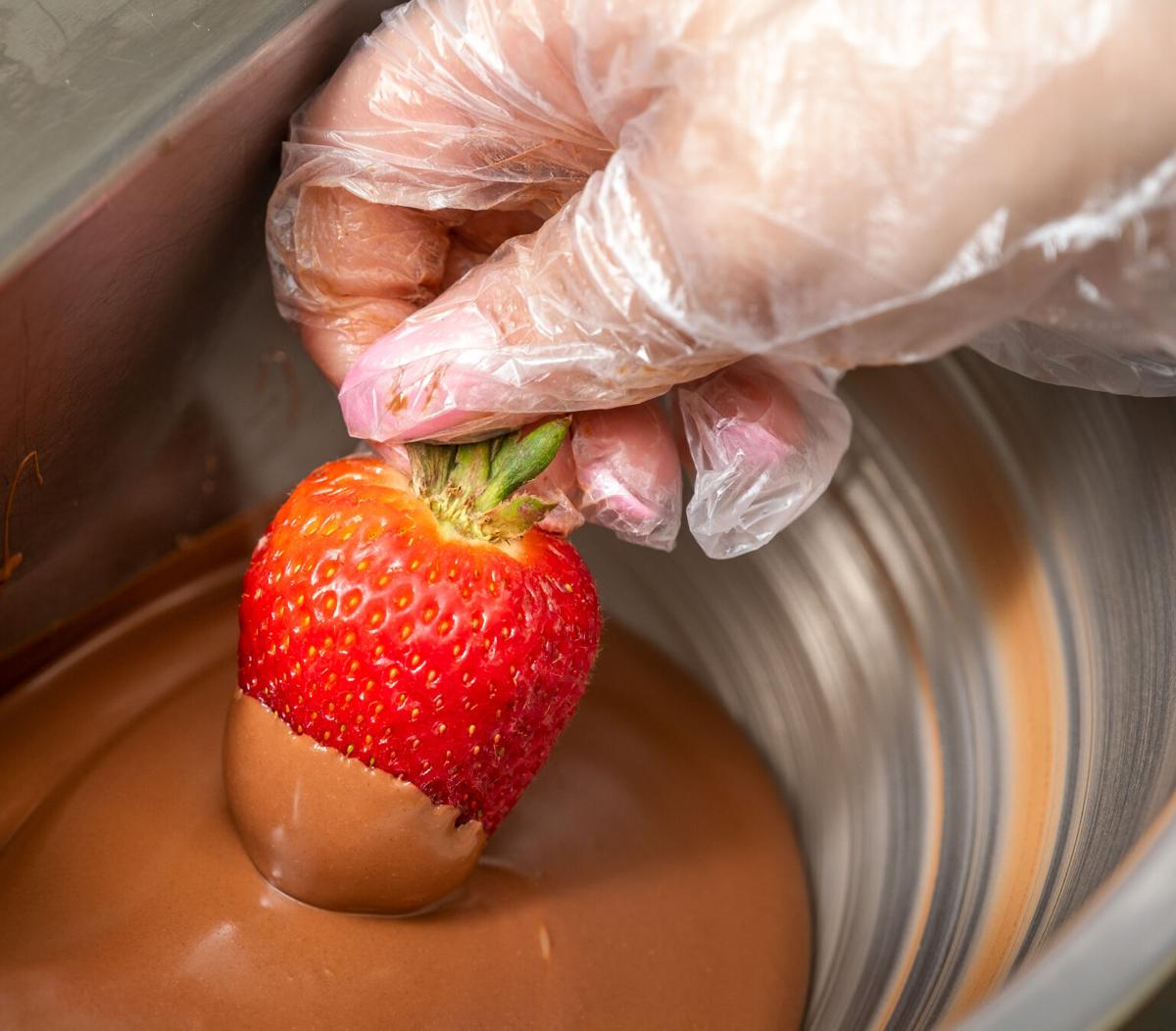 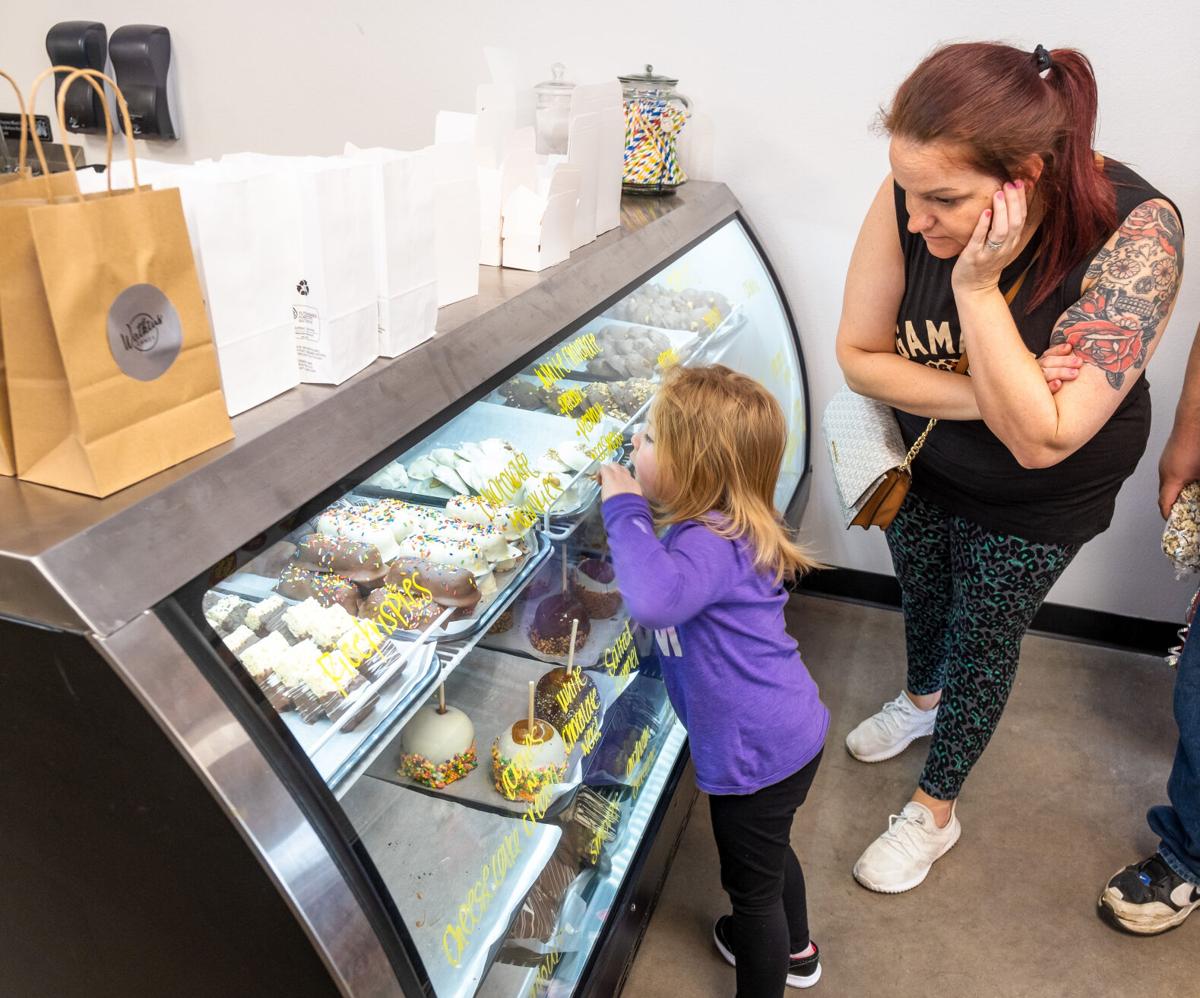 Katherine Martinez, 3, peeks into a display case while shopping for candy with her parents Tuesday, April 20, 2021, at Watkins Candy Co. 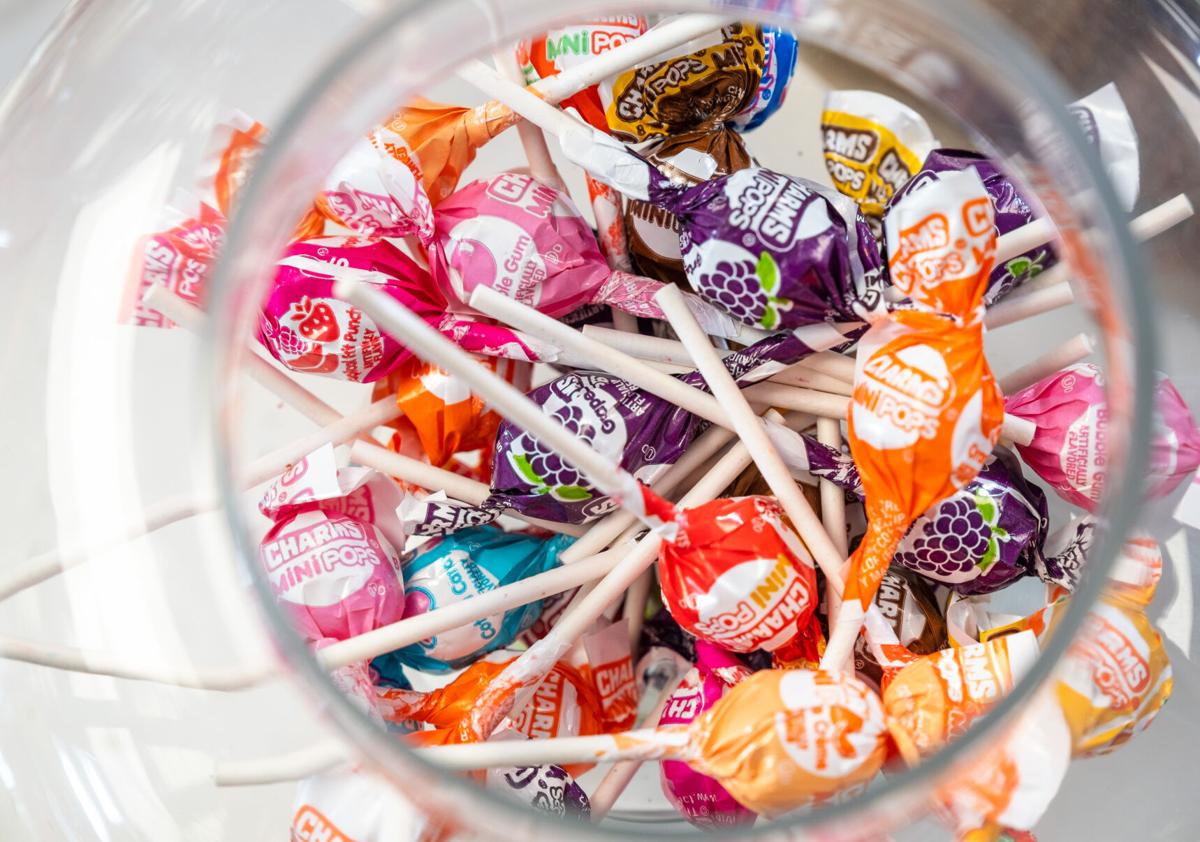 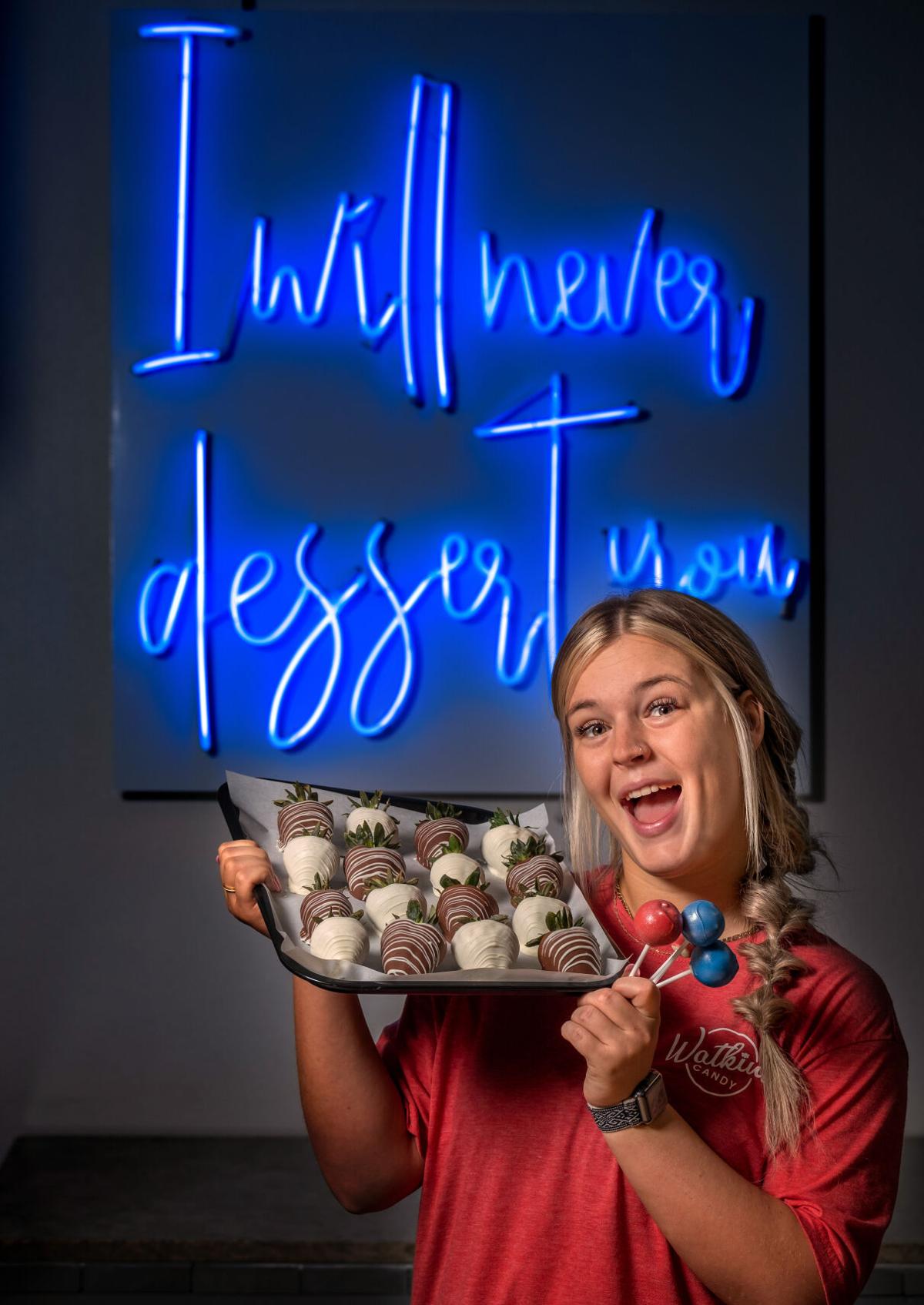 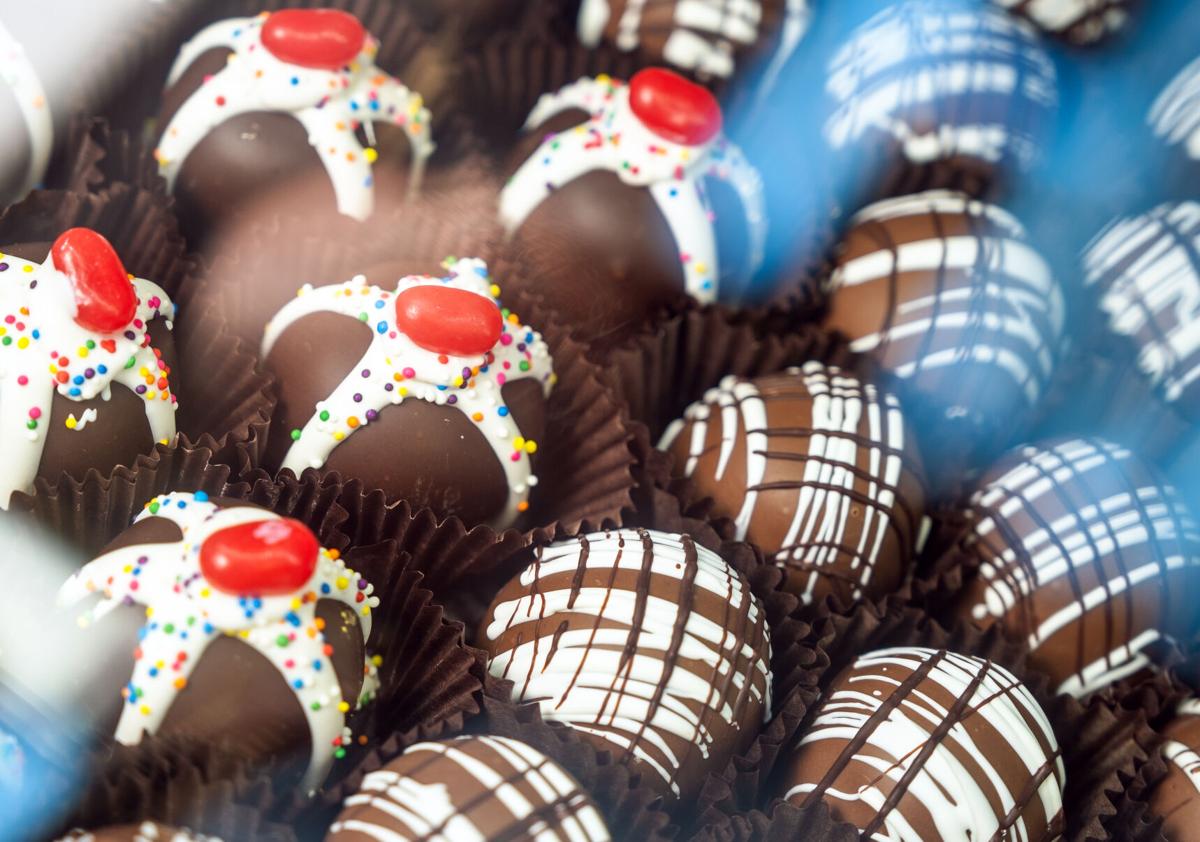 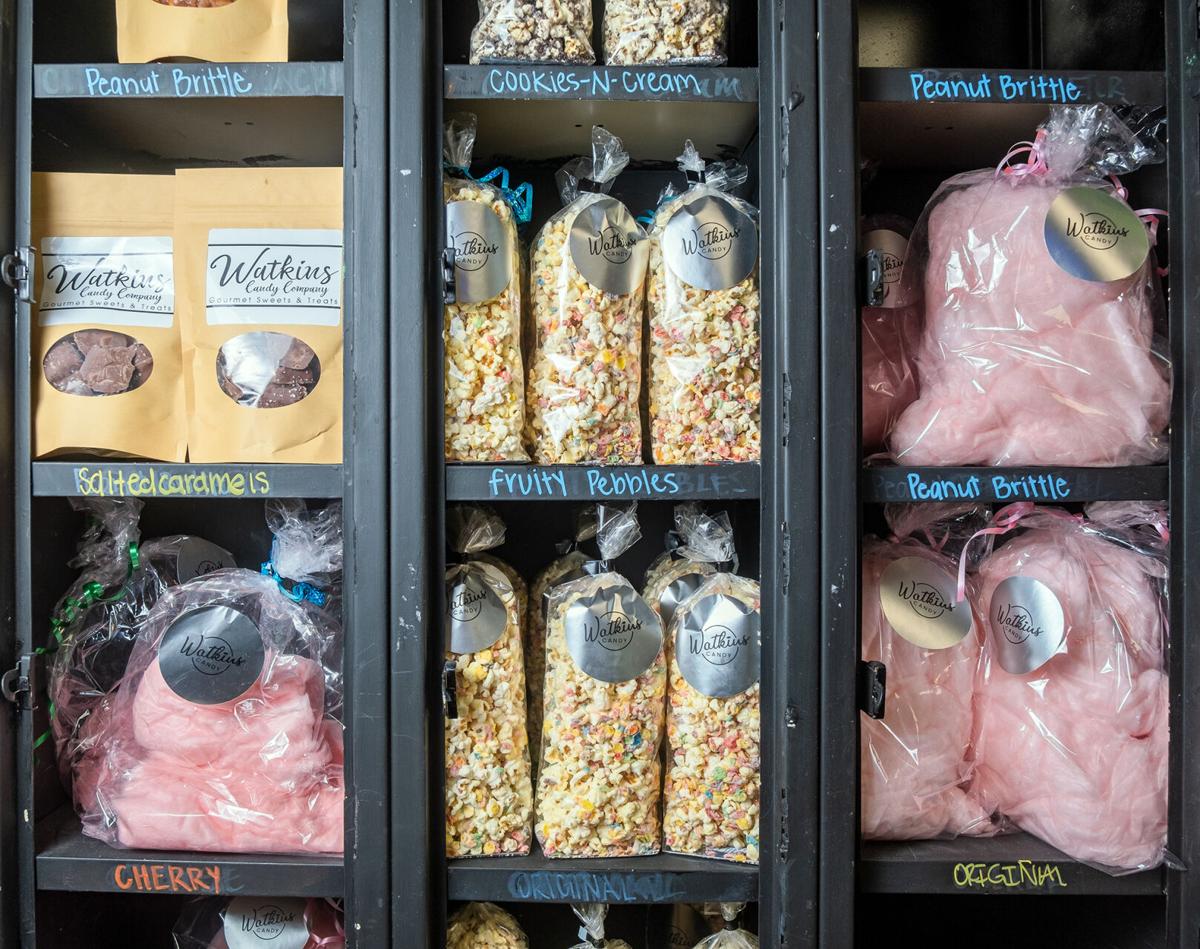 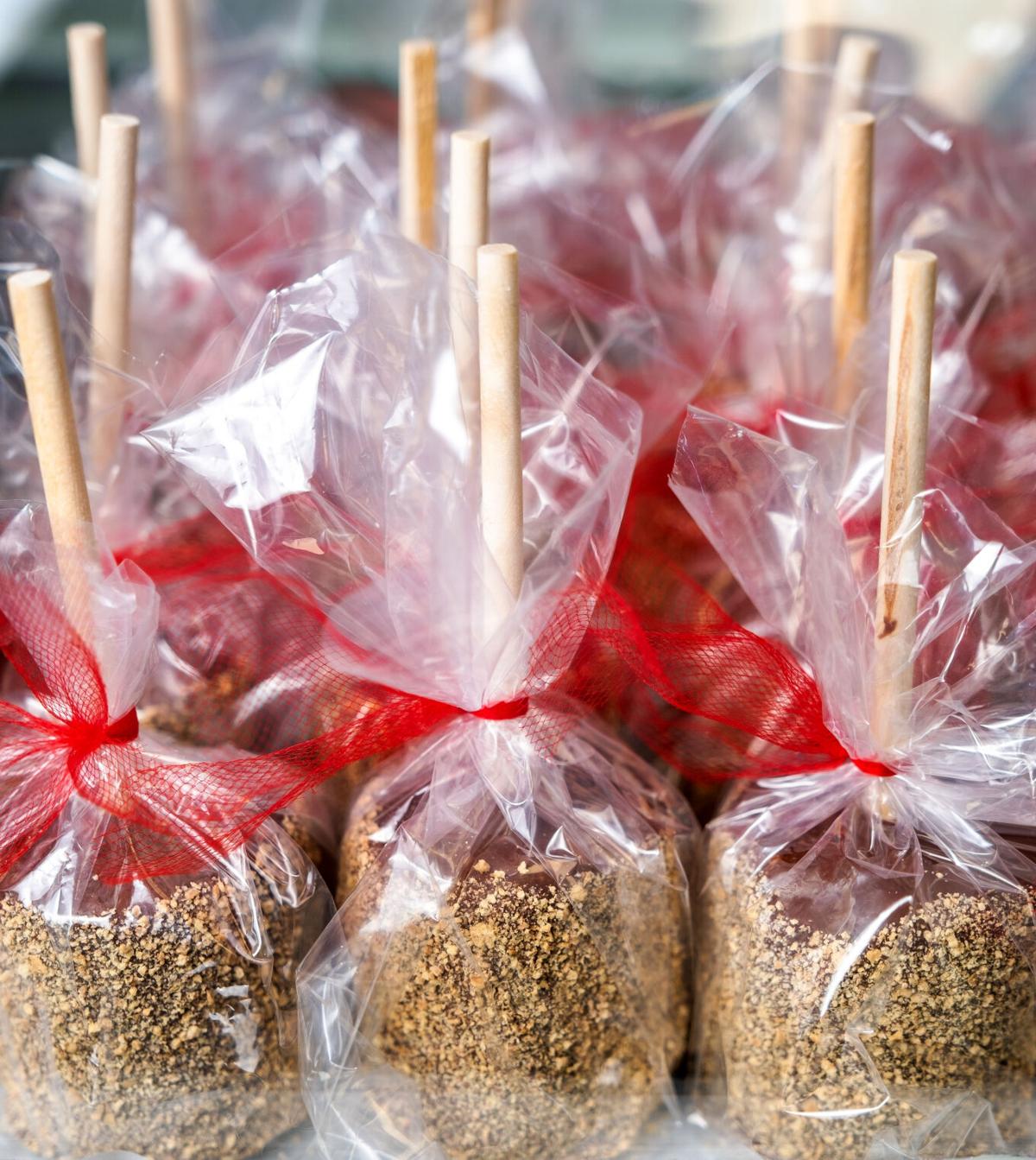 Katherine Martinez, 3, ppicks out jelly bean flavors while shopping for candy with her parents Tuesday, April 20, 2021, at Watkins Candy Co.

Katherine Martinez, 3, peeks into a display case while shopping for candy with her parents Tuesday, April 20, 2021, at Watkins Candy Co.

Watkins Candy Company, owned by Jason and Carmen Watkins, started as an idea during quarantine and became reality at the end of January, when they opened their doors in Liberty City.

"We always kind of jokingly tell people that it's a COVID-19-inspired idea because we were basically just sheltering in place and we just started making candy from home, and we realized that we were actually good at it," Carmen said. "When it came time for him (Jason) to go back out of town, we just decided we were going to take a leap. Our location came up, it was available right here off the interstate and we were really happy with it, and so we just went for it."

Jason used to work out of town in the Colorado and Wyoming area, and he said his wife was tired of him being gone.

"We just took some money and we invested, and it's kind of taken off," he said. "I didn't realize, I thought at first that I could maybe do this half a year, and then I would go back to work the other half, but it's obviously taken off where I can work here most of the time, or all the time."

The couple wanted to make something that would bring joy to people, especially kids.

"We were just so sad after 2020, as much as the kids lost, I think part of it for us was, even before we opened the doors, part of our business plan was to find something fun for kids," Carmen said. "Everything had been shut down. So we always keep our cotton candy cart running. As soon as the kids come in the door, they can spin their own cotton candy. We have a big container of Laffy Taffy and just different things that we give the kids when they come in the door; you don't even have to buy anything, because we want them to have fun. That was another big part of it, it's something fun."

One day Jason wasn't in the store because he was feeling under the weather, and a little girl came in asking for him.

The store has all kinds of candy and fudge. Carmen said she's a chocoholic.

"Jason's (favorites) are a little different," she said. "I would say he's probably on the jelly bean kick right now. We're starting to kind of make different things. Coconut haystacks and peanut butter balls and things. Right now the big thing that I'm on is the dipped fruit. We've always had the dipped strawberries, but we just started doing these dipped pineapple slices and dipped bananas, and they are just so awesome. I eat one everyday."

Eventually they hope to do candy shows.

"That's why we got the big candy table," Carmen said. "So right now the main stuff we're doing on our candy table is our brittle, and then other things like that. We pour our brittle directly onto the table, so the table cools the candy down and allows us to hand stretch it and all of the stuff. Through the holidays we want to do like candy canes, just different stuff that allows people to come in and be able to watch us make the candy; I think that's going to be the fun part."

The Watkins have donated products as well as sponsored Little League baseball and softball teams.

"I've given no telling how many pounds of fudge to different schools to put in their little areas where the teachers' lounge is," Jason said. "...I want people to really try it because a lot of people, they've never had good fudge, like really good fudge where someone's taken the time to make it, and that's a lot of this. Everything in there like I said is hand dipped."

Watkins Candy Company is a fun place to work too.

"At night we have a lot of the kids from the local school, and they just love it," Carmen said. "They love their job; they always tell us that... everybody wants to work here; we have kids coming in all the time 'I just want to work at the candy store.' I'm like 'I understand, but we're full staffed right now so just give us some time.' I think that it's a fun place."

Watkins Candy Company gives out free samples all day. They're open Tuesday through Friday from 11 a.m. to 8 p.m., Saturdays from 10 a.m. to 8 p.m., Sundays from noon to 6 p.m. and are closed Mondays. They are located at 6147 Old Highway 135 in Liberty City.