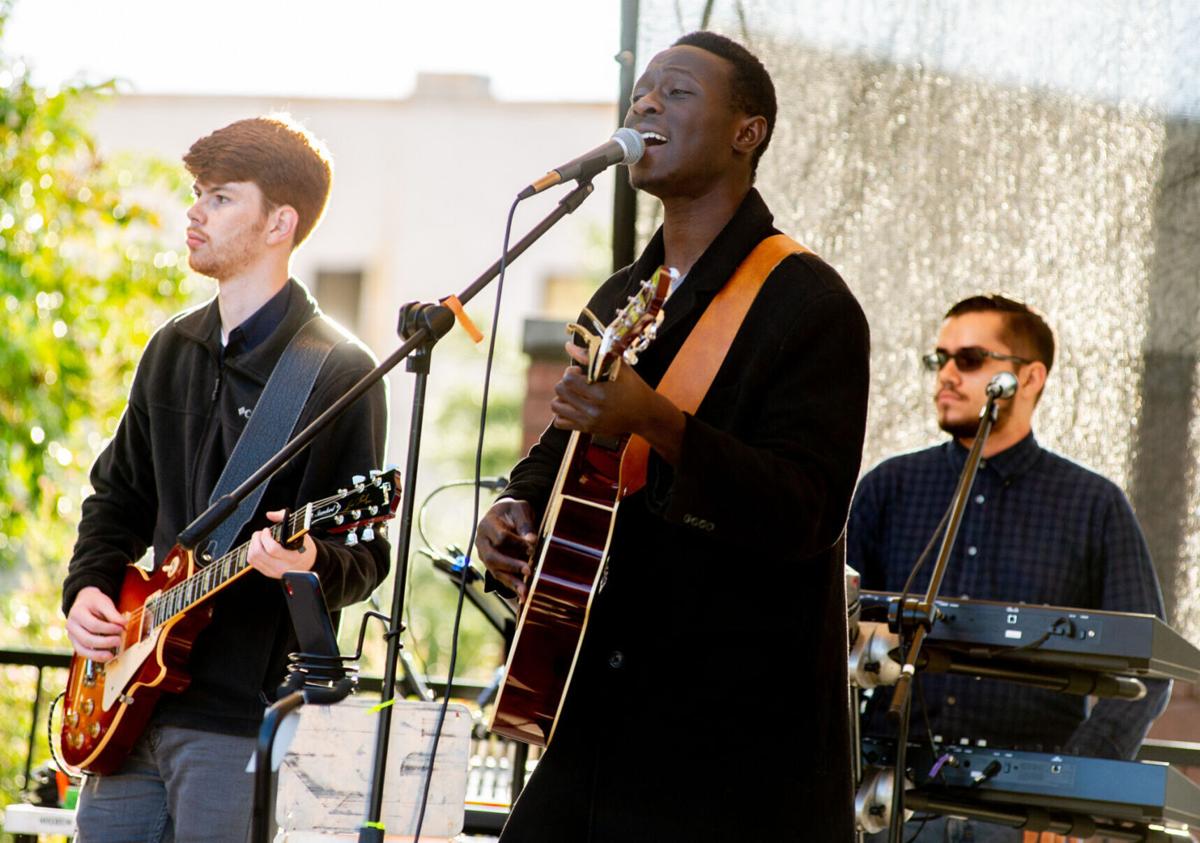 Covenant Olatunde performs during Downtown Live on Oct. 11, 2019, in Heritage Plaza in Longview. 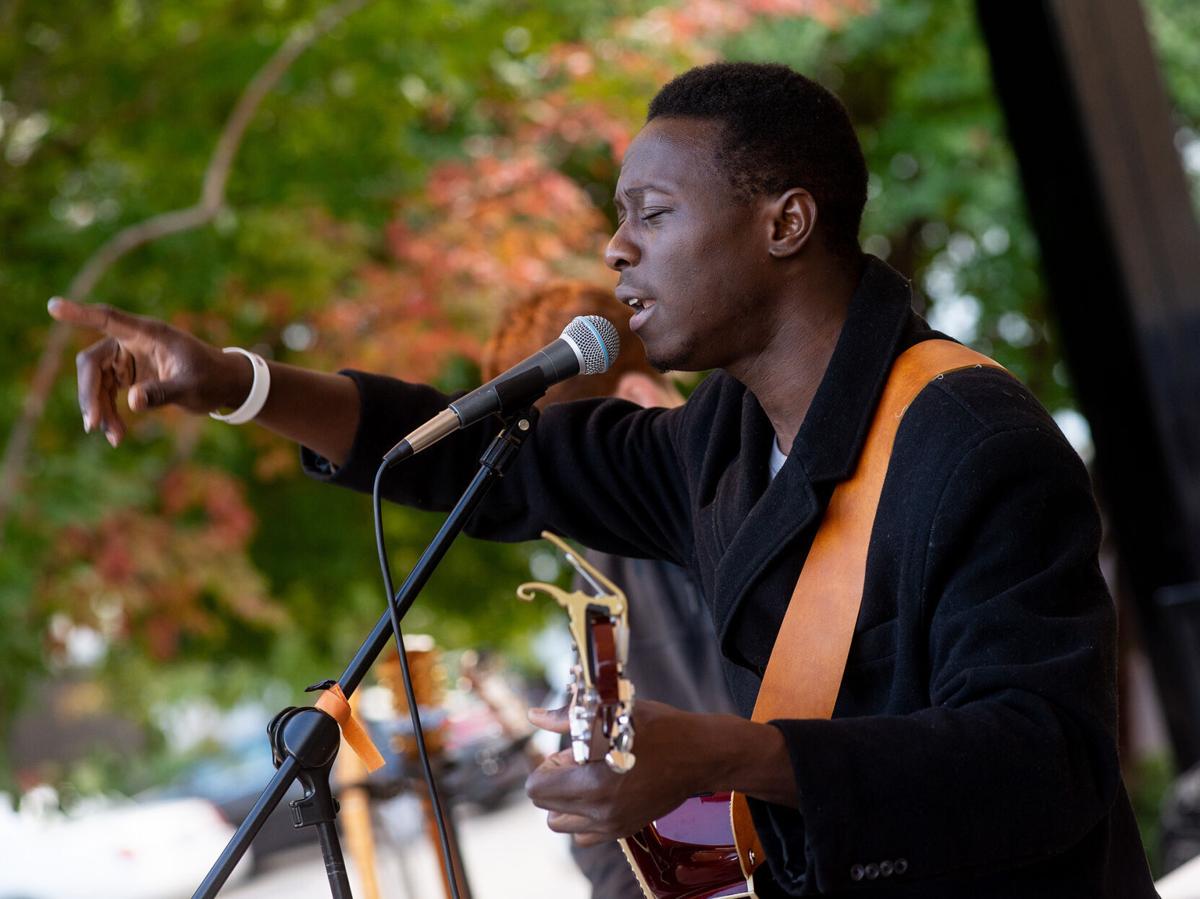 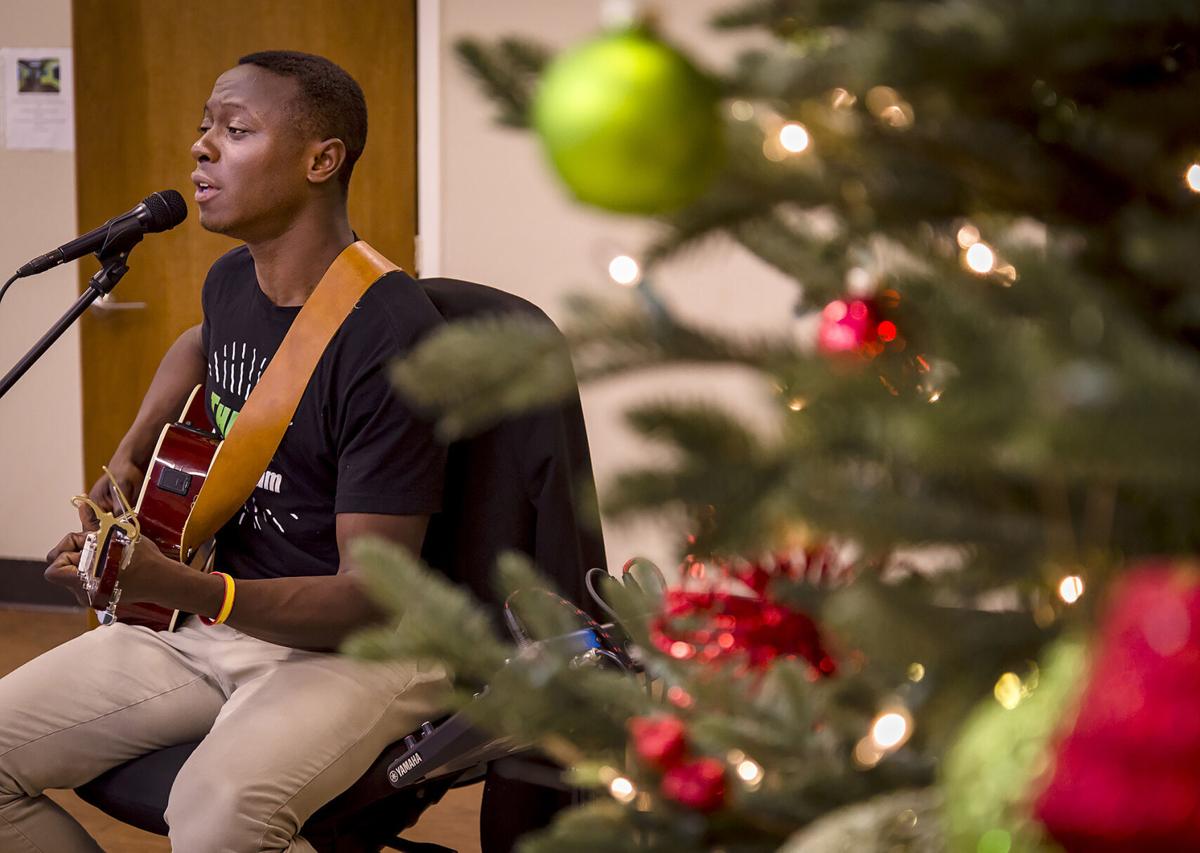 Covenant Olatunde performs for guests Monday, December 2, 2019, at Holly Days in the Garden at the Longview Arboretum and Nature Center.

Covenant Olatunde performs during Downtown Live on Oct. 11, 2019, in Heritage Plaza in Longview.

Covenant Olatunde performs for guests Monday, December 2, 2019, at Holly Days in the Garden at the Longview Arboretum and Nature Center.

For Covie, a band founded by Covenant Olatunde, music is only the beginning.

Covie, which can vary in size from four to seven artists at a time, plays a smooth mix of soul, pop and reggae. A year old in December 2020, the group has gained a solid following in East Texas playing a variety of popular venues. Plans call for the group’s next record, containing all original material, to debut in May around the same time they hope to widen their reach with a tour. Olatunde said in November that the tour would include parts of Texas, Louisiana, Arkansas and perhaps Oklahoma.

Songwriter Olatunde, 25, said that Covie isn’t just about making music; the band aims to be a support system for other artists. Yes, Covie was a nickname that Olatunde’s high school friends called him based on his given name, but today it stands for something else: a Collective of Voices in Entertainment.

“Over the years, whenever I thought of starting a band, I wanted it to be something simple, catchy ... just one word. So, rather than calling it the Covenant Olatunde Band, I just thought ‘What about Covie ... It’s short and simple,” he said. “As I was formulating the name, I also thought through the need for something bigger than just another band in East Texas, but a collective of people that would band together to share their hearts and support one another in their creativity, but also create something that will help other creatives create.”

He chuckles at the string of “creative” words in his description, but he’s serious. Art is crucial.

“There’s art in everything. Without art we lose expression, we lose personality and we lose uniqueness and character,” he said.

Olatunde’s vision for helping artists grow has five elements: ability, opportunity, identity, community and legacy. Identity may be the most difficult for young artists to find, he said of discerning one’s gifts and why one possesses them.

The son of Christian missionaries from Nigeria, he grew up mainly in the United Arab Emirates.

Just before his senior year in high school, his family came to the United States so his parents could earn master’s degrees and Olatunde graduated from a suburban Boston high school. He then came to college at LeTourneau University in Longview where he studied aeronautical science with a concentration on professional flight. He is a pilot though he has worked very little in that field. Musical doors opened instead.

Sounding much older than 25, Olatunde speaks of the vision he hopes to turn into a legacy and of the role faith plays in his life.

“Everyone has to find a reason for what they’re doing, a purpose that drives them,” he said. He includes non-believers in that philosophy.

“The reason I am where I am today, I believe, is because I went on a journey of discovering my identity as a son of God, a child of God, and that being really, really real to me,” he said. “It didn’t really hit home till college. ... Specifically, I needed to be grounded in the identity that I was loved (by God).”

The next logical step for a man who has been around ministry his entire life was to share that discovery.

“I felt so loved and cradled and just beloved by my God. I had such confidence in who I was, that I wanted to encourage people into that reality,” he said, and that’s Covie’s mission. “We understand. We’ve been there, done that, and by the grace of God, look where we are now. We’re not slowing down. … We want to take people along with us.”

As with many aspiring artists, Olatunde has a “day” job. He gives private lessons in drums, guitar and piano to about a dozen students weekly. In early 2021, he hopes to go to work as a worship associate at First Baptist Church of Longview where, as a volunteer, he has found solid support for his musical vision.