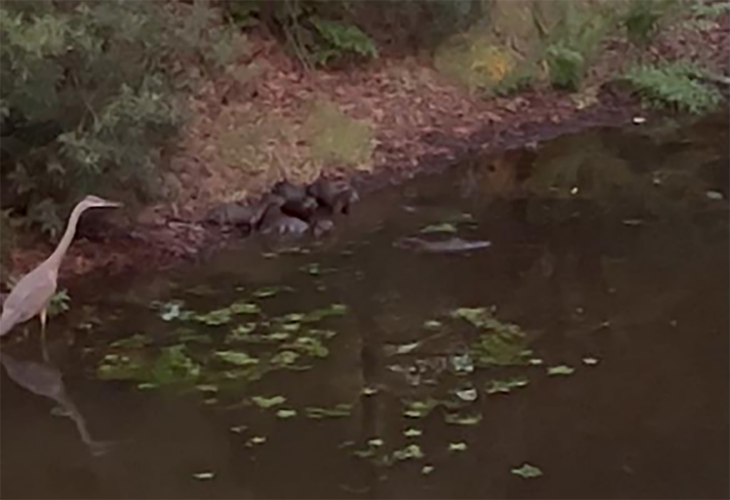 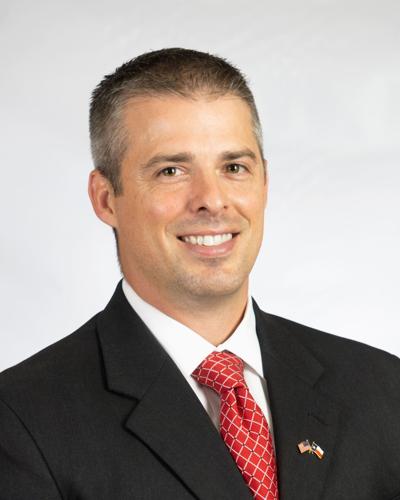 Sept. 10 — Bags with Benefits Cornhole Classic at the Texan

HIGHLIGHT OF THE WEEK

Meredeth Brown, Permit Technician, captured a video at Synergy Park Lake. Meredeth said she heard a commotion coming from below her and saw a Blue Heron fishing. Little did she know what she would eventually capture. The heron walked behind some bushes and out came what first appeared to be fish or snakes. Eventually it became clear that it was a family of otters. The otter family made its way to the other side of the lake, only to be confronted by a beaver. Not wanting to miss any of the chaos that it caused, the heron flew across the lake shortly after the beaver arrived to have a three species standoff unlike anything we’ve seen before. All of this occurred at our very own Synergy Park Lake!

All concrete has been poured for Ross Avenue. The final step is to bring in a diamond grinder to smooth out the ride quality for the entire road.

The Wastewater Treatment Plant crew has been building an enclosure for our automatic wastewater sampler.

The Parks Department is working on clearing dead and fallen tees away from the walking trail.

Operation Buzzard Deterrent was set into motion. A buzzard effigy was attached to the derrick close to the Police Department in an effort to deter buzzards from roosting on the derrick.

Allen Scott, new hire with the Parks Department, has completed his training on the grapple truck. This will allow us to begin running one brush truck running five days a week again.

The Fire Department was honored to be invited to the MLK Park “Back to School Event” on Aug. 20 for a meet and greet and great food.

Three of our Fire Department instructors attended a ropes training class. They all have their instructor three classifications now and will be able to teach and certify all of our firefighters.

Officer Zach Torres has been serving as a dispatcher for KPD. Recently, he became our newest officer. He and his wife live here in Kilgore. He is currently attending pre-service training and then will be assigned to his first field training officer.

The first weeks of school went well. The traffic flow was better than expected thanks to additional KISD staff, volunteers, KPD officers and our great parent drivers! We have been working alongside KISD throughout the summer on their security programs. We will soon begin staffing off-duty officers at a few campuses for guard duty.

The Planning and Zoning Board will be reviewing two zoning cases at their September meeting. The first is a site plan amendment to add another structure at 3511 Birdsong. The second zone case is located on U.S. 259 across from Atwoods. The proposed zone is General Commercial.

Oktoberfest and Downtown Trick or Treat planning is underway!

Keep Calm & Carry Yarn, a new club for knitters, will be held on the first and third Thursdays from 11 a.m. to noon. The club will be for Ages 9 and up.

The Lego Club will be held on the first and third Wednesdays from 4 to 5 p.m.

Reminder, that limited edition City of Kilgore t-shirts are for sale at the library for $20 plus tax.