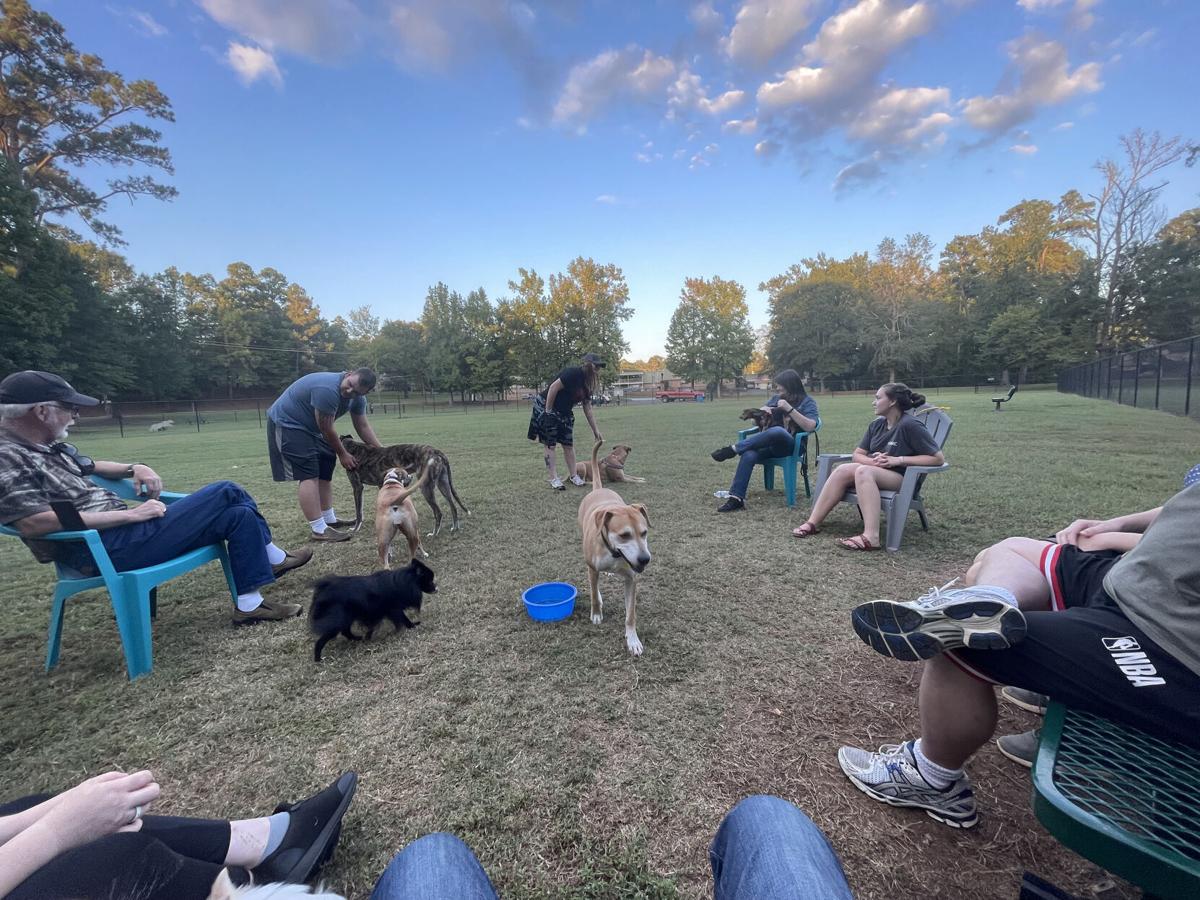 A place of their own: Kilgore’s Canine Social Club meets every day at 6 p.m. at the city’s dog park.

A place of their own: Kilgore’s Canine Social Club meets every day at 6 p.m. at the city’s dog park.

A work of historical fiction can sure stir the waters in this East Texas community. What is fiction about a particular novel and what is not is always the question. Nonetheless, a remark made recently has us still searching for a particular place. That place is called Newton Flats.

“Some four miles east of Kilgore a new, mostly tent town prospered, named for its nearest landmark. They called it Newton Flats and it was a place filled with gaming, gamblers, saloons and whores. Four miles to the west was another tent city, dubbed Pistol Hill; it was even a worse spot, occupied and infested with an assortment of cutthroats, robbers and thieves of all descriptions; a truly dangerous place. Many of the old-time Kilgore citizens referred to those two infamous locations as Sodom and Gomorrah.” Excerpt was taken from The Devil in Kilgore by Stephen E. Yocum, and the novel depicts the early oil boom days of Kilgore.

Now, when our town historian Terry Stembridge says he is still in search of Newton Flats, it causes all types of a ruckus. One has made mention it might have been in the area of the old Matti’s Ballroom... hmm, the search continues until that is until we get in contact with Stephen Yocum. The book is still available on Amazon.

BACK TO BASICS: Pat Sheets was the first to respond to last week’s column regarding the benefits of “real” whole milk.

Pat said, “We always kept a Jersey cow, and all of my kids drank whole milk. They never had a broken bone and that was with them being thrown from horses, riding bulls in the rodeo and stomped by cows.

“Early in the 70s, when my twin boys were about 13-years-old, we milked four Jersey cows each day. On our front porch we had a Dr. Pepper refrigerated box with the sliding doors on top. We would strain that fresh milk; put it in gallon jugs along with butter and buttermilk we had made, and placed it in the Dr. Pepper box for people to buy. The customers returned the glass jars, which were scalded with detergent and very hot water. On the front door was a box for people to drop the money to pay for what they got. You could trust people back then. One man that came through from Dallas wanted to buy all the butter we had but, I didn’t think it was fair, but sold him what I thought the others would not need.

“The customers returned the glass jars, which were scalded with detergent and very hot water. And you were right about that leftover milk we now call two percent; it went to the hogs or the dogs.”

Pat, who is now 83-years-old, still owns a Jersey milk cow. Although the cow is busy weaning calves, Pat admits to slipping out to barn and getting a couple of glasses of fresh cow milk to drink. Milk was also used to coat the stomach before taking medicine — if you did not have a fever, otherwise orange juice was used.

“Blue John is what my grandfather called it,” said Mayor Ronnie Spradlin. “That’s all I knew two percent milk to be called growing up. I thought that’s what everybody called it.

KILGORE’S CANINE SOCIAL CLUB meets every day at 6 p.m. at the Meadowbrook Bark Dog Park. Not all of the owners of the canine are known by name, but everyone knows the dogs by their names according to sources. Members of the club also keep up with each other on Facebook through their owners, but only the dog’s name is used to alert others when they are feeling too poorly or have other appointments and can’t make the scheduled meeting. Last week this elite club signed a congratulatory card on the birth of baby Judah James, son of the Rev. Josh and Leah Howington.

No paw prints here, but we extend that congratulations to the Howingtons.

HEAD TO THE DEPOT during Oktoberfest. KIBA’s White Elephant bazaar will be open from 9 to 5 p.m. Dishes, knickknacks, clothing, holiday decor and more at ridiculously low prices can be found. Ocktoberfest in downtown Kilgore will take place on Saturday, Oct. 16.

EAST TEXAS WOODCARVER and Instructor James E. Tramel is displaying 134 of his woodworks at London Museum throughout October. Figures of people from assorted cultures and in various professions; birds; animals; the Nativity; angels; snowmen; Santas; and even a self-woodcut of Tramel at his workplace. All figurines can be viewed free of charge during regular museum hours.

Tramel is a former high school wood shop instructor whose skill with a whittling knife goes back to his Boy Scout days. He began “seriously” woodcarving after he retired in 1998. “Instead of working with furniture, I chose woodcarving.”

His favorite timber — and of other woodcarvers — is basswood. “It is common in northern states, such as Minnesota. Basswood is firmer than balsa, but easy to work with.”

He has taught his craft to others, and at one time there was an area Woodcarving Club. “Now, there are no young woodcarvers,” Tramel laments.

Should someone ask him for advice and instruction, Tramel will gladly share what he knows. “This is a self-project, and I want to help these young people.”

Drawing is another talent Tramel is blessed with. Currently, he is working on portraits of the London School Explosion victims. To date, he has completed 148 pictures. Some of his sketches of the London seniors are also showcased at the museum.