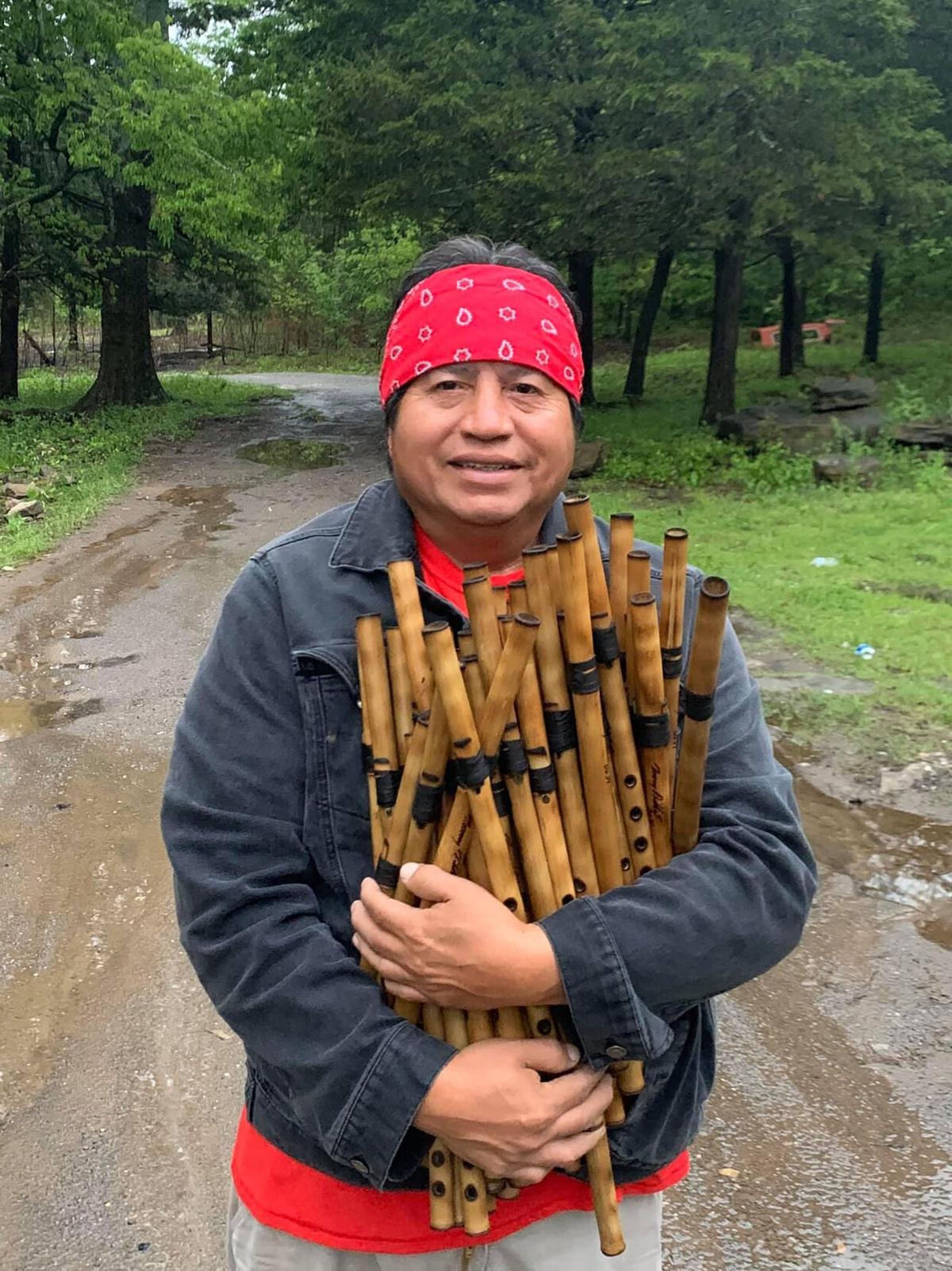 Tommy Wildcat shown after working through Wednesday evening making and testing 70 flutes to be shipped out to buyers. Fifty of the flutes were being shipped to Cherokee, North Carolina. 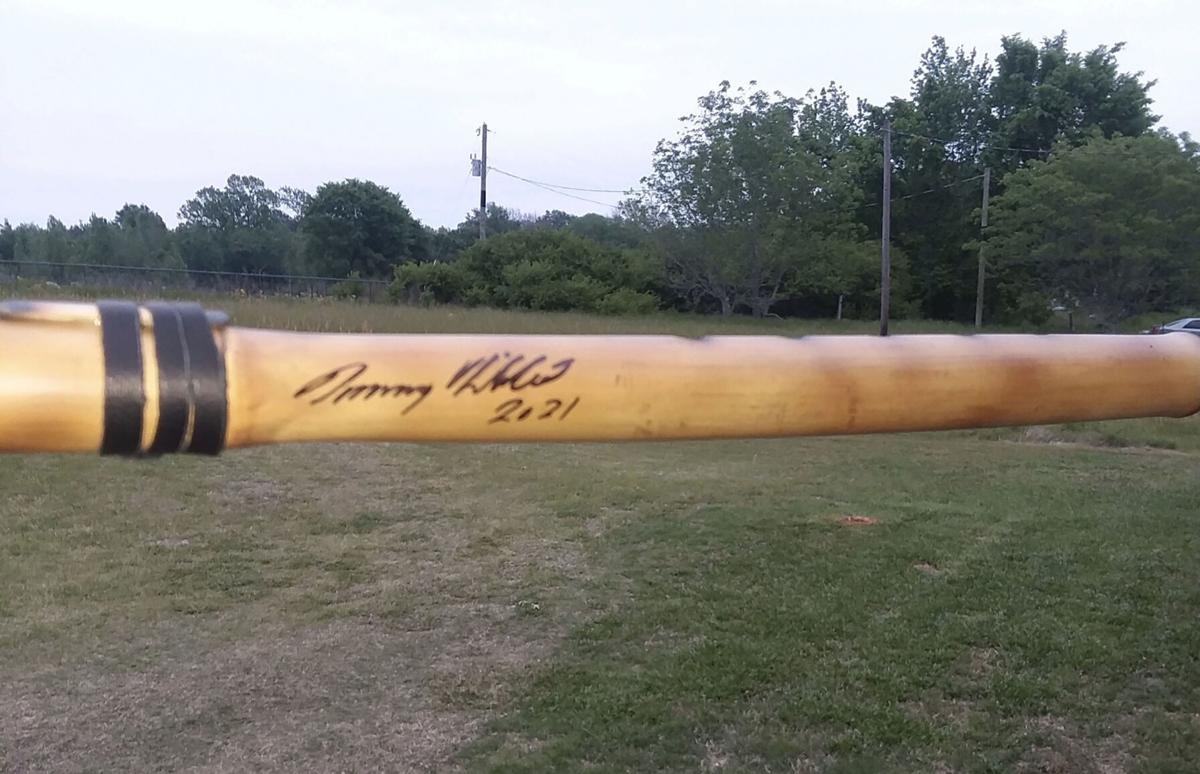 A handcrafted wooden flute by Tommy Wildcat is pictured. 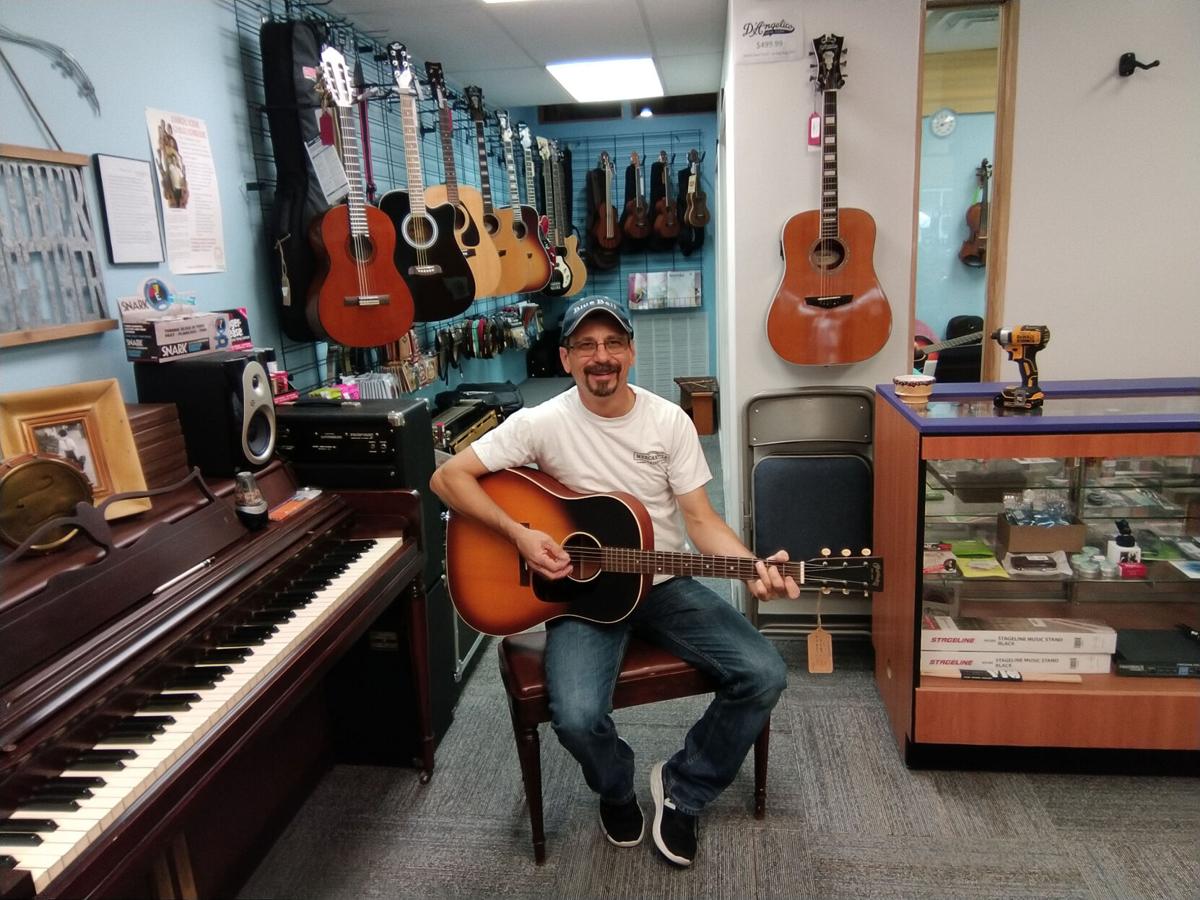 Fred Gebhardt, at Kilgore Mercantile & Music, is shown with his rare find of a Marlin DSS17 purchased in Guthrie, Oklahoma.

Tommy Wildcat shown after working through Wednesday evening making and testing 70 flutes to be shipped out to buyers. Fifty of the flutes were being shipped to Cherokee, North Carolina.

A handcrafted wooden flute by Tommy Wildcat is pictured.

Fred Gebhardt, at Kilgore Mercantile & Music, is shown with his rare find of a Marlin DSS17 purchased in Guthrie, Oklahoma.

It’s the simplest of things that make life beautiful, whether it be watching the sunrise or sunset, listening to the sounds of nature, a child’s laughter, or a touch on the hand. To Native Americans, seeing past the confusion to the simplicity of life is something they grew up being taught and is ingrained within their livelihoods. It is that simplicity they strive to hold on to even when their daily jobs put a much larger demand upon them. It is that simplicity they teach others who have not been exposed to their ways.

Last week was filled with joy for me upon receiving a hand-crafted wooden flute by Cherokee Tommy Wildcat from Tahlequah, Oklahoma. His flutes are beautifully made from river cane and feel smooth to the touch. The sound is beautiful and melodious.

“Making the flutes is my hobby and I have been making them for thirty years,” he said. “I spent over half of my lifetime playing them and doing appearances, having spent 16 years on the road touring, composing, visiting historical sites. I have done my share of sleeping in the car until paid gigs came along and have cut nine CDs, two of which are my favorite and are still available. They are called See You Again and Warrior Flutes.”

His paid gigs have included established places such as historical sites, festivals and museums. Tommy has been to Washington D.C. 10 times to play at such places as the Smithsonian and the National Museum of the American Indian. In 2002, he won the American Music Award Flutist of the Year.

He went to work for the tribe of the Cherokee Nation in 2009. He is Special Projects Officer and carries the title of Cherokee National Treasurer, an honor given by the tribe to individuals who are keeping the art, language and culture alive through their crafts and work. This honor was also bestowed on his parents Tom Webber Wildcat and his mother Annie Sue Wildcat. To date, they are the only Cherokee family in the Cherokee nation with three family members to carry the title.

Knowing this makes owning the flute even more special. Instrumental in putting me in contact with Tommy was Mary Wright, a friend and avid reader of this column. It is her husband Wayne that was cousin to the late Dorothy Mitchell, whose ancestry was Cherokee. For Kilgoreites, to know Dorothy was to love her. Mary and Wayne traveled to Kilgore often for their family re-unions and ancestry updates. Since that time, Mary discovered Tommy Wildcat to be a distant relative to her husband and received her flute a couple of weeks before mine. Although Mary is Apache/Comanche, she will tell you her heart is with the Cherokee.

My flute was taken to Fred and Vivian Gebhart at Kilgore Mercantile & Music as promised. They, too, loved the look and feel of the flute and invited me to jam with them once I became accustomed to it.

Ironically, Fred had just returned from Guthrie, Oklahoma, where he had purchased a Martin DSS17 guitar. It was purchased from Byron Berline owner of the Double Stop Fiddle Shop. The guitar was a wonderful find for Fred. It, too, is simple and beautiful, with a depth of tone hard to find. He feels the same as we feel about the flutes. He said, “It’s not for sale.” He does, however, have a story to tell about the previous owner.

In his mother’s honor, Tommy is building a house on inherited land with family nearby. He claims it is his last major project. He builds his flutes at night. He tests each length and diameter and makes sure every flute has a beautiful sound close to the key of G. The flutes can be purchased by sending a $50 money order to: Tommy Wildcat, P.O. Box 1418, Tahlequah, OK 74465.

Simple is beautiful and a heartful of joy is priceless. It will be a blessing to you.