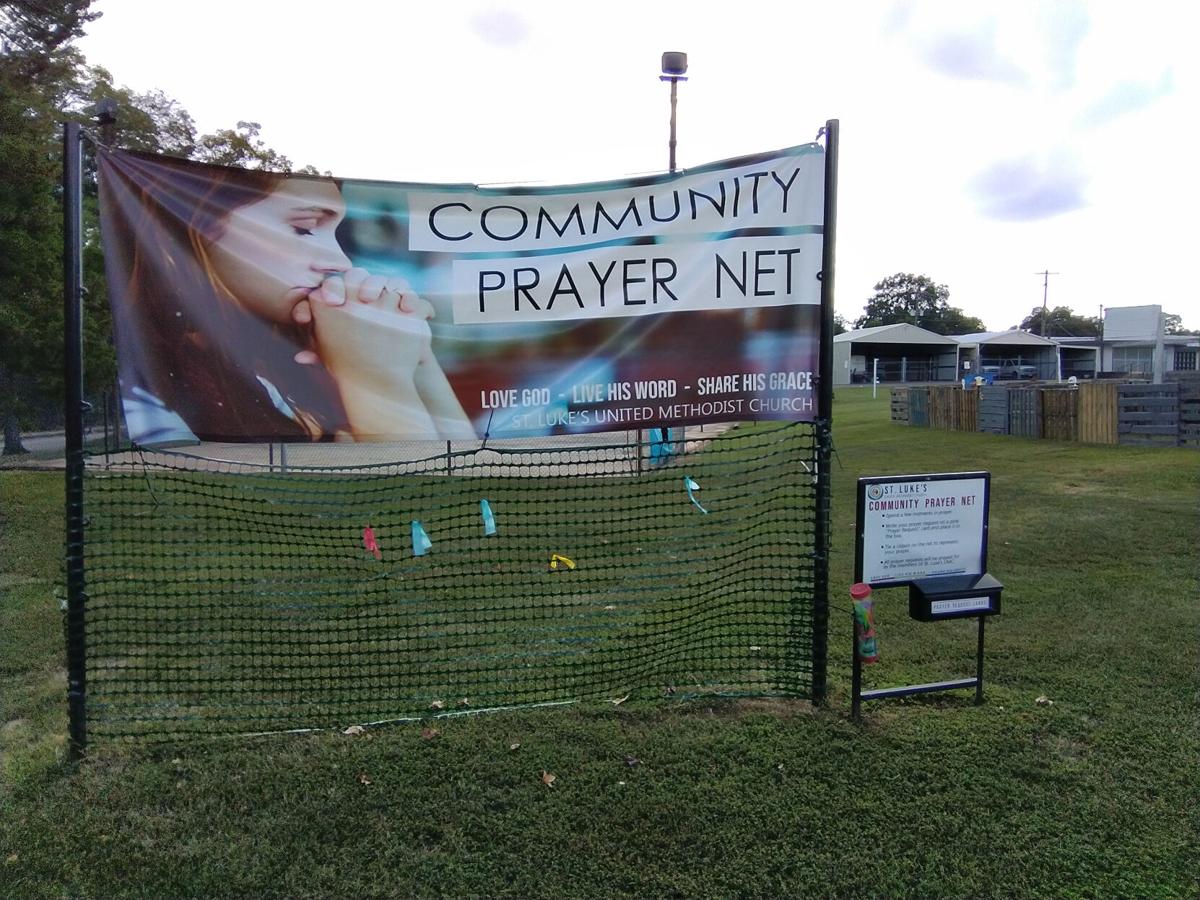 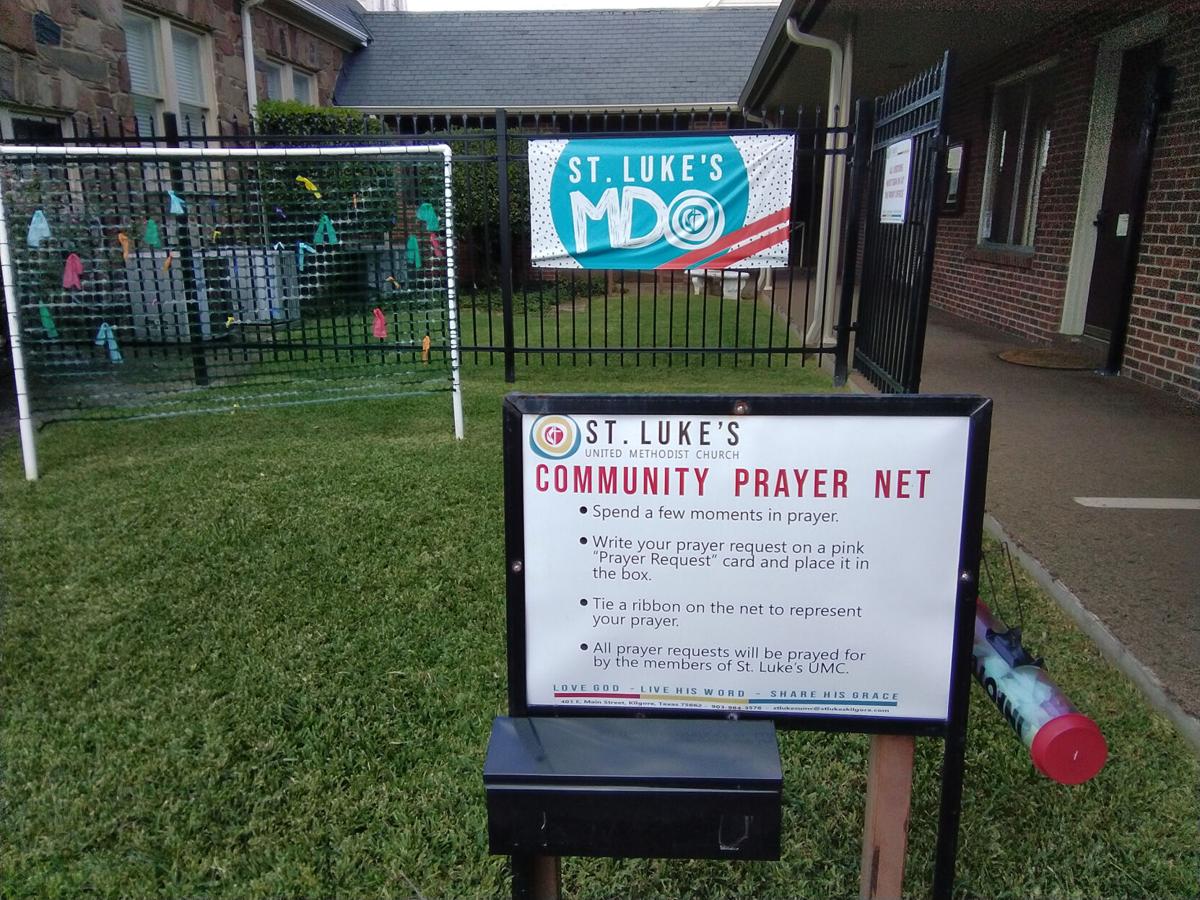 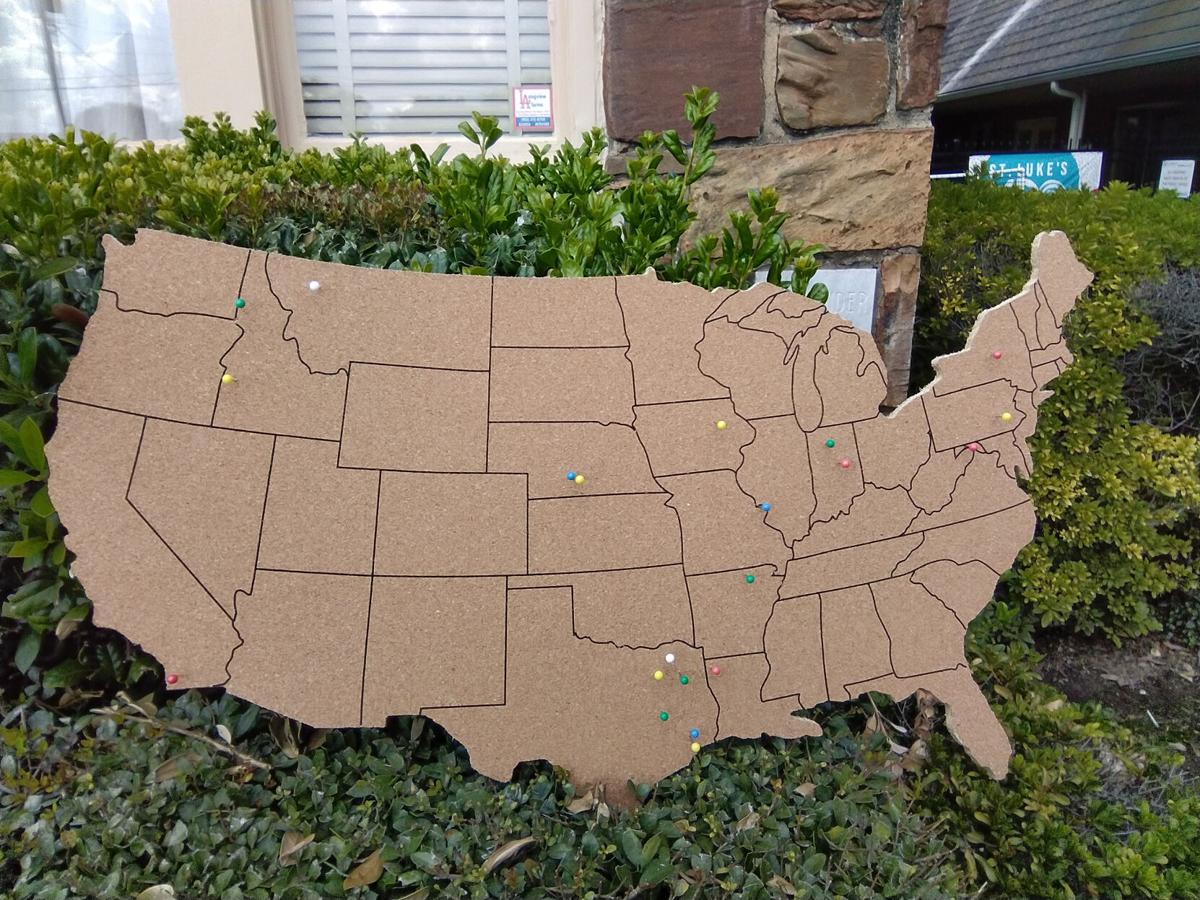 A map shows where prayer nets have been delivered in the U.S.

A map shows where prayer nets have been delivered in the U.S.

It was in May 2009 when the Rev. Darwood Galaway led his congregation in prayer at the net in front of St. Luke’s United Methodist Church. The Prayer Nets, based on Bible passages found in Luke 21, went up into two locations, one in the front of the church on Main Street and the other in the back on North Street.

At the time, Reverend Galaway said, “All are invited to the net for prayer.” It became a mission to the church to reach out to the community and beyond, offering from the heart a time of prayer and petition for anyone seeking solace, healing and help from the Lord. Prayer ribbons were used to tie onto the net to indicate to the reverend, staff and church members new requests had arrived. Gathering at the net for prayer became a common practice. The community realized they could receive prayer without being shamed for not being in church; the ribbons began to fill the net and the requests started pouring in.

Fast forward to six months ago, when St. Luke’s Prayer Ministry decided to regroup and expand the prayer net across the United States.

Glenda Cochran, a church member of 44 years said, “The Prayer Net has been revived and a little different than previously. Now, we have two prayer groups who meet every Tuesday to read and pray over the requests. One group meets on Tuesdays at 8 a.m. and the other one meets in the evening for prayer. Each one is individually read and prayed over. We want people to know this is not a Methodist thing or a St. Luke’s thing; it is a God thing and prayer is for everybody.”

Letters have also been sent out and continue to go out asking other churches and organizations to join them in prayer and putting up prayer nets.

Members Dean and Cathy Miller have taken upon themselves to deliver prayer nets to other states across the country.

Dean said, “We have an RV and we like to travel. The first trip out with prayer nets was to an RV rally where 2,000 people met daily for a devotional. Nets were distributed to interested parties there. We will do the same thing in Hutchison, Kansas in a couple of weeks although the rally will not be quite as big as the first one. Some people will say “yes” and others will say “no.” That is quite alright. To offer the net is something we like to do and is part of our mission dream.”

As of date, 26 prayer nets have been sent, delivered and erected in 13 states and are marked with pins on a United States map found at St. Luke’s. They are striving to have nets delivered to all 50 states and to join each other in prayer. It starts in your own backyard. Our community is being asked to join in by erecting prayer nets at their churches or yard and any place people would feel comfortable having prayer.

If you need a net, please call St. Luke’s United Methodist Church at (903) 984-3576. Help them see the prayer net go viral across the United States and beyond. Matthew 18:20 “For where two or three are gathered together in my name, there am I in the midst of them.” What a glorious thought.

IF YOU are searching for Lion’s Club raffle tickets to purchase, Randy Renshaw dropped some off at the KNH office at Suite 103, 1100 Stone Road in Kilgore. The drawing is Oct. 30 at the Carnival, but you don’t have to be present to win. The prizes are magnificent this year.

NEEDING TO KNOW: Does anyone know the exact location of Newton Flats near Kilgore? If so, please contact me as shown below.

BACK TO BASICS: “Do you realize how many people break bones that was hardly ever heard of when we were growing up?” I asked my brother recently. Automobile accidents were it. Can you think of how many times we rolled down a hill, fell out of trees, flew over bicycle handlebars, thrown from horses and motorcycles and got up with barely a scratch?

But, wait, how long has it been since you have drank a glass of whole milk? What we thought was being cursed then is a blessing now as we were raised on a farm with fresh vegetables, cows, hogs, chickens. Three glasses of milk at each meal was practically mandatory and one with dessert kept us loaded in calcium. Now, we have gone to 2 percent, which means all of the good stuff like real cream, butter, buttermilk was skimmed or churned off the top of milk we couldn’t sell or drink and that 2 percent left went into the hog slop (feed). Now, we buy it and drink it. No wonder, we have to take shots (excuse me, infusions) to glue our bones together! How’s that for food for thought? More to come — join in when you get ready.