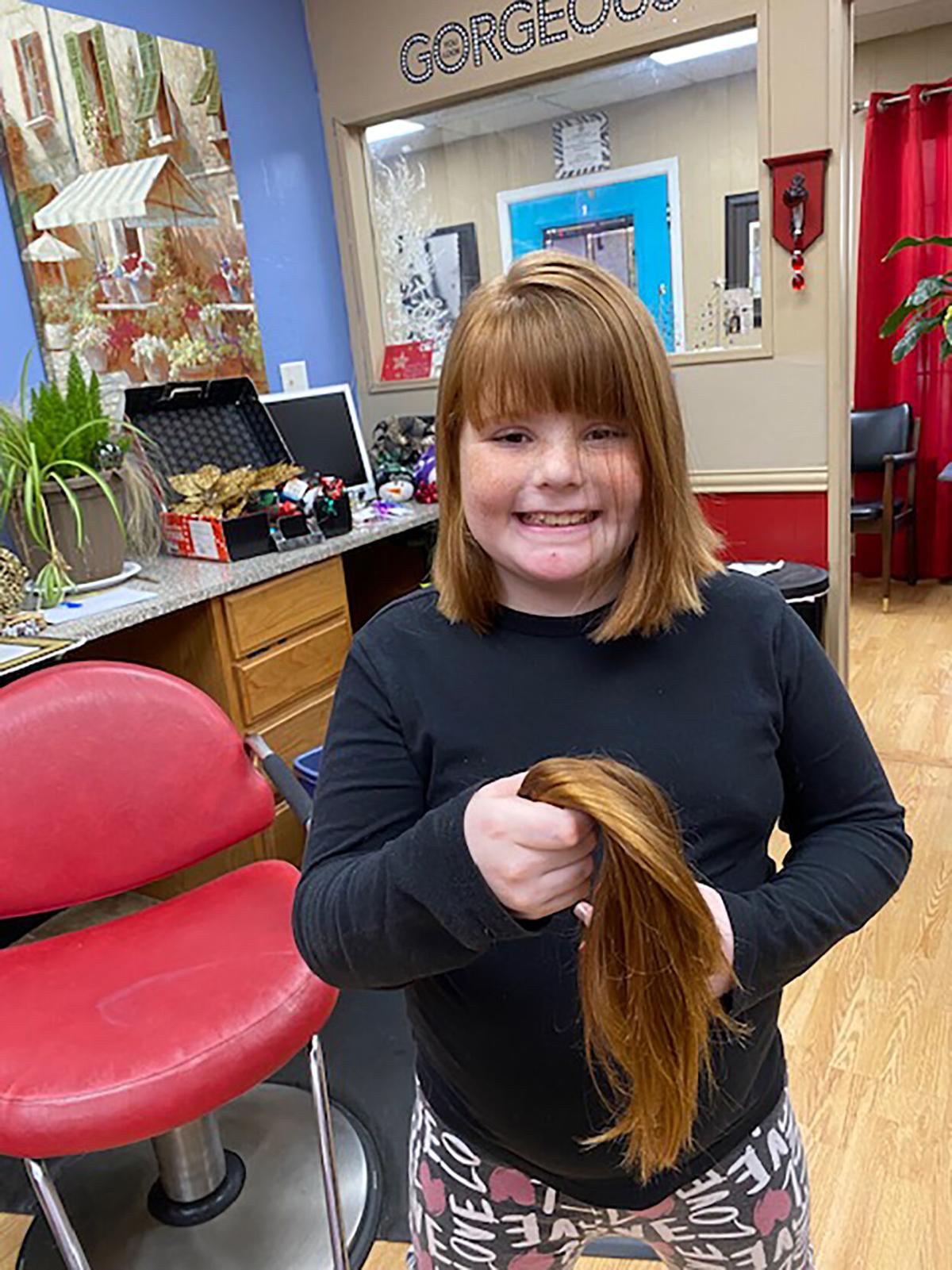 Laurie Thrower owner of Laurie’s Hair Day is shown with Briana Long, 8, who is a second time donor for Wigs for Kids. This is Laurie’s 23rd year to send donations to Wigs for Kids. 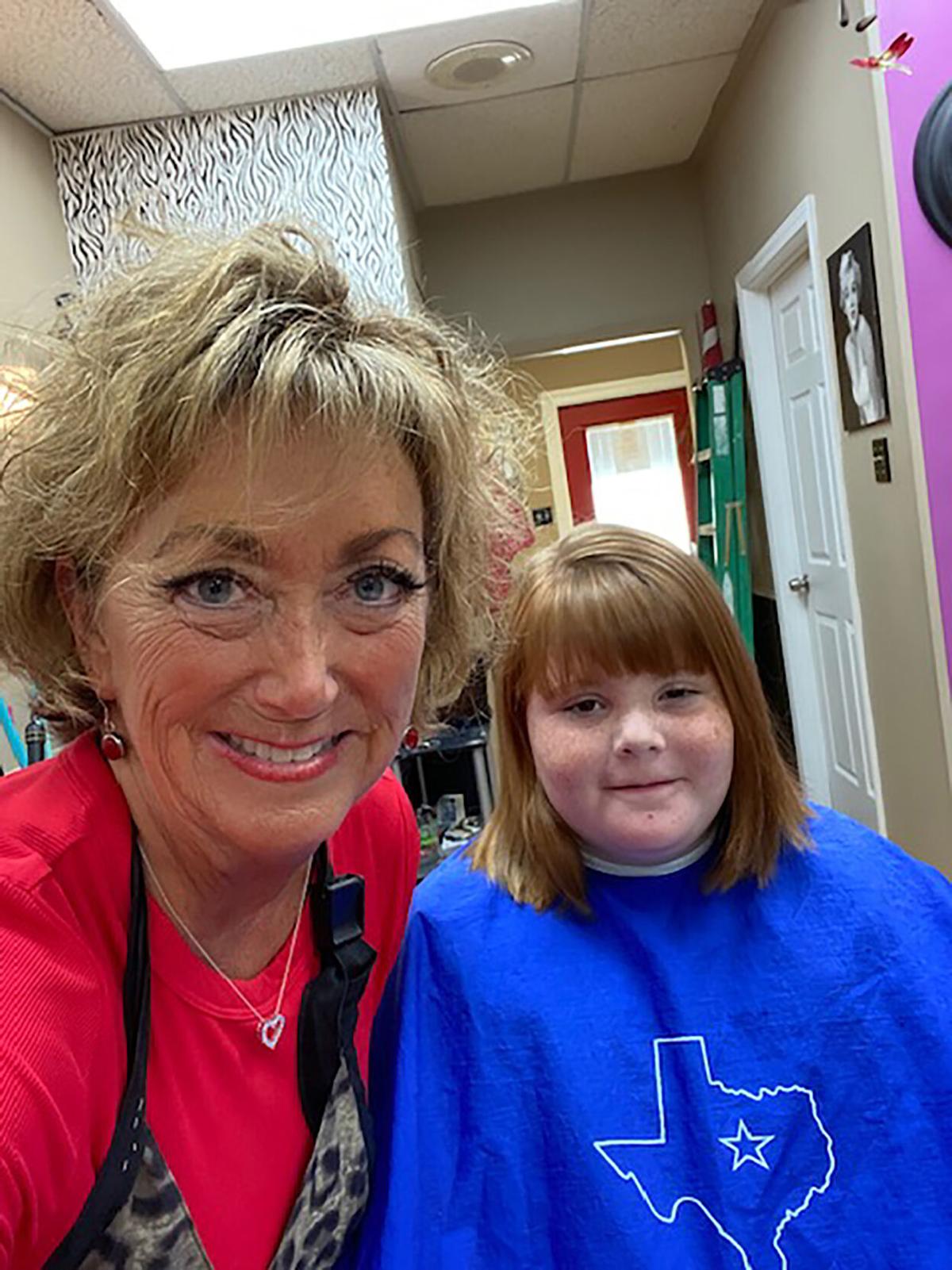 Laurie Thrower owner of Laurie's Hair Day is shown with Briana Long, 8, who is a second time donor for Wigs for Kids. This is Laurie's 23rd year to send donations to Wigs for Kids. 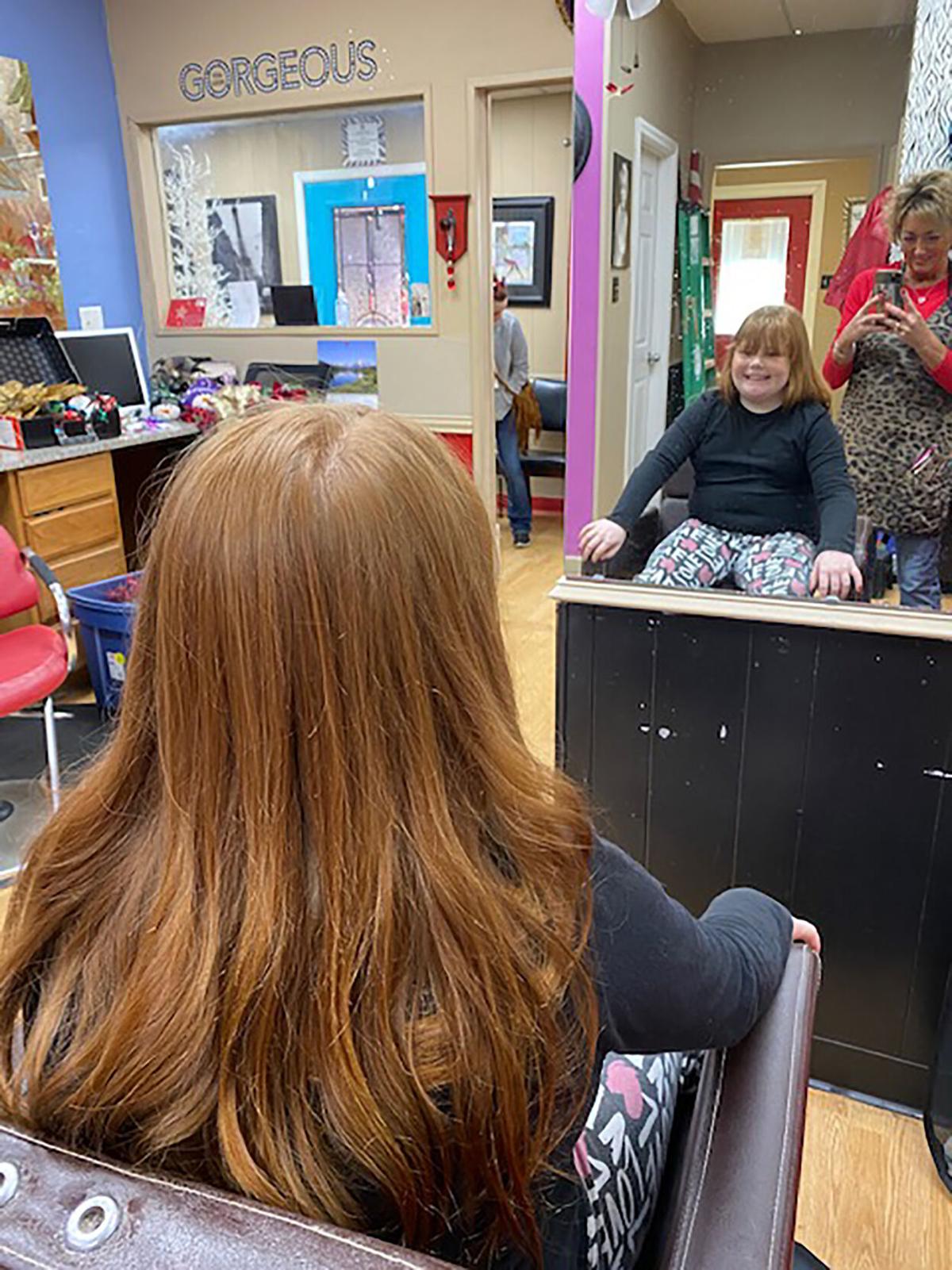 Above and below, Laurie Thrower owner of Laurie’s Hair Day is shown with Briana Long, 8, who is a second time donor for Wigs for Kids. This is Laurie’s 23rd year to send donations to Wigs for Kids.

Laurie Thrower owner of Laurie’s Hair Day is shown with Briana Long, 8, who is a second time donor for Wigs for Kids. This is Laurie’s 23rd year to send donations to Wigs for Kids.

Laurie Thrower owner of Laurie's Hair Day is shown with Briana Long, 8, who is a second time donor for Wigs for Kids. This is Laurie's 23rd year to send donations to Wigs for Kids.

Above and below, Laurie Thrower owner of Laurie’s Hair Day is shown with Briana Long, 8, who is a second time donor for Wigs for Kids. This is Laurie’s 23rd year to send donations to Wigs for Kids.

There was a movie released in 1963 by Alfred Hitchcock called “The Birds.” In the movie, a huge assault starts on the town by attacking birds. Those who have watched the movie never forget it, and leave it to Smitty at Smitty’s Firearms to remind us of it during a conversation where he was telling about having to dodge birds in a local, but, not locally owned, farm store in Kilgore.

He said, “They have always had one or two flying around in there, but, they have grown to being ridiculous. It’s bad when you have to duck to prevent one from flying into you. Until they do something about it, I don’t plan on going back.”

He’s not the only one that feels the birds have taken over as that seems to have been the conversation all day.

“The buzzards have taken over at City Hall and the Centennial Park at the corner and other businesses nearby,” said Eddie Holley. They have desecrated the area, and Nelda Lewis would be appalled to see the park like that. The city can’t do anything about it. The birds are federally-protected — it takes a licensed trapper and a permit to clear them out.”

The birds are protected by the Migratory Bird Treaty Act, but Eddy had another suggestion. He said, “There is a laser mechanism called an Agrilaser that you can direct toward the birds. Birds will perceive the laser as danger and fly away. It is worth a try.”

Of course, we could always do like the City of Gilmer did in 2019 when they tried to shoo them away legally with pyrotechnics. Maybe some of their birds migrated to our direction.

Of all subjects, why talk about birds? Before this day was complete, a conversation was overheard to someone who cleaned fireplace chimneys. Before the call ended, the lady said, “Is it possible for you to put a screen on the chimney to keep the birds out?” The relief on her face was priceless.

SPEAKING OF THE MOVIES it is sad to have lost beloved actress Betty White this week. The death of such a wonderful icon has stirred reactions from all generations and across the world, and especially to Kilgoreite Theresa Nix.

During an interview in June 2021, Theresa said, “Betty is my Daddy’s sister. She was born in Illinois, but my dad, Latha Barrett “Bob” White was born in Macon, Georgia. Betty called my grandmother every holiday when I was growing up. My grandmother, Lillie Teresa Hotfelter lived in Marshall, and my family would be there to celebrate holidays with her.

“My daddy died when I was 18 months old and I remember the first time she visited with me over the phone.” She said, “This is your Aunt Betty.” And I said, “I don’t have an Aunt Betty.” Grandmother thought that was funny, but Aunt Betty replied, “I am your daddy’s sister. He was a cabinet maker.”

Theresa continued, “I never got to actually meet her. Conversations always took place over the telephone; always on a holiday until my grandmother passed away and the rest of us lost touch with Betty.”

Theresa’s whit is equivalent to Betty’s; she has a photogenic memory, an “eye” for detail and is ambidextrous. Theresa is a giver and not a taker — where her aunt was an animal advocate, Theresa is a kid advocate and gives garage sales periodically so she can buy those less fortunate clothing and other necessities.

She has been married for 41 years to her “best friend” Ronnie. They have two daughters: Tiffany, who lives in Overton with husband Logan, and their daughter Misty and husband Justin, with two children Maverick and Ella, who lives in Henderson.

They are sad an actual meeting with “Aunt Betty” never took place, but Theresa treasures those phone calls and would love to connect with her stepchildren.

WIGS FOR KIDS will be receiving a donation from Laurie’s Hair Day soon thanks to those like 8-year-old Brianna, who made her second donation to owner/stylist Laurie Thrower on Wednesday evening. Brianna, along with her fraternal twin Aubrey, first donated locks at the age of six during February 2020. It was the first time Laurie had the pleasure of cutting the twins’ hair for donation.

Laurie said, “It was a big deal to me that Brianna came back the second time.”

Laurie is known to cut as much hair for men as she does ladies for the Wigs for Kids charity. She donates her time to accommodate work schedules; the preparation of the locks as specified by the organization and mailing.

There is also no charge for her cutting and styling the hair. Laurie has been donating to Wigs for Kids for the last 23 years. If you have hair you would like to donate, she can be reached at (903) 984-5150.

DOWNTOWN KILGORE comes alive again this Saturday as Kilgore Mercantile & Music hosts an open Bluegrass Jam. If you want to join, bring your instruments or your voice or just come and enjoy the entertainment. If it is too cold to enjoy the ice cream go for the hot chocolate. Starts at 4 p.m.