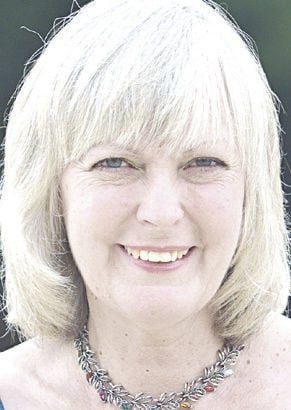 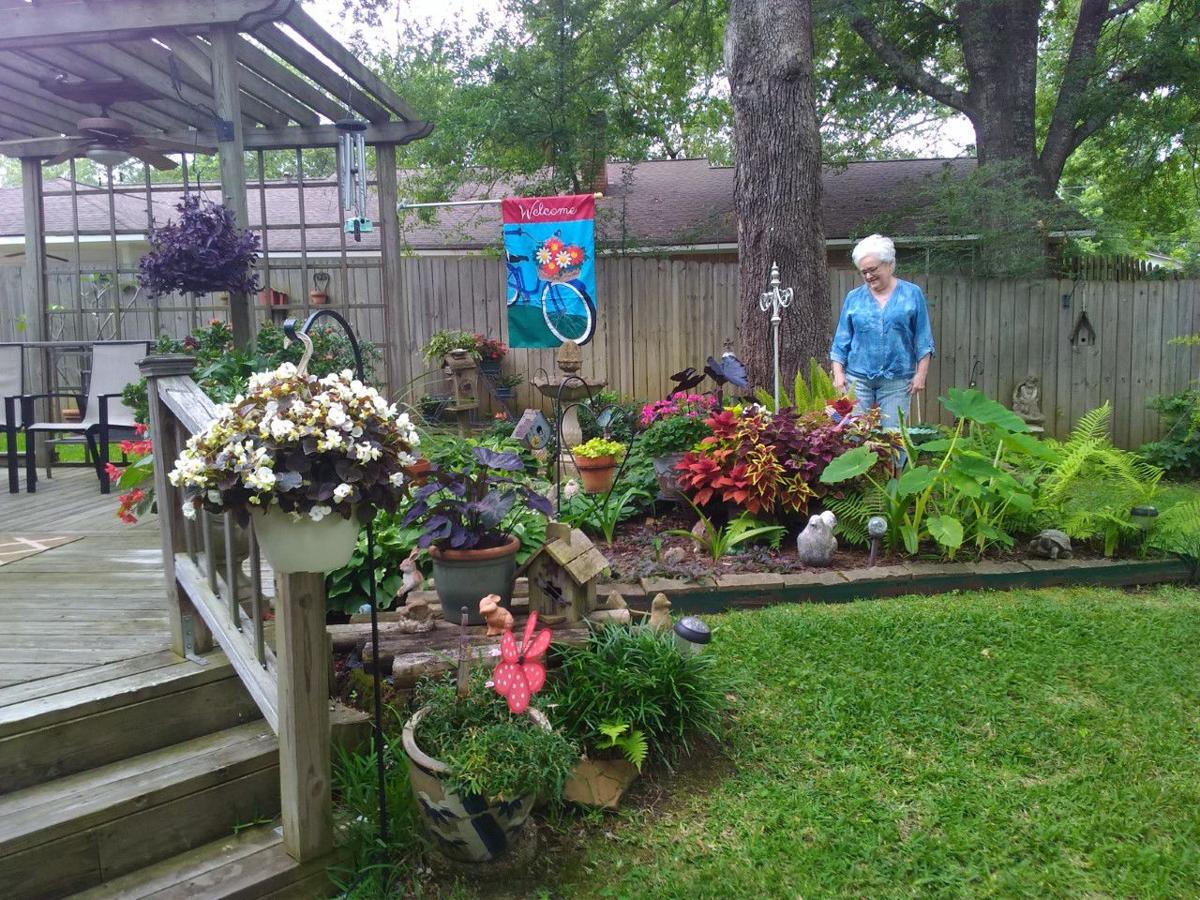 Sonya Dupree overlooks a portion of her backyard, which many neighbors have dubbed a paradise. Sonya has been a Kilgore resident since 1983. 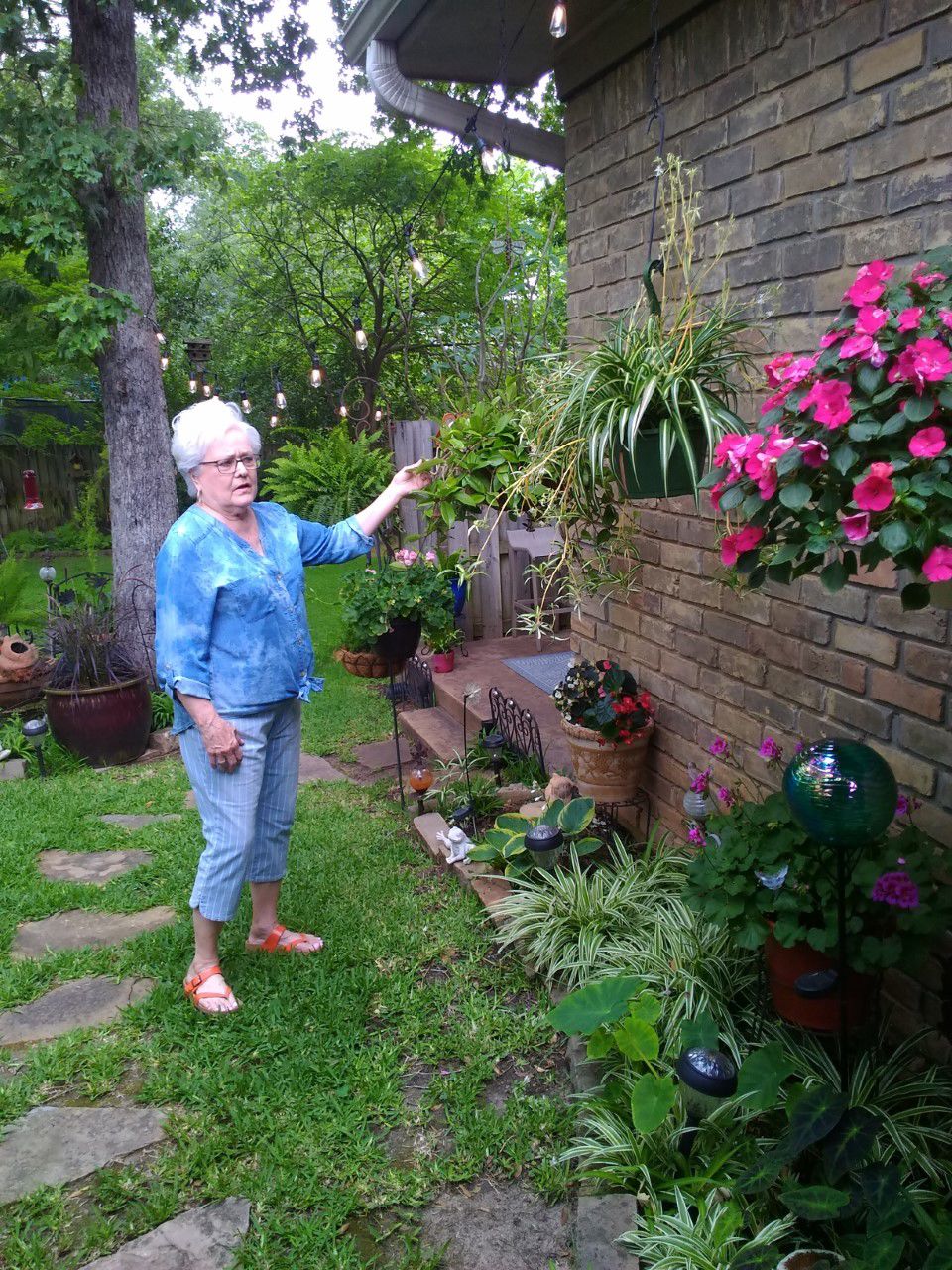 Use this photo with Chit-Chat 1, but just that one cutline that's on Chit-Chat 1. This photo doesn't have to run if not needed. 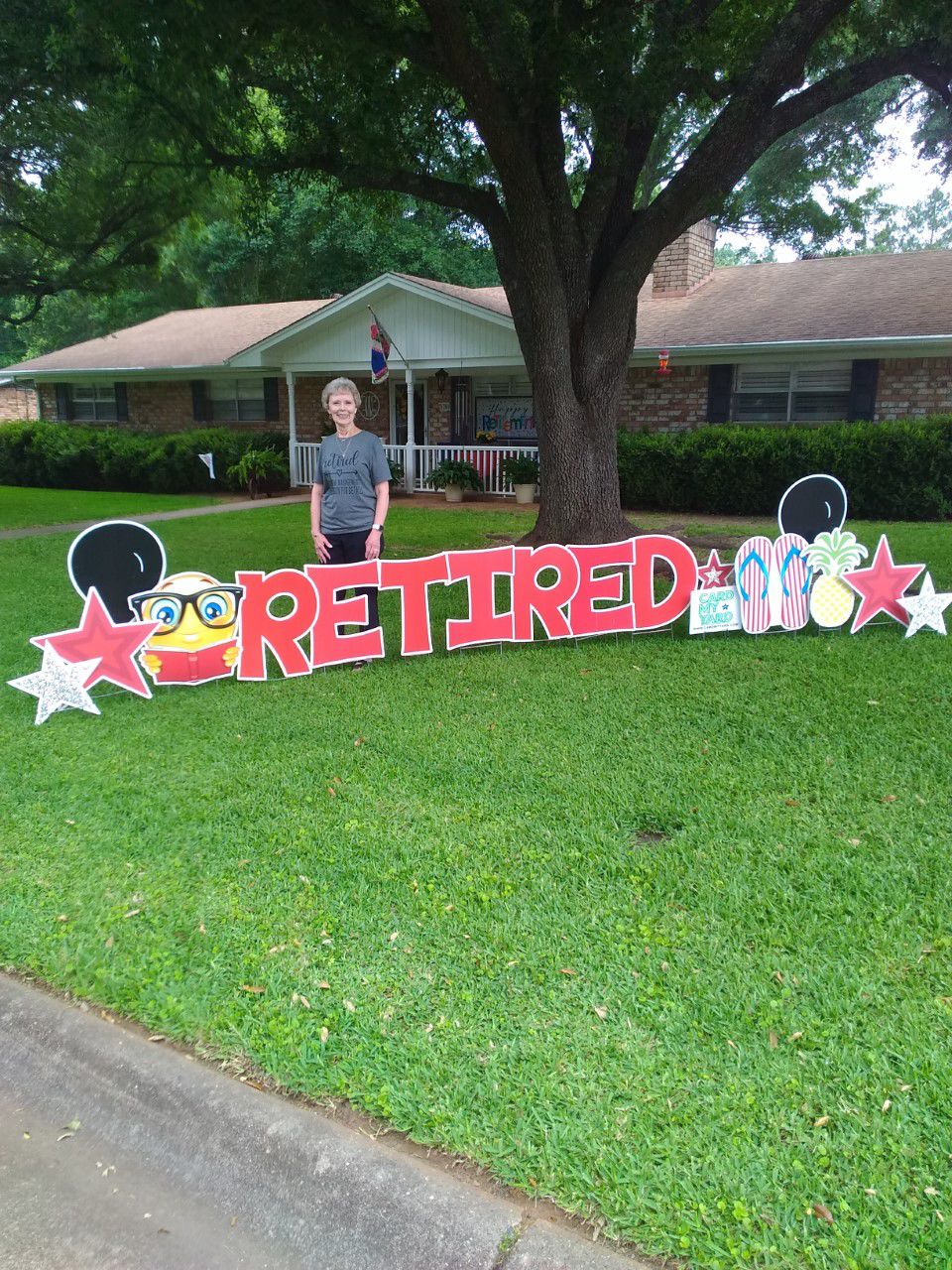 Former Kilgore Middle School librarian Diane Wimberly recently retired after 24 years, and was given a retirement celebration, complete with this sign.

Sonya Dupree overlooks a portion of her backyard, which many neighbors have dubbed a paradise. Sonya has been a Kilgore resident since 1983.

Use this photo with Chit-Chat 1, but just that one cutline that's on Chit-Chat 1. This photo doesn't have to run if not needed.

Former Kilgore Middle School librarian Diane Wimberly recently retired after 24 years, and was given a retirement celebration, complete with this sign.

It is a hidden spot and would be the envy of many if they only knew of its existence.

Her neighbors refer to it as a paradise island and feel it should receive a paradise of the month sign according to one particular neighbor. During the day it is virtually alive with the melodies of birds and rabbits venturing around to check out the lush green and beautifully landscaped yard.

As beautiful as the front is, the real paradise is found when you step through to the backyard, so keenly cared-for you can feel the love permeating from every plant, every yard ornament and from each of three separate seating areas including the patio, the far corner of a yard and cozy spot that once held outdoor cooking turned into and now a place for peaceful meditation at the end of the day.

Pristine and artfully thought-out, it can be easily called a labor of love.

Sonya Dupree loves decorating her home, and has taken the aesthetic beauty of the inside to the outside, especially after retiring.

She is a Texan, having been born in Paris and later attending twelve years of school in Terrell. She met and married Wayne and lived in Atlanta for 22 years, where he was co-owner of Atlanta Motor Company before coming to Kilgore in 1983.

“My husband was the general manager for Ringler Chevrolet,” she said, “then for Dusty Rhodes Ford, and then bought cars from many others for dealerships. He was in the automobile business most of his life.”

The couple had two daughters and Sonja didn’t work when they were small, but after moving to Kilgore, she took classes at Kilgore College and became a legal assistant. She worked for three different law firms in Longview for 19 years.

“I worked as Court Coordinator for U.S. District Judge T. John Ward for approximately eleven years and retired in 2010 at the age of 71,” she said. “After retirement, I traveled with my sister, Helen on many interesting trips, including Hawaii, three times to New York, San Francisco and Charleston. Our husbands didn’t want to go with us, and so we made the trips by ourselves.”

The trips ceased when Wayne became ill, she said. “I stayed beside him the last three years of his life.”

Wayne Dupree died in June, 2019. The couple had been married for 58 years.

Sonja said, “The garden is my therapy. I like to watch things grow and I love flowers and when evening comes you can find me sitting out there. It is relaxing to me; sort of mesmerizing and so peaceful.”

One particular plant she is fond of hangs near her favorite seating spot.

Although she is friends with several garden club members, Sonja does not belong to any garden club. She readily admits that after retirement, she preferred not to be involved in any more organizations.

Sonja is a member of Joyful Martha Sunday School class and has been for many years at First Baptist Church in Kilgore. She loves to go antiquing to estate sales, and has a love of reading and keeps her Kindle nearby.

One daughter, Judith Ott, lives in Longview and the other, Jennifer Dupree, lives in Richfield, MN. She has one grandson Cameron Ott, a student at Stephen F. Austin University, who she feels has been a life-saver for her this last year since losing her husband.

Sonja is now 80 years old. She said, “A lot of my plants come back every year and some stay green year around. In the spring, I add flowers and every year I tell myself I will not be buying any more next year, although I always do.”

She has created a paradise for her neighbors, friends and those she holds dear. The love can be felt.

CONGRATULATIONS go out to Diane Wimberley, who recently retired after 24 years from the Kilgore Middle School Library. Her house, yard and mailbox were tactfully decorated for the big event on Wednesday as a drive -by celebration took place.

Diane said, “The principal arrived with a big platter of cookies and then teachers and students started driving by wishing me well. It was fun, and several of them ended up staying, so the whole day has been wonderful.”

She and her husband are looking forward to getting to play with their new five-week old grandson, Noah. Noah’s parents are Joah and Heather Wimberley. Heather teaches at Kilgore Primary, and Josh is with Laird Insurance in Longview.

May His love and laughter fill your hearts and your homes throughout the week. We may be reached at (903) 984-2593 or chitchatlinda@aol.com.