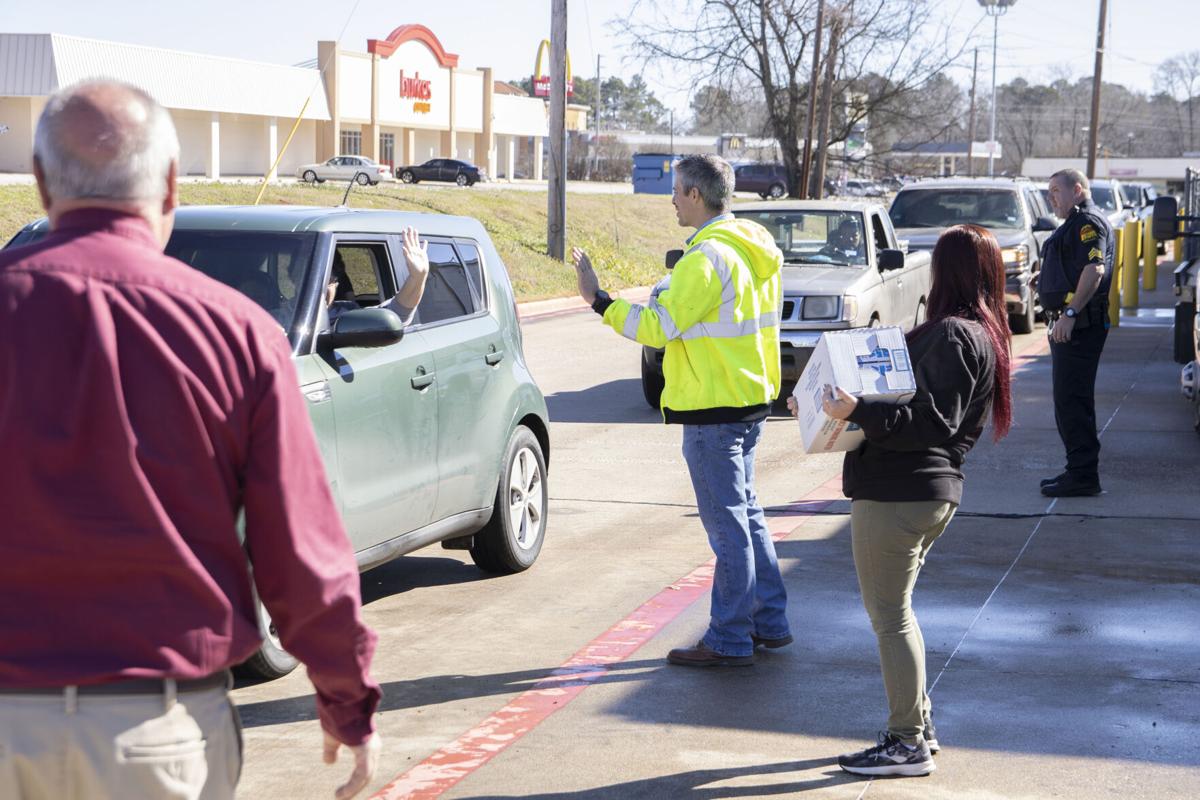 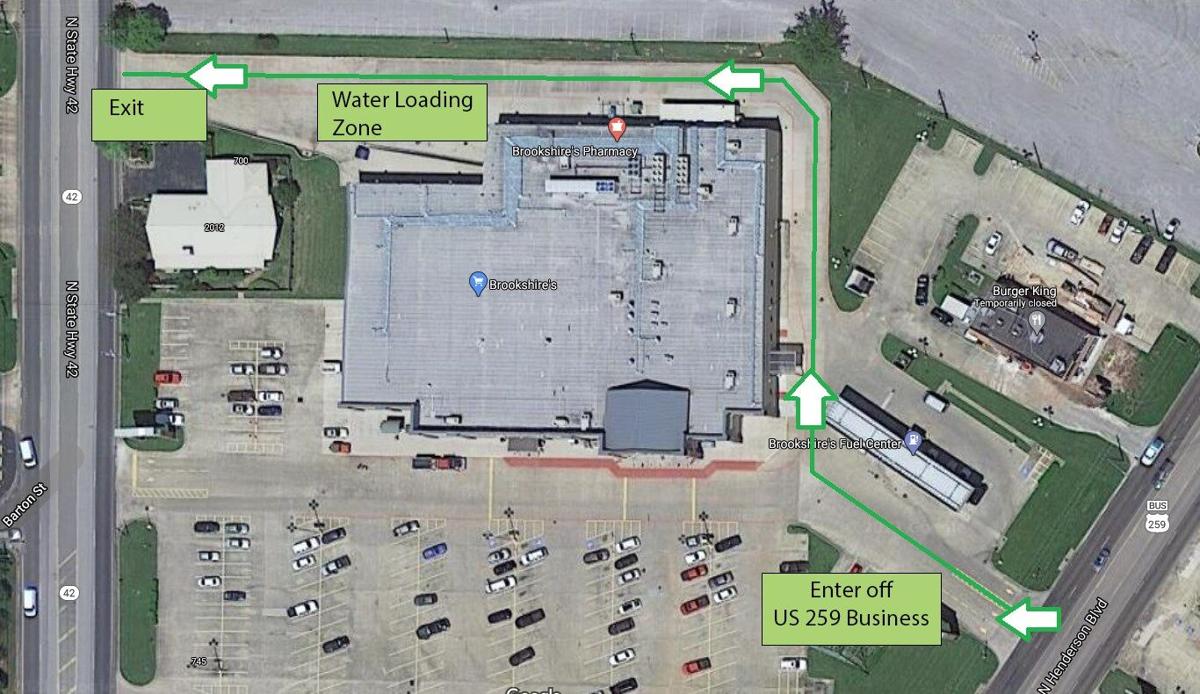 At 10 a.m. Monday, Kilgore first responders, alongside city staff, were coordinating the second community-wide distribution of bottled water behind Brookshire's on Hwy. 259.

The Texas Department of Emergency Management coordinated with Gregg County Sheriff's Office to arrange the emergency delivery but the effort was overseen by KPD Support Lieutenant Terry Linder.

"He is the city's director of emergency management," Woodall said.

"He's the one that filled out all the paperwork. He sent requests to everybody. I know he's the one who found this," he added, gesturing to the stacked cases of water.

Monday's efforts were preceded by another water distribution event Saturday, when 1,700 cases of water were distributed to locals.

While weather and road conditions are much improved since the weekend, Woodall noted the city is still urging strict water conservation as repairs are made to city water pipes and residential plumbing across the city.

"Don't wash down your driveway, don't wash your car. Do one load of laundry today. The good news is you can shower," he said, adding folks may want to wait a few days to wash white clothing because, as the well field comes fully back online, the water may be contaminated with iron. He also said the city is still under a boil water advisory and water straight from the tap is not safe for human consumption (unless boiled first) until further notice.

Lt. Linder, who joined the relief effort during the first snowfall last Sunday night, said he and other first responders had been unable to count how many locals came by for water supplies Saturday.

"We don't even know how many came by Saturday. We figured out it was about 1,700 cases of water. We're giving anywhere from one to three cases per car. At first, we thought about having someone try to track it, but then we had about 40 people in the line and we tried to keep the line moving to keep it from backing onto Highway 42,"  Linder said.

More than 100 vehicles came by to pick up water Monday morning at the second distribution event, which began at 10 a.m., with some drivers picking up extra cases of water to deliver to friends and neighbors.

Before the distribution began, Linder said, KPD and 7 local volunteers had made hundreds of deliveries of water when the snowy weather was at its worst, as many in Kilgore were snowed in at home without water as the local well field and citywide water pipes were plagued with dozens of small leaks and ruptures caused by the bitterly cold freeze.

Linder said a third water distribution event was in the works, as a Brookshire's truck will soon be on the way to restock the store and the distribution effort. However, an exact date for the next event isn't yet finalized, as other communities statewide are dealing with the aftermath of the days-long winter storm.

Original Post: An emergency water distribution point, as well as a drive-by produce pick-up, are taking place today in Kilgore as the city recovers from recent winter storm.

The Helping Hands Food Pantry is hosting a drive-by produce pick-up today from 10 a.m. to noon at 201 S. Martin St.

The City of Kilgore is conducting another water distribution behind Brookshire's beginning at 10 a.m. The traffic pattern is the same as Saturday: enter off U.S. 259 Business, drive between the fuel station and pharmacy drive-thru, take the back driveway towards Texas 42. When exiting onto Texas 42, take a right toward Kilgore Street.

The city is still asking residents to conserve water, and any city water used for drinking or consumption must be boiled for two minutes beforehand.

"We have had another day of moderate progress restoring the water system, but conservation is the only way to return the system to normal quickly," the city said in a note Sunday night.

Residents are encouraged to avoid using water between 5 a.m. and 2 p.m.

"At this point all parts of our system have some level of water pressure," the city said. "If you do not have any water flowing when you open your faucet, you may have a leak or your water may have been shut off because you had a leak. Please continue checking your property and you neighbor's for signs of leaks as we know from the continued high water demand that there are many undetected leaks still in the system."

The Kilgore Public Library will be going curbside-only until further notice because of the city's water issues.

Patrons can also message the library via its Facebook page or email kilgorelibrary@cityofkilgore.com.