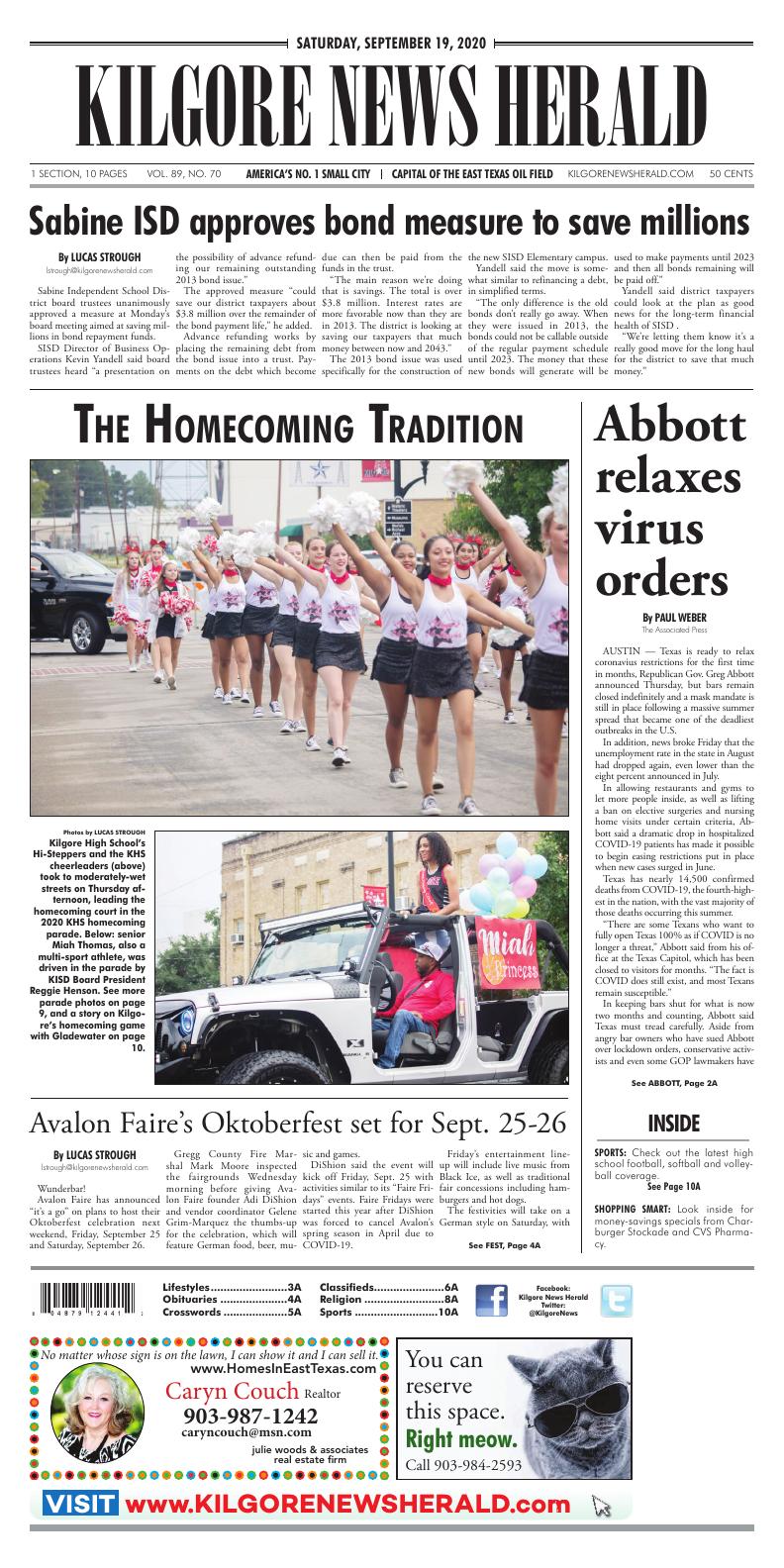 The approved measure “could save our district taxpayers about $3.8 million over the remainder of the bond payment life,” he added.

Advance refunding works by placing the remaining debt from the bond issue into a trust. Payments on the debt which become due can then be paid from the funds in the trust.

“The main reason we’re doing that is savings. The total is over $3.8 million. Interest rates are more favorable now than they are in 2013. The district is looking at saving our taxpayers that much money between now and 2043.”

The 2013 bond issue was used specifically for the construction of the new SISD Elementary campus.

Yandell said the move is somewhat similar to refinancing a debt, in simplified terms.

“The only difference is the old bonds don’t really go away. When they were issued in 2013, the bonds could not be callable outside of the regular payment schedule until 2023. The money that these new bonds will generate will be used to make payments until 2023 and then all bonds remaining will be paid off.”

Yandell said district taxpayers could look at the plan as good news for the long-term financial health of SISD .

“We’re letting them know it’s a really good move for the long haul for the district to save that much money.” 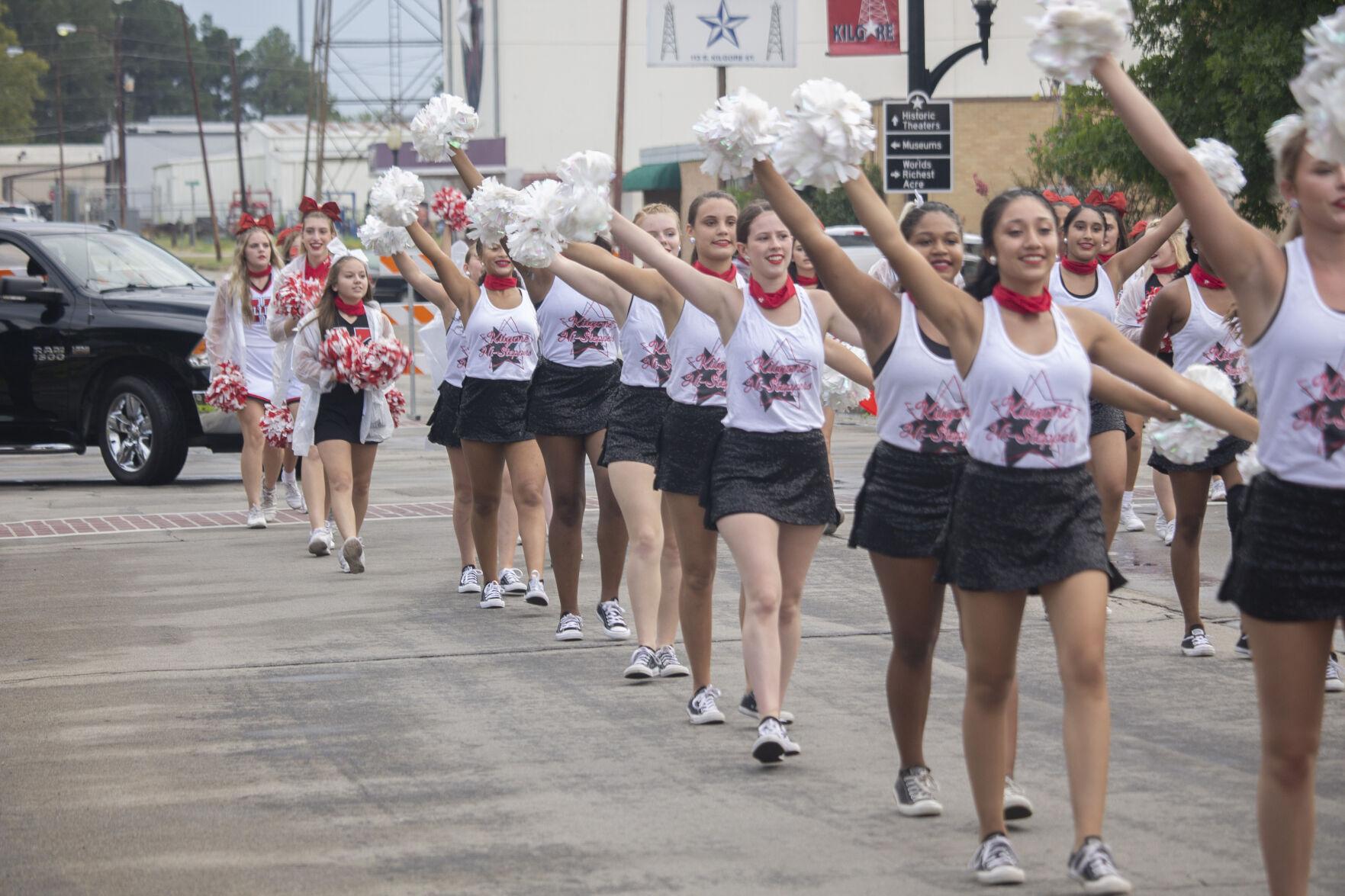 Kilgore High School’s Hi-Steppers and the KHS cheerleaders (above) took to moderately-wet streets on Thursday afternoon, leading the homecoming court in the 2020 KHS homecoming parade. Below: senior Miah Thomas, also a multi-sport athlete, was driven in the parade by KISD Board President Reggie Henson. See more parade photos on page 9, and a story on Kilgore’s homecoming game with Gladewater on page 10.

Lifestyles
IT'S A GO! | Avalon Faire's Oktoberfest set for Sept. 25-26

DiShion said the event will kick off Friday, Sept. 25 with activities similar to its “Faire Fridays” events. Faire Fridays were started this year after DiShion was forced to cancel Avalon’s spring season in April due to COVID-19.

Friday’s entertainment lineup will include live music from Black Ice, as well as traditional fair concessions including hamburgers and hot dogs.

The festivities will take on a German style on Saturday, with games, German food and beer and the ever-popular Chicken Dance.

Next Saturday, guests can enjoy live music from Jen Ford and the Wide Eyed Devils and The Jukebox BOOMers.

Guests are encouraged to bring their own lawn chairs or picnic blankets for socially-distanced seating and face masks are advised for guests when they are not eating or drinking.

Hand sanitizer stations will be provided.

The news comes as a relief to Oktoberfest-loving Kilgoreites get relief after so many events, it seems, have been canceled or abbreviated due to COVID, including downtown’s annual chili cookoff.

Texas Gov. Greg Abbott speaks during a news conference where he provided an update to Texas' response to COVID-19, Thursday, Sept. 17, in Austin. (AP Photo/Eric Gay)

AUSTIN — Texas is ready to relax coronavius restrictions for the first time in months, Republican Gov. Greg Abbott announced Thursday, but bars remain closed indefinitely and a mask mandate is still in place following a massive summer spread that became one of the deadliest outbreaks in the U.S.

In addition, news broke Friday that the unemployment rate in the state in August had dropped again, even lower than the eight percent announced in July.

In allowing restaurants and gyms to let more people inside, as well as lifting a ban on elective surgeries and nursing home visits under certain criteria, Abbott said a dramatic drop in hospitalized COVID-19 patients has made it possible to begin easing restrictions put in place when new cases surged in June.

Texas has nearly 14,500 confirmed deaths from COVID-19, the fourth-highest in the nation, with the vast majority of those deaths occurring this summer.

“There are some Texans who want to fully open Texas 100% as if COVID is no longer a threat,” Abbott said from his office at the Texas Capitol, which has been closed to visitors for months. “The fact is COVID does still exist, and most Texans remain susceptible.”

In keeping bars shut for what is now two months and counting, Abbott said Texas must tread carefully. Aside from angry bar owners who have sued Abbott over lockdown orders, conservative activists and even some GOP lawmakers have railed against the governor of America’s biggest red state over a statewide mask mandate and business restrictions, and polls have shown his typically high approval ratings plummet.

Florida also abruptly closed bars in June as an outbreak spread through the South, but Republican Gov. Ron DeSantis began letting them reopen at 50 percent capacity last week. Bars remain under full closure orders in only a handful of other states, including Connecticut, which has one of the lowest infection rates in the country.

Under the new orders in Texas, restaurants and retail shops that until now have only been allowed to operate at half capacity can open up to 75% starting next week in most of the state. Nursing home residents will also be allowed to designate essential caregivers who will be allowed inside for visits.

The hard-hit Texas border is one of the few regions excluded from the relaxed rules because hospitalization rates there remain high.

“We’ve crossed the six-month mark of this crisis, and it’s no exaggeration to say that the next few weeks will make the difference between tens of thousands of businesses surviving the economic fallout, or being forced to close their doors forever,” the Texas Restaurant Association said in a statement.

Texas reported nearly 3,300 hospitalized COVID-19 patients as of Thursday, which is down nearly 70% from July’s peak. The percentage of tests coming back positive, which Abbott has previously described as one of the most crucial metrics in keeping tabs on the virus, has also plummeted into single digits. But Abbott on Thursday did not designate the infection rate as one of the criteria for opening, which follows weeks of local health officials raising doubts about the accuracy of Texas’ numbers amid a backlog of cases.

Democratic state Rep. Chris Turner, who leads his party’s caucus in the Texas House, said the announcement was notable for what Abbott left out.

“There was no mention of a contact tracing program, no mention of improving the state’s unreliable data and no mention of expanding Medicaid to increase access to health care for the millions of Texans who are uninsured,” Turner said.

On Friday, the Texas Tribune reported that six months after the coronavirus pandemic began choking the economy, Texas’ unemployment rate in August was 6.8 percent.

The rate, announced by the U.S. Labor Department, is an improvement from July’s 8 percent unemployment rate in Texas and progress from the state’s worst-ever jobless months — April and May — when Abbott closed or limited in-person commerce across the state.

The Texas Restaurant Association said in a statement Thursday that many restaurants “will continue to struggle to reach the occupancy cap because of the social distancing requirements.”

“We’ve crossed the six-month mark of this crisis,” the statement read, “and it’s no exaggeration to say that the next few weeks will make the difference between tens of thousands of businesses surviving the economic fallout, or being forced to close their doors forever.”

Mitchell Ferman of the Texas Tribune contributed to this story. 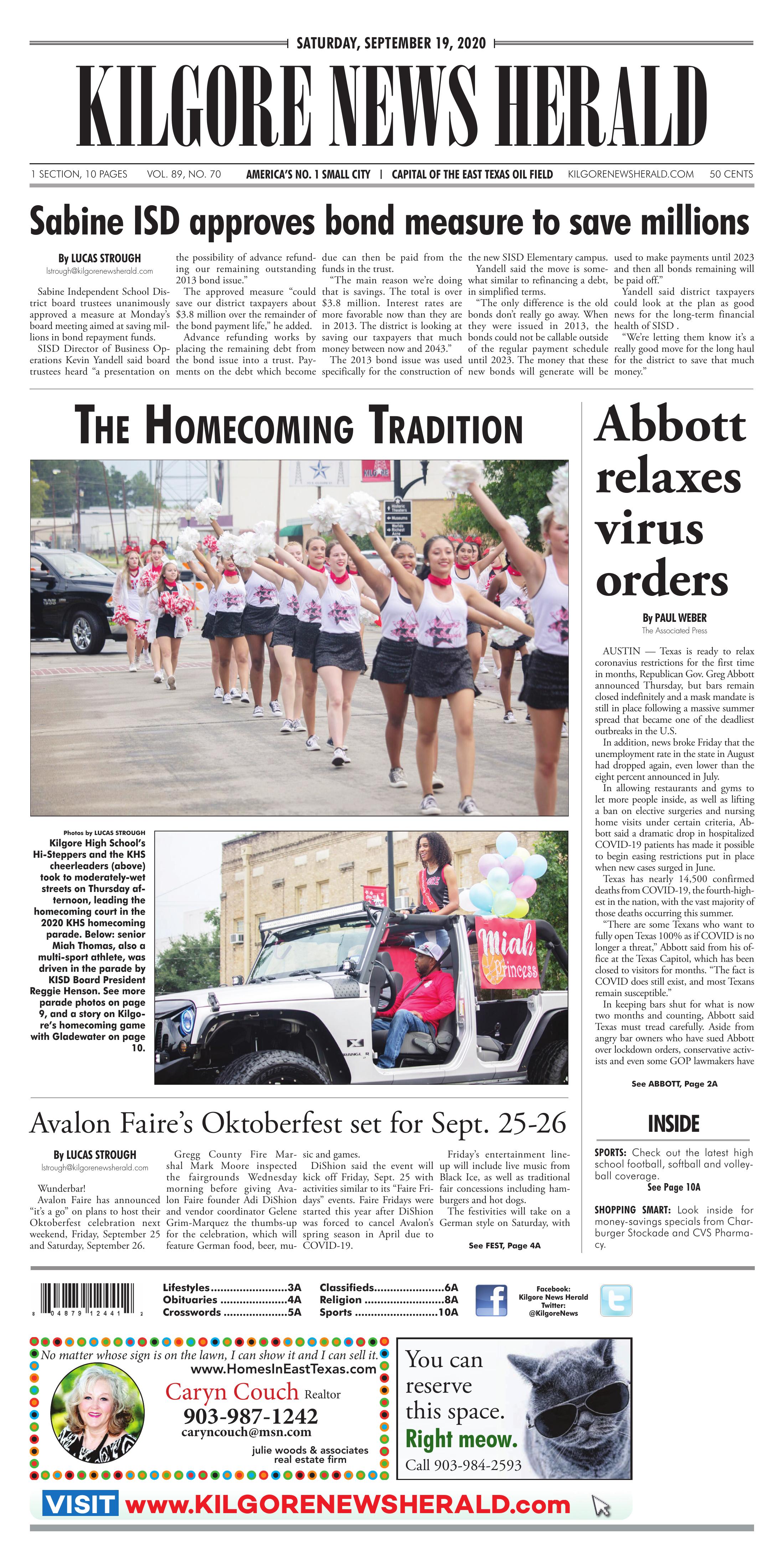